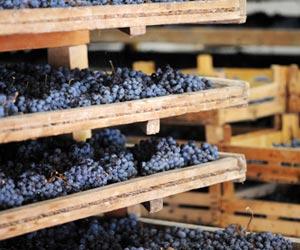 The Valpolicella Wine Consortium has recently announced the numbers for the first five months of 2021.  The numbers show around 30 million state seals were issued for the Valpolicella, Ripasso, Amarone and Recioto origins, which is 18% over 2020.

Compared to 2019, the increase is 14%.  Amarone, which after a disastrous January 2021 (-24.5 %), accelerated to a sensational 38 % increase by May 31. According to the consortium’s analysis, these are the best figures of the last decade. “A total of 7.4 million bottles were brought to market in this period, two million more than last year. Not only is the quantity excellent, but the performance also gives us hope. According to the latest price list of the Chamber of Commerce of Verona, the open goods have increased by 4.5 percent,” Christian Marchesini, president of the consortium, states. The figures are due to a combination of the restrictive measures of the consortium as well as the high flexibility of many small businesses, which immediately knew how to move on unfamiliar terrain like e-commerce and food retail.

Valpolicella achieved an overall growth of 14 % after a strong pick-up in the month of May (+48 percent). Ripasso closed with an increase of twelve %. Stocks are down for all typologies of Valpolicella, especially Amarone and Recioto. In May 2021, five million bottles less were registered than in May 2020 (-8 percent).