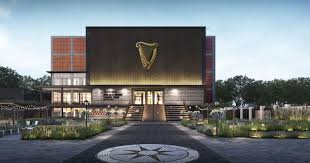 Starting August 3, 2018 Guinness beer will be brewed at its own U.S. brewing facility.

The $50 million project includes the construction of a mid-sized Guinness brewery, packaging and warehousing operations as well as a tasting room, retail store and visitor center at Diageo’s Relay, Maryland site.

The new brewery would feed Guinness’ innovation program by creating new beers for the U.S. market, but the vast majority of the brand’s world-renowned stout offerings would continue to be brewed at the St. James’s Gate facility in Dublin, the company said.

“Opening a Guinness brewery and visitor center in the US will enable us to collaborate with fellow brewers and interact with the vibrant community of beer drinkers,” Diageo Beer Company, USA president Tom Day said in a press release. “Given the success of our Open Gate Brewery in Dublin and the popularity of beer tourism in the US, we are confident that Americans will welcome the opportunity to come experience Guinness brewing in Baltimore County.”

The full press release is included below:

RELAY, Md., January 31, 2017 – Continuing the momentum from Diageo Beer Company USA’s positive half year financial results, Diageo today announced its intention to build a US version of Dublin’s popular Guinness Open Gate Brewery in Baltimore County, Maryland. As currently planned, the company would build a mid-sized Guinness brewery and a Guinness visitor experience with an innovation microbrewery at the company’s existing Relay, Maryland site. This new brewing capability and consumer experience, combined with a packaging and warehousing operation, would bring the company’s investment in Relay to approximately $50 million. The new brewery would be a home for new Guinness beers created for the US market, while the iconic Guinness Stouts will continue to be brewed at St. James’s Gate in Dublin, Ireland. Visitors would be able to tour the working brewery, sample experimental beers brewed on-site at the taproom, and purchase Guinness merchandise at the retail store. While finalization of these plans is still contingent on reaching agreement on several considerations, the project would represent a significant investment in Maryland in terms of economic development, job creation and tourism.

“Opening a Guinness brewery and visitor center in the US will enable us to collaborate with fellow brewers and interact with the vibrant community of beer drinkers,” stated Tom Day, President, Diageo Beer Company, USA. “Given the success of our Open Gate Brewery in Dublin and the popularity of beer tourism in the US, we are confident that Americans will welcome the opportunity to come experience Guinness brewing in Baltimore County. We appreciate the support we have received so far from state and local officials and look forward to continuing to contribute to the local community.”

The project would re-establish a Guinness brewery in the US after 63 years of absence. The new brewery and visitor experience would become part of Diageo’s production facility in Relay, site of the historic Calvert Distillery which opened in 1933. Relay was chosen as the preferred location for this project for several reasons, including the site’s proximity to major East Coast tourist and population hubs, availability of skilled employees, and space to build and adapt existing structures on the property. While many specifics are still being evaluated, it is estimated that this project could generate approximately 40 jobs in brewing, warehousing and an agile packaging operation, which may include canning, bottling and kegging. In addition, the Guinness visitor experience part of the project could create approximately 30 jobs. A significant number of construction jobs would likely also be created during the building phase, and the company would endeavor to hire as many local firms as possible to conduct this work.

“Guinness’ plan to build a brewery at its historic facility in Relay, MD is great news for job creation, manufacturing, and tourism in our state,” said Governor Larry Hogan. “Beer tourism attracts millions of visitors to towns and communities across the country every year and I look forward to welcoming Guinness to the roster of excellent breweries we have here in Maryland.”

Maryland Comptroller Peter Franchot said, “Today’s announcement is an exciting development for Maryland’s thriving tourism industry and our state’s burgeoning, award-winning brewing sector. The Guinness facility will be a strong boost for our economy by creating good-paying jobs for Marylanders and by attracting visitors from across the region and the country. I am optimistic that all stakeholders will come together and work collaboratively with the General Assembly to ensure that this innovative project moves forward.”

“Baltimore County is thrilled that Diageo is reviving a historic building with the iconic Guinness brand. The brewery and tap house has all the hallmarks to become a popular tourist destination and will be a perfect complement to our local craft breweries,” said Baltimore County Executive Kevin Kamenetz.

Tom Quirk, Chair of the Baltimore County Council whose district encompasses the Relay site, stated, “More than just a brewery, this is a significant investment in our community that represents a new direction for the historic Relay facility. Leveraging Guinness’ 250 years of brewing heritage and capitalizing on its great location for welcoming visitors to Baltimore County, this will be a strong boost for tourism, not only in the county, but the entire region.”

President Jason Chorpenning of the United Food and Commercial Workers Local 27, which currently represents employees at Diageo’s Relay facility, also expressed support, saying, “UFCW Local 27 is very excited about the prospect of a brewing operation in the Baltimore market, and the potential for more jobs and membership in our great local union. We wholly support any legislation necessary to make this opportunity happen, and we will work with Diageo to ensure the success of this endeavor.”

“As the largest Diageo beer distributor in the state of Maryland, we are very excited about today’s announcement by Diageo Beer Company USA to resurrect its facility in Relay and build a brewery,” said Evan Anthanas, President, Chesapeake Beverage. “Not only will this project help build the Guinness brand in Maryland, the tourism piece and brand experience planned for this project will certainly enhance Maryland’s beer industry and be a benefit to our retail customers.”

Prominent Maryland restaurateur, Mark Loundas of Bill Bateman’s Bistro commented, “What an exciting announcement for tourism in Baltimore County and the state of Maryland. I know that this Guinness brewery project will benefit the entire hospitality industry including hotels, beverage alcohol retailers and other tourist destinations throughout our region.”

Diageo hopes to receive approvals and to begin construction this spring with the goal of opening the brewery this fall to mark the 200th anniversary of Guinness being first imported into the US.

Diageo is listed on both the New York Stock Exchange (DEO) and the London Stock Exchange (DGE) and our products are sold in more than 180 countries around the world. For more information about Diageo, our people, our brands, and performance, visit us at www.diageo.com. Visit Diageo’s global responsible drinking resource, www.DRINKiQ.com, for information, initiatives, and ways to share best practice.

The Guinness brand was established in 1759, when Arthur Guinness signed a 9,000 year lease on St. James’s Gate Brewery in Dublin. Brewed using four main ingredients, water, barley (malted & roasted), hops and yeast, Guinness is the world’s most popular stout. The iconic beer is brewed in 49 countries worldwide and sold in over 150 with almost 9 million glasses of Guinness enjoyed every day around the world. The most GUINNESS is sold in Great Britain, Ireland, USA, Nigeria and Cameroon. More information can be found at www.guinness.com.