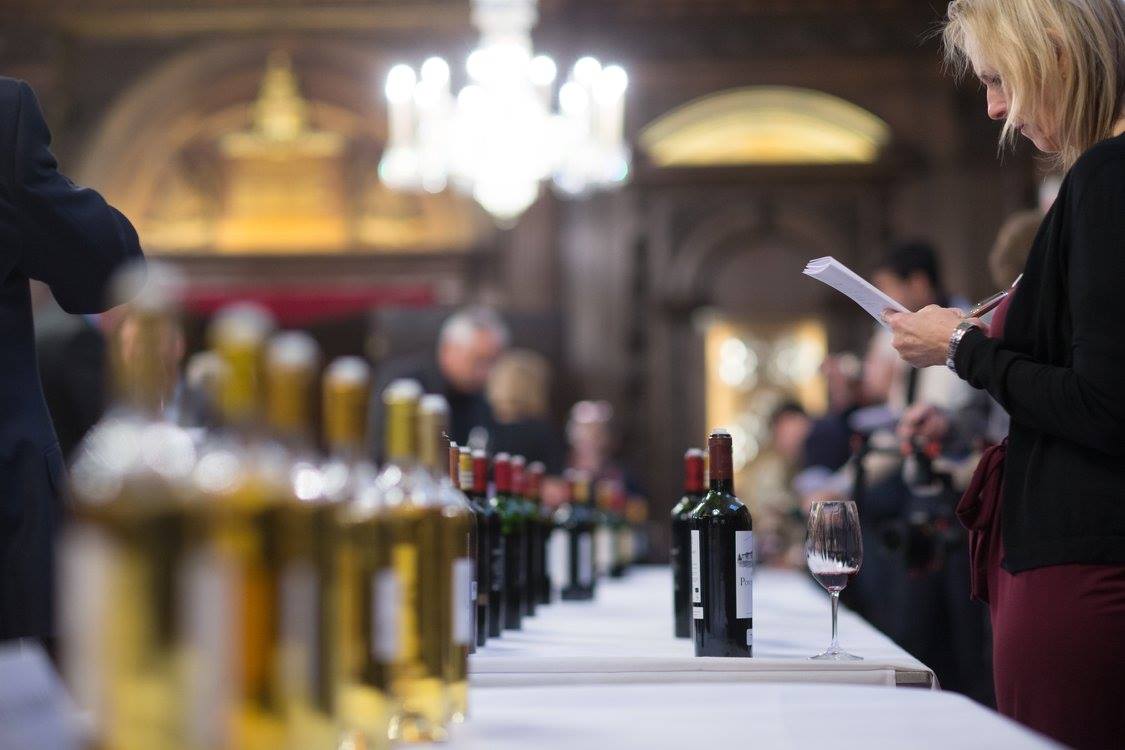 The MWs have proved their understanding of all aspects of wine by passing the Master of Wine exam, recognized worldwide for its rigor and high standards.
The MW exam consists of three distinct parts: the theory and practical exams taken at the end of stage two and the research paper submitted at the end of stage three. The RP is an in-depth study on a wine-related topic from any area of the sciences, arts, humanities, or social sciences.

In addition to passing the exam, and before new members have the right to use the title Master of Wine or initials MW, they must sign the IMW’s code of conduct. By signing the code of conduct, MWs agree to act with honesty, integrity and use every opportunity to share their understanding of wine with others.

Meet the new Masters of Wine 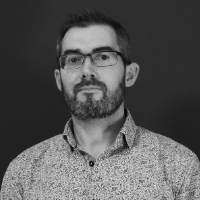 James is the buyer and managing director at specialist importer, the Wine Treasury in London, where over the last 20 years, he has developed a particular specialty in the wines of North America. He graduated in French and German at Durham University but believes his childhood holidays spent in the Beaujolais and the south of France did more for his wine career than the study of 17th-century French tragedy or German Expressionist theatre. In contrast, his introduction to the Napa Valley in his early days as a West-End casino wine buyer was career-changing. He lives in Hampshire, where he is often to be found somewhere on a road bike.

Research paper: The evolution of Grenache Noir in California: trends in production and opportunities for the future. Gabriele is a wine expert, designer and brand builder born and raised in Montalcino, Tuscany. Gabriele can trace his wine roots back to his grandfather, the smallest renowned producer of Brunello di Montalcino. With a degree in foreign languages and a strong passion for marketing, in 2004, he founded Brookshaw&Gorelli, a design agency specializing in fine wine visual communication. In 2015, he founded a separate wine sales and marketing consultancy company, KH Wines, with clients ranging from wineries to importers and fine dining restaurants. He regularly attends national and international wine competitions as a presenter and judge. Gabriele speaks Italian, English and French with basic proficiency in German. Gabriele is an avid traveler and likes to disconnect and recharge his batteries with trail running and practicing Ashtanga yoga.

Research paper: Quercetin precipitation in Brunello di Montalcino. What are the organic fining options to prevent this phenomenon occurring in bottle? 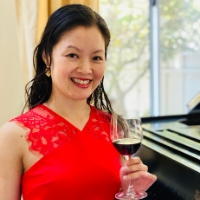 Susan is the head of wine expertise for online fine wine retailer Belmont Wine Exchange in the San Francisco Bay Area, serving customers worldwide. As a consultant, she curates wine collections, designs wine programs, and specializes in wine and spirits music pairings and events. Susan completed the WSET Diploma while working as a program manager in the high-tech industry, during which she lived and traveled extensively in East Asia. A lifelong devotee of music, Susan is a classical pianist and holds a Master of Fine Arts in classical piano performance and musicology. She has performed internationally as a Chinese classical and folk dancer. Susan also works with performing arts organizations to grow their audiences through innovative programming and events, integrating wine whenever possible. Her joy is to create memorable experiences through wine and the performing arts.

Research paper: Influences of classical music on the perception of a Brut non-vintage Champagne. 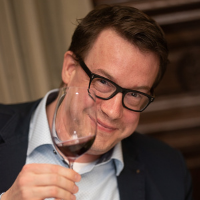 Moritz grew up in Berlin and left the city for his first wine experience and harvest at Georg Breuer winery in 2001. During his oenology studies at Geisenheim University, where he graduated in 2006, he gained experience working for wineries in the Yarra Valley, the Nahe, Rheingau, in Pouilly Fume and on Crete. In the early stages of web 2.0, he worked as an account manager and editor at Wein-Plus, followed by six years as category manager for wines and spirits with the international franchise chain VOM FASS. This was followed by five years with Schlumberger and Segnitz, where he worked as a buyer and brand manager specializing in fine wine from Italy, France, Germany, and the new world. In April 2021, he will join the Wein-Wolf group as managing director for German wines. Outside of work, he enjoys a wide array of music, food and socializing with friends. 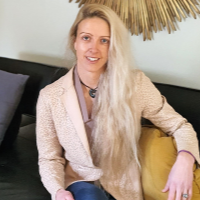 Sophie is a wine producer and wine industry consultant based in Marlborough. Raised in the New Zealand wine regions of Gisborne and Central Otago, winemaking and hospitality were endemic to Sophie’s upbringing. While gaining a law degree and admission to the bar, she felt the inevitable pull back to the wine industry, moving to Marlborough for the 2011 harvest where she met her now-husband, Matt. Together they founded their premium wine venture, Blank Canvas, in 2013, crafting small-batch wines from exceptional single vineyard sites in Marlborough, Central Otago and the Gimblett Gravels®, Hawkes Bay. Their recently launched consultancy business, Lock, Stock & Barrel, provides comprehensive wine industry consulting services spanning vine to bottle. Sophie ordinarily travels multiple times a year to Europe for work, including for vintage. A zealous advocate of the quality and sub-regional diversity of New Zealand and particularly Marlborough wines, Sophie has also been a New Zealand consultant to the World Atlas of Wine (8th ed.). She also enjoys writing, wine educating and judging.

Research paper: What is the relationship between the use of sulphur dioxide and biogenic amine levels in wine? 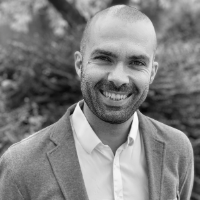 Originally from Barcelona, Álvaro moved to London in 2006 after completing his undergraduate degree in mechanical engineering. His wine passion developed over several years, working in restaurants and wine bars in the UK capital. Over the years that followed, Álvaro studied all WSET qualifications, finishing his Diploma in 2014, for which he won the Lustau and Derouet Jameson Scholarships. In 2011, Álvaro completed a master’s degree in engineering management and carried out the final thesis in a wine bottling plant in Veneto, Italy. He has been working for Indigo Wine since 2014, currently as business development director, and has done harvest work in Bierzo, Douro, Jerez, and Uco Valley. Álvaro speaks four languages, and outside of wine, he enjoys running, playing football, cooking, traveling, and spending time with his young family.

Research paper: An analysis of the different labeling options for traditional method sparkling wines in the region of Penedès. 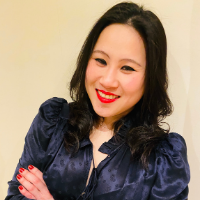 Born and raised in Singapore, Tze completed her undergraduate degree in English literature at Oxford, followed by a master’s in management at the London Business School. Since then, Tze has been carving her path in advertising, advising leading global brands on their digital marketing strategies. This has included several businesses in the wine, beer, and spirits sectors. After stints at Fetch Media and within the Dentsu Aegis Network, Tze is currently client services director at Jellyfish, where she heads up the mobile and app marketing team. Her interest in wine started early in Singapore, where she was a frequent interloper at tastings and dinners at various wine societies. This fascination with wine continued to develop at university and beyond. She weaves alongside work her role as president of the Oxford and Cambridge Alumni Wine Society, running a calendar of producer-led tastings in London while also consulting on wine buying and food pairing for select restaurants.

Research paper: ‘A bottle of good solid edifying Port… (and) this plaguy French Claret’: investigating the political, economic, and social significance of wine drinking and intoxication in eighteenth-century English literature. 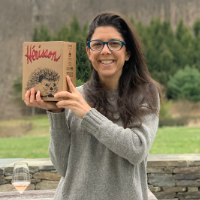 A native New Yorker, Melissa obtained a degree in English literature from the University of Colorado at Boulder. Post-grad, she moved to Italy, where she caught the food and wine bug. Law school landed Melissa back in New York, where she enrolled in WSET Diploma classes, ate, and drank well whenever possible. Melissa’s first introduction to the wine business was practicing law with a firm specialized in alcohol beverage regulation. In 2009, she started Communal Brands, a wine import and distribution company. The portfolio consists of small growers committed to environmentally responsible practices in the vineyard and winery. Expanding on a commitment to sustainability, she recently started up Wine Queen, a consulting business that focuses on environmentally responsible wine packaging. When she is not being a mum of two or working, you will find her running long distances. Despite a demanding schedule, she always finds time for good Champagne. 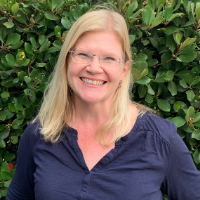 Kryss is a US-based winemaker, educator, and sales professional. She has an MS in food science/oenology from U.C. Davis and a WSET Diploma. Her winemaking experience includes harvests in Napa Valley, Germany and New Zealand and extensive work in California’s coastal and interior regions. Since 2011 Kryss has worked with O’Neill Vintners and Distillers, one of California’s leading and fastest-growing wine and spirits producers. She has held leadership roles in winemaking, sales, and business development. She also teaches at the Napa Valley Wine Academy, where her classes include the WSET curriculum and custom-designed programmes for private clients. Kryss lives in the San Francisco Bay Area with her husband and daughter.

Research paper: What factors impacted the presence of American wines on US wine lists during the period 1900-1950? 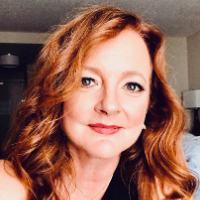 Clare lives in California with her husband and two sons. She is the director of wine development for Lionstone International sourcing for national wine clubs, including the Wall Street Journal, Laithwaites, Virgin, TCM, NPR and National Geographic. She began her wine life in London with John Armit Wines after completing a French and Spanish degree and choral scholarship at Clare College, Cambridge University. Joining Direct Wines Ltd as a buyer in 2000, she moved to France in 2006. She lived near Bordeaux for eight years, managing the group’s winery and traveling extensively in North America, Europe, and Asia. Clare is a Champagne Academician (class of 2004) and has been inducted as a Chevalier of Burgundy, Bordeaux, and Champagne.

Research paper: An investigation into the impact of cannabis production on viticulture in Sonoma County.