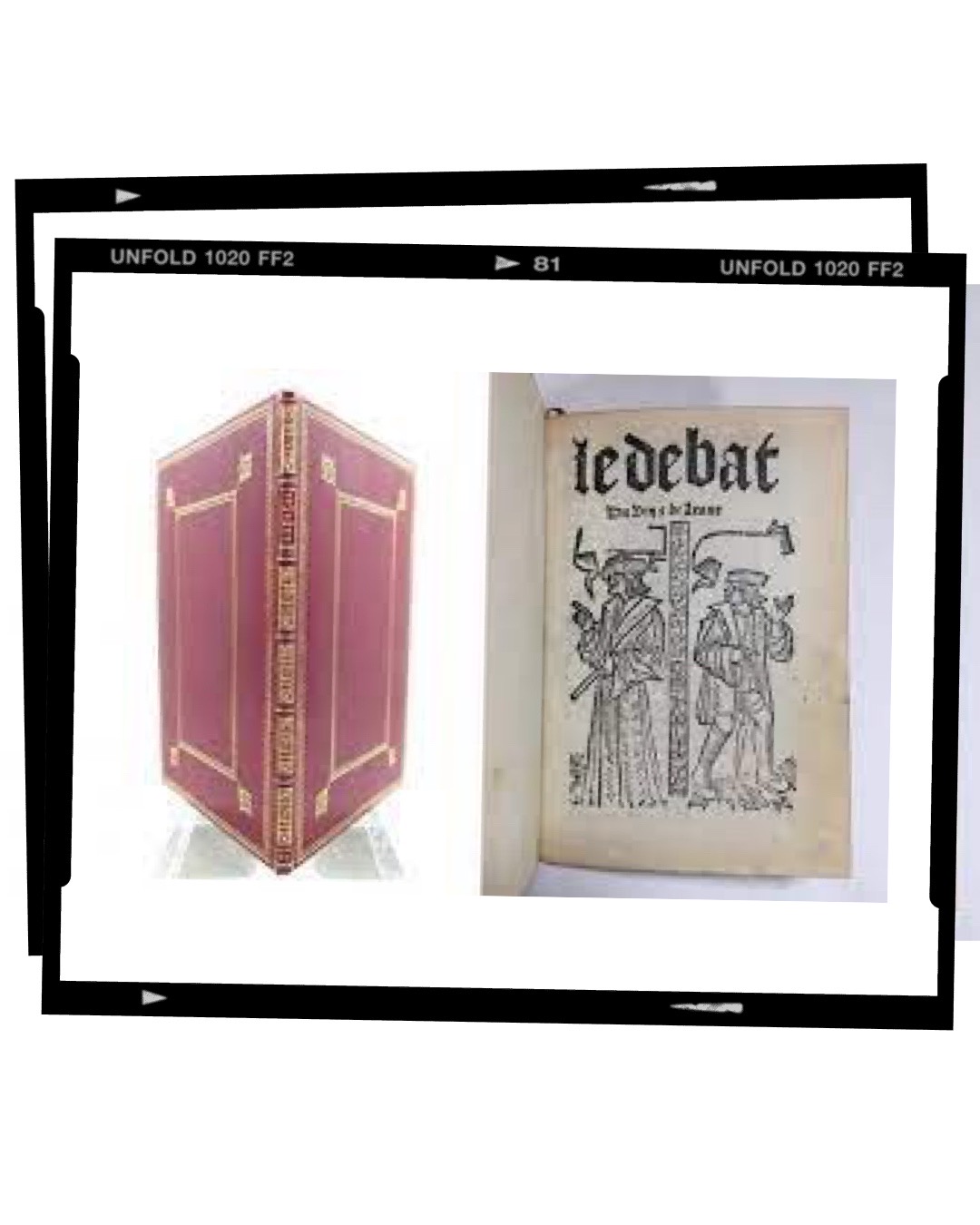 The UC Davis Library, Archives and Special Collections recently acquired Le débat du vin et de leaue with help from a $38,000 gift from the B.H. Breslauer Foundation. The book, a debate between wine and water by Pierre Jamec (or Japes), is the first known book about wine published in French. This edition was printed around 1515 and was bound later by Antoine Bauzonnet, one of the great French bookbinders of the early 19th century. It is the only known copy of its printing.

The book’s topic, a debate between water and wine personified, is an offshoot of the classical-era poems and fables that were used to define virtues and dictate how people should live. The debate between water and wine, which initially appeared in Greek, was popular among the Goliards, wandering medieval scholars who frequented taverns. The text of Le débat first appeared as Denudata veritae in the 12th century. The French version of the poem dates to the 14th or early 15th century.