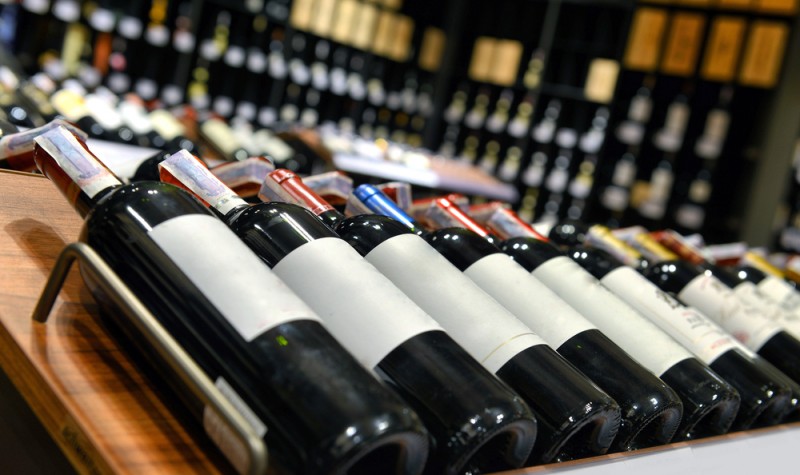 US voters and political animals of all stripes are nervously/eagerly examining every potential outcome of one of the tensest US elections of recent times but what effect could the outcome have on the fine wine market and tariffs placed on European wines?

Last year the current incumbent of the Oval Office, President Trump, embarked on a trade war with the European Union over subsidies given to Airbus, part of his ‘America First policy’, while the EU hit back pointing to beneficial subsidies the US had given to Boeing.

Both sides began placing tariffs on a wide assortment of products, with the US imposing tariffs on US$7.5 billion worth of EU goods – including wine, spirits and liqueurs – as result of this dispute.

Currently, still wine (not over 14% ABV) made in France, Germany, Spain and the UK transported in containers of two litres or less; Scotch whisky; single malt whiskey from Northern Ireland; and liqueurs made in Germany, Ireland, Italy, Spain and the UK that are exported to the US are subject to 25% import tariffs.

An additional spat with France over taxes paid by American digital companies based in France earlier this year threatened to see the tariffs on French wines increased to 100% but this did not transpire in the end.

This has undoubtedly had an impact on the fine wine market. Italy is a country whose wines, principally from Tuscany and Piedmont, have been gaining in momentum for some time now but with Italian wines exempted from the tariffs imposed last year their trade has really taken off.

Liv-ex’s regional indices show the Italy 100 (tracking 10 of the most traded Italian labels on its platform) is up 4.2% over the last year, the second best-performing index over that period and 4.6% on the year-to-date.

Is all of this trade coming from the US? No, the UK is also getting a taste for Italian wines but it’s no coincidence that Italian vino, for which the US has long been a major market, is exempt from these taxes and now surging.

The same is true of Champagne, which was also exempt from extra tariffs. The Champagne 50 index on Liv-ex is the best-performing over the last year and year-to-date (up 6.5% and 6.8% respectively), again this is part of a long-building momentum for this category as a result of a steadily broadening market and not at all purely down to a sudden influx of US buyers.

There has also been increased activity for US wines on the Liv-ex platform in recent months. Towards the end of last month the Exchange reported increased activity for the latest release of Opus One as well as a variety of Napa labels from the 2013 vintage. October was also the best month ever for American wines traded by value on the platform.

It’s not that US buyers have shied away from staples such as Bordeaux and Burgundy completely. US auctioneers are still seeing pretty healthy prices for these wines consigned at auctions but these are wines already in the United States and so not subjected to tariffs.

Likewise Château Palmer’s recent re-release of its remaining 2010 vintage stocks actually attracted a fair amount of interest in the States, so tariffs have not killed trade in French wines dead by any means – it’s just restricted it to those with greater means. And when a bottle of Domaine de la Romanée-Conti is, on average, now 10 times more than a bottle of first growth claret, what’s 25%?

And of course, US buyers can buy wine and store it in Europe, it doesn’t have to be landed in the US for decades, potentially. To assume the tariffs have ruined the fine wine market in the US is not an entirely accurate reading of the situation.

As Liv-ex’s sales director and co-founder, Justin Gibbs, told the drinks business: “It hasn’t proved to be a major dampener on the market this year, given all the headwinds.”

What of the on-going election therefore? At the time of writing, although the Democrat challenger Joe Biden is apparently edging ahead, the whole process is on a knife edge; with everything coming down to the very last votes in key states such as Wisconsin, Michigan, Pennsylvania, Arizona, Nevada and Georgia. All too close to call for now.

Biden, seems to stand a fair chance of claiming victory in several of these states, even by the narrowest of margins, which might be enough to give him the victory.

Of course, the prospect of legal challenges and recounts exists behind that as well so nothing can be assumed at this stage. If Biden were to win, however, the immediate logic would suggest an import wind change for fine wine in the US as it could signal the end of these tariffs.

This is the argument, Matthew O’Connell, head of investment at fine wine merchant BI, has taken. He said in a recent report: “The result of the US election is almost certain to have a material impact on the wine market, with the expectation that a Biden government will reverse the European trade tariffs imposed by Trump.

“We have already seen a slowing of trading activity in Italian wine and Champagne, the two regions which have most benefited by being exempt from the US trade tariffs. It is our expectation that we could also see a significant uptick in supply of US wines, which has been lower recently, if US collectors (and indeed US-based merchants) see the potential to re-enter the market to purchase French wines, particularly Bordeaux and Burgundy, without tariffs.”

Biden has been highly critical of Trump’s tariffs, especially those placed on China, which he said have been bad for the American economy. Nonetheless, one should not hasten to imagine he would automatically, unilaterally lift all tariffs that have been imposed, especially on EU goods.

The Democrat candidate has expressed concerns in the past over those EU subsidies given to Airbus among other dealings and has displayed an extremely ‘Buy American’ message in his campaign rhetoric. Not to mention that should Biden win by the slimmest of margins and should the Senate and House of Representatives go against him or end up deadlocked, repealing what Trump has put in place may be politically inadvisable, extremely difficult if not impossible for a good while.

Gibbs, was more cautious when speaking to the drinks business. As he said: “I would be careful on this. The idea that the tariffs are purely a Trump thing is missing the mark. There are other concerns, other wines that drive markets. One might argue that at the very top end people are buying wine because they want it and will buy above the market price anyway [vis the Château Palmer re-release].

“The tariff war with the EU is an American thing not just a Trump thing. It’s a rebalancing of the relationship between Europe and America. Europe has traded on preferable terms with the US since the Second World War and the US has allowed this to happen.”

With the Cold War mentality fading into recent memory, however, this attitude as changed and it is sometimes forgotten that it was Barack Obama who actually began looking at realigning out the trade dynamic between the two blocks.

“I’d be careful assuming that Biden is going to reverse everything,” warned Gibbs.

The hope for European leaders and producers of course would be that Biden has a more free-trade approach and that he would be more flexible in future negations and discussions than Trump has proved.

With this in mind, the outlook for Bordeaux and Burgundy might be rather more positive going into 2021 – also bearing in mind that it’s unlikely anything on tariffs will be discussed by the new administration until the spring or even summer of next year.

On the other hand, one should not imagine that the lifting of tariffs is going to be a magic panacea for these two categories. Burgundy is flagging a little in some quarters because its prices have just hit an upper limit, while many Bordeaux estates continue to be hampered by their en primeur pricing strategies and the issue of stock retention which is likewise putting a cap on prices on the secondary markets, especially for more recent vintages.

A Biden victory therefore, could, of course, bring about a happy end to tariffs which would no doubt be a boon to fine wine trading at large but it would be sage advice to those betting on such an outcome not to hold their breath.