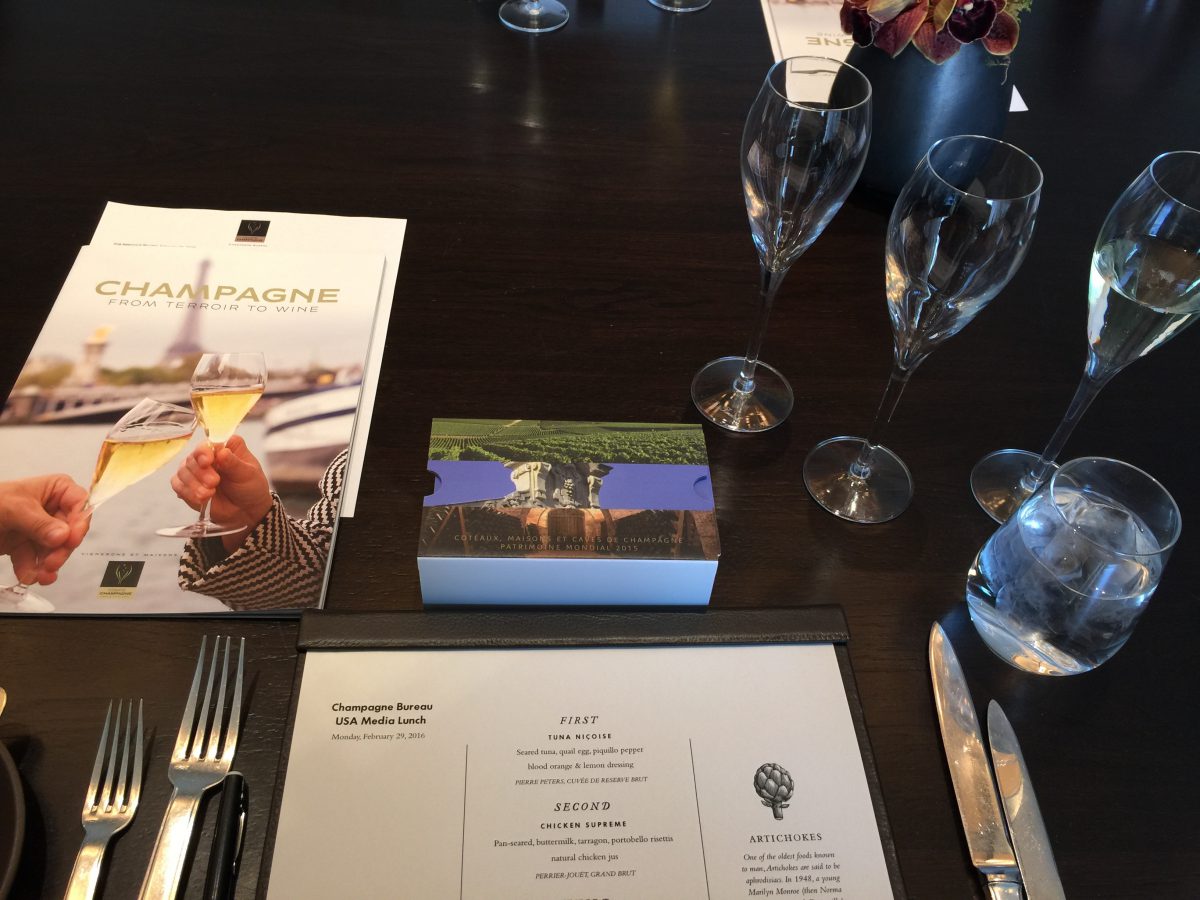 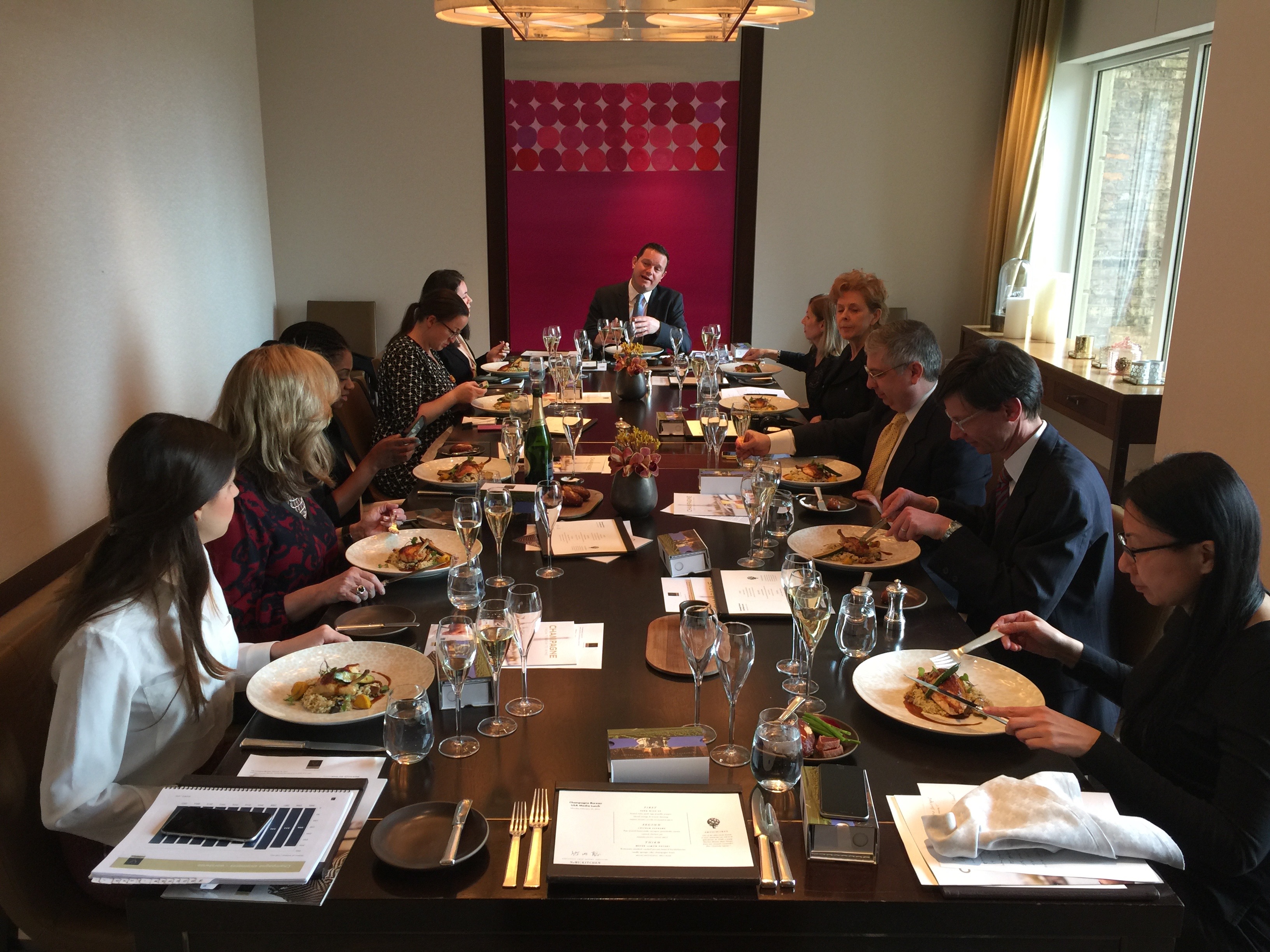 On February 29th, 2016 I attended one of those lunches that rarely come around — not only was the food and Champagne selection extraordinary, in attendance was Thibaut Le Mailloux, Communications Director for Comité Champagne (the trade association that represents all the grape growers and houses of Champagne, France) and Sam Heitner, the Director of the Champagne Bureau, USA (which is the U.S. representative for the Comité Champagne).

“Champagne is 90 miles northeast of Paris; this wine region is integral to our unique product. That is why we say that ‘Champagne only comes from Champagne’ and why virtually every country in the world reserves the Champagne name exclusively for these wines,” said Thibaut Le Mailloux in his opening speech. “There are now over 100 other countries including Australia, Brazil, Canada, China, India, Mexico, South Africa and the European Union in standing for truth-in-labeling and ensuring their consumers are confident that wines labeled Champagne come from Champagne, France.” Says Le Mailloux. 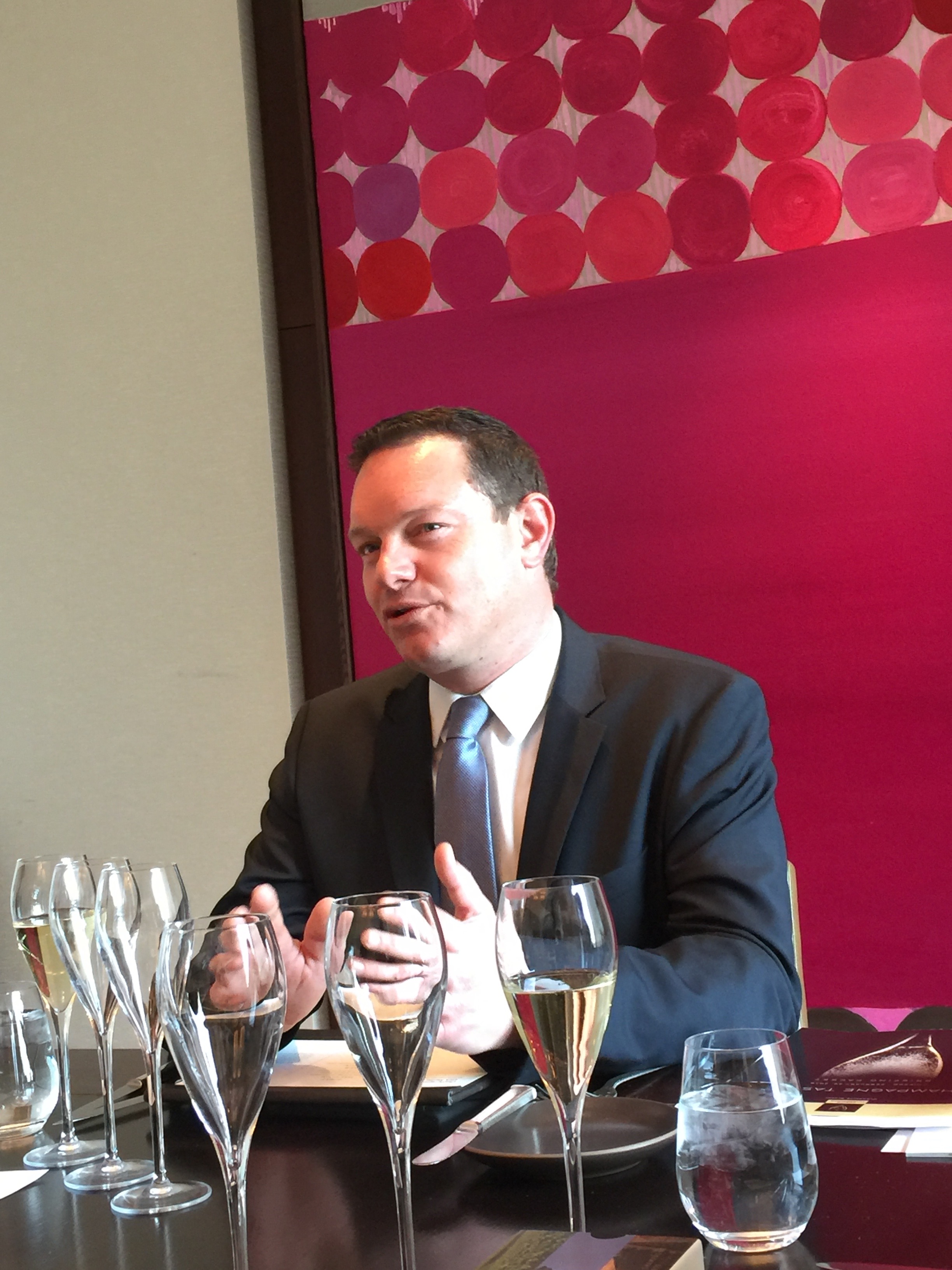 US and Global Exports
Sam Heitner advises the US media in attendance that “in 2015, Champagne shipped more than 312 million bottles worldwide, which was an increase of 1.7 percent compared to 2014.” Also, “in 2014 more than 19.2 million bottles were shipped to the United States, making it the second largest export market behind the United Kingdom.”

Champagne Education
The Comité Champagne leads a comprehensive education, promotion and protection campaign worldwide. As part of this effort, they recently launched several new initiatives to encourage people to learn more about Champagne wine and the region. First, the Comité developed Champagne Campus, an educational website. Second, the Comité created a virtual reality video), which takes users on a vivid 360° tour around the vineyards, villages and caves that make the region so unique.

Champagne Campus
To sum it up — here you can discover the wonderful world of champagne, including: the region, vines, winemaking process, AOC and tasting. It’s a fun website and app where you can learn and also test your champagne knowledge.

The website and app is also available on the Apple Store and Google Play
www.champagnecampus.com

360 Degrees
This is a 3D film which was explained by both Sam Heitner and Thibaut Le Mailloux – they directed us to use special goggles so we could get the full immersive experience. During this seven minute film, we saw 360 degrees of vineyards, cellars and famous Avenue de Champagne. I experimented by moving the device left and right, and up and down – this totally changed the view and perception. I have travelled to the region many times and I was happy to see that this device showed the landscape from every possible angle.

Le Mailloux explained that “nine cameras mounted by gopros on drones were used, to create this 360-degree experience.”

As well as Youtube, the film can be downloaded as an app at the Apple Store, Google Play and Android devices.

You can also view the video on The Champagne Bureau Facebook page at www.facebook.com/champagnebureau/videos