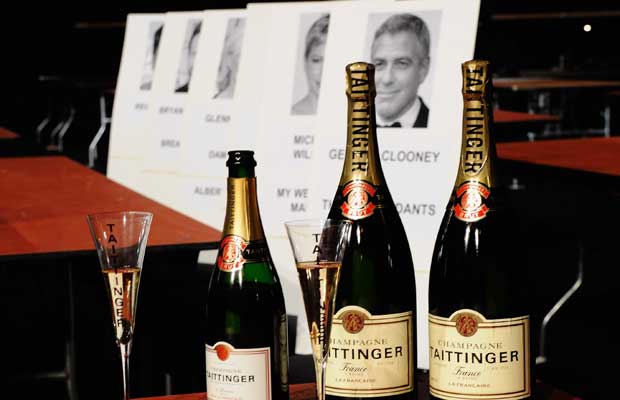 During the 18th Annual Screen Actor Guild Awards ceremony behind the scenes event at The Shrine Auditorium Champagne Taittinger is the Champagne of choice.

The results are in after months and weeks of voting, Hollywood’s actors finally name their picks for the best performances in the films and TV shows of 2011 at the annual Screen Actors Guild Awards.

The SAG honors, which are closely watched in the race for Oscars, follow the Golden Globe, Critics’ Choice given by media watchers, as well as acknowledgements from the U.S. Producers Guild and Directors Guild, which represent their respective professional groups in industry matters.

The SAG Awards are a key barometer of which films and actors have a good chance at winning Oscars, the world’s top film honors given on February 26 by the Academy of Motion Picture Arts and Sciences, because performers make up the largest voting branch of the academy.

The SAG Awards air on U.S. TV on Sunday night from Los Angeles on cable networks TNT and TBS, and on Global Television in Canada.