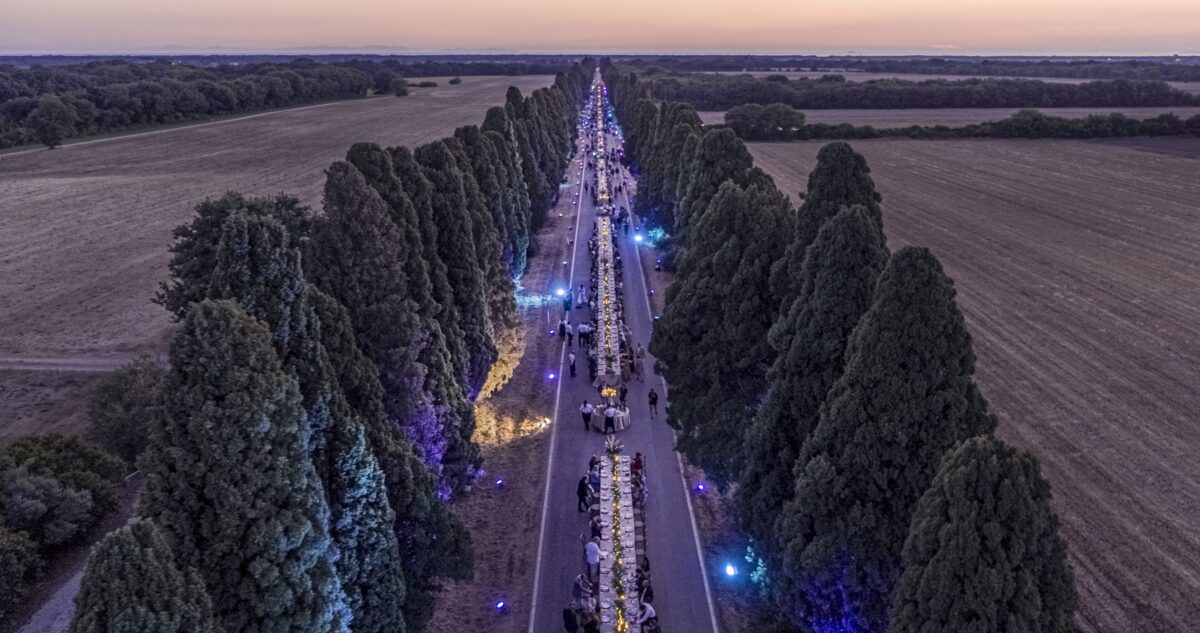 The first edition of “Bolgheri Divino” celebrates a unique and cohesive vision of the producers….

On September 4th, 2021, the Consortium of Bolgheri and Bolgheri Sassicaia DOC gathered 65 vintners of the DOC to tell their story of the land and its winemaking excellence, through personalities and productions. The event was named “Bolgheri DiVino.” It was a magical day to celebrate an extraordinary and cohesive wine territory in the pursuit of excellence. The first edition aims to become a must-attend occasion for dedicated oenophiles from all over the world who love this wine pearl on the Tuscan coast: Bolgheri. 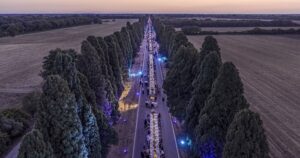 The day began with an exclusive tasting held at Castello Della Gherardesca, in the morning, in Castagneto Carducci where I took part with other selected Italian and international journalists of the wine sector. The morning was dedicated to the preview of Bolgheri Superiore DOC 2019 vintage. A unique occasion since the tasting anticipates nearly 4 months to its release on the market.

The wines of 2019 generally showed deep colour, ripe fruit, with good aromatic intensity. An appropriate level of natural acidity guaranteed freshness and good fragrance. Apart from certain cases, where I perceived generous, firm tannins also due to the young fullness, the majority of wines I tasted were graceful, well-made with harmony from start to finish.

In the afternoon, we participated in a further tasting at 7 selected wineries where we had the chance to taste the promising 2020 vintage of Bolgheri Rosso. As I tasted the wines, I noticed they were fruity with a good structure and with lively acidity, while showing great potential for aging.

Like those overwhelming love stories, Bolgheri is the result of the harmonious relationship between an extraordinary land and the genius of man. A “little Italian miracle”, said the President of the Consortium Albiera Antinori in the closing evening of Bolgheri DiVino, in front of nearly 1,000 international guests seated for a beautiful dinner at a 1 km-long table on the iconic “Viale dei Cipressi”, a landmark of the Bolgheri landscape.

The event has shown the world that Bolgheri has climbed the “Olympus of Italian wines” in just a few decades. Its land has always been a sitting gold mine for the potential of the agricultural district. This territory, in its fairy tale appearance, is a wonderful symbol of the “Italian Bel Paese”.

A small pearl embraced by the “Macchia Mediterranea”

The area of the DOC Bolgheri is delimited by the municipality boundaries of Castagneto Carducci village. It is a small wine area that measures 13km from the southernmost point to the northernmost one, while the west-east extension is about 7km. The total vineyards are of DOC are 1359 hectares, positioned at an altitude ranging from 10 metres to 380 above sea level. The so-called “Macchia Mediterranea” stretches all along the coast, Bolgheri is literally embraced by this thick dark green forest.

The amphitheatre of Bolgheri is exposed to perpetual light and aerated by continuous sea winds from the Tuscan archipelago. Exposure and natural aeration, in addition to preventing many plant diseases, gives the wine an exuberant freshness and incredible elegance. However, most fascinating is the extraordinary and varied type of soils. A miscellaneous of soils composition; mainly sandy towards the sea, more clay-sandy alluvial, clay-silty in the vineyards located on the foothills, and gravellier in the hills belonging to Colline Metallifere (metallic hills). To better understand the richness of the soils for wine production, the Consorzio has conducted an accurate zonation research, a ten-year study on the potential of this territory. Up to now 27 units have been identified, not grouped into macro areas though because in a few metres the composition of the soil can change incredibly. 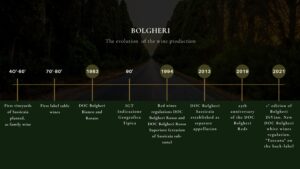 Between the hundred-year-old stories of the famous Tuscan wine areas, well known and affirmed in the wine world scene, a place is reserved for the “young” Bolgheri district. The first red was produced around the 1940s, by the brilliant intuition of Marquis Mario Incisa of Rocchetta, founder of the estate Tenuta San Guido to plant red French varieties in the hills. Particularly Cabernet Sauvignon, Cabernet Franc. The first real success production comes indeed from a blend of these two varieties, and first labelled as Sassicaia in 1968, and lately proclaimed as one the best wines of the world with the 1985 vintage.

After an initial period of white and rosè wine production for local consumption (regulation of 1983), the path tracked by Tenuta San Guido and its Sassicaia was followed by a small group of pioneer producers that invested and interpreted the possibility of producing fine red wines in this area.

From the second half of 1980’s Bolgheri became an area extremely vocated to the production of red wines. Rapidly those wines were recognized worldwide as so, called “Super Tuscan” by famous wine writers, showing off not only the outstanding potential of the land but also the commitment of the estates in pursuing the brilliant intuition of this group of winemaker pioneers.

The cohesive effort of the producers led in 1994 to the first DOC Bolgheri red wines regulation, together with the creation of Sassicaia subzone delimited by the proprieties of the Tenuta San Guido. In the last 25 years the endeavours to look for quality with no compromise has made Bolgheri a symbol of Tuscan wine excellence.

Another significant moment in the strengthening of Bolgheri wines among the world of premium wines was the recognition of the Doc Bolgheri Sassicaia in 2013, conferring its own appellation. A remarkable occurrence since Bolgheri Sassicaia is the first and only Italian denomination dedicated solely to an estate and its cult wine.

In Bolgheri, wine production has always innovated and is still continually developing with a common vision of the pioneer producers. Following this trend, an update of the wine regulation has been approved by the Consorzio Doc Bolgheri and will be effective soon. The first modification is related to the base ampelographic of Bolgheri DOC white:

The first modification is related to the base ampelographic of Bolgheri DOC white, which will give more space to the productions of Viogner, Sauvignon Blanc and Vermentino (already widespread). 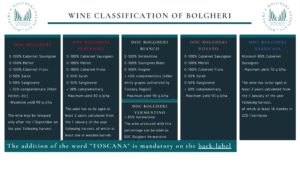 DOC Bolgheri red wines are a blend or monovarietal produced with Cabernet Sauvignon or Franc and Merlot. Often the blends include Syrah, a small percentage of Petit Verdot and in certain occasions Sangiovese.

In the last 20 years, in this area of the shore that I proudly call home, I personally witnessed the incredible evolution of high-end wine tourism. International wine travellers, thrilled for Tuscany and its beauty, are nowadays considering it a “MUST” to visit the cellars of Bolgheri, and to taste the fine wines of those producers. The wind of sudden success of Bolgheri wines has also marked a significant development and attitude to the organized hospitality at the estates. When I began my activity in the early ‘90s in Bolgheri just a few estates were open and ready to welcome visitors. Today, almost all the cellars have opened their doors to wine enthusiasts and wine professionals. A unique range of hospitality proposals at the estates, offered by small familiar properties and legendary wineries.

The diversification of the wineries, both in their own stories and their production, under the libertarian philosophy of the DOC cited above, permit the interpreters to tell their very personal interaction with the environment.

The word “diversity” is important, starting from the natural factor. Bolgheri is a territory that knows how to touch all the sensory spheres, perfumes, flavours, charming hamlets in perfect harmony with the landscape and, most certainly, land of great wines. From the gentle hills, in a matter of a few kilometres the land gets lost in a beautiful natural sea reserve.

“Diversity” in the cuisine; it is ideal to enjoy different styles, from family and traditional cookery to gourmet, from dishes based on meat and vegetables in the countryside, to other locations to enjoy a fresh fish menu by the sea. The countryside around Bolgheri’s town walls is overwatched by other ancient, hilltop villages. Where Village life is livened up by artisan boutiques, open-air markets, taverns, and cosy accommodation where travellers can still closely appreciate the authentic tranquil Tuscan lifestyle.

We’ve been talking a lot about Bolgheri and its extraordinary terroir, but I find the human factor is of extreme importance If Bolgheri has been included today among the hall of fame of the Italian wine destination it is thanks to the outstanding production of each producer, but also by the new strategic vision of the Consorzio Doc and its Presidency who always considered quality wine tourism as a fundamental aspect in social and territorial development. 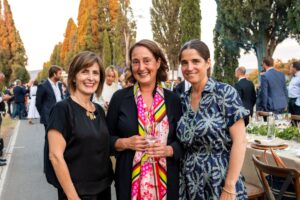 That’s Bolgheri and its wine!

WSET, a valuable partner for Bolgheri 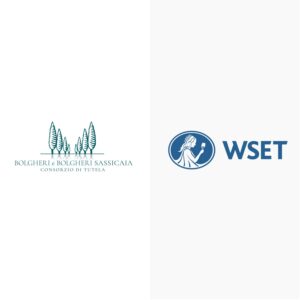 I’d like to proudly underline that the Consorzio per la Tutela dei Vini DOC Bolgheri e DOC Bolgheri Sassicaia has recently become the first-ever Italian appellation WSET Corporate Patron. I am sure this collaboration will bring a great value in terms of education and qualifications to inspire and empower all the actors of the Bolgheri wine territory.