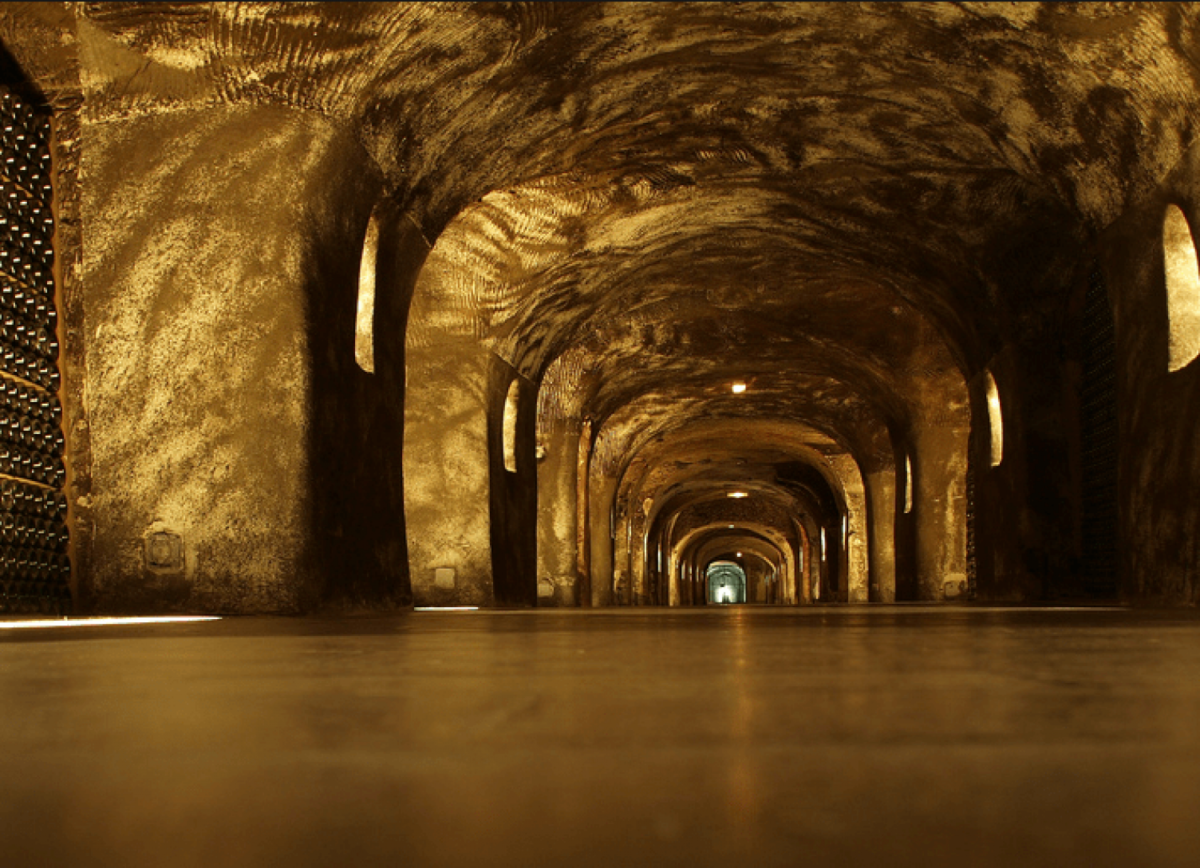 The Boards of Directors of Centre Vinicole – Champagne Nicolas Feuillatte (CV-CNF) and the Coopérative Régionale des Vins de Champagne Castelnau (C.R.V.C) agreed on the action in order to “strengthen the cooperative movement in the Champagne region”.

The move is subject to a vote at the AGM of both companies in June 2021.Once approved, a new name will be created.

CV-CNF and CRVC represent over 6,000 growers in the French region. Nicolas Feuillatte is the largest producer in the region before this merger was announced. “Our grower families will be proud to back this new cooperative project. Our vision of the future and determination will safeguard the social and federating values of our community of local winegrowers,” said Fabrice Collin, C.R.V.C’s chairman.

Véronique Blin, chairwoman of the CV-CNF, said: “This merger represents the place where our common destiny will take shape, where together we will find the impetus to breathe new life into the Champagne vineyard, and from which we will emerge stronger and more together.” 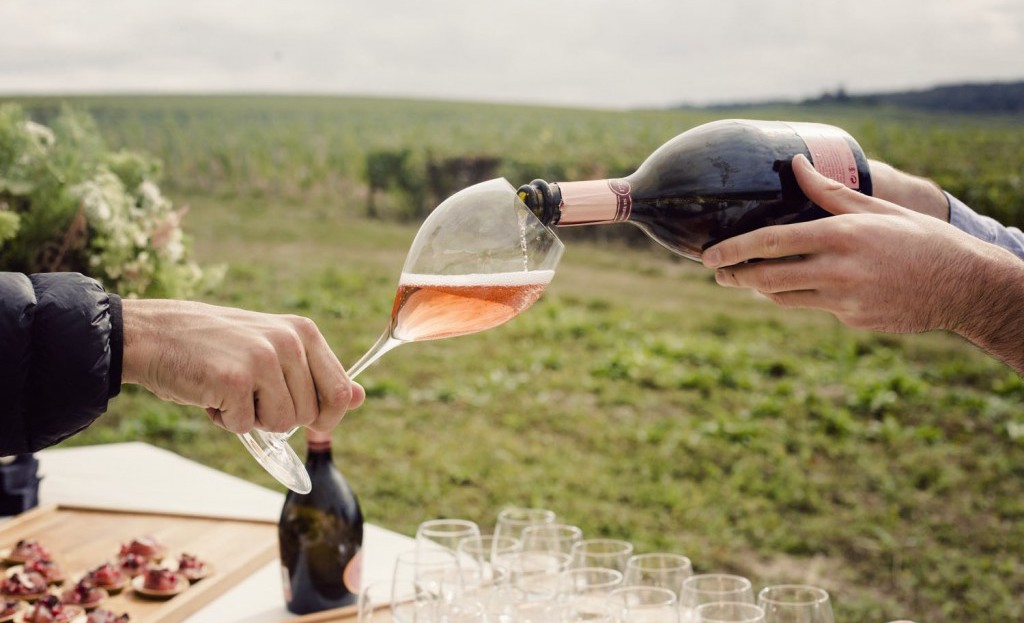 Attracting tourists post-Covid is undoubtedly a challenge. The Greater Reims Council has launched a new initiative called “Champagne, to make your summer awesome!” Visitors to the city will be treated to a bottle of grower Champagne. The greeting has an undeniably elegant touch, though there are some strings attached.

This initiative was launched July 15 and is subject to certain criteria. To qualify, tourists must spend at least two consecutive nights in the City of Reims, or the surrounding area, and stay in a hotel, guesthouse or gîte. Airbnb does not qualify. Also, during their trip, visitors must eat in a local restaurant and order at least one dish and drink. Fast food outlets are excluded from the list. Finally, in order to qualify, tourists must provide proof that they have paid for one leisure activity, such as renting a kayak, a winery visit, bike hire, or cinema ticket. Once they have paid for these holiday treats, visitors are required to go to the Reims tourist information office to receive their complimentary bottle.

This follows news of poor sales of Champagne during the Covid-19 pandemic. Industry body Comité Champagne said that sales were down 32% for the period January to May compared to the same period in 2019. 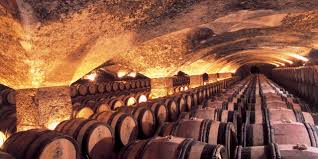 The platform www.champagne-mooc.com offers insights designed for trade professionals who want to improve their knowledge of presenting, tasting, and selling Champagne. There are two versions available: the Classic Version and the Premium Version.  The courses are aimed at sommeliers, wine merchants, buyers, and sales representatives.

The Classic version, which is free, provides access to four educational modules: the Champagne making process; the Champagne terroir; the history and economy of Champagne; and diversity and tasting.

The Premium version costs E49 and has the same four education modules offered on the Classic course,  with additional content including extra videos, a test to assess the delegate’s knowledge, and the option to receive an official statement of completion.

The opening dates of the 2019 harvest in Champagne have been announced, for all the villages and departments of the appellation.

The CIVC states: “The 2019 campaign has been marked by climatic shocks, with cool and humid periods alternating with hot and sometimes hot periods. Since the buds hatched, nature and some of the vine’s enemies have drained some of the initial harvest potential. Compared to other vintages, this year the grapes have more acidity and less color to the same degree (sugar richness). Aromatic maturity will therefore probably only be reached with high potential degrees, in the order of 10.5% flight. for Chardonnays and Black Pinots and 10% vol. for Meuniers”

The harvest, which began in Champagne this week, looks to be lower than in previous years. The vines of Champagne saw everything this year, from cold and rain to drought and heat, with the previous record for sunshine hours broken in February.

Spring frosts between early April and early May destroyed the vine buds across around 1,000 ha of vineyards, equivalent to three percent of the vineyard area. The heat and drought periods that began in June did not affect the vines.

The grapes from vintage 2019 show high acidity, but balanced color and sugar. In order to achieve the aromatic ripeness desired in Champagne, the grapes require a minimum alcohol content of 10.5% by volume for Chardonnay and Pinot Noir and 10.0% by volume for Meunier.

Champagne harvesting is done exclusively by hand to guarantee the integrity of the fruit for whole cluster pressing. The harvest is supported by 120,000 workers. 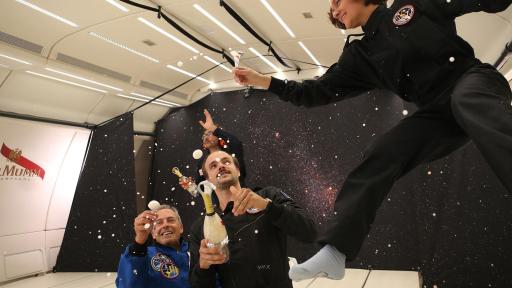 It took three years of research and experimentation to develop Mumm Grand Cordon Stellar, the first champagne designed to be tasted in space. For this world premiere, Maison Mumm symbolically chose to fly over the vineyards of Reims to present its innovation during a zero-gravity flight.

Maison Mumm’s goal was to take champagne into space while maintaining its integrity – that is to say, respecting its aromas, the tasting ritual and the specifications of the AOC. The Maison was the first to take an interest in the scientific constraints that the absence of gravity could pose on a gaseous liquid. To explore the possibilities, Maison Mumm called upon Octave de Gaulle, founder of SPADE, a design agency specializing in creating objects for use in space, and assembled a team of experts (engineers, researchers, astronauts and oenologists) to work alongside him.

Driving this exceptional scientific adventure forward, Maison Mumm worked in close collaboration with Jean-François Clervoy (French ESA astronaut, veteran of three NASA space missions) and Gérard Liger-Belair (professor at the University of Reims, a world-renowned researcher specializing in the physiochemistry of the effervescence of champagne). With their knowledge of the dynamics of fluids and capillary action, they were able to understand the terrestrial behaviors of Mumm Grand Cordon champagne.

They faced many challenges: without the effects of gravity, the main difficulties were expelling the liquid from the bottle, capturing it once it came out and finally, how to drink it. To help solve these questions, professor Liger-Belair made twenty years of research related to the creation of bubbles in champagne available to Maison Mumm. He also led a study to predict the behavior of champagne in zero gravity.

SPADE worked on a prototype for the bottle based on theories put forward by the two scientific experts on the team to create several models which were tested in realistic conditions during three parabolic flights between April 2017 and February 2018.

At this level of innovation, every element is essential, starting with materials which, for some, could impact the flavor, the expulsion of carbon dioxide or even the formation of bubbles in the wine.

SPADE selected the glass, the aeronautical-grade aluminum and the stainless steel (the same metal found in the assembly vats at Mumm Grand Cordon in Reims) for their ability to adhere to complex specifications. The double cavity of the glass bottle, the mechanized system contained within it, the ring mounted on the cork and the unique tapered-stem glasses were all carefully considered to reproduce the terrestrial tasting ritual as loyally as possible.

It is in the extreme conditions of zero gravity that Mumm Grand Cordon takes on new, surprising taste characteristics and unexpected sensations in the mouth. Wine exits the bottle as a foam to be inhaled, rather than sipped. This emulsion then turns to liquid, which coats the palate and tongue as capillary action takes effect. “By releasing the power of Pinot Noir, the weightlessness concentrates and intensifies Mumm Grand Cordon’s signature style. The expression of fruit is more accomplished than it is on Earth,” explained Raimonds Tomsons, Best Sommelier in Europe 2017, who also participated in the first official zero-gravity tasting of Mumm Grand Cordon Stellar in Reims.

Innovation and daring have been integral to Maison Mumm since its foundation. Exploring new territories like space was a big challenge but one that the Maison took on with passion. “Maison Mumm likes to push the boundaries and has been a leader in its field ever since its foundation. As such, Maison Mumm is a natural supporter of both the pioneers of yesterday and those of the future. In 1904, Maison Mumm was present on board with Commander Jean-Baptiste Charcot to celebrate the first successful French expedition to the Antarctic. Tomorrow, Maison Mumm will accompany passengers to space on this unique adventure,” said Pierre Bérard, Global Marketing Director.

This project goes far beyond the bounds of the Maison. It not only allows the wine to be revealed differently but ensures that champagne is part of the future of space exploration with the advent of space tourism and the first commercial suborbital flights. Beyond champagne, Maison Mumm has made a considerable contribution of the behavior and the tasting of fizzy drinks in space, opening up new horizons.

Pushing the boundaries of possibility, daring, taking on challenges and looking ahead are both what this innovation represents for Maison Mumm, and what has always driven it – just like Usain Bolt, the Maison’s C.E.O. (Chief Entertainment Officer) since 2016. Usain Bolt was, of course, present in Reims, alongside the Mumm, for this momentous occasion. During the parabolic flight, he discovered the pleasures of champagne in zero gravity, before returning to Earth to celebrate, during a one of a kind party in the Mumm cellars.