Robert Beynat, Chief Executive of Vinexpo delivered results of the study “Current Trends in the International Wine and Spirits Market and Outlook to 2014” a few weeks ago at the Windsor Arms Hotel, Toronto, Canada, in which I was very happy to attend.

For the ninth year, the British firm IWSR (The International Wine and Spirit Research) has produced a detailed report on global consumption, production and international exchanges in the wine and spirits industry. The IWSR study has become a reference for industry professionals.

This year’s study covers 28 producer countries and 114 markets where wine and spirits are consumed and have also included an outlook to 2014. Since 1971, the IWSR database has provided the most detailed and precise information on the global alcoholic beverage market.

Between 2010 and 2014, the VINEXPO study expects Chinese wine consumption to grow by a further 19.6%, reaching 127 million 9-litre cases by the end of the period. At that point, China will be the 6th largest wine consuming country in the world

Legal age per capita wine consumption in China is still only 1 litre per year. “When this level of consumption per inhabitant is compared with the per capita rates of the other top 10 large consumer countries, the extraordinary potential of the Chinese market becomes clear”, Robert Beynat, pointed out.

The study further mentions that the worldwide growth in consumption will be driven by three countries: US, China and Russia.

But before you start salivating about the simple delights of choux pastry, lashings of fresh cream and icing, this year’s variation comes with a very controversial twist.

Yes, among the cake cognoscenti, eclairs have gone savoury.
Chocolate eclairs are out, and are being replaced by savoury incarnations

Passé: Chocolate eclairs are out, and are being replaced by savoury incarnations

Forget chocolate and cream. This year’s most fashionable eclairs are filled with creamy ricotta cheese and basil, and crab and crème fraîche. One trendy London hotel even serves a Veuve Clicquot eclair, which comes with a complimentary glass of champagne.

The French may have invented the eclair in the 19th century, but it is a British boutique hotel, The Arch in Marylebone, central London, which is at the very heart of the eclair revolution. For it is here that many of the most outlandish savoury eclairs are served to fashionable ‘ladies who lunch’.

Early reviews suggest experts are split: some are in awe of the new concoctions, while others remain rather unconvinced, especially by the foie gras and Sauternes creation.

But few can deny the hotel setting is a massive improvement on your average cake shop.

The Arch serves the eclairs in its stylish Martini Bar, giving the chattering cocktail crowd something controversial to chew over.

Rosé is being rediscovered as a fun, versatile wine that complements today’s lifestyles.

How Rosé is made

How to choose a Rosé

The qualities to look for in good Rosés would be crispness and freshness. When you buy the most recent vintage you are guaranteed fruitiness and good balance.

Many foodies consider Rosé THE pairing wine because it complements many dishes. With its crisp, cool flavors a well-balanced Rosé pairs well not only with traditional Provençal cuisine, but with spicy, full-flavored dishes from around the world.
What the experts are saying

“A more versatile food wine you won’t find in any color, at any price point.”
-Wine Enthusiast

Proven Rosés are “…gently made, intriguingly perfumed , and dry enough to be the perfect foil for the garlic and olive oil that characterize the region’s cuisine.”
-The World Atlas of Wine by Hugh Johnson and Jancis Robinson

“Not just for summer sipping and bouillabaisse, Rosé wines pair well with all kinds of cuisines, all year-long.”
-Wine Enthusiast 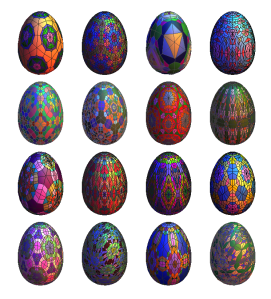 Easter is a sign that spring has finally arrived and also is a time for family celebration. Traditional Easter menus center around either a roasted ham or lamb, begging the question, “Which wine goes best with either the roasted ham or lamb?”

For roasted ham, the best “tried and true” companion wines are Riesling or Gewürztraminer. Both tend to offer fresh, flavorful taste profiles with enough sweet fruit to balance the salt in the ham and enough acidity to support the combination, without compromising the flavor in either the ham or the wine. If choosing a red wine, fruit-forward Zinfandel would be the perfect choice to handle ham’s sweeter side.

Lamb, the traditional meat of the day, whether it be spring lamb, leg of lamb, rack of lamb or stuffed lamb, the strategy is to stick with well grounded reds such as Burgundy, Cabernet Sauvignon, Malbec, Merlot, Tempranillo or Shiraz. These have decent tannin structure, good fruit and a long finish. The over-all goal is to have a red wine with enough fruit and acidity that handles the robust flavors of the lamb, but not overpower it in the process.

Hop in and celebrate Easter by pulling the cork on that special bottle of wine – something new you haven’t tried!

“Looking forward to hearing from you and thank you again for your continued support and commitment to HEART BJFW. I received a number of comments about how festive and interesting the Champagne feature came across. Very intelligent and entertaining!”