Global Traveler, a premier luxury business and travel magazine, has released the results of its ninth annual Wines on the Wing Airline Wine Competition.

The competition was held in the spring at The Westin, New York Grand Central – I participated, along with twenty-four judges in a blind tasting of Business Class and First Class Wines; here are the final results, along with the judge’s bios and a link The Global Traveler article.

Colman Andrews is the editorial director of TheDailyMeal.com. He was the co-founder of Saveur Magazine and, earlier, the wine columnist for Los Angeles Magazine. He is the winner of eight James Beard awards including one for Best Writing on Wine and Spirits.

Manos Angelakis is the senior wine and food writer for Luxury Web Magazine and the author of the semi-monthly Oenophile Blog. As a writer, critic and experienced judge, he travels extensively throughout the world’s wine regions.

Cesar Baeza is an enologist, consultant and educator for the wine industry. A native of Chile, he studied winemaking there and in France, Spain and California and worked in many wineries. For 20 years, he was wine master and coowner of Brotherhood Winery, New York State.

Philip di Belardino is director of fine wine development at Banfi Vintners and Excelsior Wines, a frequent wine lecturer at the Cornell School of Hotel Administration and the Culinary Institute of America, and a speaker at wine dinners. He has been in the wine business since 1973.

Lisa Donneson is proprietor of Bouké and Bouquet wines, produced on Long Island, New York. She is a graduate of the Wine and Spirits Education Trust and a member of the Institute of Wines & Spirits and Long Island Wine Council.

Carl Etcheverry is the sommelier at the Union League of Philadelphia, where he also hosts private wine functions in its Cellar 62. Before 2010, he was manager of a 26,000-bottle wine cellar at Nemacolin Woodlands Resort and sommelier at its 5-star Lautrec restaurant.

John Fanning is partner and general manager of SD26, an Italian restaurant in Manhattan. He has been general manager and/or wine director at Accademia di Vino, Il Trulli, Beppe, Felidia, Coco Pazzo, Le Madri and Palio in New York; and at Bramante and San Michelle in Rome.

Fred Ferretti is a wine and food writer whose articles appear in many national publications, and the Asian food authority for Food Arts magazine. Formerly a New York Times reporter, he was also a columnist for Gourmet magazine.

Xavier Flouret is the founder and CEO of Cognac One, a wine importing company based in New York. He is the creator of the Xavier Flouret label, a worldwide selection of wines, and importer of Champagne Lenoble, Château de Malengin and Cave de Tain, among other wines.

David Frieser is president of Beekman Liquors, Inc., a 56-year-old wine shop in Manhattan, and a frequent wine lecturer for clients. He has been professionally involved in wine for 30 years.
Curtis Green is president and founder of TenFolks Enterprises, a wine education and marketing company created to broaden interest in wine among African Americans through tastings, seminars and other events.

David Gross works with Sherbrooke Cellars, a wholesaler of small, highquality family-owned wineries. He has been in the wine trade for more than 20 years as a restaurant wine specialist with Southern Wine & Spirits and, earlier, as a caterer.

Harriet Lembeck is president of the Wine and Spirits Program where, for 30 years, she has taught consumers and wine trade personnel. She is the author of the sixth and seventh editions of Grossman’s Guide to Wine, Beers and Spirits and writes for Beverage Dynamics magazine.

Gilles Martin is the winemaker and director of operations at Sparkling Pointe winery on New York’s Long Island. French-born, he studied winemaking at Montpelier and worked at Roederer Estate and Delas Frères.

Elizabeth Palmer is a wine writer based in Toronto, Canada. Her articles have appeared in The Huffington Post, China Wine News and other publications. She is currently writing three books about Champagne. One, The Woman’s Guide to Champagne, launches this fall.

Fred Price is New York metro sales manager for Maximum Wine Co., an importer/distributor specializing in family-owned artisanal estates. Previously, he was senior vice president at Noble House Wines. He has also been a sommelier and wine director in several restaurants.

Arno Schmidt has been the executive chef at New York’s The Waldorf Astoria, The Plaza and other famous hotels, where he organized numerous wine and food events. A native of Austria, he has worked in hospitality since 1946.

Robert Shack is owner of HB Wine Merchants/R.Shack Selections and of Clos Robert Winery in Sonoma, Calif. Earlier, he was vice president and manager of the Premiere Wine Merchants Division of Rémy Martin Amerique for 20 years.

Peter Sichel is a fourth-generation wine grower and négociant and a leading authority on German and Bordeaux wines. He is the former chairman of H. Sichel Söhne which imported Blue Nun, former owner of Château Fourcas-Hosten in Bordeaux and author of two wine books.

Darrin Siegfried is owner of Il Gallo Giallo Wine Bar in New Paltz, N.Y., and president of the Sommelier Society of America. He has managed a number of restaurants in New York and created the Brooklyn wine shop Red, White and Bubbly.

Mary Taylor is the French wine portfolio manager for Sherbrooke Cellars and the founder of the Thoreau Wine Society. Previously, she worked in fine wines at Sotheby’s and at Acker Merrall & Condit. Her experience covers retail and distribution.

Cristian Vasquez is food and beverage director of The Westin New York Grand Central. Previously, he held the same position at the Inn of the Anasazi in Santa Fe, N.M. A graduate of Johnson & Wales University, he has worked in hotel restaurant management since 1995.

I want to specially thank Air Canada for upgrading my from flight from Toronto to New York and return, to Business Class. 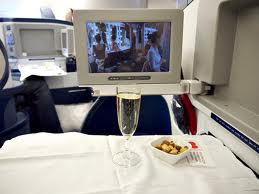