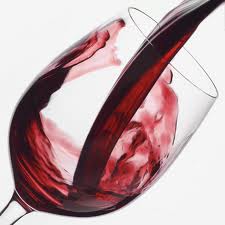 A study in the May 27, 2011 issue of European Journal of Pharmacology suggests resveratrol found in red wine and red grapes may be responsible for this reduced risk.

In the study, Siddhartha R. Bhatt of the University fo Houston in Texas and colleagues treated some spontaneously hypertensive rats (SHR) aged 3 to 4 weeks with resveratrol in drinking water for 10 weeks. Some rats remained untreated as controls.

More importantly, according to the study, resveratrol treatment prevented the uncoupling of endothelial nitric oxide synthetase (eNOS) and scavenging of nitric oxide (NO), both of which would be otherwise observed in vascular diseases.

The study suggests that resveratrol can help prevent cardiovascular diseases including hypertension.

Food consumers do not have to drink red wine to prevent cardiovascular disease; resveratrol is now available as a dietary supplement.

When you raise a glass to toast with champagne this Thanksgiving, you are doing your heart a favor, according to a new study.

The results of the study revealed how moderate alcohol consumption can help to prevent heart disease by blocking the signals of molecules linked to plaque build-up in arteries. The molecules, called “Notch” proteins, are vital to embryonic development, and in adults, they help control the tiny, involuntary muscles that regulate blood flow though arteries. When Notch molecules are stimulated — by high levels of cholesterol, smoking or changes in blood flow — they spur these smooth muscle cells to multiply, which can lead to development of arterial plaques, said study researcher Eileen Redmond, an associate professor in the department of surgery at the University of Rochester Medical Center.

But when these smooth muscle cells are exposed to alcohol, the Notch signaling is blocked, and the cells in the arterial wall don’t grow and thicken, Redmond said.

Drinking “small amounts, regularly, is how to get the best effect,” she told MyHealthNewsDaily. “It’s the people who drink one to two drinks a day who have the best protection” from heart disease. However, large amounts of alcohol and binge drinking can be harmful to the heart and can lead to stroke, according to the American Heart Association.

The study was published Nov. 18 in the journal Arteriosclerosis, Thrombosis and Vascular Biology.
Testing the Theory Researchers grew cells from human coronary arteries in dishes, and exposed them to alcohol. They found that alcohol stopped growth of the arterial cells by putting the brakes on the signaling abilities of Notch, Redmond said.

Then, the researchers tested the effects of alcohol in mice. They gave one group of mice the equivalent of two alcohol drinks a day, and another group no alcohol. Mice given the alcohol had less Notch signaling, and their blood vessels walls were thinner than the mice that didn’t drink, according to the study.

The finding demonstrates how alcohol works to benefit the heart — and paves the way for future research for a drug that can mimic alcohol, Redmond said. “If we can understand the mechanisms mediating the beneficial effects of moderate alcohol consumption, we can develop therapy that can mimic good effects without the intoxicating and deleterious effects of alcohol,” she said.

The finding supports evidence from other studies that modest alcohol consumption is good for heart health. A study presented at an American Heart Association meeting this month found that male heart bypass patients who drank lightly or moderately were less likely to need another heart procedure or suffer a heart attack or stroke than patients who didn’t drink.

A 12-ounce beer, 5-ounce glass of wine or 1.5 ounces of distilled spirits counts as one drink, according to the Mayo Clinic.