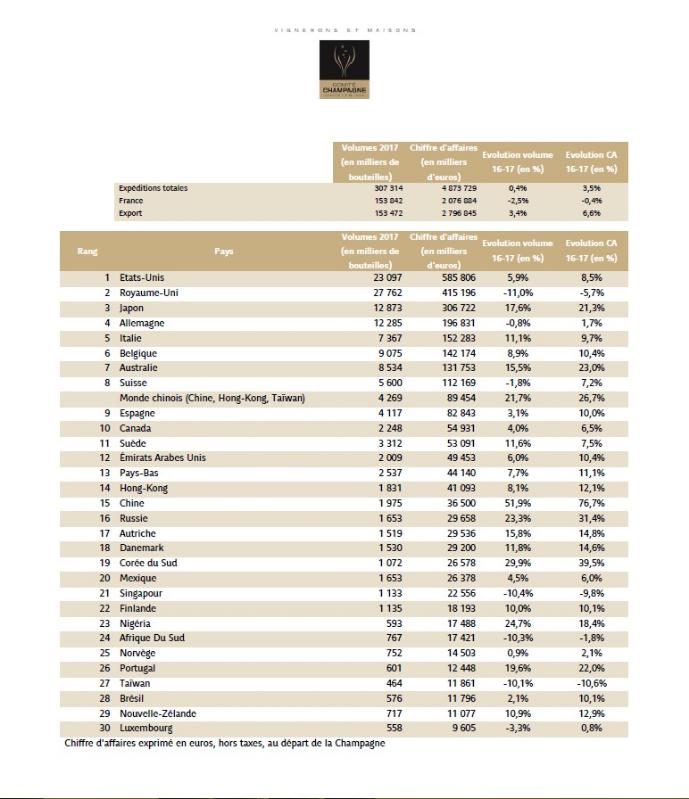 When it comes to the preferences of American wine drinkers, the proof is in the wine glass: from 2009 to 2010, total volume of French wine exports to the U.S. went up +6.4% to 10.5 million cases and wine value increased by +15.6%, with sparkling wines leading the pack. Champagne, in particular, experienced explosive growth with volume increasing by +51.3% and value by +58.6%. The numbers illustrate that on- and off-premise consumers are spending more per bottle on French wines than they did in 2009. While the economy continues to recover, American wine drinkers have shown that because of the quality, tradition, diversity and value that French wines offer, they are confident to put their money where their wine glasses are, whether it’s for a celebration or everyday enjoyment.

Champagne’s top performance indicates that consumers no longer only look to sparkling wine to celebrate a special occasion, but are now purchasing it on a more regular basis due to Champagne’s high quality, versatility with food and the craftsmanship of its producers. Other sparkling wines from outside of the Champagne region grew +7.3% in volume and +18% in value. As a whole, the total sparkling wine category went up +32.5% in volume and +54.3% in value, attesting to the fact that, in 2010, consumers were trading up across the board in this category.

In the still wine category, AOP (previously known as AOC) wine exports were up overall with the Loire Valley leading the way with an increase of 40% in volume and 34.7% in value; the Languedoc made huge strides in 2010, increasing by 29.4% in volume and 39.4% in value; and both Burgundy’s and the Côtes du Rhône’s value percentages increased, exceeding their volume, showing that consumers are keen to spend more money per bottle on wines from these particular AOP regions.

IGP wines, or Vins de Pays, experienced a decline in volume of -15%, but a +10% increase in value which indicates that while consumers are buying fewer wines from this category, the wines they are purchasing cost more per bottle. Wines with no geographical denomination, previously known as Vins de Table, have continued to decline with a loss of -6% in volume and -0.11% in value, proving that, in general, Americans are now preferring wines from the other two categories.