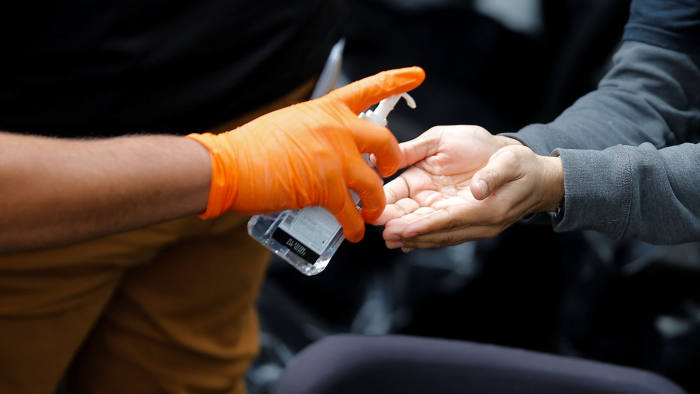 With coronavirus infecting over 100,000 people worldwide to date, health authorities have suggested using hand sanitizer as one of the easiest ways to prevent this disease from spreading.

This has led to panic buying the anti-bacterial gel and, now, supermarkets and chemists are starting to run low on hand sanitizer.

The World Health Organization (WHO) provides a recipe for making hand sanitizer at home, but its guidelines recommend using a white spirit that contains a minimum of 60% ABV for it to be effective. Given that most spirits in the UK and Europe are sold at around 40% ABV, this kind of potency is hard to find for everyday shoppers.

As a result, dozens of spirits manufacturers have answered the call and started to make hand sanitizers or high-strength spirits of their own. Some are selling these to local supermarkets, some are asking for donations from their local communities to support charitable initiatives, and some are giving them away to those most in need.

Brewdog is one of the latest drinks groups to pivot to personal hygiene. The brewer’s spirits arm, Brewdog Distilling Co., is now making hand sanitizer at its distillery in Aberdeenshire, Scotland.

Mock-ups of the gel bottles were posted on Twitter March 17 and resemblance the company’s new branding, which was unveiled last month.

Brewdog co-founder James Watt said the company is not selling it for profit but is instead “giving it away to those who need it.

In France, spirits giant Pernod Ricard said it would donate 70,000 litres of pure alcohol to produce hand sanitizer. The company is working with Laboratoire Cooper, which supplies hand sanitizer to French pharmacies, according to an announcement from the group on Wednesday.

Pernod Ricard’s announcement came as French health officials warned the country could face a shortage of basic resources as it goes into lockdown, including hand sanitizer.

The decision could help pharmacies across the country produce the equivalent of 1.8 million individual 50ml vials of hydroalcoholic gel.

Sébastien Lucot, Managing Director of Laboratoire Cooper, added: “We are very pleased with this partnership with Ricard SAS. Since January we have been steadily increasing our production capacity. It has already increased five-fold in one month, with the demand of pharmacists and consumers being a top priority for us.”

Elsewhere, in Spain and Ireland, Pernod Ricard Spain and Irish Distillers will also put their technical, human and production facilities at the service of the authorities to produce hand sanitizer.

Meanwhile, Pernod Ricards subsidiaries have also turned their production to hand sanitizer.
Absolut Vodka has said it will distribute high alcohol neutral spirit in Sweden for use in hand sanitizers.

Paula Eriksson, communications manager for The Absolut Company, has said the vodka producer is “happy to help”.

“We can deliver the neutral alcohol by itself if the receiving authorities can help with the rest,” she tweeted.

She also mentioned on social media that the company had made contact with the Swedish Civil Contingencies Agency and the Swedish Department of Health.

And in the US, Pernod Ricard’s Arkansas manufacturing plant and distilleries, which are dedicated to producing its whiskey labels Rabbit Hole (Kentucky), Smooth Ambler (West Virginia) and TX Whiskey (Texas) are producing hand sanitizer for the American market.

While it is perhaps a simpler process for large drinks companies to lend their services to governments as impromptu sanitizer factories, smaller, independent distillers and breweries around the world have also been doing their part for the local community.

In Bristol, UK, Psychompomp Microdistillery & Circumstance Distillery set about making hand sanitizers with 65% ethanol (it is recommended that hand sanitizer contain an ABV of at least 60% to be effective). The gel is also made with gin botanicals already on-hand at the distillery, and aloe vera gel.

The distiller took action earlier this month after finding their local shops had run out due to panic buying in the local area.

Liam Hirt, co-founder of Psychopomp & Circumstance Distillery, said: “The team wanted some hand sanitizer and everywhere was sold out so we decided to make some.”

Rather than selling the rare commodity on for profit, the distillery offered to add a small bottle of sanitizer to every gin order and placed a donation box at the still house.
Customers are being encouraged to bring their own refillable bottles to top up on hand sanitizer, and the donation box at the facility allows health-conscious locals to pay what they like.

Donations will be handed to Bristol children’s hospital charity, The Grand Appeal.

In Canada, local brewer Annex Ale Project has said it will make around 7,000 cans of hand sanitizer each week for the foreseeable future to supply a grocery store in Calgary, Alberta.
“There are these shortages of hand sanitizer all over the city and the World Health Organisation (WHO) put together basically a recipe for anyone that needs to make it, so I figured if I make alcohol most of the time anyway, why not just pivot a little bit,” owner Andrew Bullied told the Calgary Herald.

Annex will produce hand sanitizer based on the WHO recipe, which uses hydrogen peroxide, glycerol and 80 percent ethanol. It will be made from the wash (the final stage of brewing before distillation), with the ethanol being removed and used in the end product.
In a post on Instagram yesterday (18 March), Annex said it hopes to roll out the product by the end of the week.

“We are in a unique position to do this as a brewery because we have a license to acquire and warehouse distilled spirits and a packaging line to be able to put these products into cans,” Annex said.

The product will be sold as sanitizer refills, so those who buy it will need to pour it into a sealable container after opening, such as a soap dispenser or shampoo bottle.

The brewer is working with Raft Beer Labs, a Calgary-based company that does quality assurance for breweries, to create a production package that “we hope to share with other Canadian distillers and brewers that are legally able to blend spirit.”

Elsewhere in Canada, Corby Spirit and Wine Limited and its Walkerville Hiram Walker & Sons Distillery in Windsor, Ont. are proud to announce today that they are producing hand sanitizer.

J.P.Wiser’s Canadian whisky, the historic distillery, has been in operation for over 160 years on the banks of the Detroit River, distilling 180,000 litres of alcohol daily, and today will be adding hand sanitizer to its production line.

“Corby is proud to support the efforts of the Canadian and Ontario governments and communities across the country in fighting the spread of the COVID-19 pandemic,” says Patrick O’Driscoll, Chief Executive Officer of Corby. “In coordination with local and senior levels of government, we are utilizing our production capacity and Windsor distillery to help provide hand sanitizer to areas where it is in need.”

The sanitizer will be donated where needed in Windsor, and to the TTC in Toronto.

A number of distillers are also making their own contribution in the USA. Williamsburg-based New York Distilling Company is using its undiluted Perry’s Tot Navy Strength Gin to create bulk hand sanitizer.

The recipe is based on CDC recommendations, using two parts uncut gin (about 85% ABV) and aloe vera gel.

As it is based on their Perry’s Tot Gin, it also contains botanicals, providing a scent of juniper berries, citrus peels, and spices, according to the company.

The hand sanitizer isn’t available for sale, but will be offered to people from selected businesses that have existing relationships with New York Distilling, “as a way of offering solidarity, support, and friendship for the local hospitality industry.”

Elsewhere in the states, Yahara Bay Distillers is making its own contribution to the hand sanitizer crisis.

Though it is not specifically making hand sanitizer, the distillery, based in Madison, Wisconsin, is working to bottle a super-strength version of its “Just Vodka,” which comes in at 70% ABV, in the hopes it could be used to kill bacteria.

Nels Forde, the general manager, said in a statement that the distillery doesn’t yet have an approved formula and label to make hand sanitizer, something that could take months to gain approval from the American Alcohol and Tobacco Tax and Trade Bureau.

Instead, it is selling the high-strength vodka without added aloe or another moisturizing element, and the first 75 customers who purchase it will get a free spray bottle or a roll of toilet paper.

Luxury goods group LVMH has instructed its perfume and cosmetics division to prepare its facilities to produce “substantial quantities” of hydroalcoholic gel for the French authorities.

Its brands including Dior, Guerlain and Givenchy will start producing the product from today (16 March) in order to help mitigate the spread of coronavirus.
The gel will then be delivered free of charge to health authorities. LVMH said it will continue to honor this arrangement for “as long as it is necessary”.