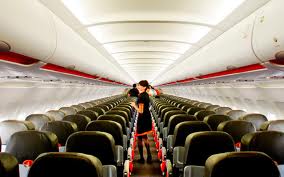 A report released yesterday by Air Transport Rating Agency (ATRA) found that the safest carriers in the world were mainly those based in Europe and the US.

While European and US airlines rarely feature in the top 10 rankings for best customer service, airlines from these regions have dominated a new list of the world’s safest carriers.
Air France-KLM, British Airways and Lufthansa are the safest airlines in Europe.

The safest US-based airlines are AMR Corporation, Continental Airlines, Delta Airlines, Southwest Airlines, United Airlines and US Airways, while the safest from Asia is Japan Airlines.

To obtain this classification, the first of its kind, ATRA examined publicly available information on 15 criteria, such as the average age of the aircraft used or the homogeneity of the fleet.

Each year, the European Union releases list of banned airlines, often considered to be the world’s most dangerous. The latest list, published in April, can be seen at http://ec.europa.eu/transport/air-ban/list_en.htm. It includes 37 Kazakh carriers and 43 Indonesian airlines.