This wine exhibits a deep ruby color with promising aromas of red cherry, blackberry and red pepper with some hints of spice; in the mouth, it offers multi-layers flavors of berries, plums, cherries with hints of blood orange and exotic spice; nicely focused finish.

Lush tropical fruit integrated with some citrus notes. These flavors are carried through to the palate with some hints of vanilla spice to round out the long, lingering finish. 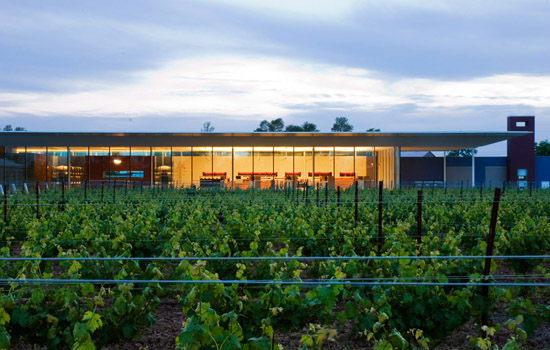 Aromas of orchard blossoms and fruit, with hints of dark earth and integrated oak. Shows elegance on the palate with creamy orchard fruits (apple and pear), seamless spice with a tangy lengthy finish. 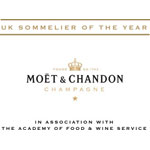 Martin’s victory came after a tough final at the Savoy hotel in London today, where he competed against Romain Bardary of the Vineyard at Stockcross, and Arnaud Bardary from Maze in London.

Bardary was placed second, while Bourger was third in the competition, organized by the Academy of Food and Wine Service (AFWS) and The Caterer, and sponsored by Moët & Chandon Champagne.

All three finalists were submitted to a grueling three-hour competition in front of an audience made up of judges, former winners, their peers from the industry, sponsors and journalists.

As part of the competition they were required to: inspect a wine list and identify a number of errors (that were not to do with spelling or pricing); undergo a blind taste test of two wines, one red and one white, as well as describing and identifying them; identify four spirits served in black glasses; serve three tables of former winners in a restaurant role play situation; and finally to pour a magnum of Moët & Chandon Rose Imperial Champagne into 16 glasses.

Each of the finalists showed different strengths but the judges, including Eric Zwiebel from Summer Lodge and Roger Jones from the Harrow at Little Bedwyn, chose Martin as the overall winner.

Among Martin’s prizes for winning the competition was an engraved jeroboam of Moët & Chandon Champagne, and a ‘money can’t buy’ mentoring programme. The AFWS and The Caterer will facilitate a series of educational sessions featuring the UK’s top sommeliers.

The day’s competition started with the 12 semi-finalists of the 2015 competition being whittled down to six finalists, before the final three were selected to compete in the grand final in front of an audience.

Romain Bourger, the Vineyard at Stockcross – Wales & South West Sommelier of the Year

Now in their 36th year, the awards are run by the AFWS and The Caterer, and are internationally recognised by the Association de la Sommellerie Internationale (ASI). They seek to find the best wine waiter or sommelier based on wine and spirits knowledge and front of house beverage skills.