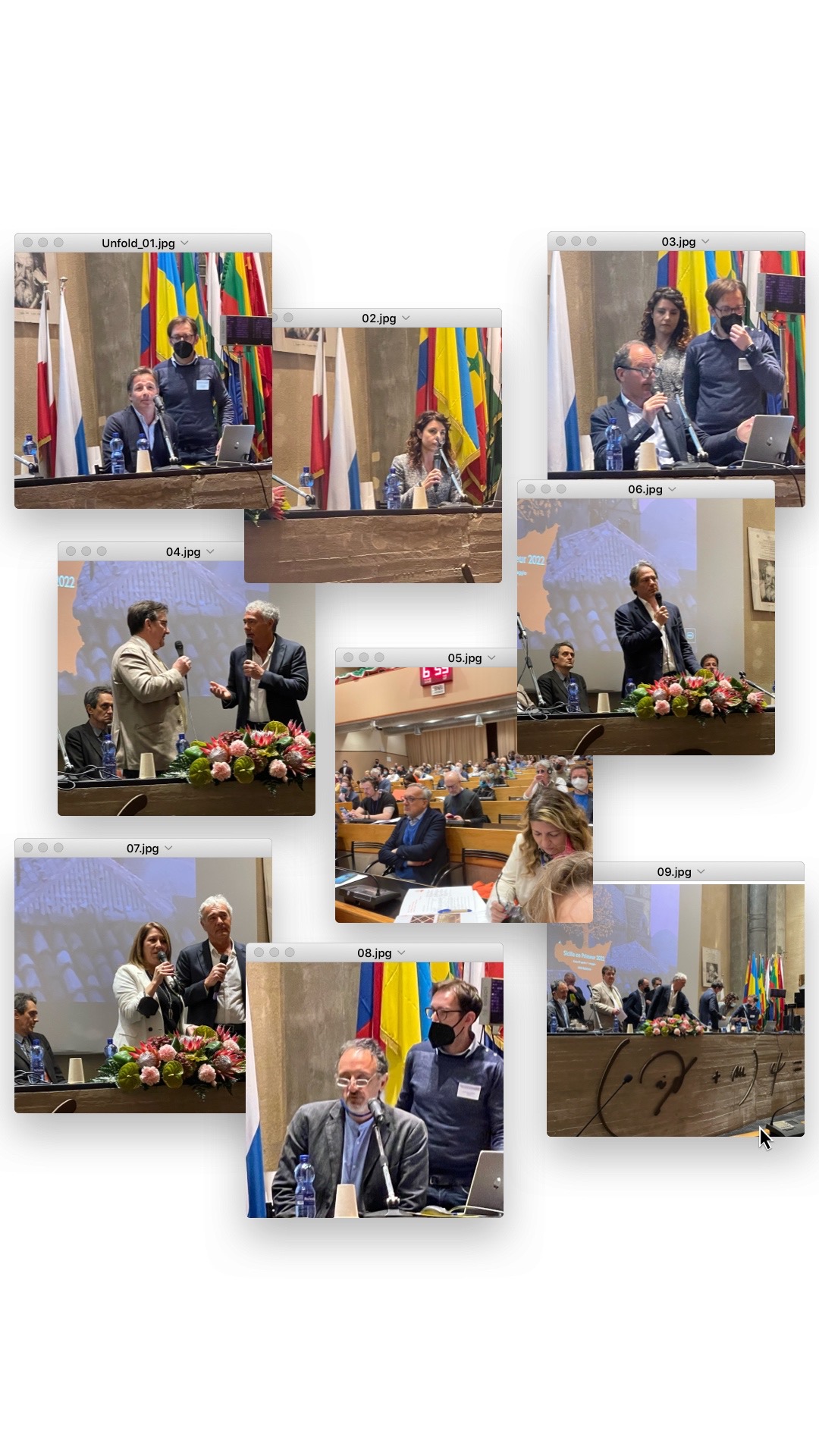 What an amazing experience attending Sicilia en Primeur 2022!  Assovini Sicilia has certainly set the bar high for its eighteenth edition, and I believe the attending journalists will attest that this.

This year is the 18th edition. In attendance were 80 national and international journalists. There were 7 wine tours, over 500 wines tasted, and 1 Masterclass.

After two years, the itinerant event organized and produced by Assovini Sicilia, was held in Erice, in the historical venue “Centro di Cultura Scientifica Ettore Majorana.” The medieval town of Erice has previous welcomed journalists, scientists, scholars, institutions, and enologists.

The conference and opening of Sicilia en Primeur 2022 was held on April 30 with renowned Journalist Massimo Giletti as the host and various guest speakers giving their technical-scientific presentations on the theme “Back to the roots. Sicily experiencing the future.” Including a presentation by Professor Antonio Zoccoli, (President of the National Institute of Nuclear Physics) “Wine is also physics, and neutrino detectors are useful to unmask wine frauds” and he further states that “There is no wine without neutrino.”

Professor Marco Moriondo (Institute of Bioeconomics of CNR in Florence) states “Wine-growing Sicily is less exposed to climate change thanks to its soils, terroir, biodiversity and microclimates.”

Enologist Mattia Filippi and founder of Uva Sapiens states “Sicily is nowadays enjoying a privileged condition and its viticulture structure is so strictly connected with its traditions that a series of productive variables are extremely relevant also with regard to climate change.”

The Mayor of Erice, Daniela Toscano, along with Lorenzo Zichichi, both hosts of the “Centro di Cultura Scientifica Ettore Majorana”, mentioned the historical and scientific vocation of the medieval town of Erice.

Laurent de la Gatinais, the President of Assovini Sicilia, spoke of Sicily as “a miniature continent. Its diversity will be the key of our future. Therefore, we need to focus on vine, its study, its development. It has always been said that the human factor is fundamental in the production cycle, and today I strongly believe that it is more and more actual and understood as science, knowledge, and know-how. This is the only way we can tackle important issues, such as that of climate change. Assovini Sicilia wants to be the advocate and pioneer in leading the future of Sicilian viticulture following new models.”

“Sicily is today the largest organic wine area in Italy” comments Antonio Rallo, the President of Consorzio di Tutela Vini DOC Sicilia. It is a territory that by its very nature identifies sustainability as the keystone of the Sicilian viticulture system. This is the direction to where the industry of the island is moving, towards quality wines, authentic and recognizable in their identity and sustainable throughout the whole production process.”

Sicilia en Primeur is not only an important event for the Sicilian wine industry. It is also a perfect opportunity to showcase Sicily’s viticulture and historical-archaeological heritage through its wine tours. Stay tune for my updates on the wine tour.