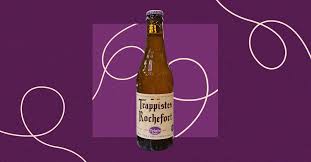 Belgium’s Abbey of Notre-Dame de Saint-Remy, also known as Brasserie Rochefort, or Rochefort Brewery, has been brewing Trappist ales since 1797. For the first time in more than half a century, the historic brewery is releasing a new beer.

Monks at the abbey started producing a blonde Trappist in 1920 but discontinued production after just three years. One hundred years on, that recipe is being revived in Rochefort’s new “Triple Extra.”

“We had been considering making a new blonde beer for a long time, but now the time was right,” the brewery states.

Those hoping to get their hands on the blonde Trappist may have to wait sometime. As of publishing, it’s unclear where Triple Extra will be sold and how much has been made. Thankfully, it seems like this one is set to stick around for more than three years.

“We have made the first brew and are surprised by the quality of the beer, which is close to the optimum,” Mathy told local Belgian news. “But we will remain attentive to consumers and make possible adjustments in order to further improve it.”