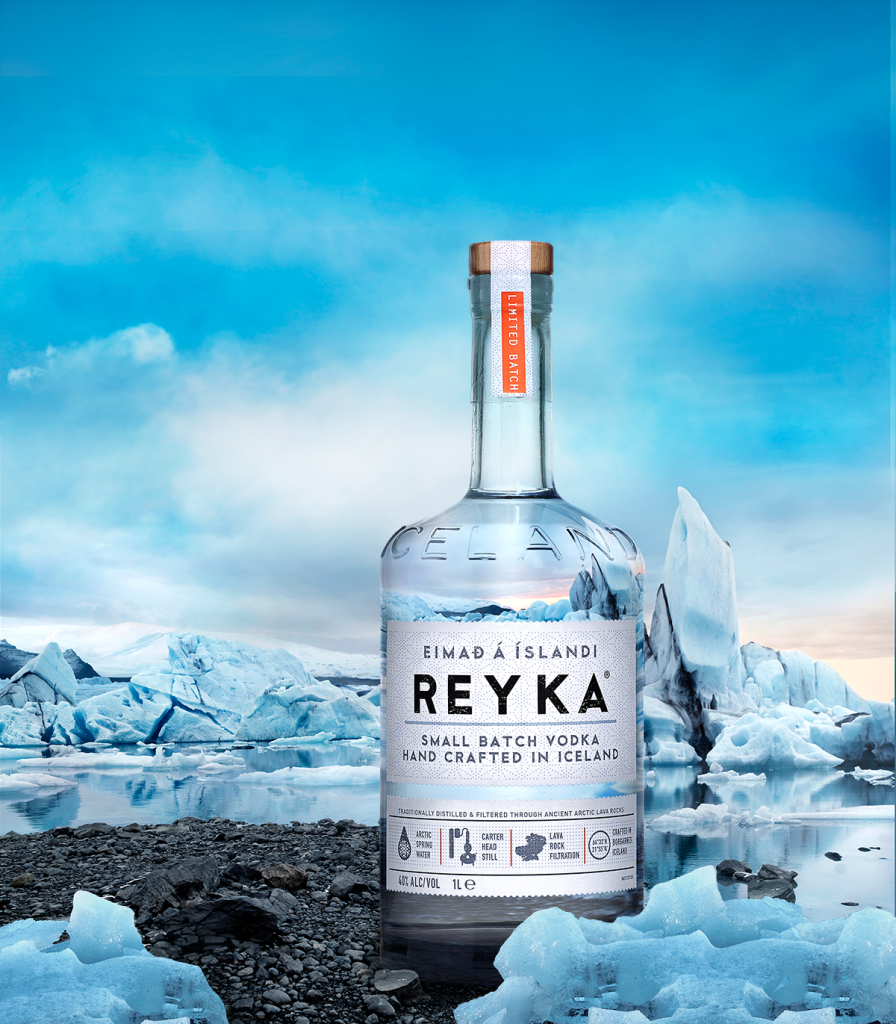 Cocktails at Reyka’s five-day pop-up are free, if you can get there.

As part of an ambitious new promotion, fans of the Icelandic vodka brand Reyka are being encouraged to try it at the source. No, not at the distillery, but at the source of their water, the Langjokull Glacier. For five days Reyka will be opening a pop-up bar on top of the massive ice sheet—billed as “the world’s first bar on a glacier.”

If you missed your chance to drink gin at a pop-up bar at the North Pole earlier this year, you now have a chance to participate in this unique pop-up.

There are two ways to attend:

The easy way is to enter to win a trip on Reyka’s website – “those selected will be whisked off to the land of fire and ice by air before being taken on an off-road adventure to reach the source of Reyka Vodka and the home of the world’s first bar on a glacier.”

Secondly, the more free-spirited types are being encouraged to simply invite themselves: Reyka has posted the coordinates on their website—64.565653°N-20.024822°W—and are essentially saying that if you think you can make your way there, by all means, stop by. (Just please don’t try to make the arduous journey while consuming alcohol, they add. That’s for after you arrive.) Meanwhile, if finding random global coordinates isn’t your specialty, for one day only October 20, you can also book a paid tour through Activity Iceland who will be making a special stop at the bar.

The five-day Arctic Circle pop-up—which will last from October 16 to 20 has been ten months in the making, including teaming with local craftsmen to build the structure before moving it to the site for the opening. The menu will consist of free samples of cocktails made with Reyka Vodka, including the brand’s signature drink, the Puffin Collins. Once the pop-up has ended, the plan is to remove it “without trace” so as not to disturb the beauty of the glacier.

“We’re puffin-chuffed to bring the charmingly offbeat spirit of Reyka Vodka to the world with this one-of-a-kind, once-in-a-lifetime opportunity to drink our vodka in the world’s first bar on a glacier,” Rekya Vodka Brand Ambassador Fabiano Latham said in the announcement. “Reyka Vodka is not just made in Iceland, it’s made of Iceland—so where better to host our Reyka Bar than at the very source—Langjokull Glacier!” Technically, I think that depends on your personal definition of the word “better”—but a pop-up bar on a glacier is definitely “cool.”