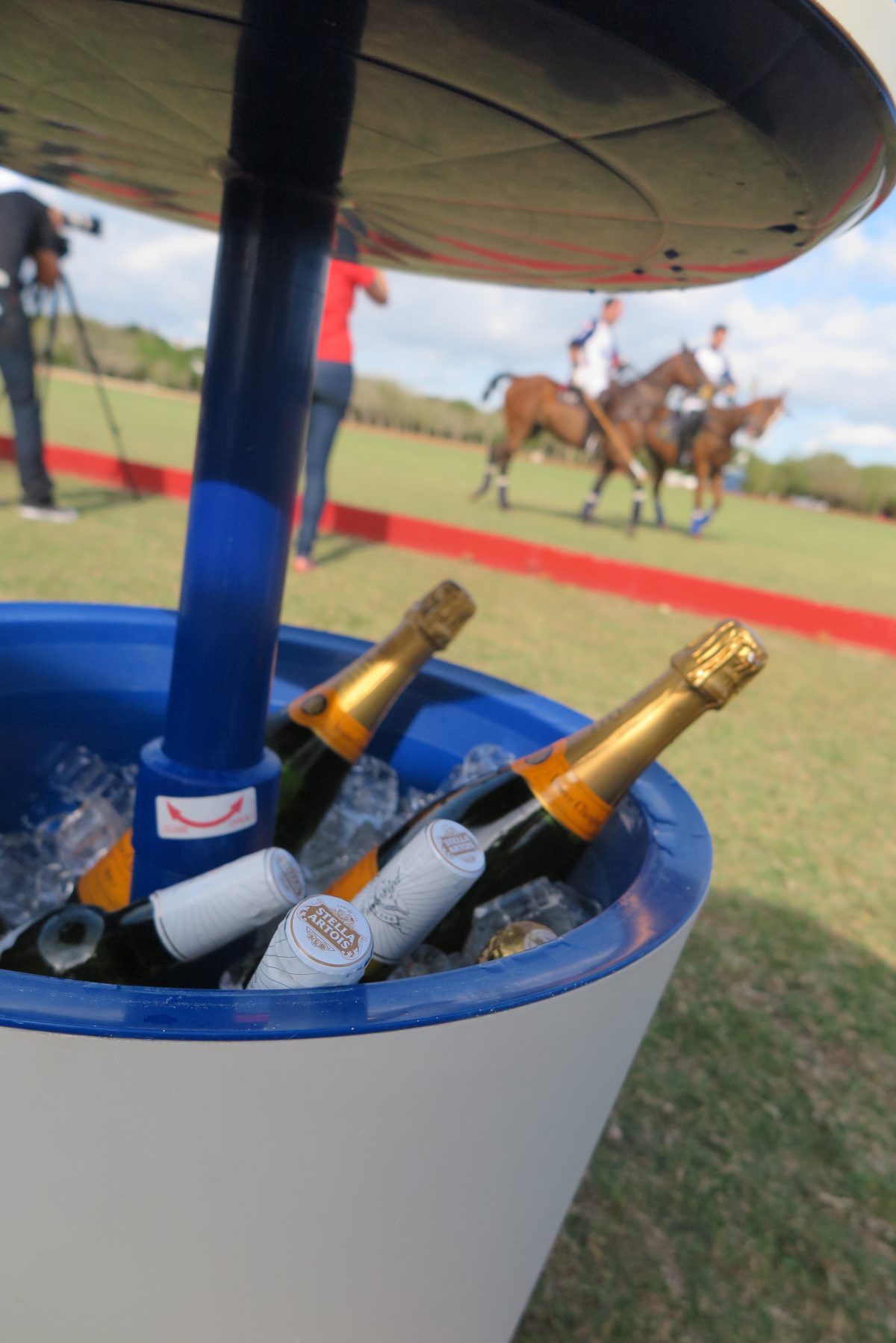 Casa De Campo, one of the Caribbean’s legendary resorts boasts six restaurants and three award-winning golf courses – one being the top golf course in the world, the Teeth of The Dog. That’s just the beginning and the Casa story tells the tale of constant evolution and corporate contribution.

Casa de Campo translated means “homes from cropland” and the real beginning started in the late 1960’s with the success of the Gulf + Western sugar mill operation at La Romana.

Alvaro Carta operated the largest producing mill in the world at the time, and was interested in investing profits into impoverished parts of the island. Alvaro Carta decided to bring in designer Pete Dye in to design a hotel and golf course. Originally the plans were drawn up for an area just outside Santo Domingo but Dye focused on an area near the La Romano Sugar Mill.

Dye started building an Executive Course for the employees of the Sugar Mill and in walking the Caribbean coastline realized that a course along the shore was something special. This course was hand-built by over 300 Dominicans. Coral rock was chipped by sledgehammer and soil was carted in by wagon.

The course was originally called Cajielies which refers to the cashew trees in the mountains, the name was changed to “Teeth of The Dog” when Dye heard locals refer to the sharp coral rock, which looked like canine teeth, as “ diente del perro” (teeth of the dog in Spanish). Teeth of The Dog officially opened in 1971 with seven of the most spectacular holes in golf along the shore of the Caribbean. We toured this and this is something to be seen.

By 1974 the Casa De Campo resort opened as an executive retreat for Gulf + Western Employees and a private airport was built at the resort to accommodate CEO’s and other executives who arrived by private jet.

Over the next ten years Casa has evolved into a resort for many reasons. Prince Maharajah Jabar Singh helped start organized polo, breeding and training. Tennis was added. Altos de Chavon, a village showcasing Dominican art and culture was completed and features many cafes, restaurants and a 5000-seat Grecian style amphitheatre inaugurated by a Frank Sinatra HBO televised special on August 20, 1982.

In the mid-1980’s the property was sold to the Central Romana Corporation and Carta’s dream started to take off in a whole new dimension which is still expanding to this day.

In many ways the story of Casa de Campo in 2015 is being rewritten again.

Casa de Campo’s resort community is spread out over 7,000 immaculately manicured acres which includes: the main hotel, guest rooms, world-class spa, riding stables, polo, tennis, an immaculate private beach, marina, Altos de Chavon – a cultural village with amphitheatre, seven restaurants and several neighbourhoods of privately own villas with many pampering amenities. Casa de Campo’s has its own real estate brokerage onsite and helipad. This sheer size is class and understated, in fact you actually get a golf cart to manoeuvre around the property when you check- in.

Accommodations are everything one would expect of from a world-class hotel and Casa de Campo did not disappoint. We stayed at one of the elite guest rooms, which was conveniently a two-minute golf cart ride to the main building and face out onto one of the greens.

Hidden away in the tropical foliage of Casa de Campo is Casa de Campo Spa – it’s a true sanctuary for renewal. Everything at the spa speaks to the body, spirit and mind being one and being in total alignment. It is delivered by exceptional practitioners, in world-class facilities and one client described the spa as “an incredible spa experience that truly lifted my soul”. There are seven spa suites, each with a private shower with a Zen garden. With a local twist, indigenous ingredients are used such as Dominican Coffee exfoliation, Fruity-Herbal Body Wrap and Choco Body Mask. A true indulgence!

There are seven restaurants in and around Casa de Campo to indulge in. The three main dining experiences are La Caña by Il Circo (Steak, seafood with a good selection of wine) overlooking the pool and spa area, Lago Grill, a full-service restaurant with alfresco dining, and Beach Club by Le Cirque, an elegant beach front dining experience featuring Le Cirque-trained chefs.

Other popular restaurants include La Piazzetta, a gourmet Italian dining experience at Altos de Chavon, La Casita at the marina, where seafood and tapas are the draw and Chinois with breathtaking views at the marina views serves up pan-Asian flavors, Cantonese specialties, Japanese sushi, sashimi and other Oriental dishes.

Our top two were the Beach Club by Le Cirque with two outstanding signature dishes: Lobster Salad and Grouper, and La Piazzetta both for their top service, wine list and over all dining experiences.

At Casa de Campo we found an excellent equestrian center which staff is on hand for lessons in English or Western-style riding and jumping. For ages seven and up, three ponies rides are available on Anita, Juanito or Miguelito. We did a trail ride around the polo fields and saw some teams at practice.

World-class polo has come to the Caribbean – There are three polo fields: one practice field and two for matches. 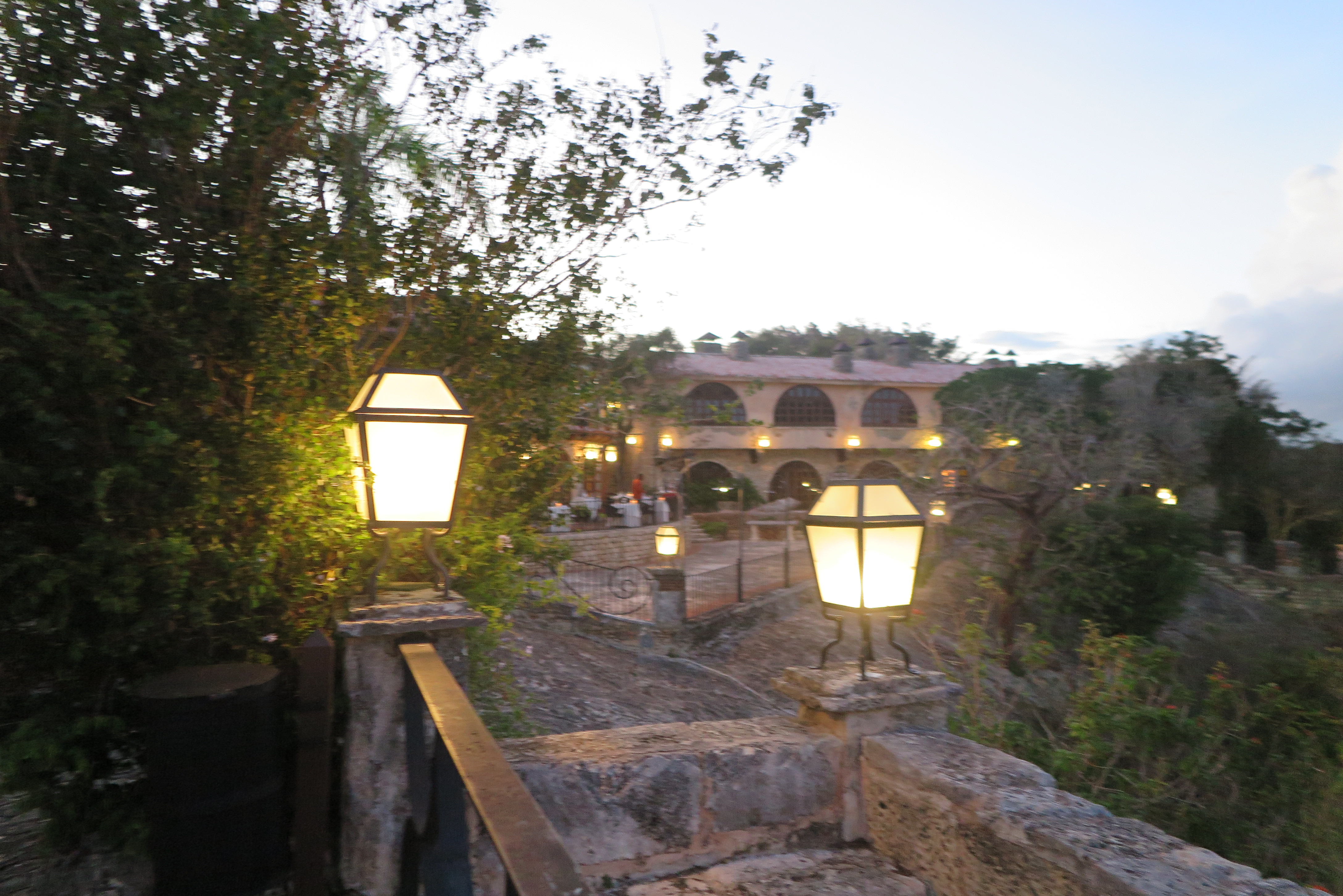 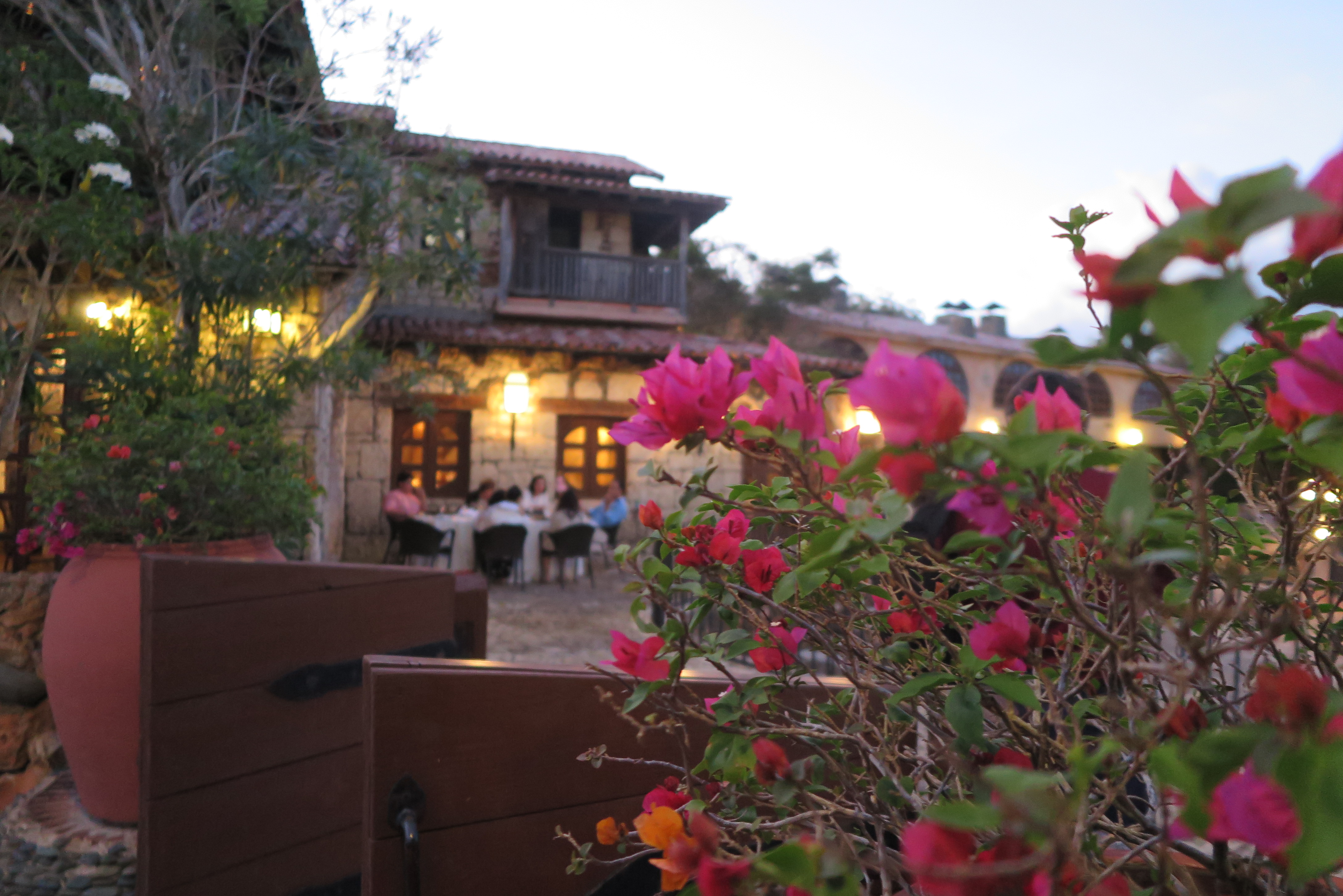 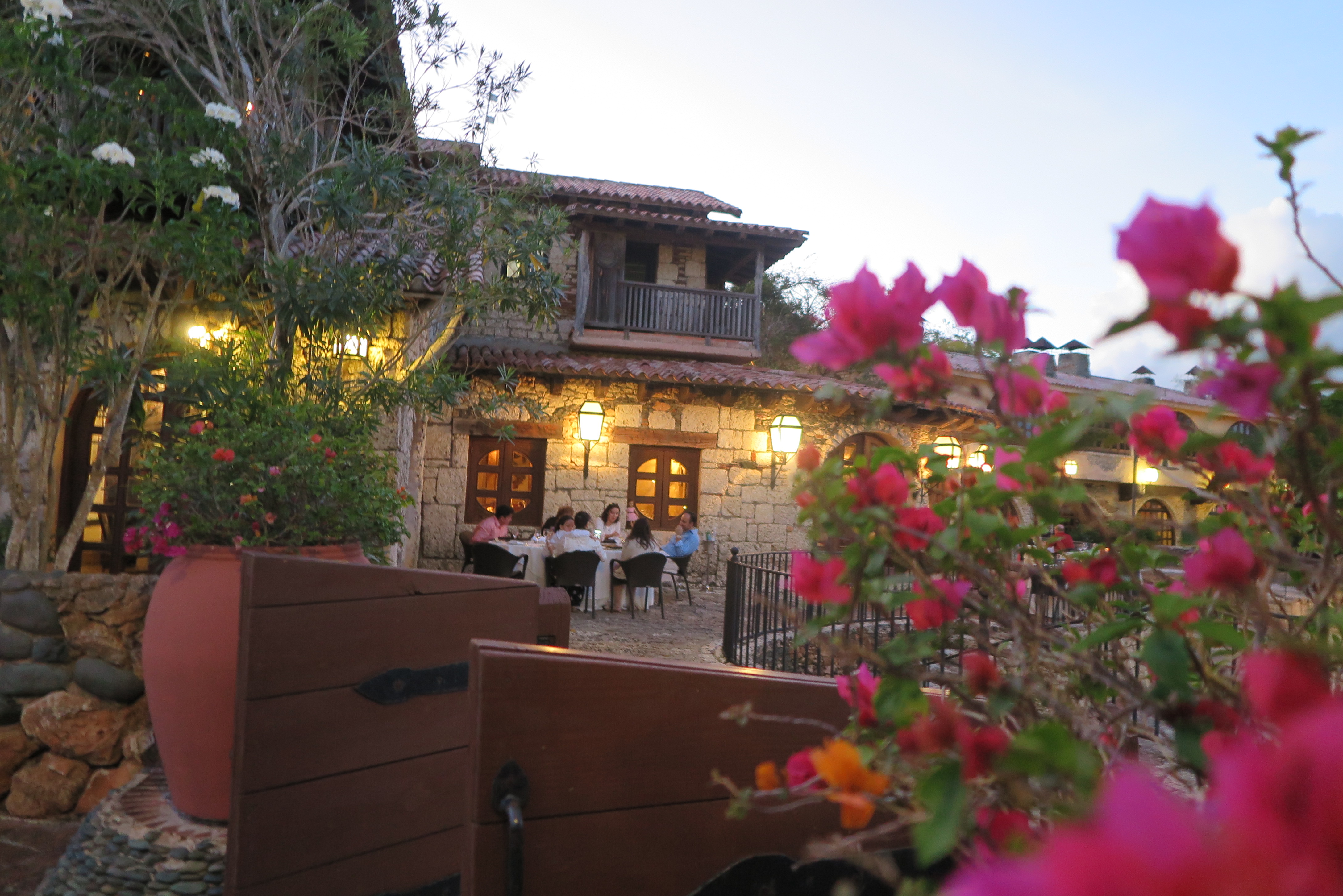 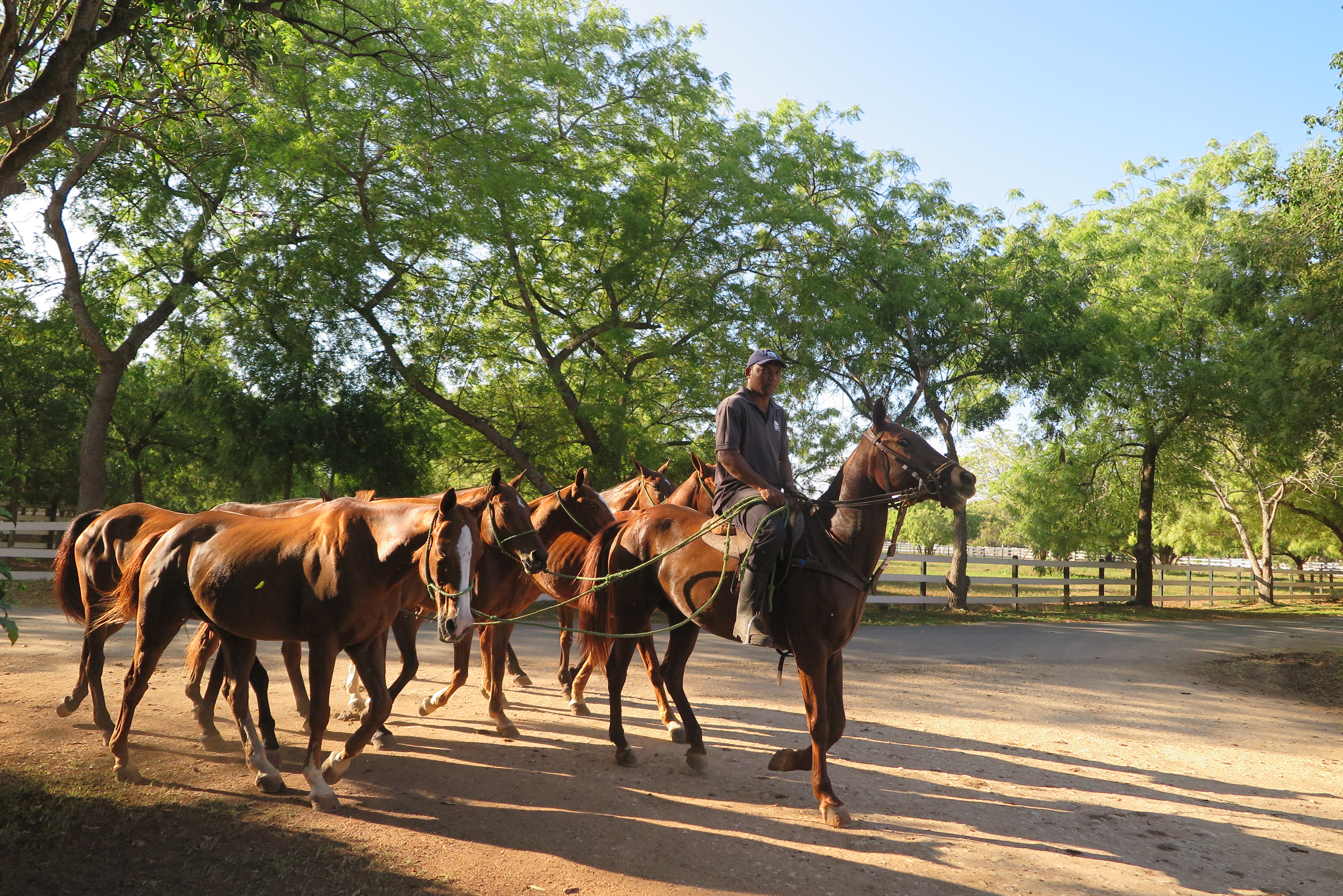 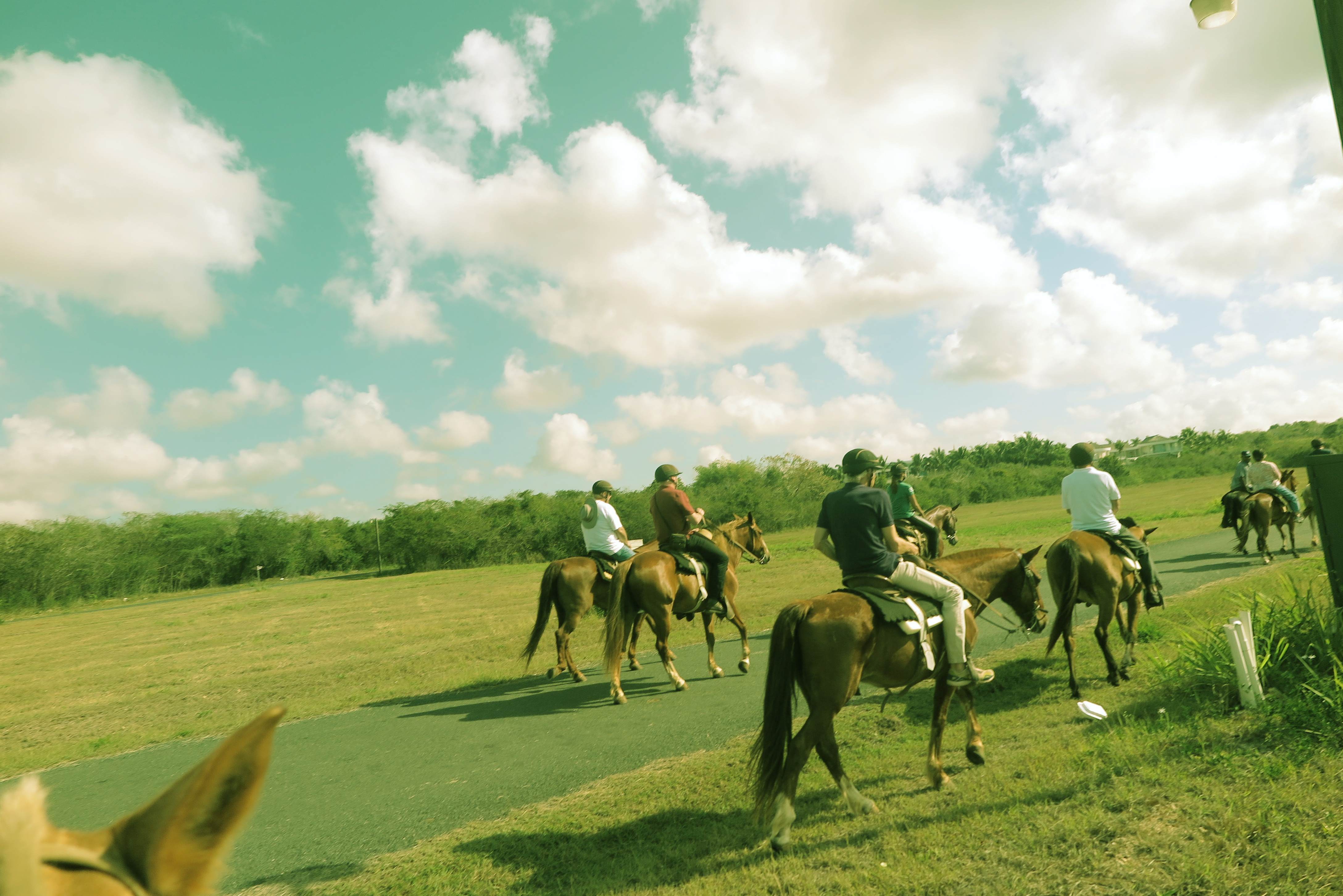 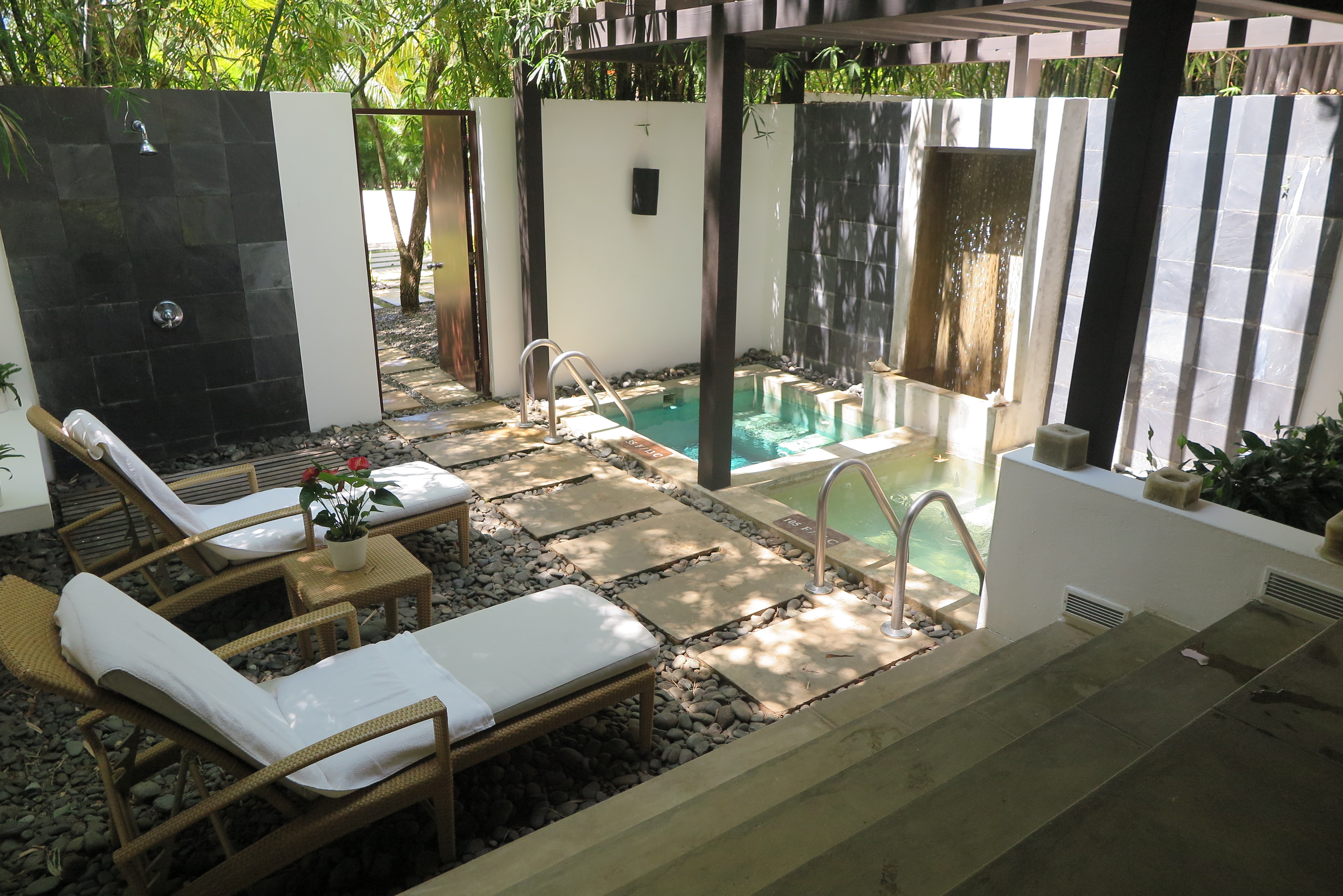 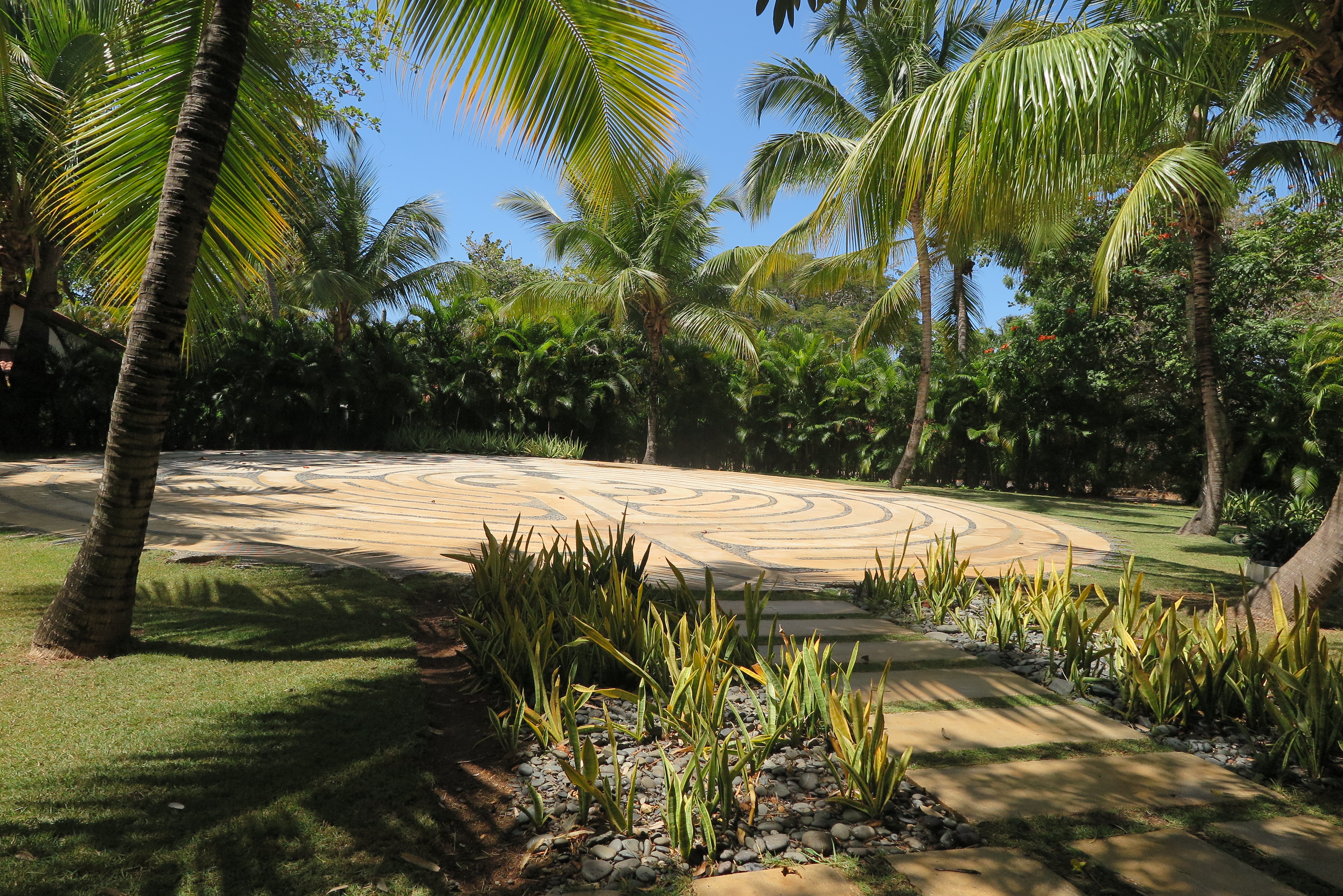 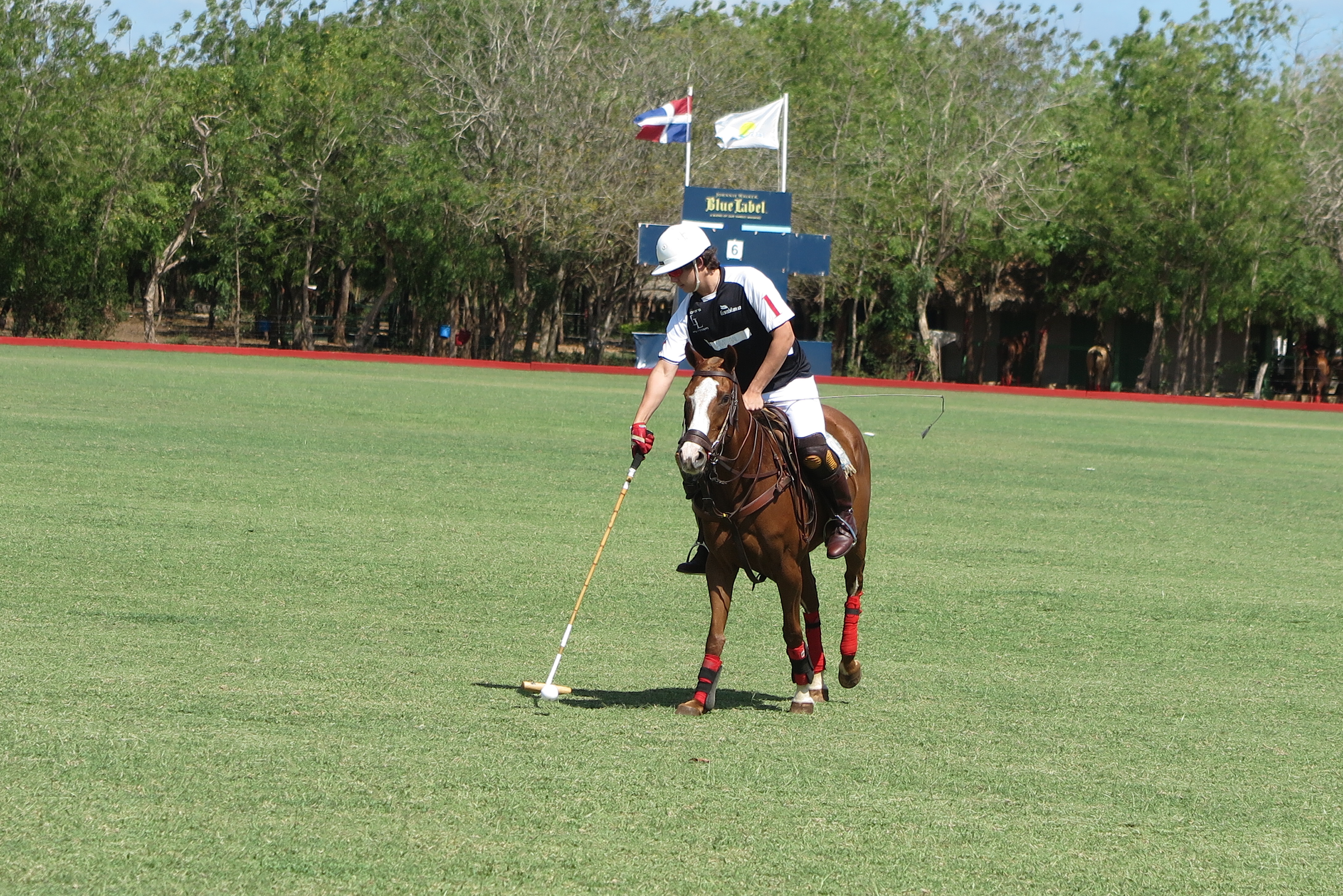 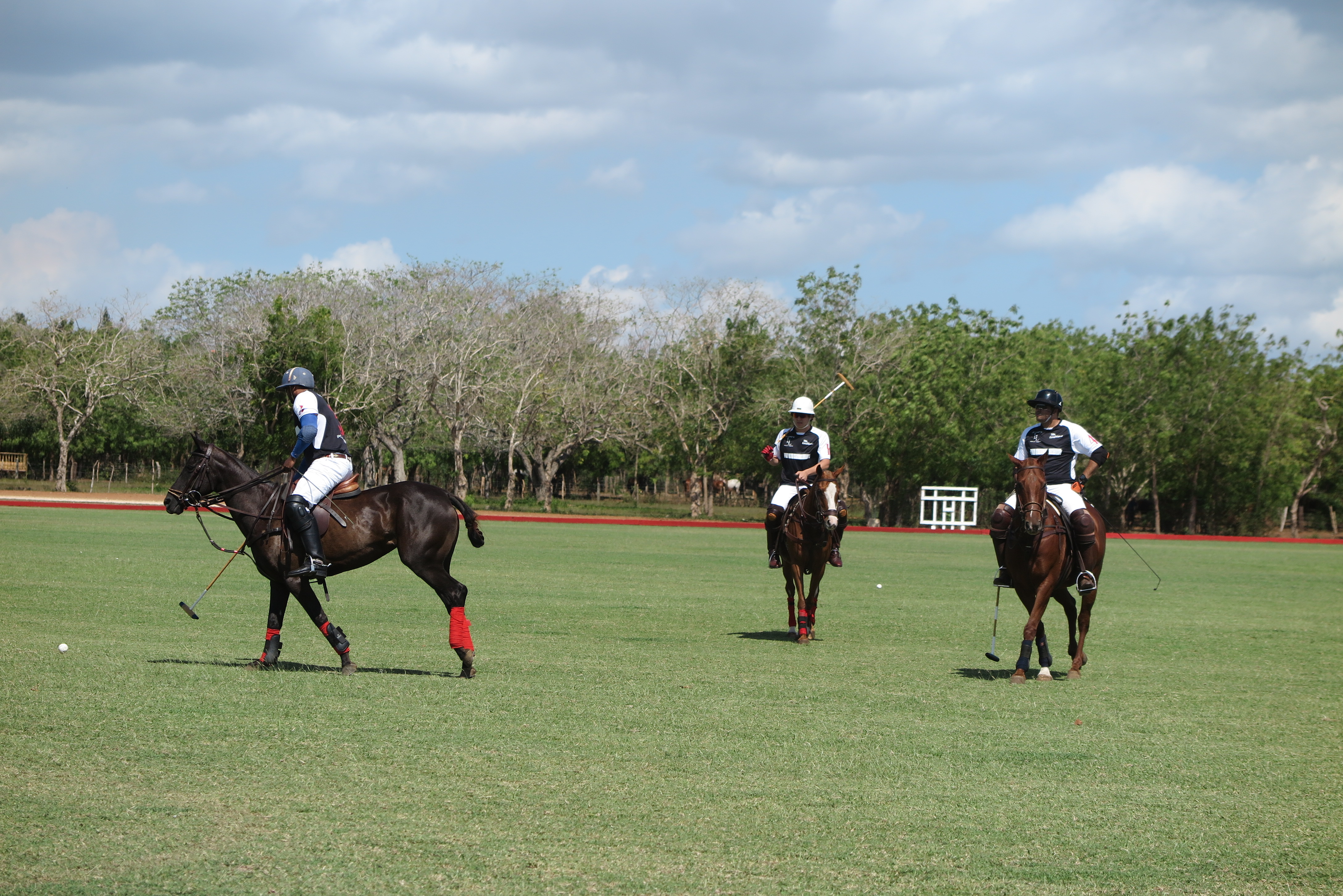 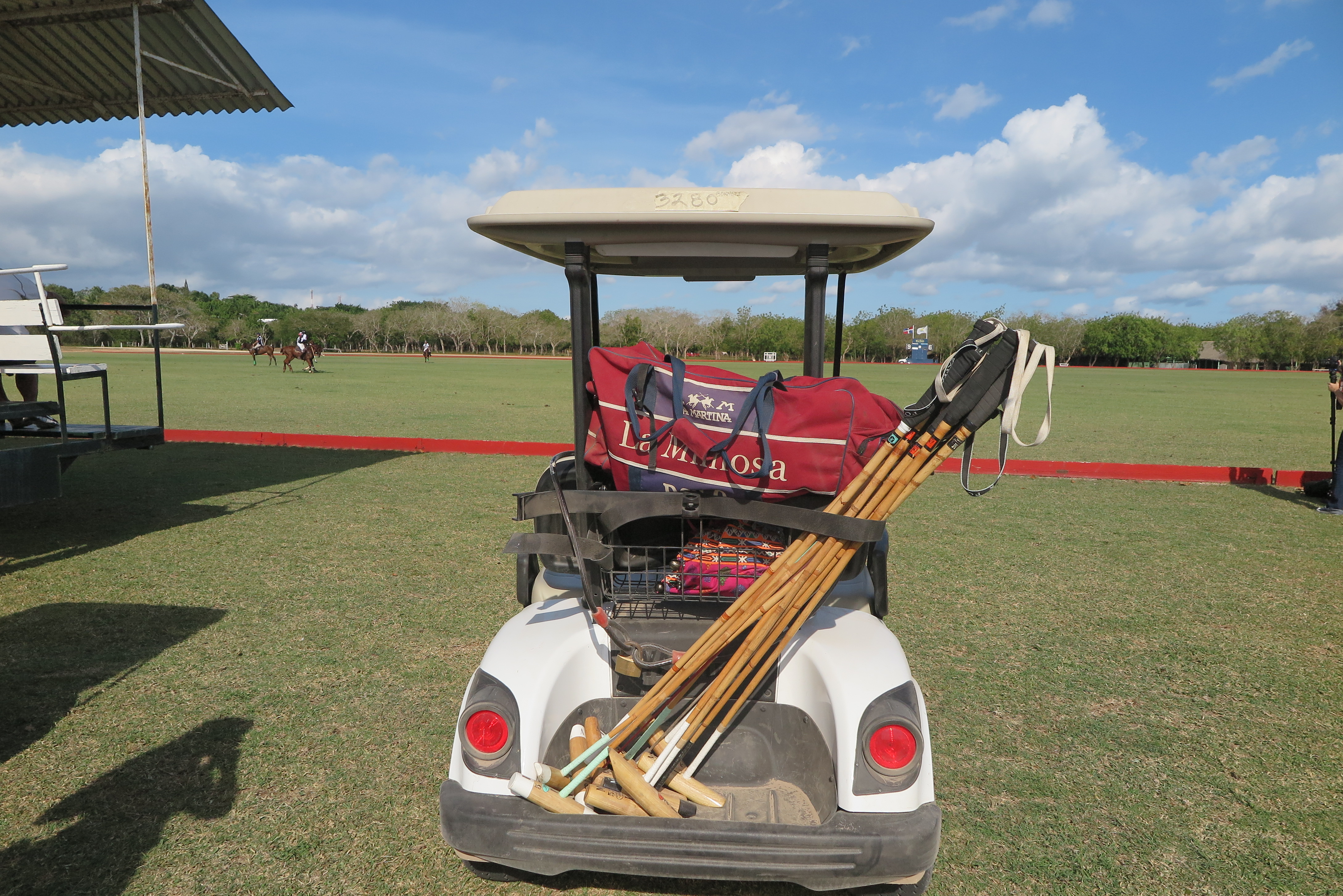 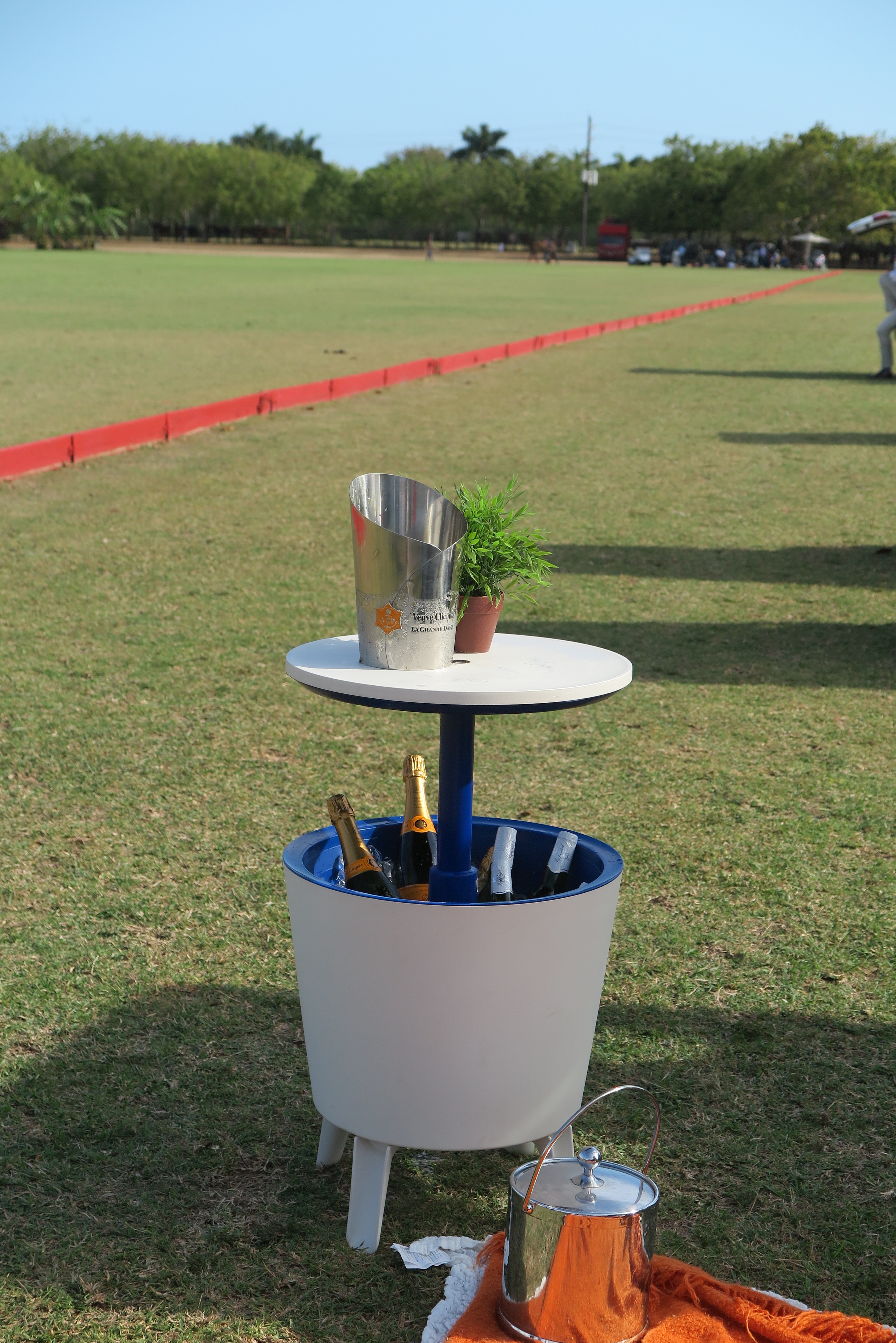 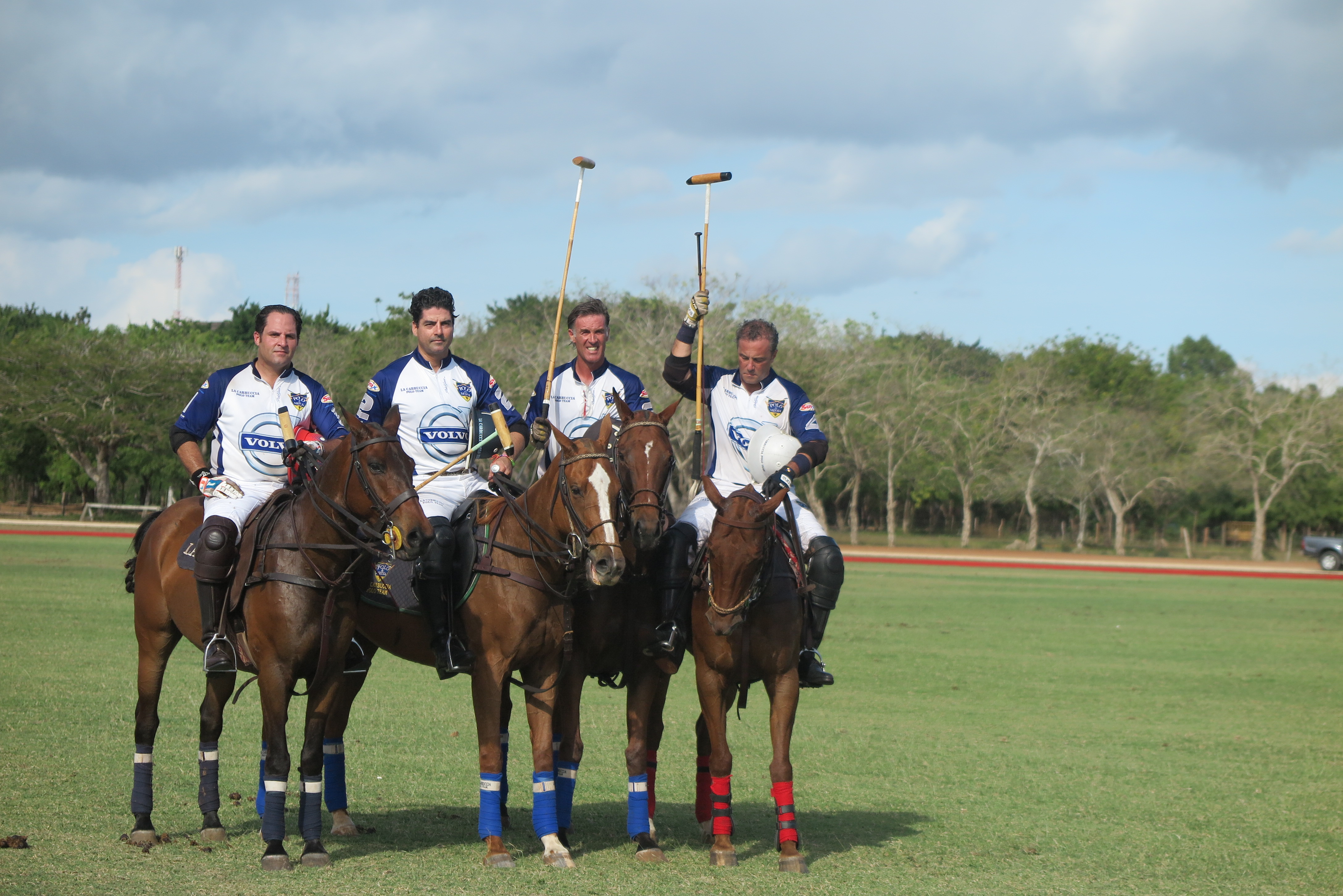 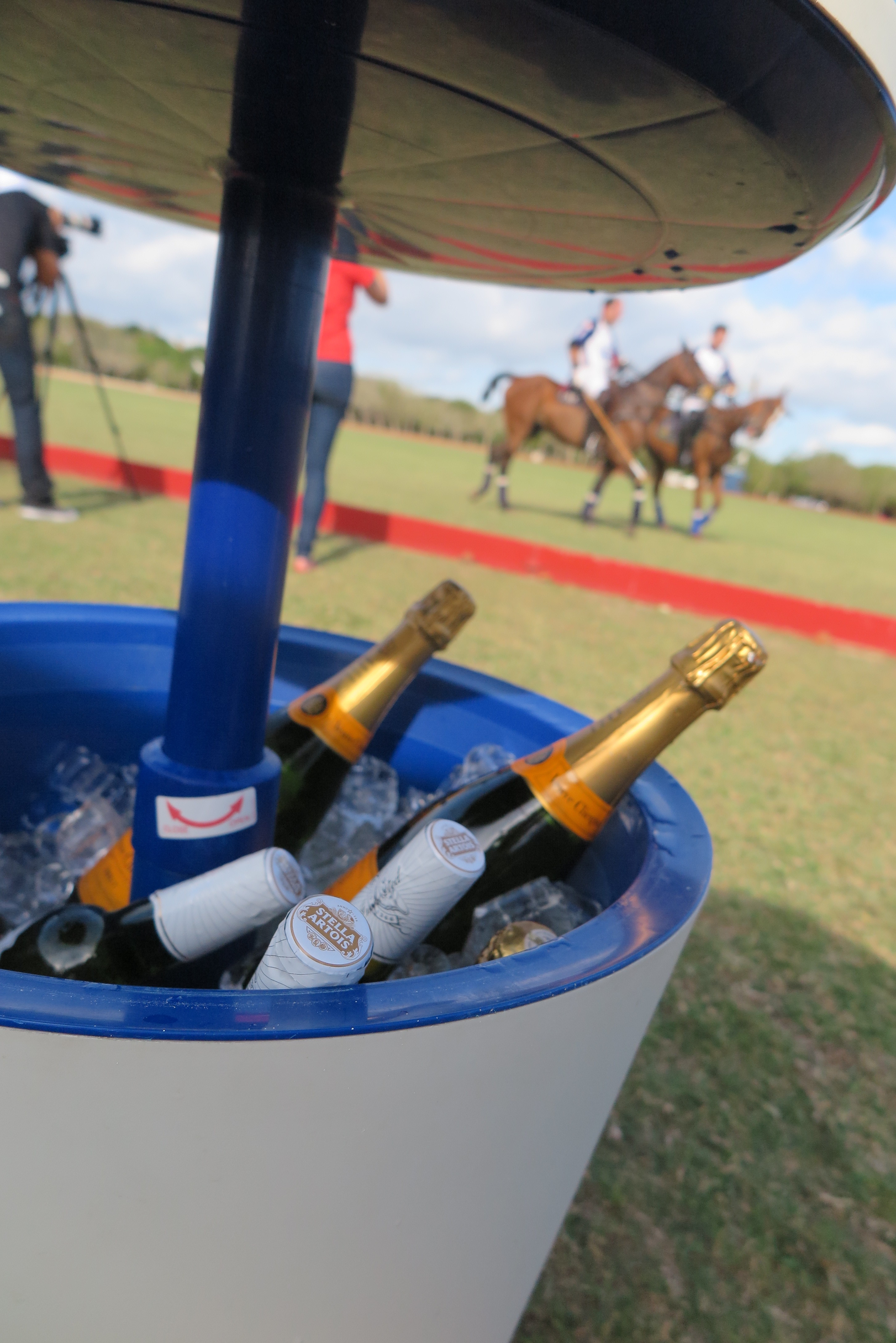 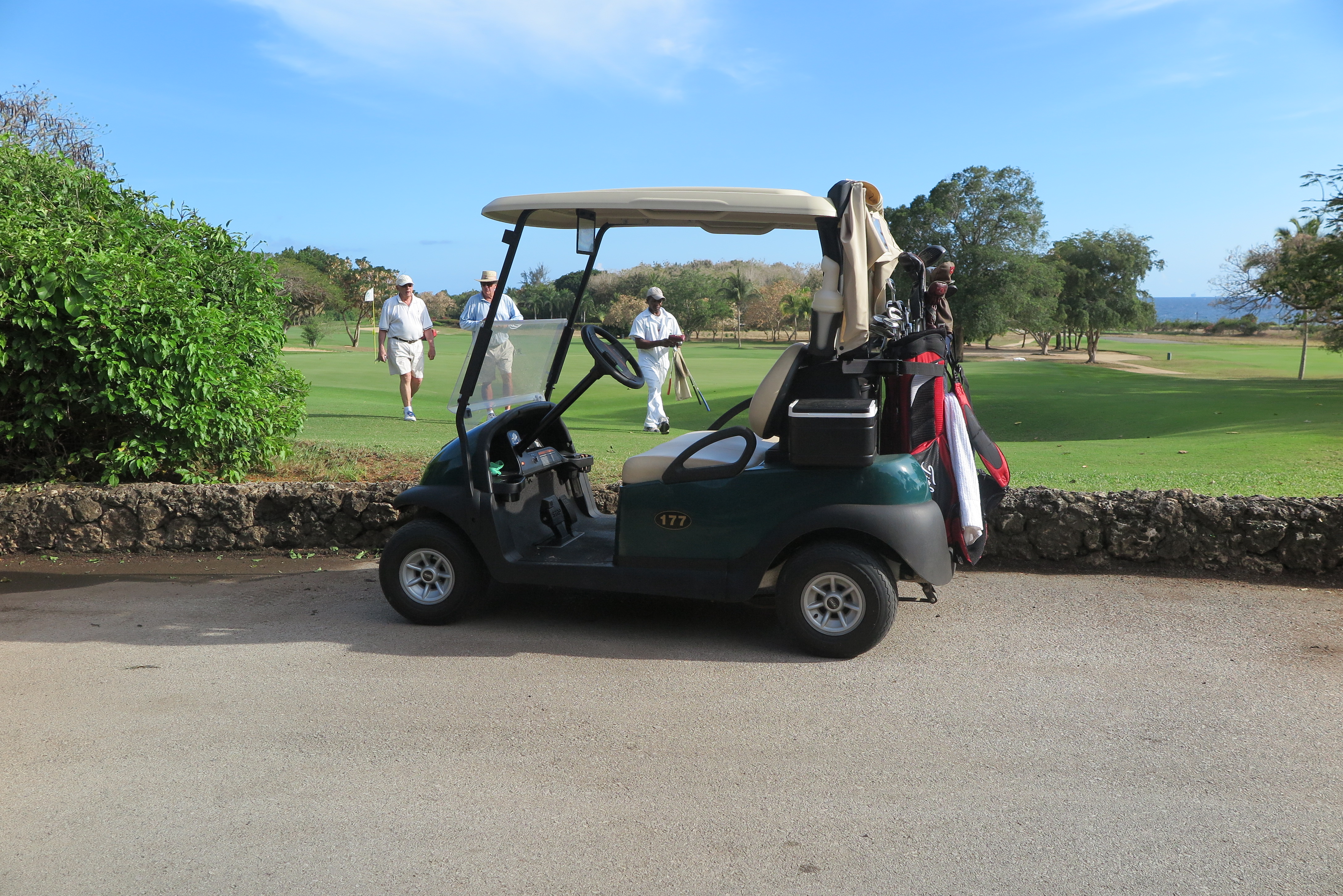 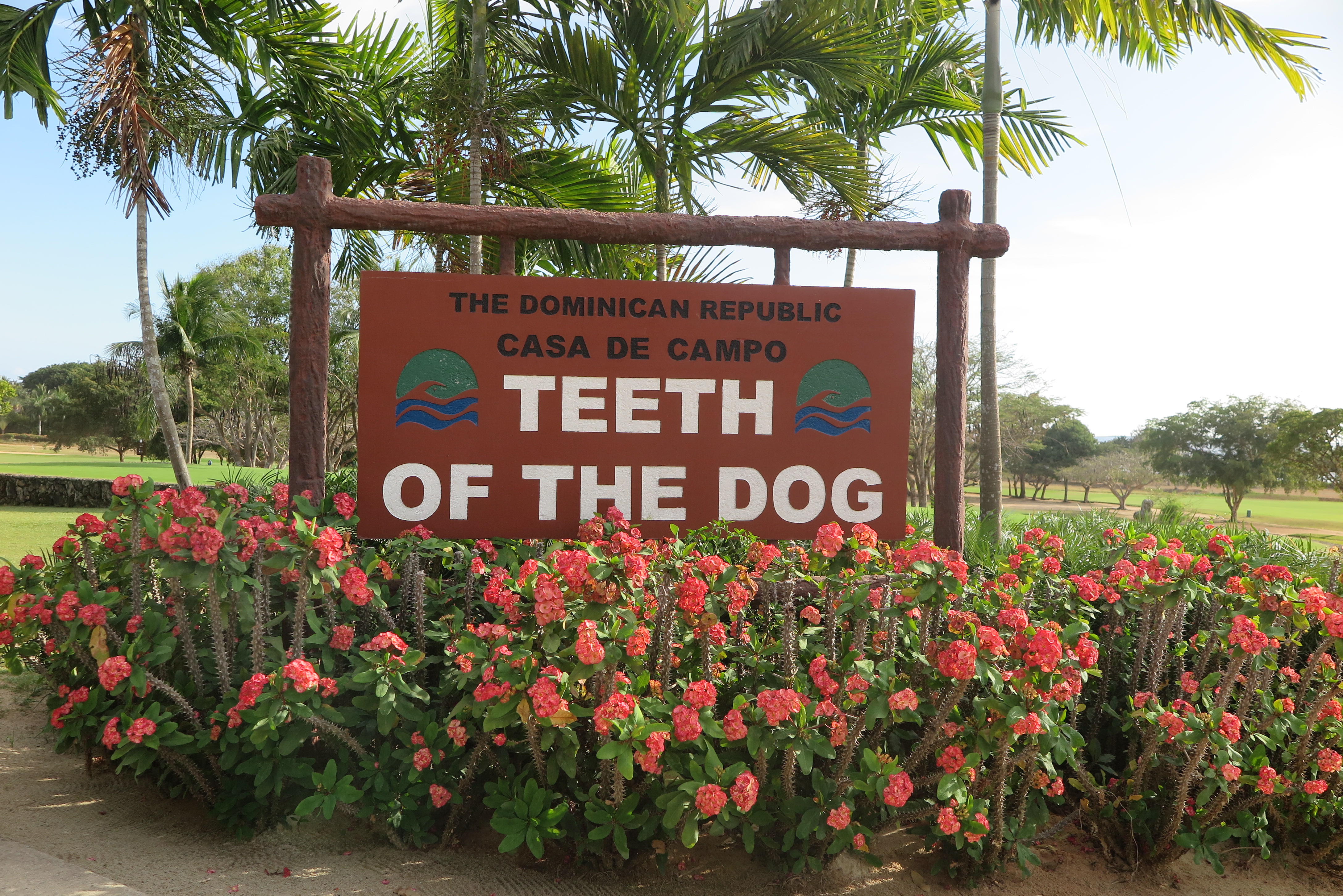 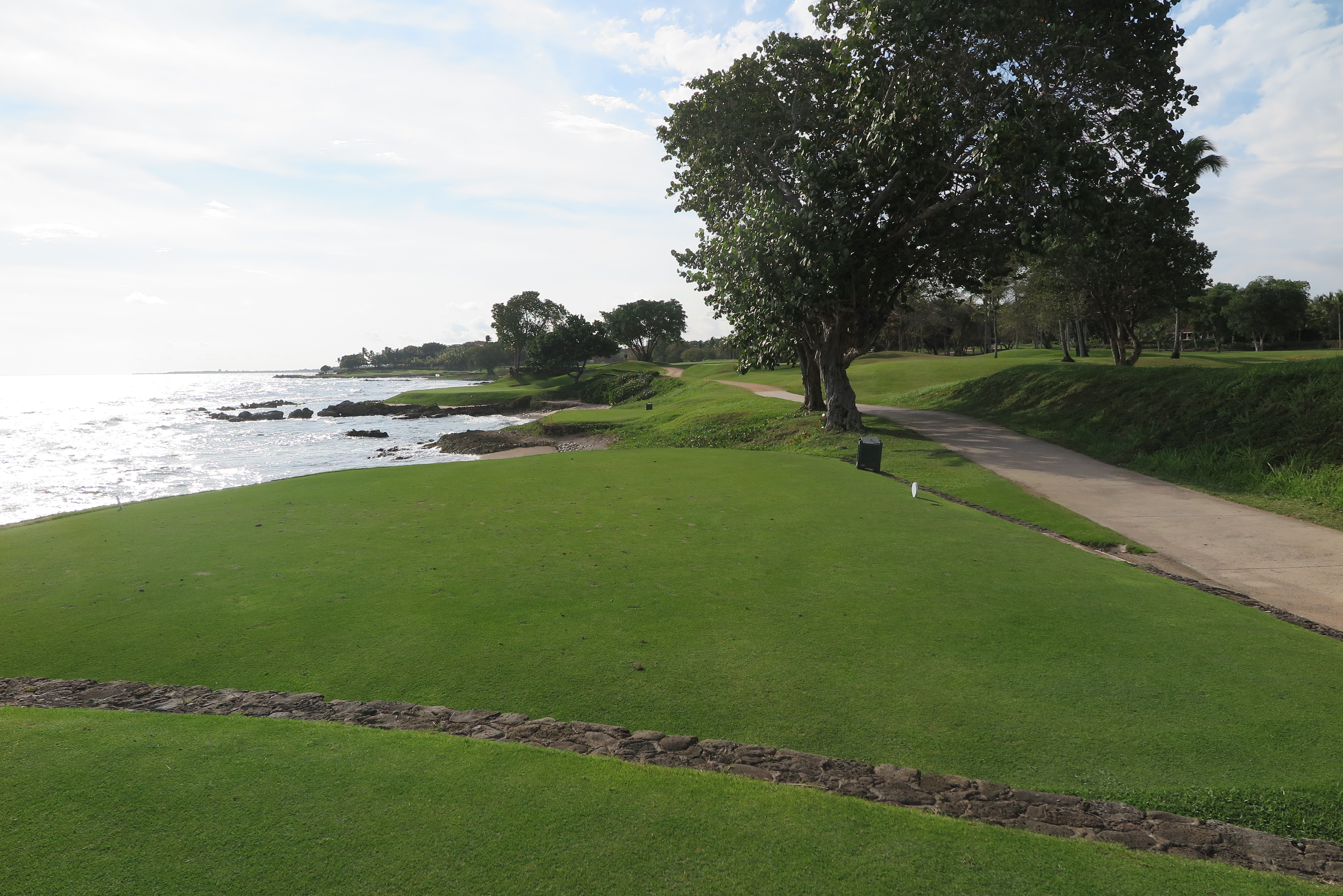 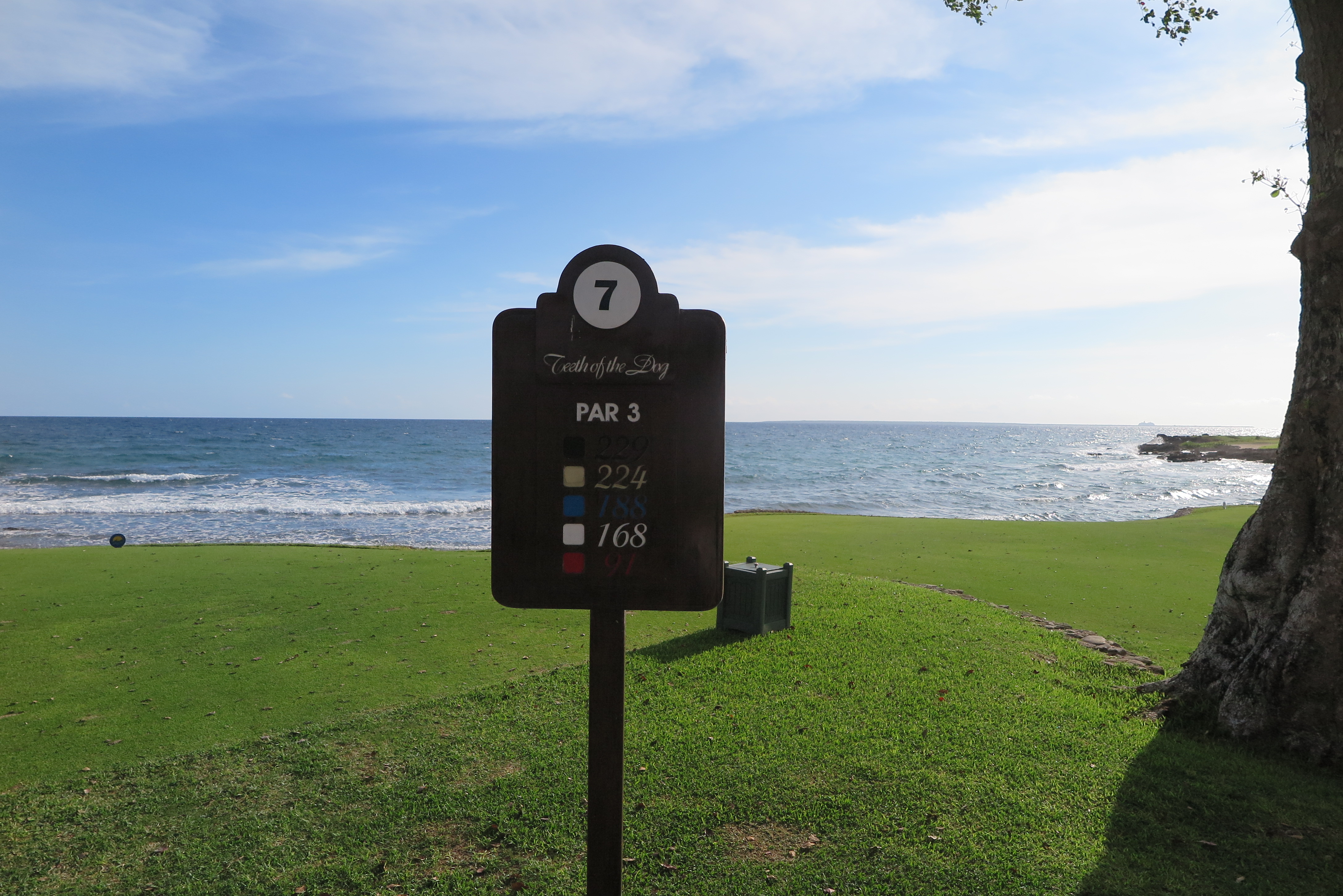 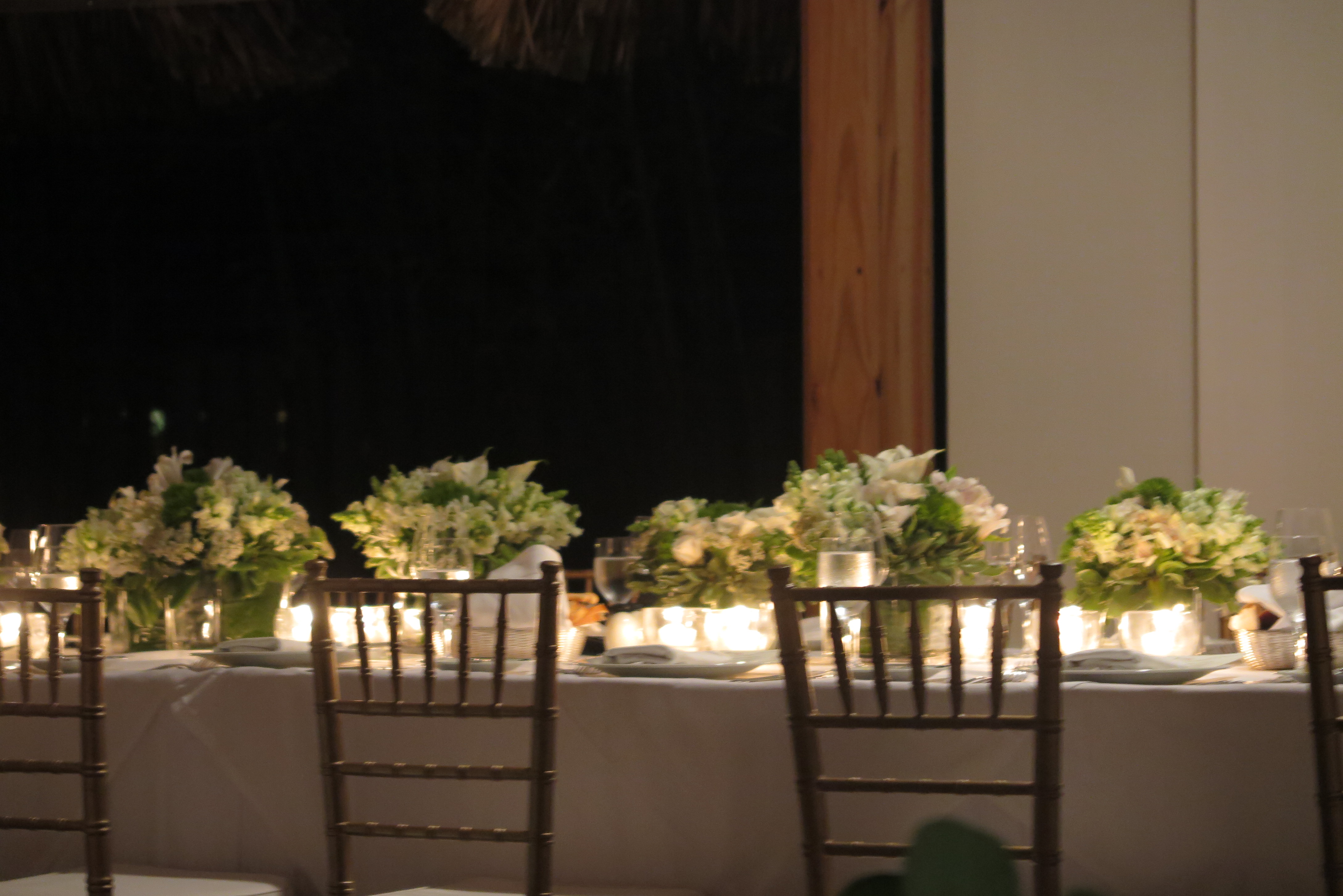 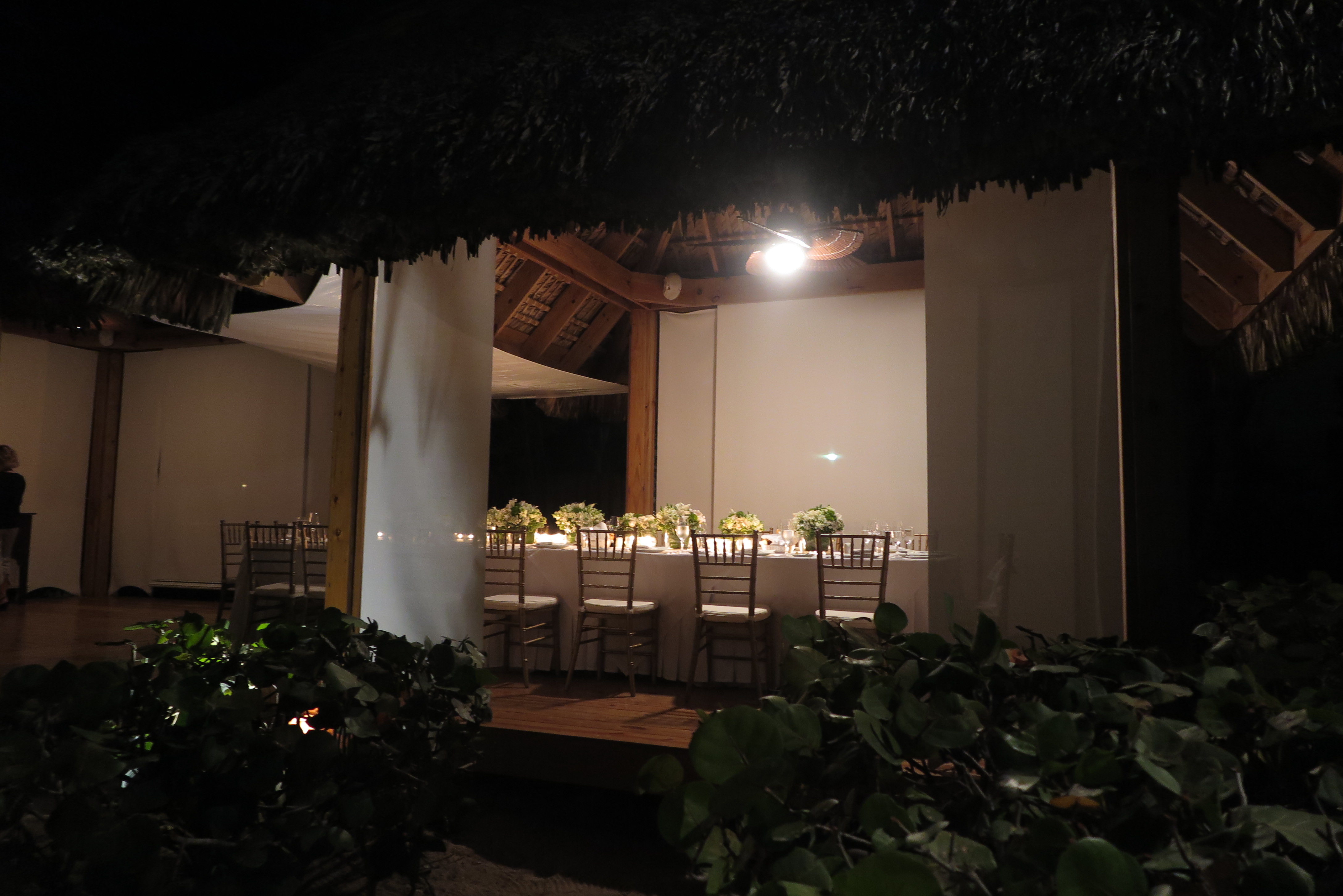 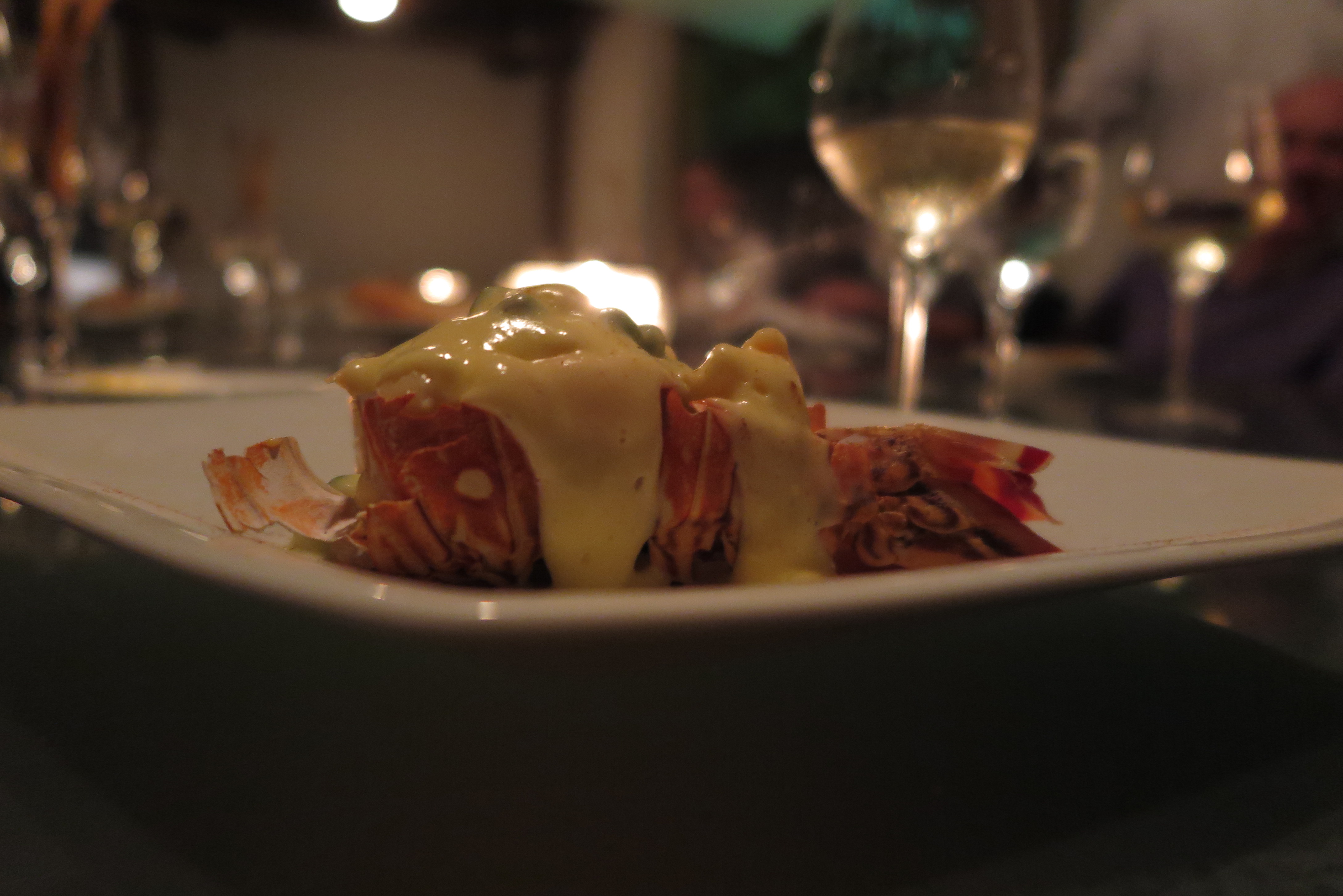 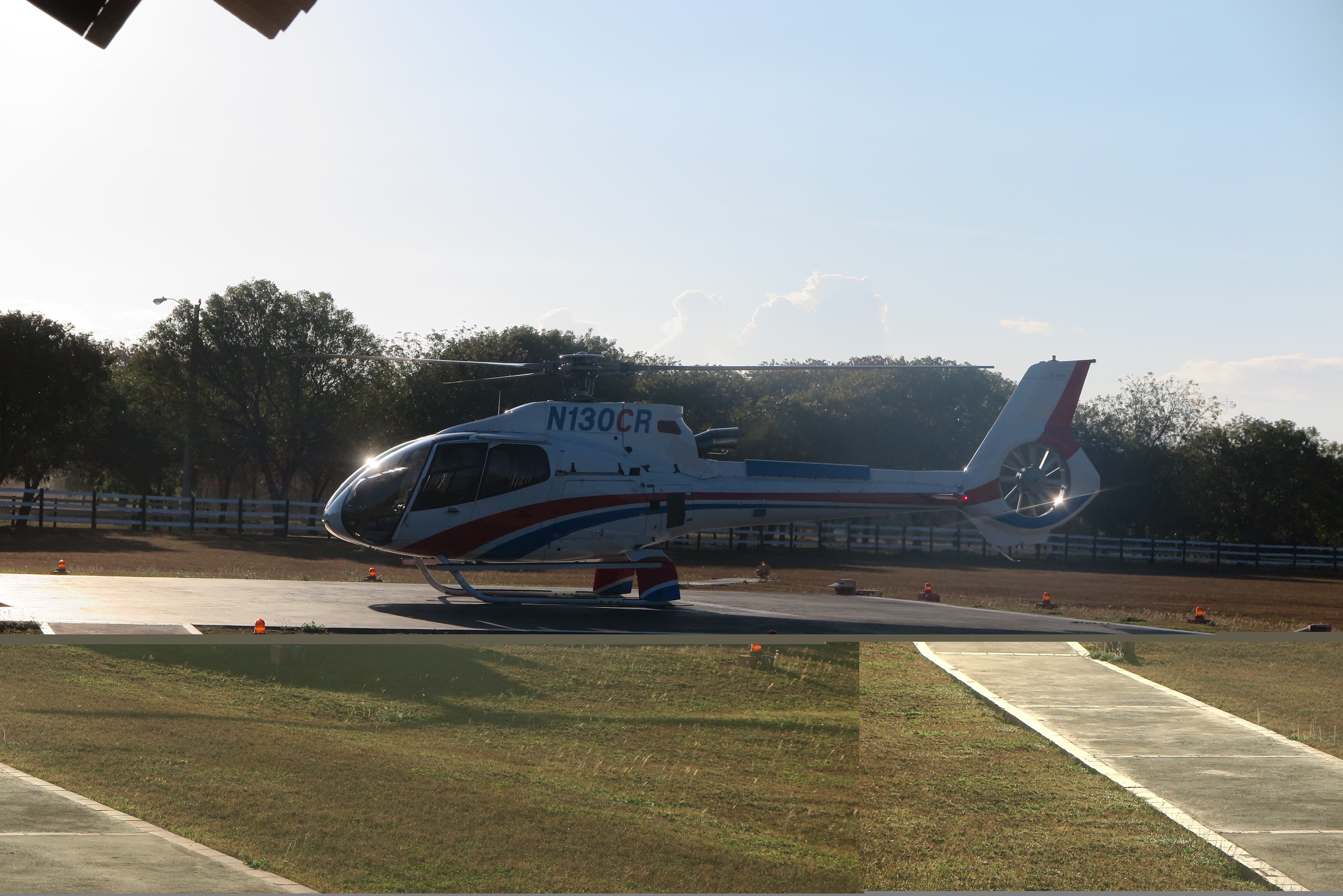 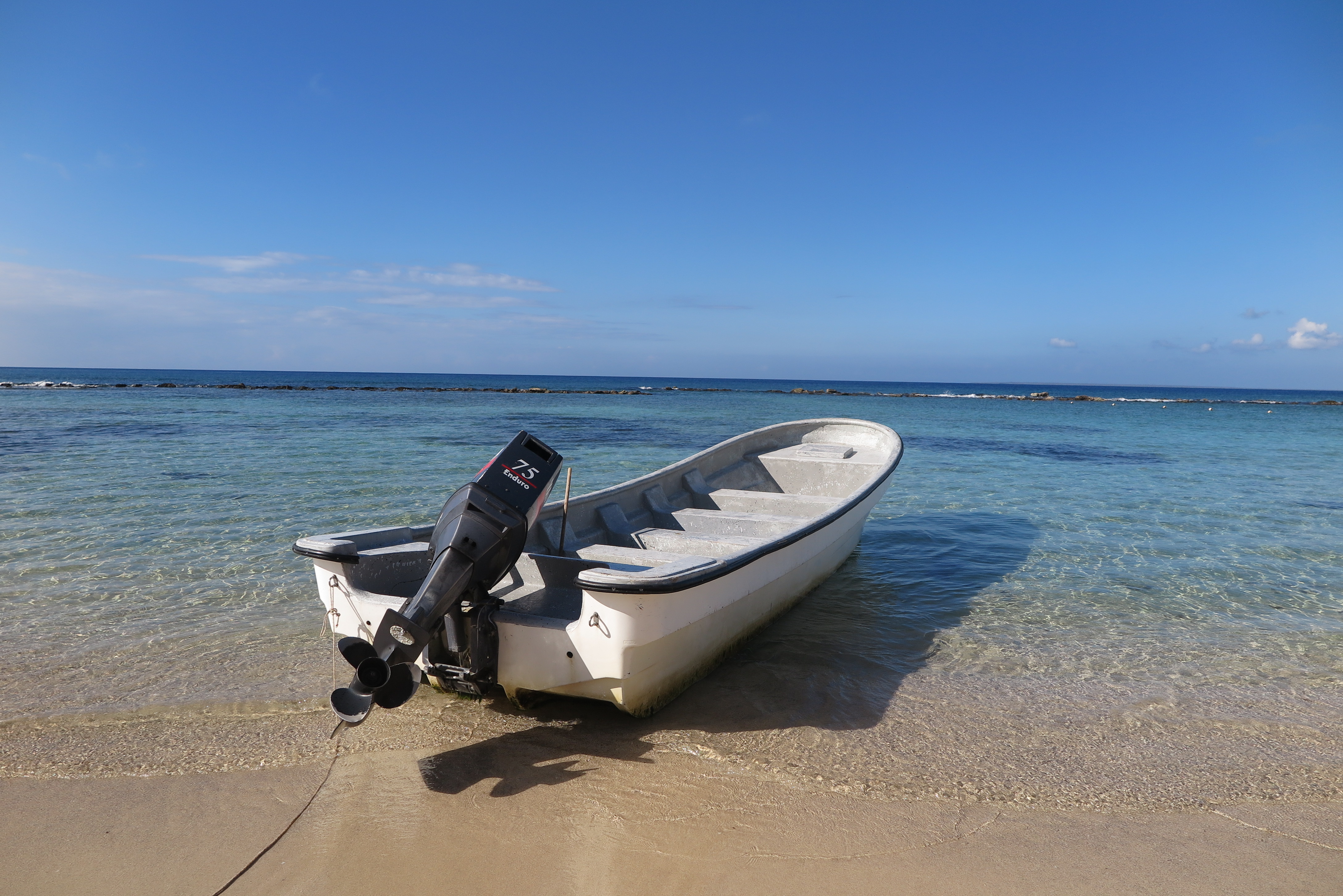 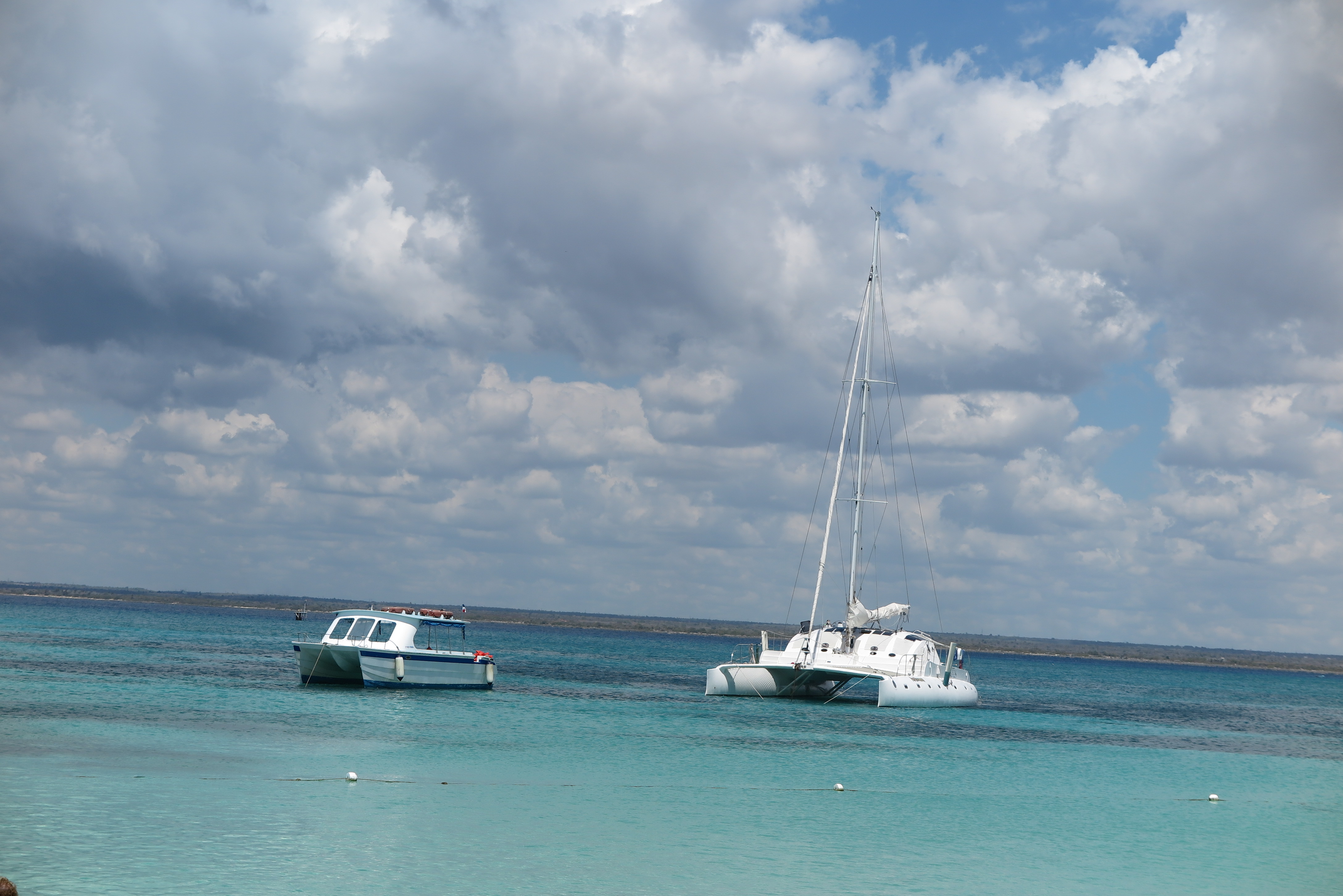 Casa de Campo is best known for its three Pete Dye-designed golf courses, namely The Links, The Dye Fore and considered by many to be the top 18-hole course in the Caribbean and one of the top in the world, Teeth of the Dog. This course has seven holes along the brilliantly colored Caribbean Sea. One of the golf pros told us “most of the world’s great oceanside courses play along high cliffs, the Teeth of the Dog is ocean level and you’ll feel the spray of the waves on a couple of holes”.

At Casa De Campo you have the very best of everything… fabulous accommodations, gourmet dining, world-class sporting adventures, pampering spa treatments and personalized guest services. You might even bump into an international celebrity or dine under the stars besides one of the world’s financial moguls or politicos.