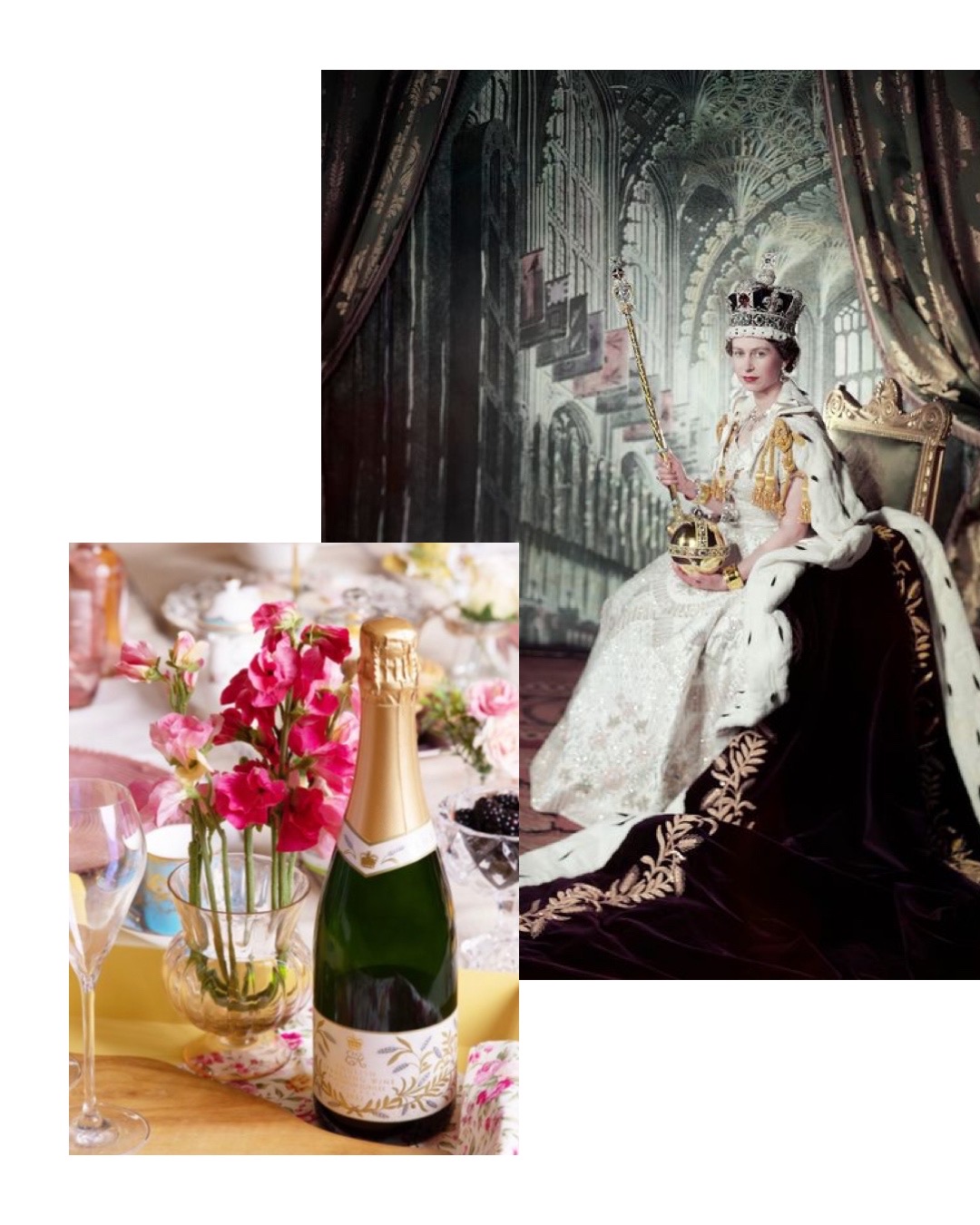 A few weeks ago, Queen Elizabeth II achieved a new milestone as Britain’s longest-reigning monarch, officially reaching the 70th anniversary of her ascension to the throne on February 6, 1952. The Queen’s Platinum Jubilee won’t officially be celebrated until June of this year, as the England plans a four-day fête to mark the occasion. Anyone one who wish to toast the Queen will have the chance to do so with Her Majesty’s very own sparkling wine.

Available now, Buckingham Palace English Sparkling Wine comes from (and will benefit) the Royal Collection Trust, a charitable department of the Royal Household that is “responsible for the care of the Royal Collection and manages the public opening of the official residences of The Queen.” According to the RCT, the label features a design based on the embroidery of Queen Elizabeth’s Robe of Estate worn during her coronation, and the “EIIR cypher is surrounded by golden olive leaves and ears of wheat to symbolize peace and plenty.”

The tipple is a blend of 50% Chardonnay, 40% Pinot Noir and 10% Pinot Meunier and is priced at £39. The grapes come from vineyards in Kent and West Sussex and is produced using the traditional method to create a golden sparkling wine with rich, honeyed aromas.

It can be purchased online from the Royal Collection Shop, though the website notes that it can only be shipped within the United Kingdom.