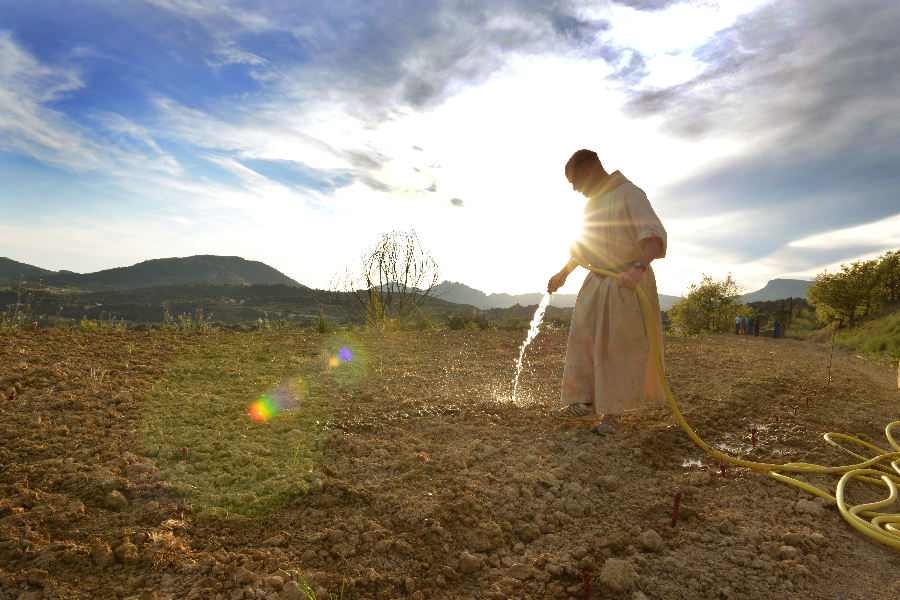 The Benedictine monks and nuns who tend to the first papal vineyard in France have launched an appeal to sell their wine to help the families of local wine growers.

Located on a hill in the Rhône Valley, the Abbeys of Le Barroux work together with the local wine-marking community to cultivate the land first established as a vineyard by Pope Clement V in 1309.

The monks are hoping to sell 15,000 bottles of their Via Caritatis wine during the month of June to help support the community after it was hit hard by a loss of sales due to the COVID-19 pandemic.

Fr. Michael, an American who has been a part of the French monastery for more than 30 years, told CNA that around 80 families directly depend on the winery for their livelihood.

“They work hard. They are in difficult conditions. Their wine in the past wasn’t recognized for what it was, which was a pretty high-quality wine, so they were just not making enough money to get by,” the Benedictine states.

“These families around us were making good wines, especially because we have the soil that is capable of producing … great wine, if it was cared for properly … The monastery was able to invest and to help these wine-making families get out of a situation which, all alone, I don’t think that they would have ever been able to get out of,” he explained.

With the help of Philippe Cambie, who has been recognized as one of the world’s top oenologists, or experts in the study of wine and winemaking, the monks have been able to create blends that produce award-winning wines from the combination of small plots of land owned by local growers with the abbey vineyard. Cambie has contributed to the wine production in its last stages at both former papal vineyards, which grow the same grape varieties.

The monks’ wine is less expensive than the nearby Châteauneuf-du-Pape vineyards, which, Fr. Michael points out, was founded later by Pope John XXII.

“You can buy wine for a cheaper price, and yet it can be almost the equivalent of Châteauneuf-du-Pape. And at the same time, by buying this wine you are helping winemakers who are in need of money at this time, and COVID-19 has not helped their situation,” the priest said.

The Benedictines’ Via Caritatis winery is selling red, white, and rosé wines which ship to the United States and elsewhere in Europe – website – http://www.via-caritatis.com/

Fr. Michael said that they chose the name Via Caritatis for their winery because “wine is a symbol of charity, and also the charity of Christ who gave himself.”

The monks support themselves through manual labor, according to the rule of Saint Benedict.

“The monks try and strive to produce something capable of making them not dependent on others, and not only that, but to produce enough to be able to give charity to the poor, to give a part of the income to their poor,” he said. “We give part of our income here, every year, we give it to charitable organizations.”