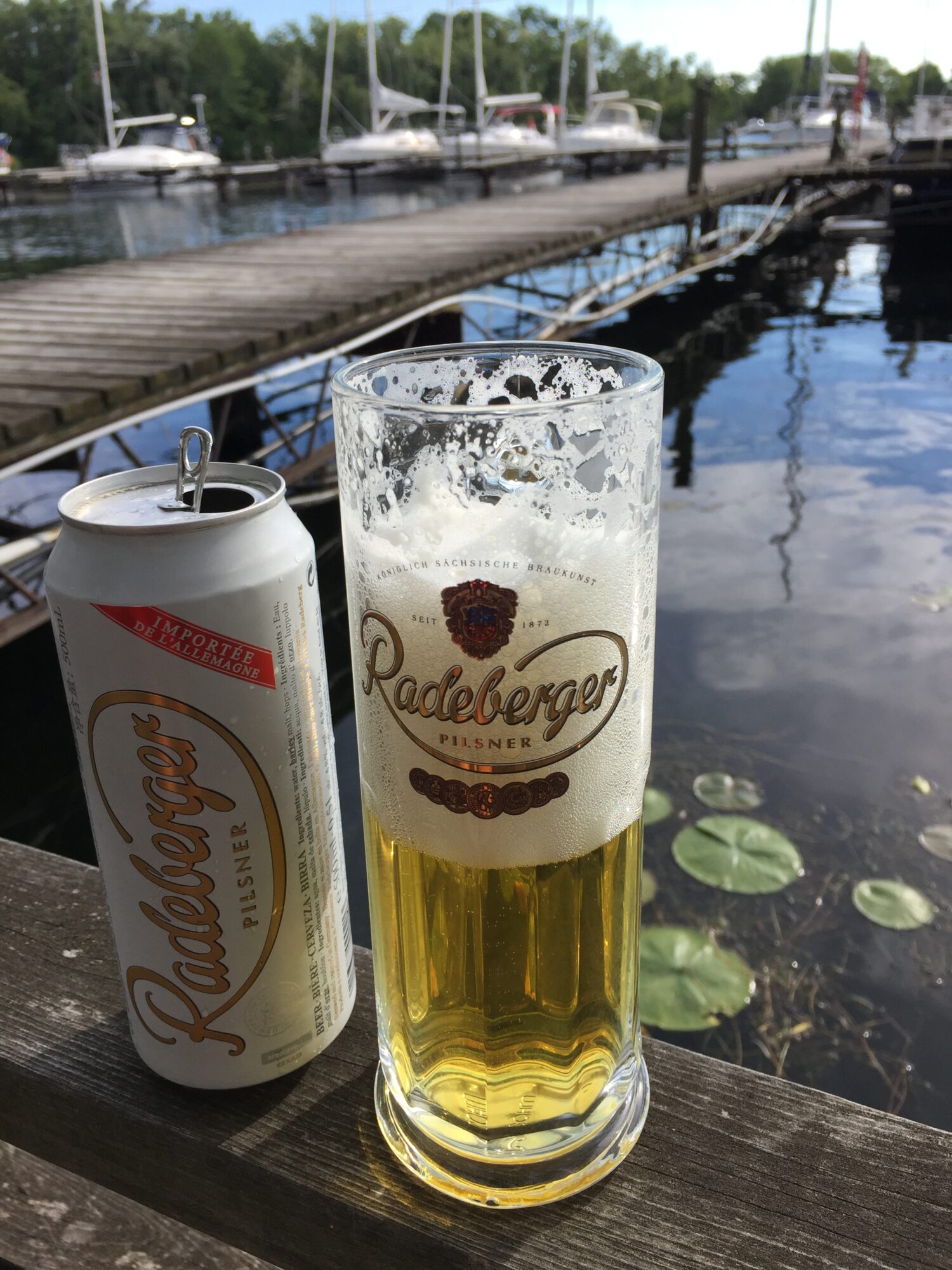 An excerpt from an article History of German Brewing by Karl J. Eden, published in Zymurgy Magazine 1993, states among other things:

“Furthermore, we wish to emphasize that in future in all cities, markets and in the country, the only ingredients used for the brewing of beer must be Barley, Hops and Water. Whosoever knowingly disregards or transgresses upon this ordinance, shall be punished by the Court authorities’ confiscating such barrels of beer, without fail.” (translated to English)

And why was the Reinheitsgebot was enacted in 1516?  To prevent price competition with bakers for wheat and rye, and to set price of beer at 1-2 Pfenning per MaS (1 litre).

A version of this law is still in effect to this day in Germany, and is considered a cornerstone of its beer culture.

Radeberger was the official drink by King Friedrich August III of Saxony, and has long been enjoyed by German nobility.

Typical German Classic Pilsner; Brewed according to Reinheitsgebot Purity Laws; 3-finger white head – which is foamy; pale golden hue; carbonation is consistent; the aroma consists of soft malt, with hints of biscuit and honey; flavours include some zesty hop astringency, grass, hints of citrus, and some green apple; medium finish is dry and biscuit – easy drinking, clean and refreshing.