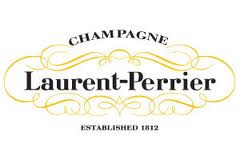 Laurent-Perrier has continued on an upward curve during the first six months of its new fiscal year, driven by strong demand for its namesake Champagne in the US and Japan.

Laurent-Perrier net sales rose by 13.3% for the six months to the end of September, to EUR92m (US$123.7m), outperforming France’s Champagne sector over the same period, it said yesterday (30 November). By comparison, the group’s volume sales rose by 5.8% over the half-year, which will provide some relief to industry concerns that pricing has struggled to recover from the global economic crash in 2008.

The strong sales carried through Laurent-Perrier accounts. Operating profits doubled on the same period of last year, to EUR19.89m, with net profits tripling, up by 221% to EUR9.5m. The results confirmed good momentum at Laurent-Perrier, cycling a 75% jump in net profits and a 23% rise in sales in the first half of the group’s previous year.