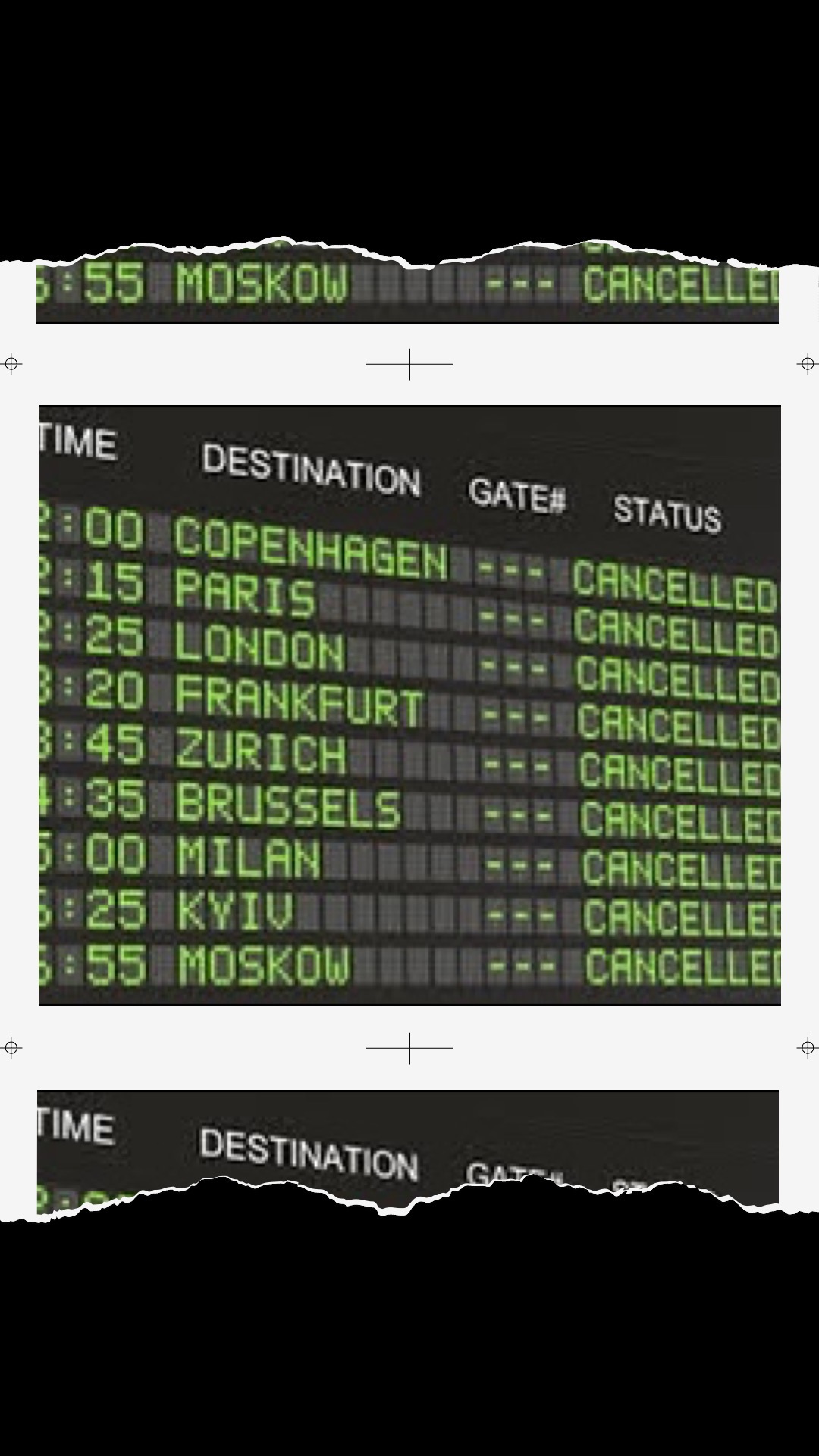 Wine Intelligence’s global expert network on the impact of Coronavirus: ‘Christmas trading’ in Italian supermarkets amid a gloomy outlook, calm in Brazil and South Africa, fewer Chinese tourists in Australia, silver linings in South Korea, growing concern in the UK and US

How are consumers behaving in your market?

AUSTRALIA: The most noticeable element is that we have seen declining cellar door sales as the normal influx of Chinese tourists during Spring Festival failed to appear. So far the on-premise sales in Australia seem to be holding up.

BRAZIL: Compared to Europe, Brazilians seem to be less scared. Carnival was 2 weeks ago and there hasn’t been much of an impact. Regular people don’t seem to be changing habits, apart from a few people wearing masks on the streets. Some companies are taking measures to isolate employees – McKinsey, for instance, have shut down their offices in São Paulo, because their neighboring office had one suspected case.

ITALY: The first and most striking event was the assault on supermarkets by people filling their trolleys with pasta, sauces, mineral water, and other goods for fear of being out of stock. The director of an important Italian wine & spirits group, who had recently spoken to the manager of a retail chain, confirmed to me how in recent weeks the points of sale of large retailers have made a turnover close to that of Christmas. For the tourism industry, the crisis period started two weeks ago, with an average of 80% of cancellations (especially of foreign tourists), which has led many hotels to close temporarily. More generally, the on-trade channel is now beginning to suffer, both due to the reduction of customers and as a result of government measures to discourage too close socialization opportunities (in quarantined areas the on-trade premises must close the shutters at 6 pm).

SOUTH AFRICA: Probably too early to tell, but so far it doesn’t seem as if there is a major change. I am hearing that wine tourism is suffering a bit, which will obviously impact on cellar door wine sales. We are a bit behind the curve and possibly the fact that it’s summer has also helped.

SOUTH KOREA: We know the damage to consumer confidence is big. But it is not easy to say how much right now. People are avoiding seeing each other face to face, so socializing is not really happening. Similarly, face to face business meetings are not happening – salespeople are not so welcome at their clients’ bars, restaurants or shops. There are not many people on the streets – not many cars either.

SPAIN: So far, everything seems the same. Masks were bought long ago but people haven´t gone in for the “toilet paper craze” as in other places.

USA: Restaurants and bars are already feeling the impact as people are going out less. On the whole, the on-premise will take a much bigger hit. People are already eating out and going out to bars less. On the other hand, I could see this helping online ordering services like Drizly and Minibar and in food, Grubhub and Delivery.com, as people stay in more and order in more. I saw a post on Facebook recently that someone had shared about Postmates advertising a “no-touch” service or something to that degree to further allay any concerns.

We’re yet to see event cancellations, but that could be just a matter of time. The big issue in a market like Las Vegas is that in addition to both domestic and international tourists, we rely heavily on delegates who attend the many large-scale conferences here – Linda Crisman, Regional Manager Western USA, Jackson Family Wines

UK: On the surface, it feels like there isn’t much dramatic change. London’s Tube is still packed at rush hour, and hardly anyone seems to be wearing masks. We’re hearing from on-premise that bookings are down on normal for the time of year, and events businesses are getting particularly nervous as clients are deferring decisions until the last minute. The news seems to move so fast; it feels a lot easier to defer rather than decide.

What are your predictions for the wine category for the remainder of 2020?

AUSTRALIA: The effects will last long after the virus has peaked – consumers will be spending more cautiously both domestically and in key export markets. The tourism business is still dealing with the after-effects of the fires, so it will be a while before we see a return to normal. From the export point of view we are hoping that some of the excess supply in China will be sold through towards the Mid-Autumn Festival period. Vintage forecasts from ABARES (national commodity forecaster) is predicting a below-average vintage size which will help offset the fall in demand.

ITALY: It will be the most difficult period since the methanol scandal in 1985. Our inbound tourism industry has done so well in the past few years that it has reversed the long term trend of consumption decline in the domestic market – we will have to wait a while for international tourist numbers to recover. I am sure that once the emergency is resolved, perhaps with the summer season, the domestic Italian consumer will resume their love story with the aperitifs and the various socialization occasions. Until then, I foresee some difficulties for wine businesses, especially small ones, which have focused on an important part of their sales on the cellar door and have grown reliant on international tourists.

SPAIN: We´ve still to see the worst effects but the summer will approach fast and here it will help reduce conditions that favor contagion. The big question will be whether the tourists show up in their normal numbers.

SOUTH AFRICA: I think the major global grocery retail businesses will be extremely cautious in their ordering pattern against the current scenario. In the local market, we may see some sales lost from people not attending large gatherings/restaurants etc as much, and we expect the conference industry to take a hit. Wine tourism will take a while to recover because leisure trips to South Africa are often planned a long way in advance, and we may not see the full extent of the effect for a year or more.

SOUTH KOREA: Companies in the sector are planning on 20-30% declines in their sales vs their original plan for the year. People are not going to the shops – they prefer on-line shopping. In Korea, we cannot sell wine online yet, but we understand that the government will allow online sales of wine temporarily, maybe as soon as April – it will only be click-and-collect, not full delivery, at least not yet. But it is a good start. I expect that, sooner or later, maybe within the next couple of years, the online wine market will be opened up.

UK: So far the government is resisting imposing restrictions on the public, but this will change soon. We understand the medical experts are expecting the peak of infections in the UK in about 6-8 weeks’ time, at which point restrictions may start to be lifted. Supermarkets will do just fine, but it’s the on-premise, hotels and events companies which will have a hole in their revenues – somewhere around 15% of their annual sales – which won’t be made up in this calendar year.

We haven’t seen anything change yet from a retail sales perspective as yet, but we have already seen a drop off in Travel Retail (ferries, airports). Supply has been rather lumpy as shipping lines have had to adapt their schedules to China and Singapore port closures. Looking ahead I’d say that the [UK] On Trade is in for a tough time, clearly festival volumes are up in the air and in retail, I’d expect local small stores to do well – Simon Lawson, General Manager, Casella Family Brands (Europe) Ltd, UK.

USA: The big unanswered question for Americans is how bit the outbreak will get. We are losing faith in the government response – it seems very slow and complacent, and who knows how many confirmed cases we will have when the virus testing gets to a sensible number [estimated at <3,000 tests completed as of 9 March]. When events like Indian Wells [major tennis tournament in California] are canceled, it feels like we are just seeing the tip of the iceberg.