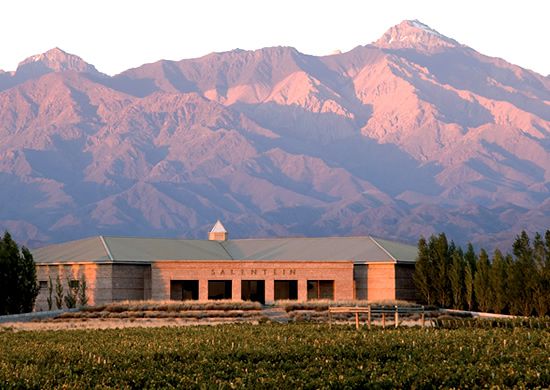 San Pablo, a sub-region of Mendoza, Argentina has been awarded Geographic Indication status after a four-year campaign led by local producers. San Pablo is located in Uco Valley, and is the northernmost sub-region in Tunuyán, Uco Valley.

San Pablo is located on the alluvial fan of the Las Tunas River, on the right bank, where the soil has a high pebble content as well as other calcareous materials.

The GI spans the following areas:

South boundary: Villegas Creek up to its intersection with Cuevas Creek

The Salentein winery was the first winery to produce Estate Bottled wines from what today is the GI San Pablo and one of the first in the Uco Valley.

Salentin launched the campaign in collaboration with Bodegas Tapíz, and Familia Zuccardi wineries, together with the Facultad de Agronomía de la Universidad Nacional de Cuyo (Agronomy School of the National University of Cuyo) and the Instituto Nacional de Vitivinicultura (National Institute of Viticulture), in 2016.