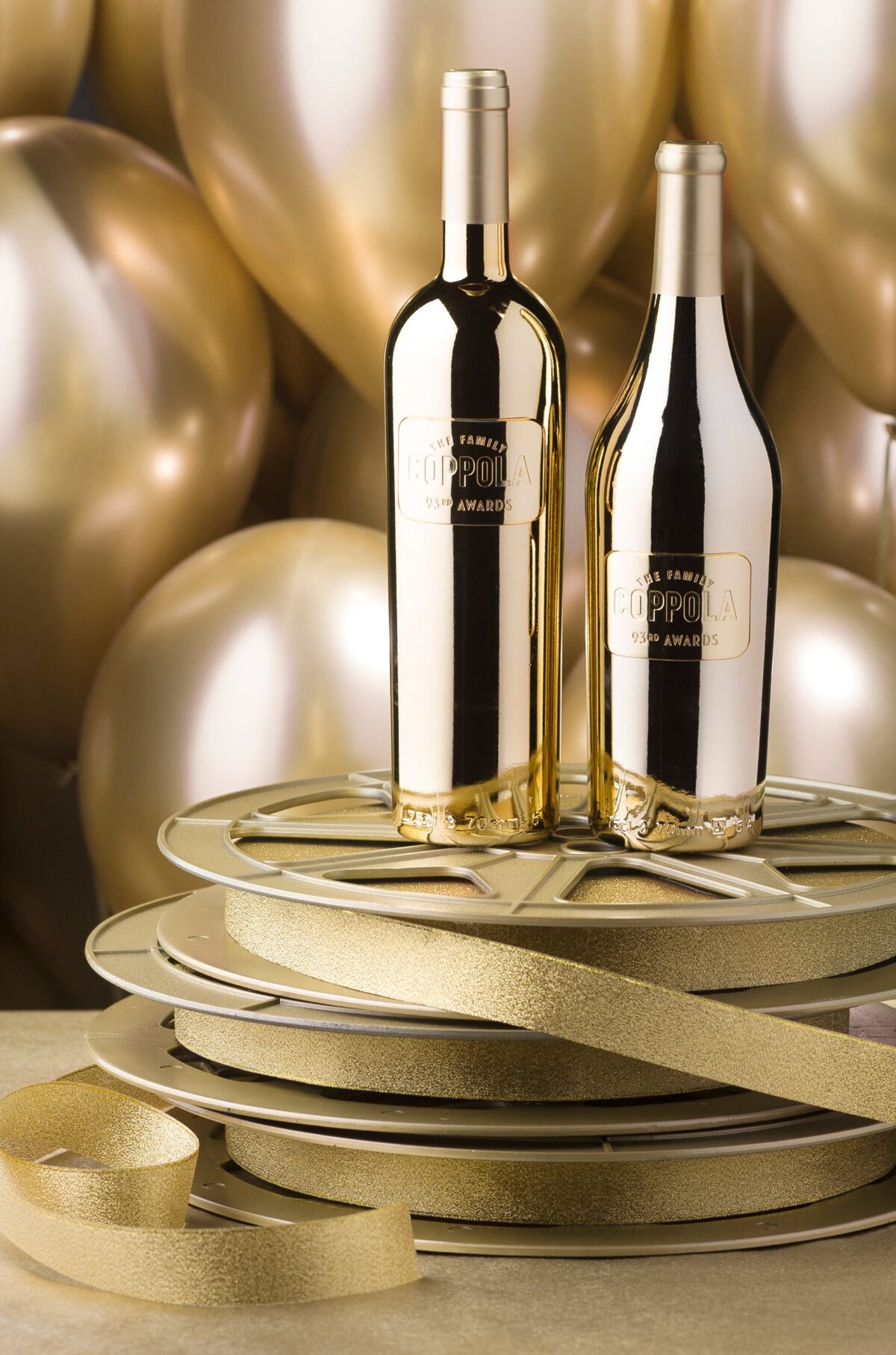 “The Family Coppola 93rd Awards’” limited-edition bottles themselves have been produced by Bottega Spa and feature a mirror gold colour exterior. Each bottle was crafted as a symbol honouring the significant talent, passion and hard work achieved throughout the entire film industry.

The Francis Ford Coppola Winery wines selected for the 93rd Awards are a Chardonnay and a Cabernet Sauvignon, both from 2019. They come from grapes grown in Sonoma County, in the first year since 2011 that California did not suffer from drought, giving the wine a pleasing complexity, thanks to the high quality of grapes from that year.

The Chardonnay is balanced and bold, with notes of stone fruit and white peach. The Alexander Valley Cabernet Sauvignon is earthy and spicy with good acidity. Both develop an alcohol content of 14.5% vol.

The exclusive golden bottles have been produced by the Bottega S.p.A. winery in Bibano di Godega (TV), which for years has been developing an exclusive metallization process, thanks to the mirrored gold colour becomes “glass,”, a patent recently recognised also by the Court of Appeal of Venice.

The friendship with Francis Ford Coppola and Sandro Bottega was born together with Stefania Sandrelli, who says: “mutual esteem and trust is the common thread that has allowed us to come together for a little big common toast” and in the same way Sandro Bottega tells of the uniqueness of Francis Ford Coppola “in every thought there is Italy, our culture (including food and wine): Francis sometimes drinks wine cut with water, a real spritz, like our grandparents; he is a man of great culture who spends a lot of time on history books to imagine the future’.”