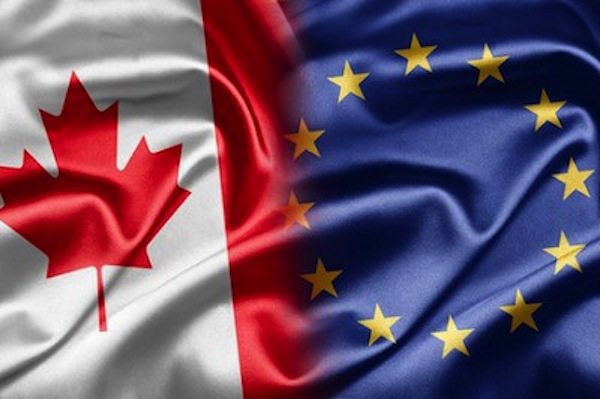 New statistics released last month by Canada’s national statistics agency confirm that wine is increasingly gaining popularity. Canadian consumers’ attention seems to be drawn to foreign products. Statistics show that 70% of the total wine consumed in Canada between 2017 and 2018 was imported.

Canada is a market that the European Union cannot underestimate. While beer seems to retain its position as Canadians’ favorite alcoholic beverage (39, 68% of the value of total alcoholic beverages sales), Canada’s national statistics agency has data to confirm that wine is not far from gaining first place (32,43%). This is a tendency arisen within the last 10 years: wine sales in Canada have been consistently increasing year on year (averaging 4,2% a year; 4,6% compared with the previously investigated fiscal year, 2016/17). At a global level, analysis by Organisation Internationale de la Vigne et du Vin (OIV) on the state of the viticulture in the world market has found that in 2018 Canada was the 13th country in terms of wine consumption, but the 6th for volume of imported wine (joint with the Netherlands). As mentioned above, Canada’s significant wine import rate is confirmed by Canada’s own data, which reports that 70% of the wine consumed in Canada between 2017 and 2018 was of foreign origin.

The Economic and Trade Agreement (CETA) between Canada and the European Union played a fundamental role in imported wine’s conquer of the Canadian market. The treaty was provisionally applied on September 21th, 2018, and eliminated 98% of the exporting tariffs between the signing countries. The CETA also signified the official acknowledgment of European denominations of origin, a remarkable achievement for high-quality European products. For the first time, the treaty banned the sale in Canada of imitations of 140 European delicacies, making European designations of origin an unequivocal guarantee of products origin and craft.

However, protecting these products from imitations is not enough. In order to make the most of this opportunity, the European quality system needs to be demystified and communicated to the ordinary customer. According to NGO participant Kurtis Kolt, wine consultant and sommelier, wine experts are aware of the superior craft of EU products marked with quality labels, but the difference is still unclear to the general public: It should not be taken for granted that everyone knows what PDO and PGI mean.

This is precisely why the European Union has created educational programs such as Native Grape Odyssey. Comments from participants confirm that the full potential of European wines in the Canadian market is still to be expressed: “Wine consumption, sales, intrigue and interest are on the rise in Canada currently and it is a great time for the premium wine market. Wine is currently on trend in Canada and it is a great time to focus on more niche or lesser known wines varietals and regions.“ commented Jeffery Osborne, Sales Manager at Grape Brands Ltd. and sommelier.

The situation seems promising for European exports in Canadian market, but these products need to be properly introduced and explained to the consumer. This is a role that only people of authority within the market can undertake. The above-mentioned 25 wine experts have thus found in NGO a way to deepen their knowledge about the subject, so that they can effectively express it to the Canadian market. Joanne DiGeso, wine educator, stated that NGO has perfectly identified what is needed to take European wine sales in Canada to the next level: «I think that NGO is doing great work at educating influencers, sommeliers and educators on the broader range of Italian wines. This, in turn, should ‘trickle down’ to consumers.» Sommelier Jeffery Osborne commented further by praising NGO’s educational activities content: «NGO-organised seminars are fantastic deep dives into perspectives on the grapes and wines which we are typically not exposed to by CMS or WSET. »

The success of this first edition encouraged NGO’s organizers to expand the program: large scale events have already been planned for the months to come, and this time NGO will literally bring European excellence to the world, organizing educational activities directly in the target countries.

About: Native Grape Odyssey is a project financed by the European Union and managed by Unione Italiana Vini and Zante Agricultural Cooperatives Union for the promotion of PDO and PGI European wines abroad, in particular in three countries: Japan, Canada and Russia. In order to achieve this, the Native Grape Odyssey educational program will organize wine seminars, workshops and b2b meetings both in these countries and in Verona, Italy, inviting wine experts and influencers from these countries. These events, realized in the span of three years (2019-21) aim at creating awareness about European native wines abroad, in particular, Italian and Greek wines, which share a long tradition and a high standard of quality.