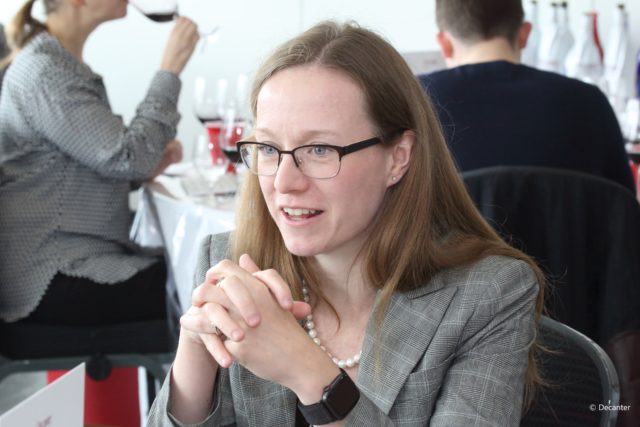 The new MWs have proved their understanding of all aspects of wine by passing the Master of Wine examination, recognized worldwide for its rigor and high standards.

The MW examination consists of three stages and culminates in the submission of a final research paper, an in-depth study on a wine-related topic from any area of the sciences, arts, humanities, or social sciences.

In addition to passing the examination, all MWs are required to sign the MW code of conduct before they are entitled to use the initials MW. The code of conduct requires MWs to act with honesty and integrity and to use every opportunity to share their understanding of wine with others.

There are 14 Masters of Wine in the ‘2019 vintage’, as Edouard Baijot MW (France), Nicholas Jackson MW (USA), Brendan Jansen MW (Australia), Jonas Röjerman MW (Sweden), Harriet Tindal MW (Ireland) and Jonas Tofterup MW (Spain) were announced as MWs in February. They will all be formally welcomed to the IMW at a ceremony in London later this year.

The 2019 crop shows the increasing internationalization of the IMW. The top six countries where MWs are based around the world are Australia, France, Germany, New Zealand, the UK and the USA.

Here are the new Masters of Wine

Julien Boulard MW (PR China) – Born in Alsace, Julien arrived in China in 2003 after studying Mandarin at university. After completing a master’s degree in international affairs, he worked for five years for a wine importer in Nanning, before setting up his own company Zhulian Wines, specializing in wine education. Unsatisfied with solely mastering an exotic language, he started to study wine and became an accredited educator of the Bordeaux Wine School in China in 2008. He then passed the WSET Diploma in 2012 and embarked on the MW journey in 2013. His fluency in Mandarin, both spoken and written, his reputation on Chinese social media (Weibo and WeChat), his wine knowledge, as well as his experience as a wine educator, enabled him to become a key professional on the Chinese wine scene. He is a judge for various wine competitions in China and Hong Kong and writes sporadically when he manages to find time between teaching, tasting and daughter-caring.

Research paper: Exploring the potential of Marselan production in China.

Thomas Curtius MW (Germany) – Thomas is primarily a specialist in PR, digital communications and business development. He studied communications and economics at the University of Mainz and started his business career as a TV journalist for n-tv, the first news television channel in Germany. Later he moved into the automotive industry and joined the PR department of a premium car manufacturer in Stuttgart, Germany. After various positions in the passenger car division, he took over responsibility for events, trade shows and digital communication within global truck, bus and van communications. He heads a dedicated team which develops and manages communications projects, trade shows and product presentations around the globe. Thomas has also been intensively involved in the wine business for more than two decades. He sees great advantage in bringing his expertise in strategy, change management and digital communication together with his knowledge in wine. He concluded his WSET Diploma in 2010 and is now also a member of the WSET International Alumni Advisory Board. He works as a consultant, teacher and lecturer. He judges in wine competitions, runs wine seminars and masterclasses for professionals and enthusiasts and writes articles spreading his passion for wine. When not traveling or developing new ideas and concepts in business, Thomas loves to run in the vineyards around his town or work in his garden.

Dominic Farnsworth MW (UK) – Dominic is a partner at the London law firm Lewis Silkin where he specializes in intellectual property. He is both a solicitor and a trademark attorney and his practice focuses on brand protection, advertising and sport. He acts for a number of businesses in the drinks sector. His interest in wine was sparked by walking past Lay & Wheelers’ shop on the route to school. It was more reminiscent of an antiquarian bookshop than a retail store and the rows of unintelligible labels only added to the mystery. Love of the taste of wine followed and was reinforced by finding that wine had a tendency to be produced in some of the most beautiful parts of the world by interesting people. He followed the WSET route through to the Diploma. Then, setting himself the goal of either climbing Himalayan peaks or passing the MW, he took what he thought was the easier option! He lives in South West London, married with two children, and his other interests include music, traveling and mountains.

Research paper: The threats posed by government regulation to the sale of wine in the United Kingdom.

Lydia Harrison MW (UK) – Lydia was born and lives in London, where she enjoys the diversity of wines available. She started officially in the wine industry after university by joining Majestic Wine where she worked for six years, culminating in the position of senior manager of the Battersea branch. During this time she completed the WSET Level 3 and Diploma with distinction and was awarded several prizes for her exam results: trips to Jerez and the Douro which cemented her love for fortified wines, and the Vintners’ Scholarship for the highest mark in Diploma in the UK trade, which she used to tour New Zealand and its wine regions. She joined WSET School London in 2013 and teaches all levels of WSET wine qualifications, specialising in Bordeaux, fortified wines and tasting technique at Diploma level. She also organises an eclectic programme of evening tasting events and is a Bordeaux Ambassador for the Conseil Interprofessionnel du Vin de Bordeaux (CIVB).

Heidi Mäkinen MW (Finland) – Heidi currently works in Helsinki as a wine ambassador for a Finnish wine importing company where her main tasks are on-trade wine education and portfolio development. At first, she studied theatre and drama research at university, yet after gaining her bachelor of arts she followed her bigger passion to work in hospitality and to learn more about wine. Before her current job she worked for 12 years on the restaurant floor, both in her native Finland and the UK. With her international work experience and knowledge gained from her success in national and international sommelier competitions she continues to help and mentor other professionals to develop themselves within the industry. Passionate and excited about food, wine and travel, Heidi is always looking at new opportunities to explore the world.

Christine Marsiglio MW (UK) – Christine is a Canadian residing in London, where she is a wine educator and program manager at WSET School London, and mum to a three-year-old and a one-year-old. She recently contributed to the development of materials for the newly released WSET Diploma and teaches all WSET levels. Before discovering her love of wine education, Christine was tastings executive at Decanter where she ran panel tastings and helped organize the Decanter World Wine Awards. During the course of her MW and WSET Diploma studies, Christine was awarded scholarships from the Family of Twelve, Freixenet, and the Derouet Jameson Memorial Foundation. She holds an MSc in oenology and viticulture from École Supérieure d’Agriculture d’Angers, France, where her thesis focused on the early detection of Brettanomyces in wineries. She also holds a BSc in chemistry and biology from the University of Alberta in Canada. Christine is a keen long-distance runner, cook, and traveler.

Edward Ragg MW (PR China) – Edward co-founded Dragon Phoenix Wine Consulting in Beijing with his wife and partner Fongyee Walker MW in 2007. Having read English at Oxford University, Edward began blind-tasting at Cambridge whilst writing a Ph.D. on American poet and Burgundy tippler Wallace Stevens. A former captain and coach of the Cambridge blind-tasting team, Edward co-wrote and revises regularly the Cambridge University Guide to Blind-Tasting. He has also published widely in international wine magazines, literary journals and has authored three collections of poetry. Formerly a Professor at Tsinghua University (2007-2017), he completed his WSET Diploma in 2012 and began the MW study program in 2015. Together with Fongyee, he is the other authorized tutor of the WSET Diploma in mainland China. Edward also has judging experience, serving as a guest international judge for the McLaren Vale Wine Show (2012) and Perth Royal Wine Show (2019), as well as judging in Chinese competitions. He is keen to expand his international judging experience and also make wine in the future.

Gus Jian Zhu MW (USA) – Gus has become a seasoned wine educator under the tutelage of Fongyee Walker MW and Edward Ragg MW, the co-founders of Dragon Phoenix Wine Consulting. He has combined his wine education resulting in an MSc in viticulture and enology from UC Davis, with practical winemaking experience at Napa Valley’s Cakebread Cellars, and hospitality and sales experience at the Hall Winery in Napa. Gus’ commitment to the academic field of wine is evidenced by his MW research paper about the sensory science of wine; and by co-authoring a review paper, A Quarter Century of Wine Pigment Discovery, published in the Journal of Food and Agriculture. Gus provides education and consulting services at Gus Zhu Wine Consulting. He works as an international consultant on wine education and is committed to sharing his knowledge as a certified educator for all levels of WSET qualifications in wines. Gus shares his expertise with global WSET Diploma candidates in the online classroom and as a guest lecturer at the Dragon Phoenix in Beijing and Napa Valley Wine Academy.

Research paper: The impact of acidity adjustments on the sensory perception of a Californian Chardonnay.