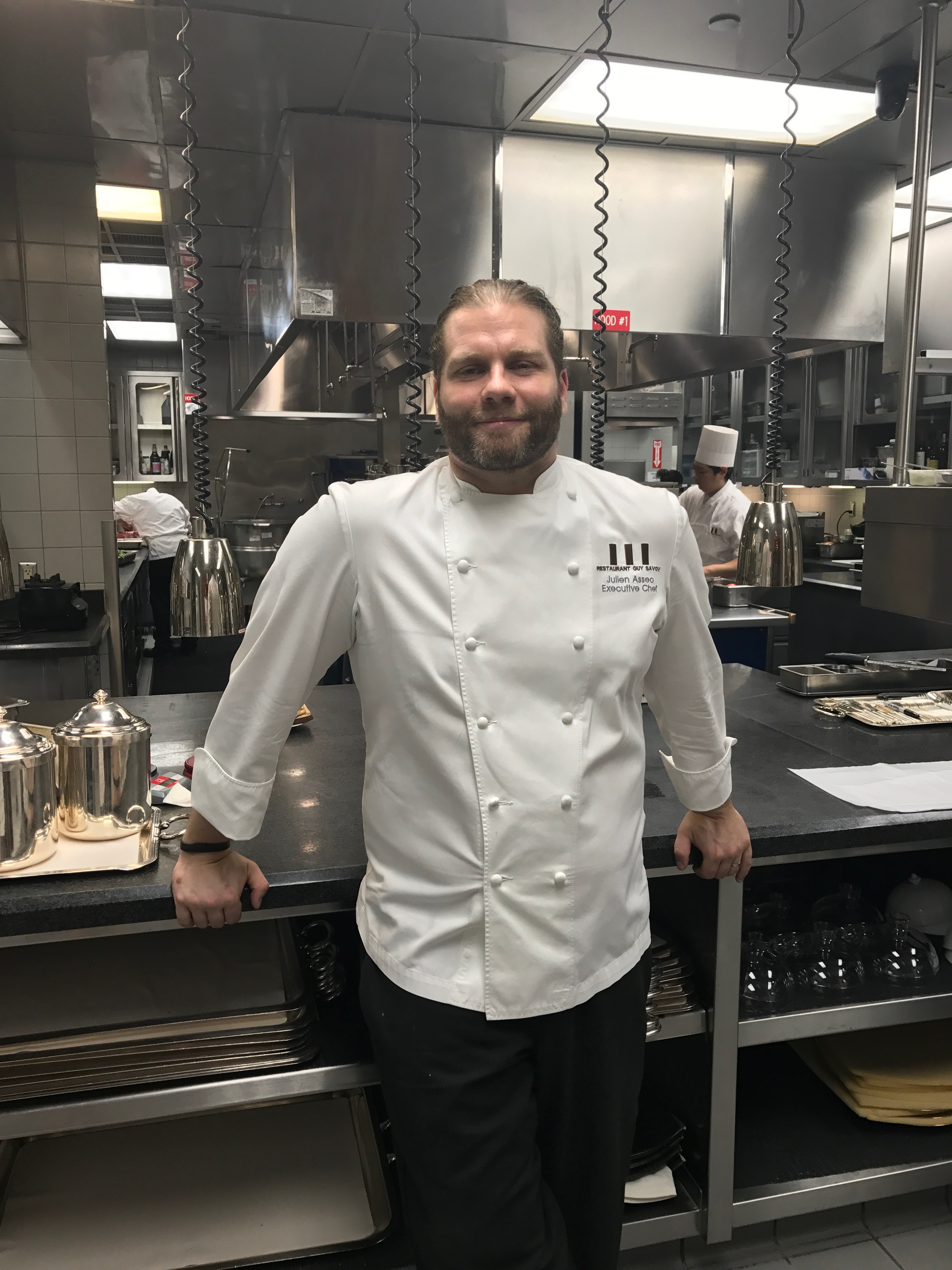 Julien Asseo has achieved what most chefs can only dream of; throughout his career he has worked with renowned chefs Rick Moonen, Joel Robuchon, and Guy Savoy.

After a tour of the kitchen and Krug Chef’s Table (private dining), I chatted with Chef Asseo in the beautiful setting of his restaurant’s dining room.

Julien grew up in Libourne, France on his parents’ vineyard. He earned his bachelor’s degree in culinary arts at Lycée Hôtelier de Gascogne.  Shortly after, he moved to Paris to work at La Fontain de Mars as commis to eventually chef de partie. A number of years later he decided to move to Los Angeles and got a position as a sous chef at the Rivera. In 2009 he moved to Las Vegas to work under renowned chefs Rick Moonen and Joel Robuchon. Julien joined Restaurant Guy Savoy in 2011 as a sous chef, advancing to chef de cuisine, a number of years later, and is now hold the position as Executive Chef. He has never looked back.

Liz Palmer:     What influenced you to become a chef?

Julien Asseo: I loved to eat from a young age – I was always attracted to food.
Especially when my mom used to cook a big meal every day. I first realized when I was 15 years old; I followed my head and moved back to France (from California) and went to cooking school Lycée Hôtelier de Gascogne, Bordeaux. I never stopped my passion, right after I graduated I moved to Paris.

Liz Palmer:     Do you still have time to experiment?

Julien Asseo:  Yes, I’m currently working on a new idea that came from a childhood memory, sweet breads and milk skin (pairing these together).

I also love travelling and reading – I collect lots of books to learn and discover new things.

Liz Palmer:     What are the current restaurant trends in Las Vegas?

Julien Asseo: The big movement now is simplicity – going back to roots, like
heirloom vegetables. I also strive for the best food possible – the best ingredients.
I try to stay local – at least 90% of the vegetables are local.  The meat comes from Texas, the fish from the Atlantic.

You have to respect food especially the farmer and never underestimate a vegetable.

For me it’s more of a personal touch and being more honest in my cooking.

Liz Palmer:     Who have been your mentors?

Julien Asseo: It’s hard to say.  I worked for Rick Moonen and Joel Robuchon and learned a lot.  I last trained under Guy Savoy who most inspired me on my career. He’s a very good chef, in every aspect from pleasing guests, being the best host, to cooking.  I learned a lot from him on fine dining.

Liz Palmer:     Champagne and food Pairing – what are your favorites?

Julien Asseo: I’m going to work hard and get that third star (Michelin).  Michelin stopped coming in 2009 when we had two stars.  We hope they are coming back after nine years.

I would like to eventually go back to California and open a restaurant, in the countryside – close to the ocean and mountains with great farm great ingredients.  It will be under my name – it’s my dream. 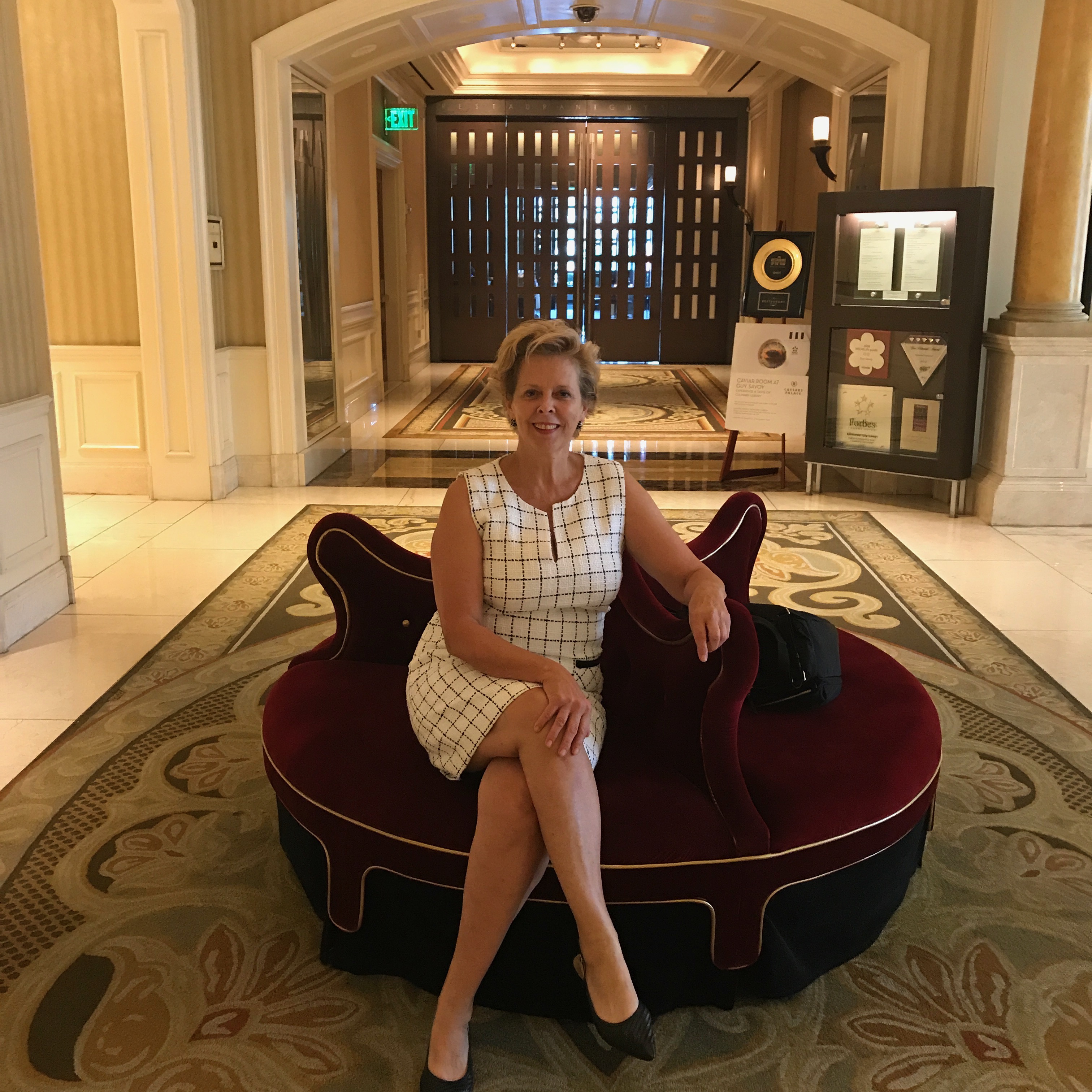