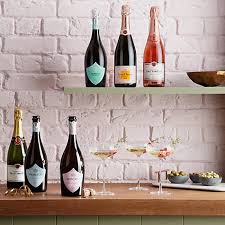 The final figures for Champagne shipments in 2017 were recently announced.

The French market dropped by 2.5% with 153.7 million bottles. “A decline stronger than expected due to disappointing sales in December,” commented Maxime Toubart, president of the Syndicat Général des Vignerons, co-president of the Comité Champagne.

The export, up 3.5%, nearly equals France with 153.6 million bottles. The growth drivers are confirmed outside the European Union (- 1.3% with 76.6 million bottles), since other countries now exceed EU, increasing by nearly 9% to reach 77 million of bottles.

Jean-Marie Barillère, president of the Union des Maisons de Champagne, co-president of the Comité Champagne, is pleased that “thanks to the export and the valuation of its cuvées, Champagne achieves the record turnover of 4.9 billion Euros “.

Data by export country will be available in the next few weeks.