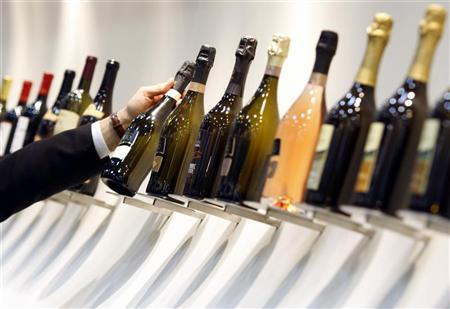 Industry estimates gathered by Reuters showed that about 312 million bottles of the prestige sparkling wine will have been dispatched in 2015, a rise of between 2 and 3 percent from 2014.

In 2007, the record year so far, revenues reached 4.56 billion euros, before the global economic and financial crisis began weighing on the market a year later.

The 2015 sales estimates reflected efforts to promote higher-priced products such as special blends and fine vintages, as well as growing demand for Rose Champagnes in Japan and the United States, Champagne’s second export market after Britain.

In Britain, a solid economy underpinned buoyant demand while austerity-hit Italy and Spain were starting to see signs of an upturn.

Economic woes in Champagne’s home market of France have taken the fizz out of global sales since 2010, but sales were stabilizing in volume and value this year and could even show a slight rise.

Sales were improving in French hypermarkets as well as in specialized stores.

The Champagne market is dominated by LVMH, which owns the Dom Perignon, Moet & Chandon, Veuve Clicquot, Ruinart and Krug brands. Specialist makers include Lanson-BCC, Vranken or Laurent Perrier as well as drinks group Pernod Ricard with its Mumm and Perrier-Jouet brands.

Official figures for 2015 will be published next month.

Champagne, which can be produced only in the region of the same name, is facing tougher competition from Spain’s cava and Italy’s prosecco, sold for as little as a third of the price.

Industry professionals say the Champagne sector is fighting back by stepping up efforts to enhance the quality of its own product.