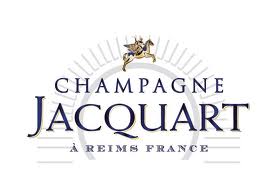 Champagne Jacquart is calling for entries to its Rising Stars Trophy competition to find the finest young chef and sommelier duo in the UK.

The 2011 competition is open to teams comprised of sommeliers and chefs, under the age of 35, and offers them the opportunity to take part in one of the industry’s leading event.

The competition now in its fourth year, pays testament to the brand’s ambition to support the stars of tomorrow within the hospitality industry.

It has been previously presided by personalities such as Gérard Basset MS MW and judged by some of the leading names in the wine trade, including wine writers Susy Atkins, John Radford, Hotel du Vin’s Ronan Sayburn MS and St John and HG Wines’ Jade Koch.

Susy Atkins says: “The competition is a must for the UK on-trade as it puts both the sommelier and the chef together”. Gerard Basset MS MW also praises the competition by saying that, “entering is a great opportunity to bring the industry to life. This is an aspirational award and it encourages people who work in restaurants to raise their game.”

After the initial round of paper judging, eight teams will be invited to compete at the grand finale, hosted in the Competition Theatre of The Restaurant Show, in London on October 10.

Applicants can find out more online at www.enotria.co.uk/risingstars – closing date for entries is July 22, 2011