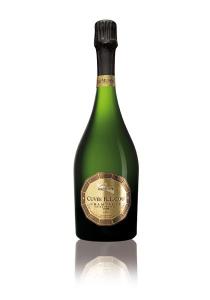 One of the true Grand Marque Houses of Champagne, G.H. MUMM, has paid tribute to one of its great custodians with the New Zealand release of a remarkable Grand Cru Prestige Cuvée – Cuvée R. Lalou 1999.

René Lalou is a legendary figure in Champagne; a man of law, a man of letters, and an art lover. He led the Maison G.H. MUMM for over half a century, from 1920 until his death in 1973 and on two separate occasions he breathed new life into Maison G.H. MUMM: he is the man who rescued the Maison’s terroir, destroyed first by phylloxera and then later by WWII.

For almost half a century, travelling the length and breadth of each of his vineyard plots, René Lalou pulled up, regrafted, replanted and reorganised the entire G.H. MUMM vineyards that, under his supervision, grew from 50 hectares to almost 100 just before WWII.

After working so hard in each of the plots for almost half a century, it is little wonder that René Lalou developed such a special relationship with the land. He wanted everybody to feel, to touch, to taste the most perfect expression of this unique land, the DNA of the Champagne House so to speak, by means of a complex blend.

In 1966, in honour of its then President, René Lalou, G.H. MUMM released a legendary prestige cuvée called René Lalou, which in its 25 year history saw only nine vintages, culminating in the highly esteemed 1985 release.

René Lalou’s spirit remains very much alive through the current Chef de Cave, Didier Mariotti, who believes this new release eloquently and elegantly showcases the true spirit of the House, by utilising 12 of the most supreme parcels of fruit from the Mumm Vineyard to which René Lalou devoted his entire working life.

“With this wine, G.H. MUMM has created a cuvée which, more than any other that has come before it, expresses the very essence of an entire landscape and history. With Cuvée R. Lalou we can taste the spirit of G.H. MUMM.”

“To make wine is to bring forth tears from the earth so as to uncover its very essence,” was a favoured Lalou expression.

Entirely appropriately, at the end of his distinguished career René Lalou was awarded the highest honour in France, being named a Commander of the Legion d’Honneur, the famous red sash that of course has adorned the legendary G.H. MUMM Cordon Rouge since 1875.

The new prestige Champagne, Cuvée R. Lalou Vintage 1999 is extremely rare and will only be available from the most discerning restaurants and fine wine retailers.