Earlier this year Maximilian Riedel launched the Sommeliers Superleggero series — he says: “Drawing on 60 years of wine experience and expertise, the new Sommeliers Superleggero Series is designed to carry the charm of a handmade glass with added superior lightness.” The hand blown Superlegerro Champagne stemware retails for £270/pair.

I met up with Matt Knight, Business Manager of Riedel UK, at The Union des Grands Crus de Bordeaux, at the Royal Opera House, London yesterday and he was very happy to show me the new champagne stemware. Both have the same bowl shape and size, are lead-free and the stems have been lengthened creating a more slimmer and elegant steamware.

My preference is the Superlegerro – the stem was a bit longer giving it a bit more elegant feel. 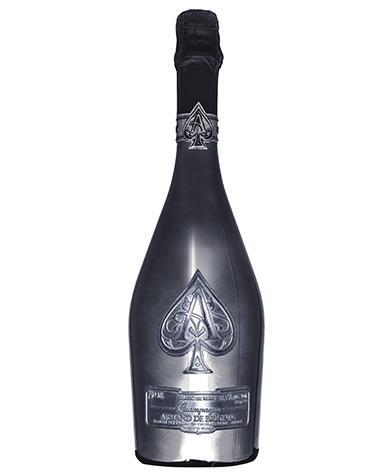 Blanc de Noir Ace of Spades sells for the hefty sum of £695 per bottle and is presented in a dramatic gunmetal bottle.

There is a limited production of 3,000 bottles with 240 being allocated exclusively to Harrods.

“A marvellous strength of the Blanc de Noirs is its versatility; it can truly be enjoyed on its own, but it will also be the perfect wine for an entire meal. This is a very sophisticated wine for the pleasure of a lucky few,” comments Gerald Loparco, a representative for Armand de Brignac. “Harrods has a global reach and an unmatched reputation for excellence, so we thought that our common philosophies and traditional approach with a modern twist was the perfect match for this worldwide exclusive launch,” Gerald adds. 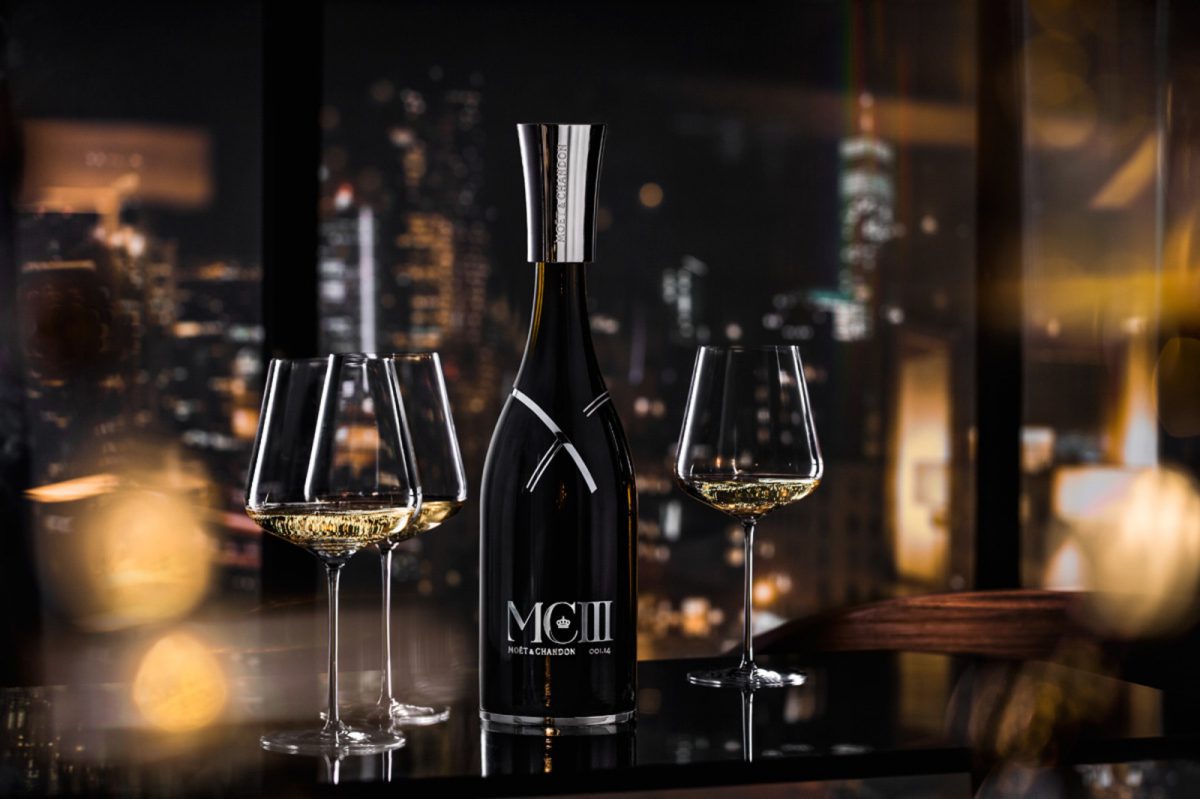 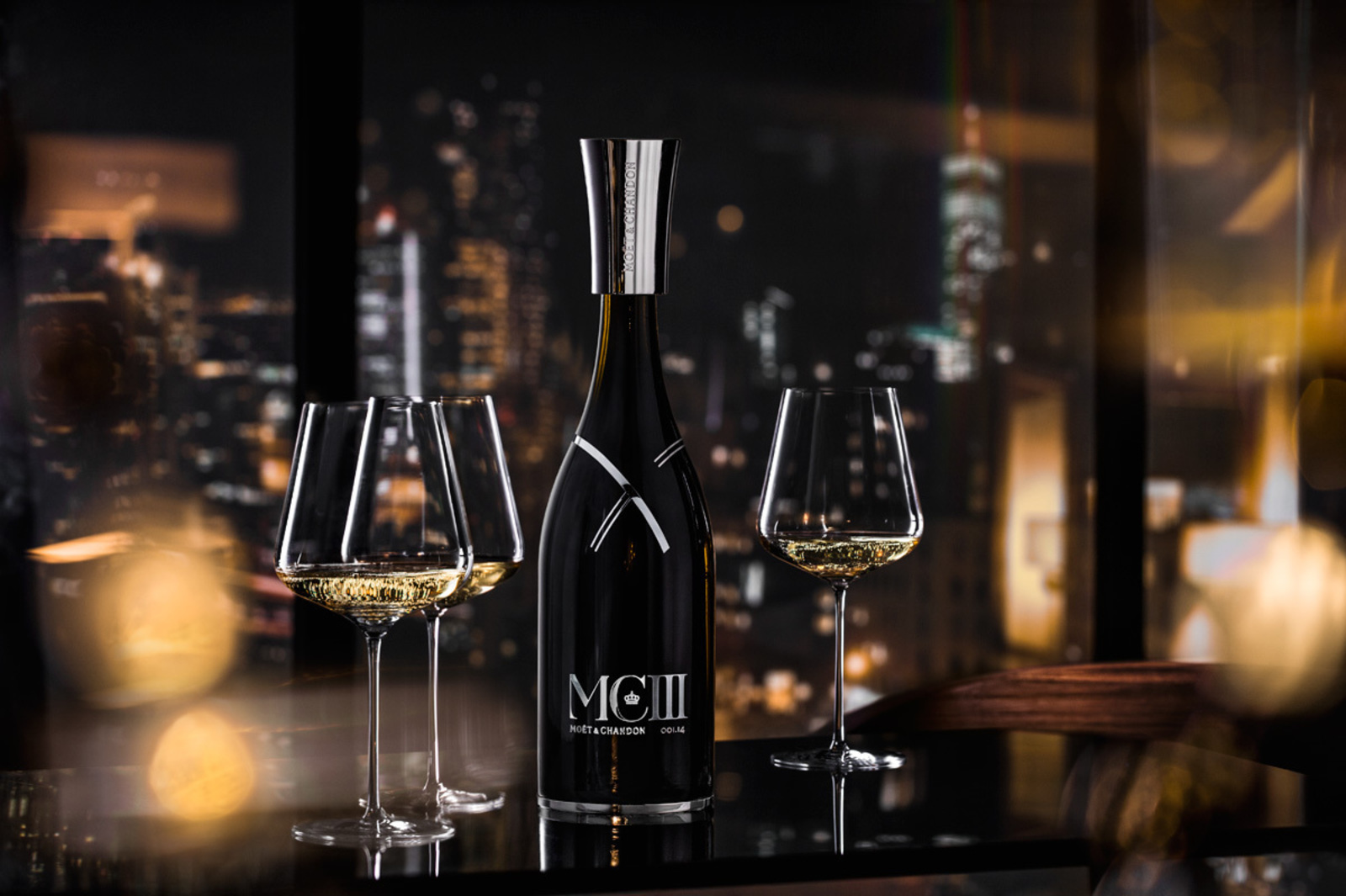 Moet & Chandon is set to release a new prestige cuvee into the US market early October.

Their new cuvee “MCIII” is highly unusual as it incorporates base wines from the 2003 vintage and a range of older reserve stocks, includes non-sparkling vin clair wines, with an assemblage of vintage wines aged both in stainless steel vats and oak casks.

This unique blend is 50 percent of Pinot Noir from the grand cru village of Ay, and 50 percent Chardonnay from Chouilly and Cramant.

Gouez has also included a high proportion of still, oak-aged wines: nearly 40 percent of the blend is reserve wine matured in oak barrels, hailing from the 2002, 2000 and 1998 vintages.

With the price set at $450, this new prestige cuvee is being introduced gradually, with a limited production of 15,000 bottles.

The presentation is quite dramatic — MCIII is presented in a black bottle with a metallic cap, medallion base and beautiful wooden coffret.

Chef de cave Benoit Gouez has stated: “We have created a cuvee of great complexity, which is composed of three strata” or layers.” 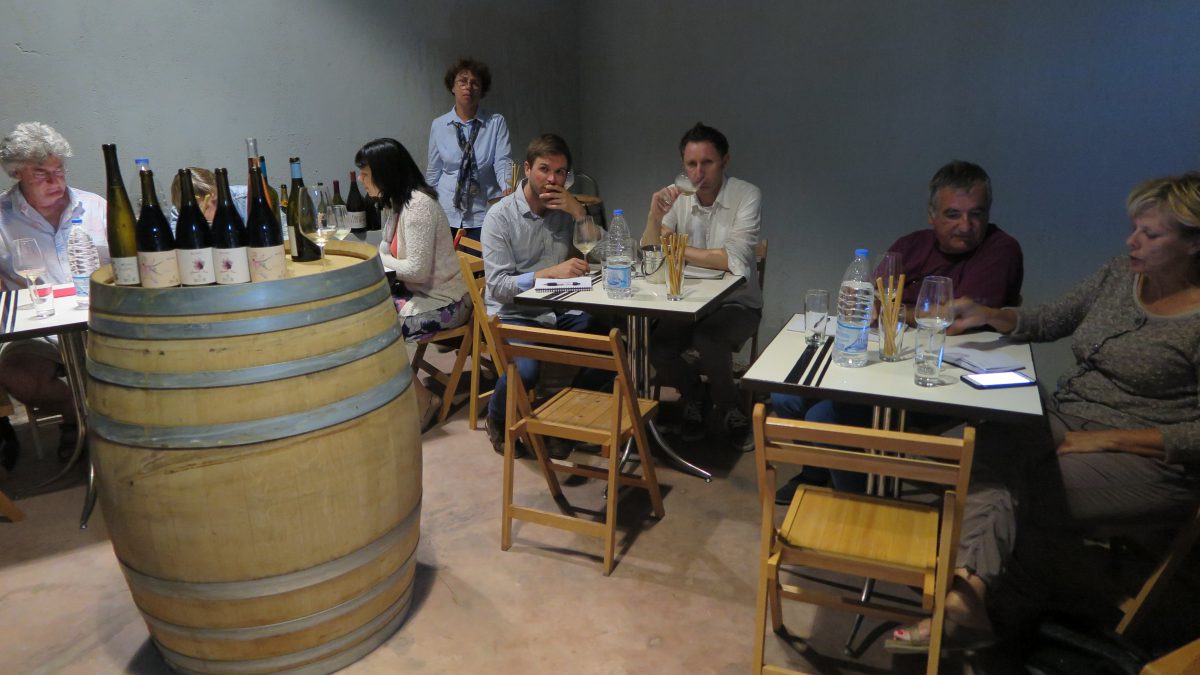 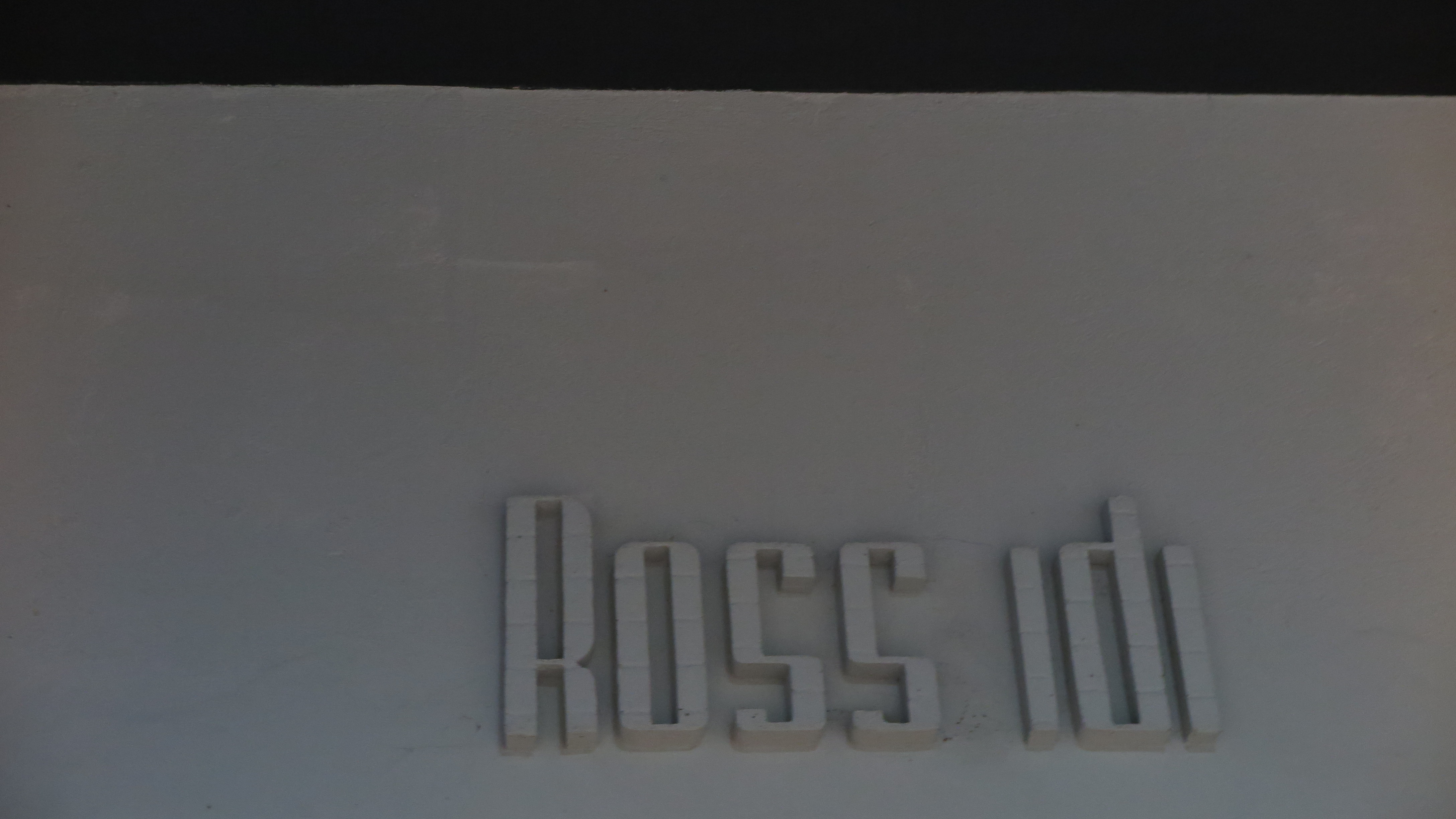 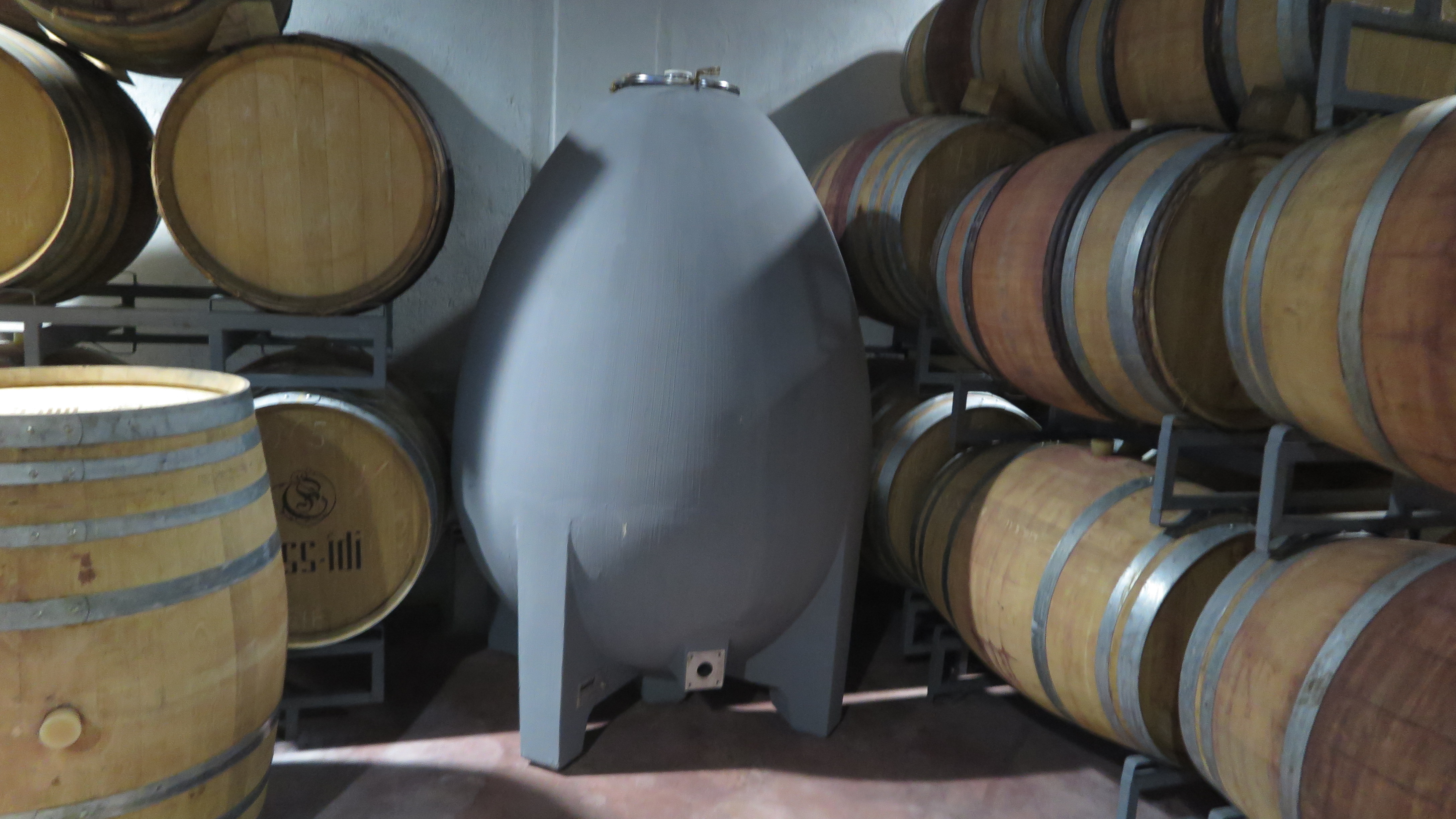 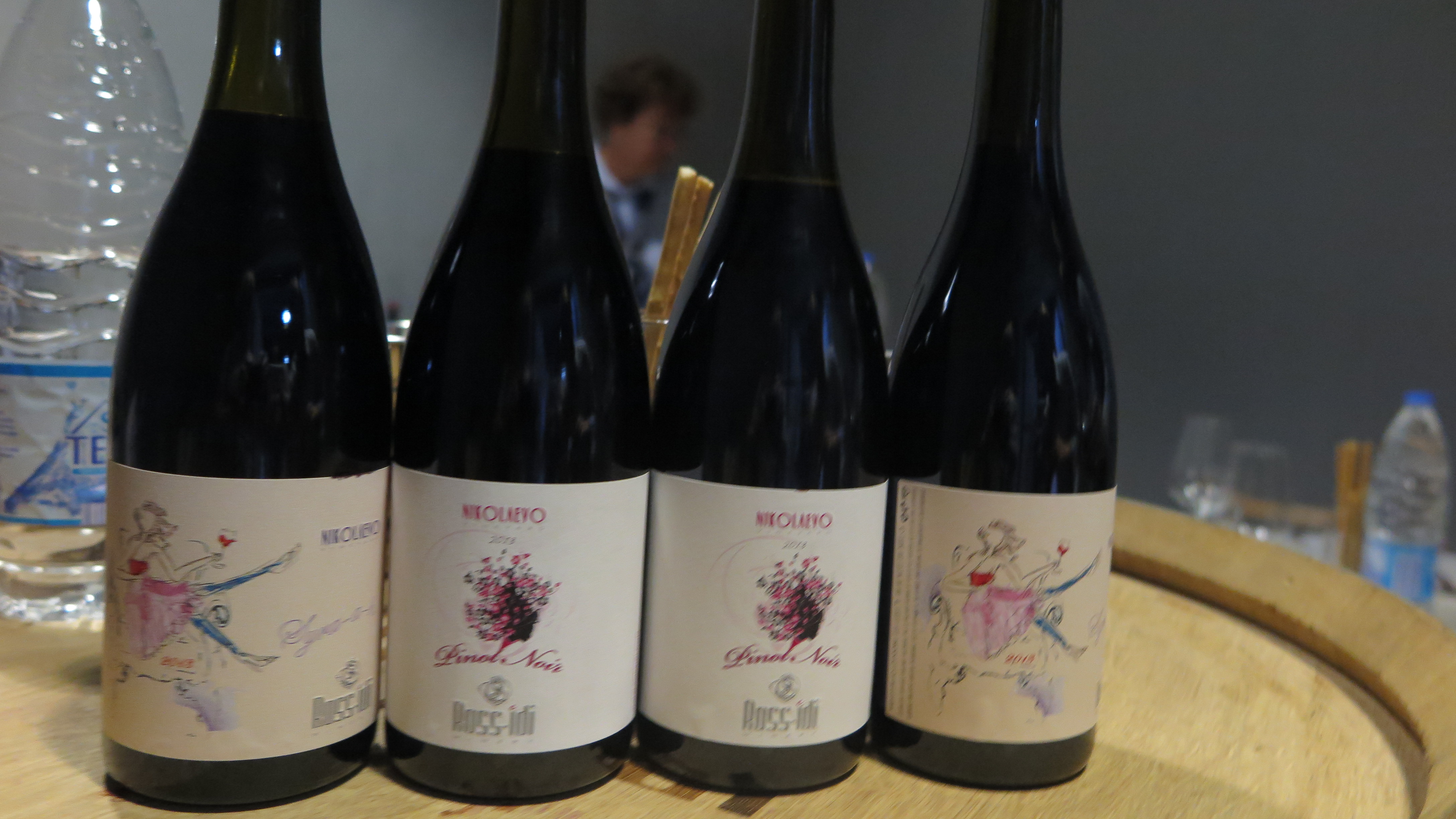 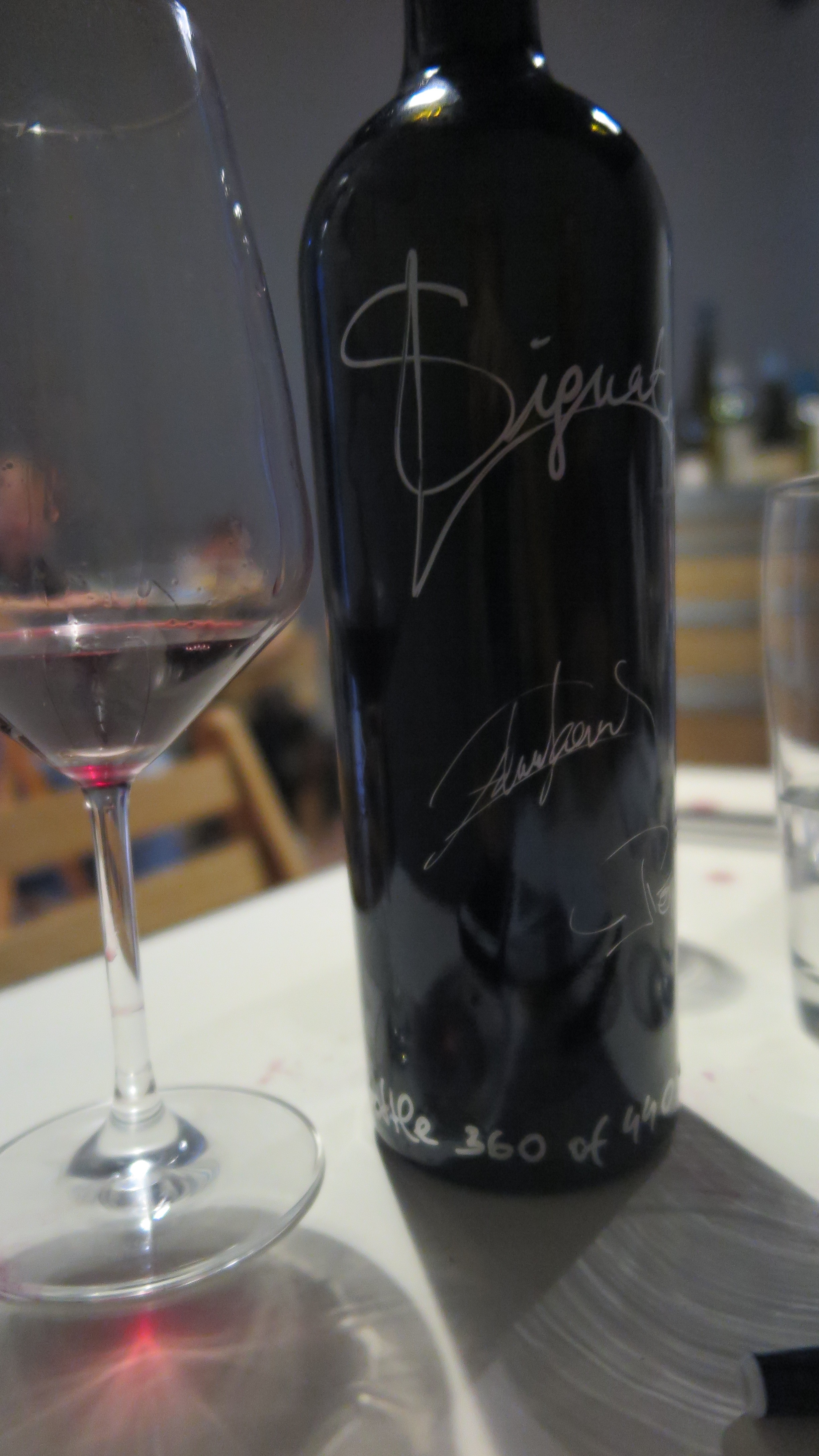 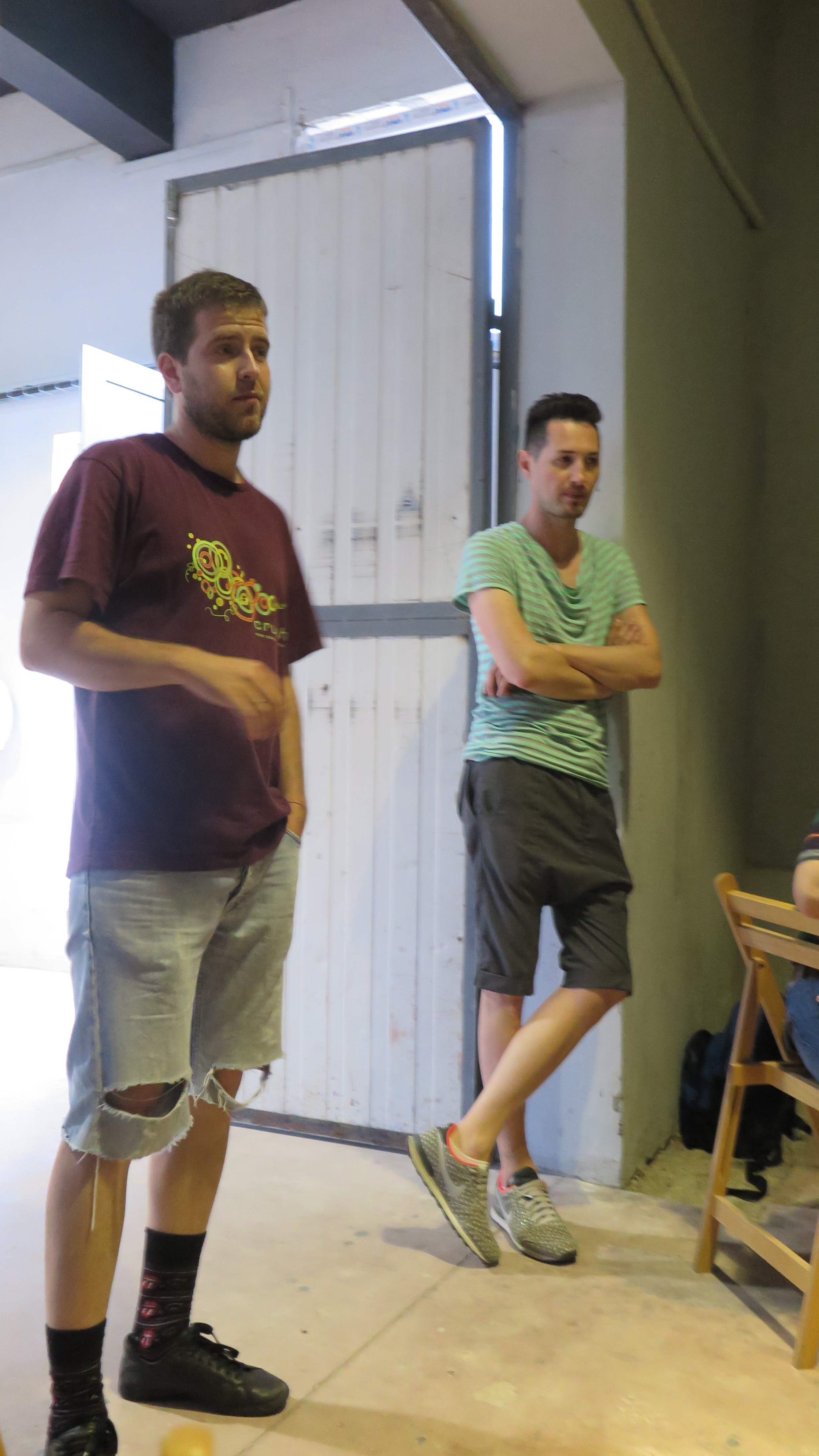 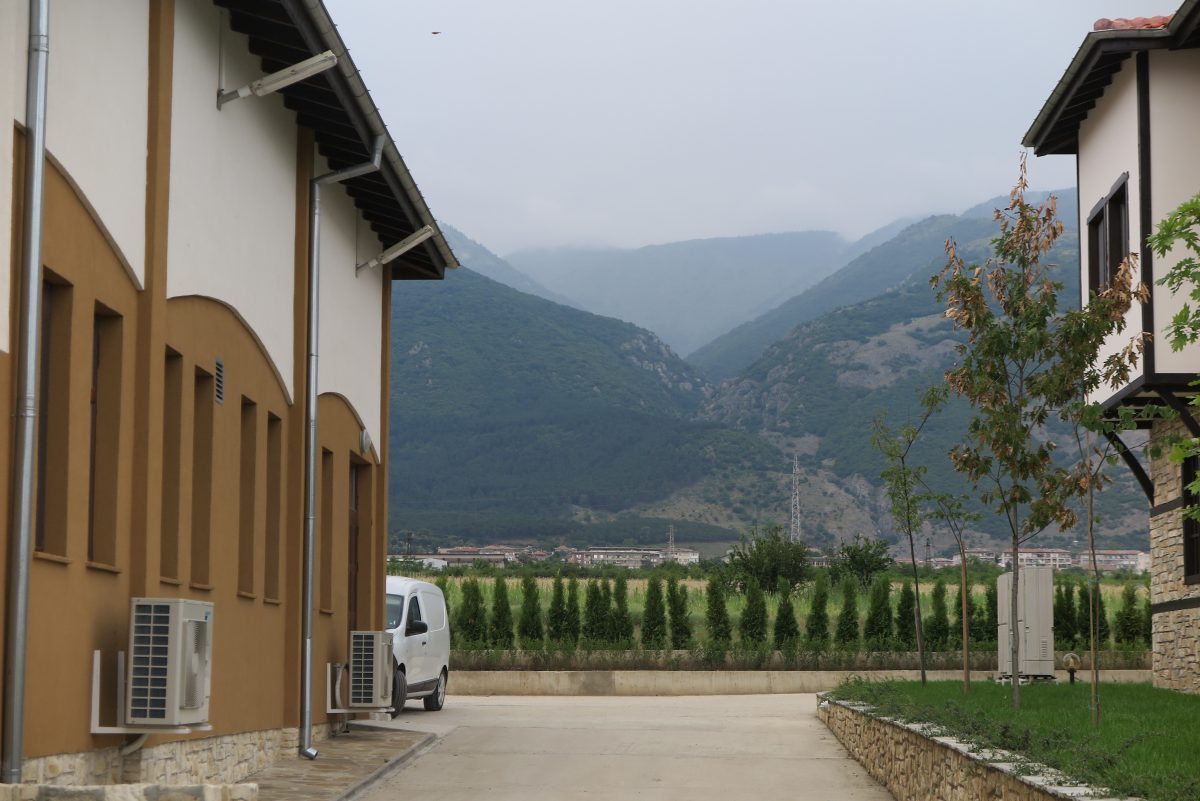 Our bus trip from Villa Teres to Sopot Winery took over two hours. Along the way we drove through the Valley of Roses – this is another beautiful part of the country. This lowland has three valleys, Balkin Mountains to the north and Sredna Gora hills to the south. Famous for its rose-growing industry, which has been cultivated for centuries, this area produces 85% of the world’s rose oil. It’s interesting to note that Bulgaria is one of the world’s largest exporter of rose oil, which is used in the production of: perfumes, creams, chocolates, liquors, jams, jellies and toothpaste. Towns of importance include: Kazanlak, Karlovo, Sopot, Kalofer and Pavel Banya. Unfortunately we missed the harvest, crowing of the Rose Queen and the sounds, sights, and wonderful fragrances of the festival by a few weeks. 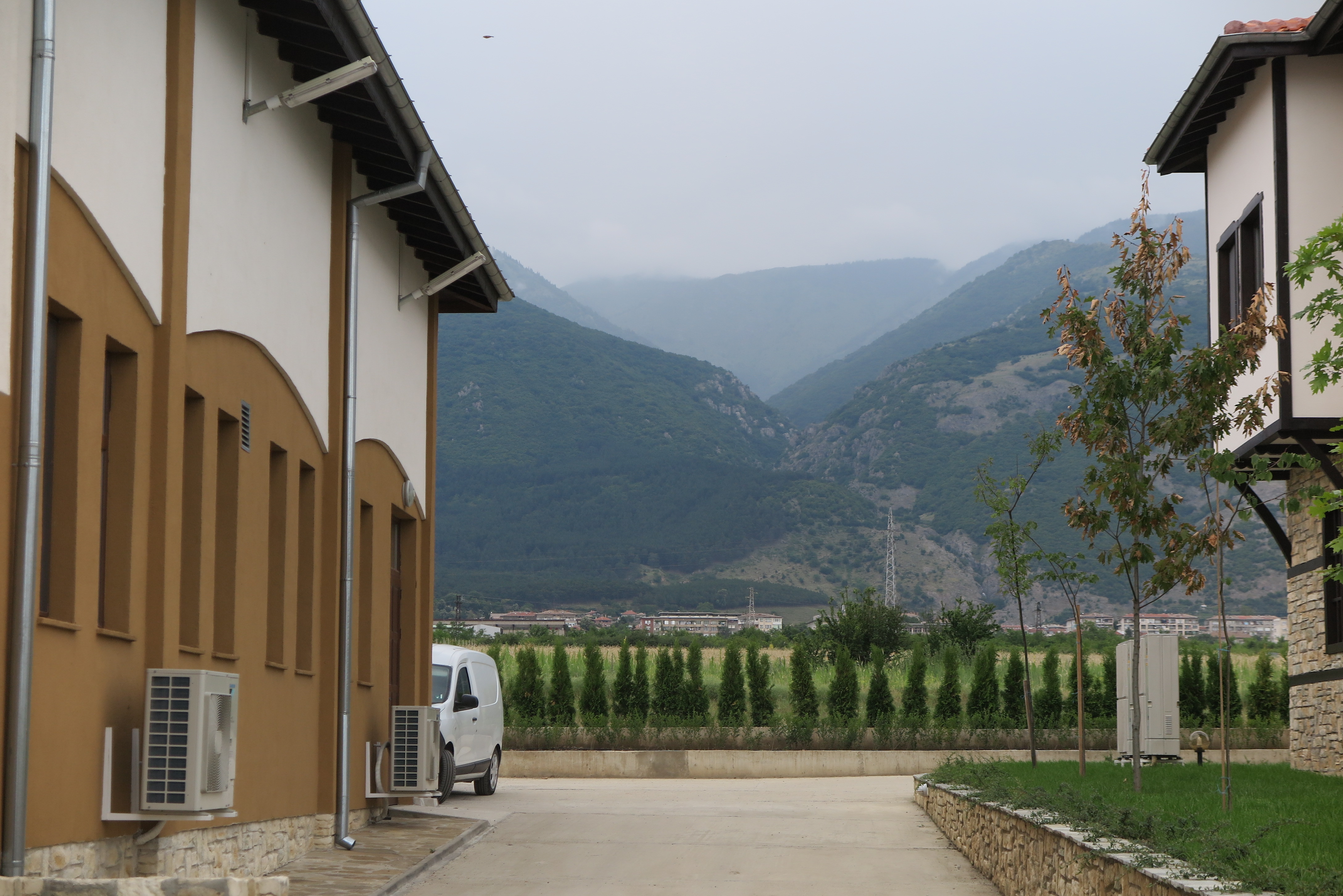 Arriving at Sopot Winery, which is 510 meters above sea level in the heart of the Valley of Roses, south of the town of Sopot – it’s one of the most favourable climatic zones for viticulture in Bulgaria, we saw spectacular views of the southern foothills of the central Balkan Mountain range.

After our tour of the winery and hotel and settled in the restaurant for lunch and tasting. 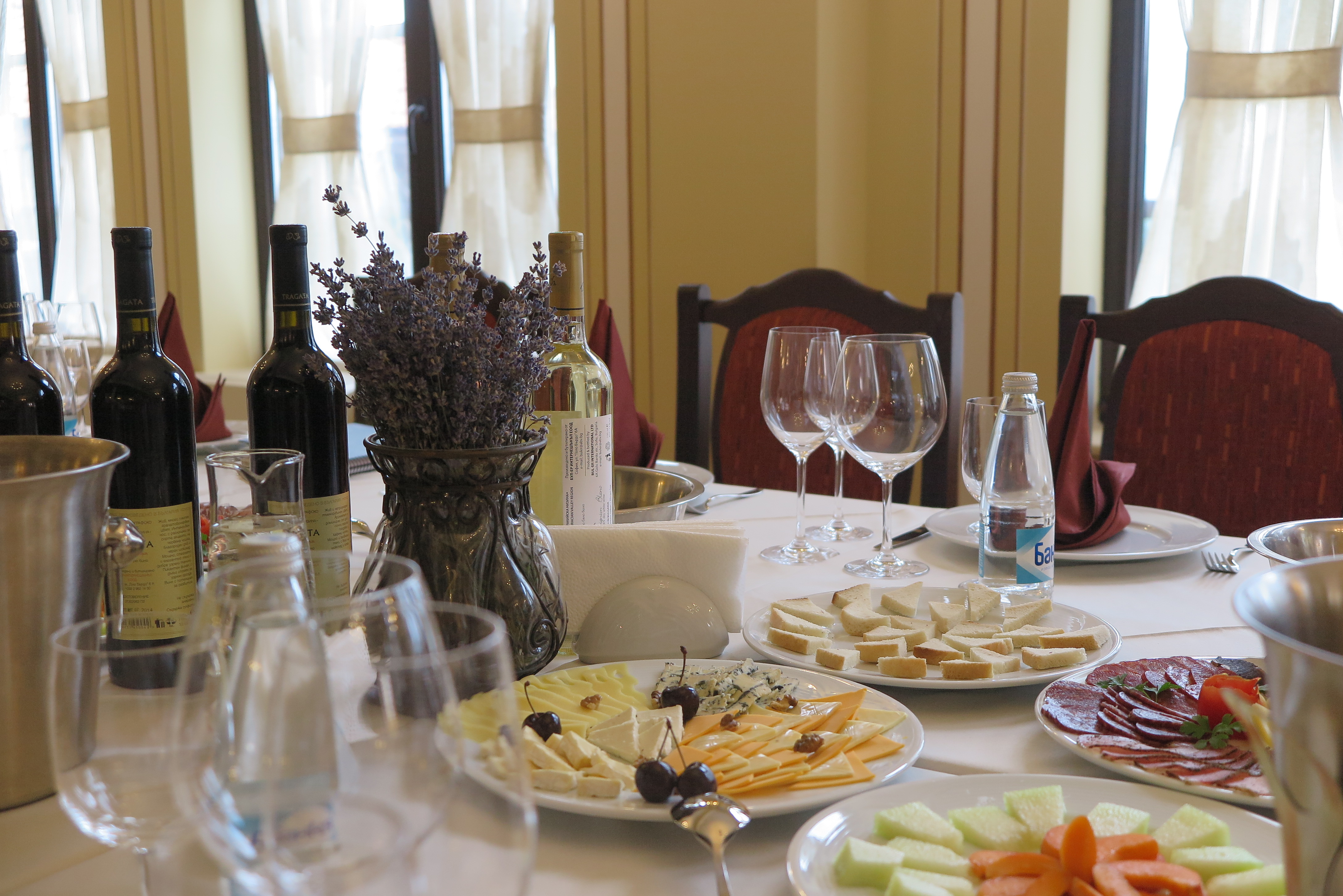 The principal owner is businessman Docho Shikov. Sopot Winery currently has 12 ha of vineyards, with 16-year-old vines, with majority plantings of Cabernet Sauvignon. The facility has modern, state-of-the-art equipment, with a full lab for conducting analysis and research. Head Wine Technologist, Georgi Dchorbadzhakov, goes on to say that they have “an annual production of 120,000 bottles”. 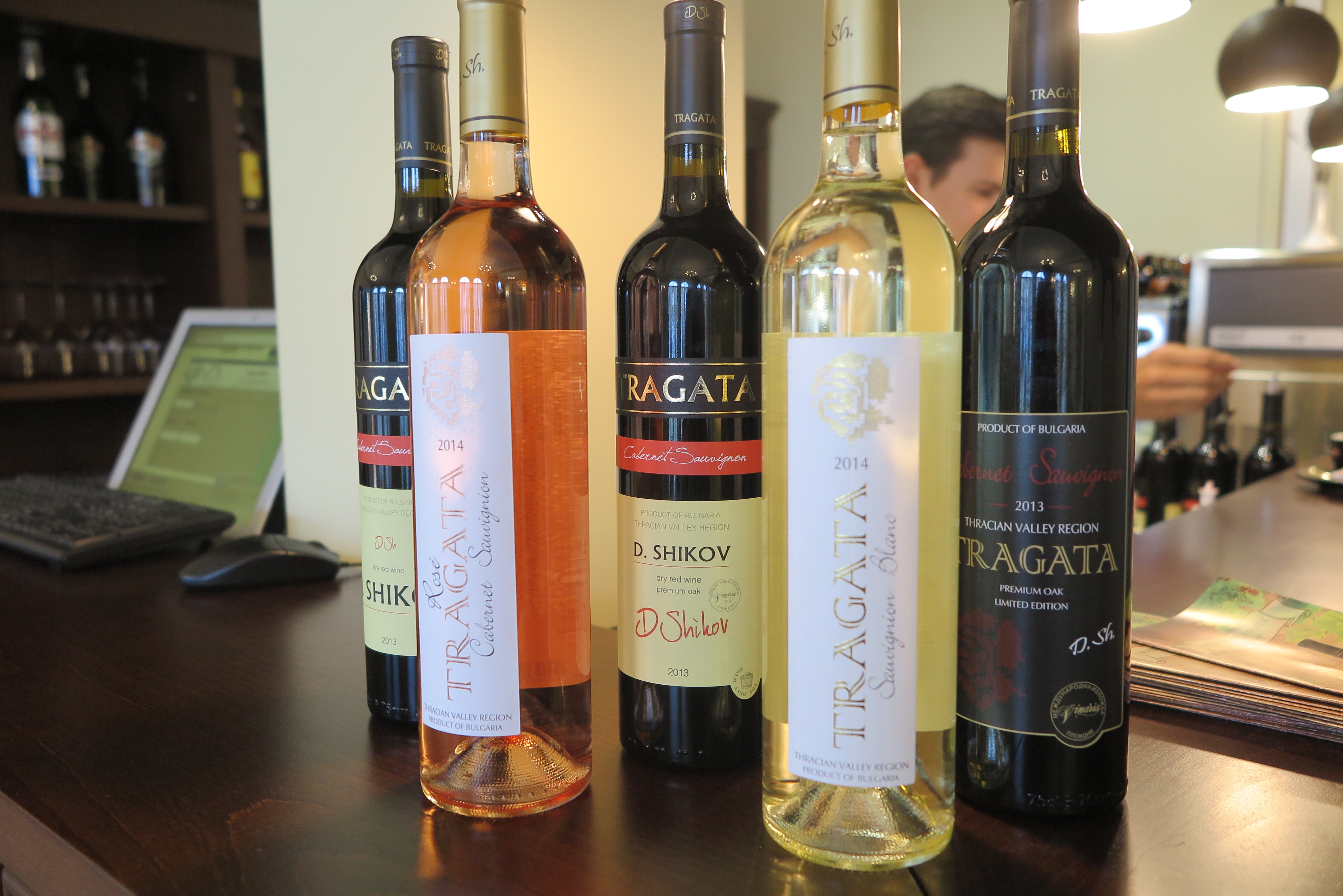 Wines worth tracking down: