Here is an interesting read from Smithsonian Magazine ….drinking habits are changing, and vintners are exceeding tasters’ expectations with new options stripped of their alcohol.

Market Research Firm Fact. MR estimated that global nonalcoholic wine sales reached $1.6 billion in 2021 and will double in the next decade. 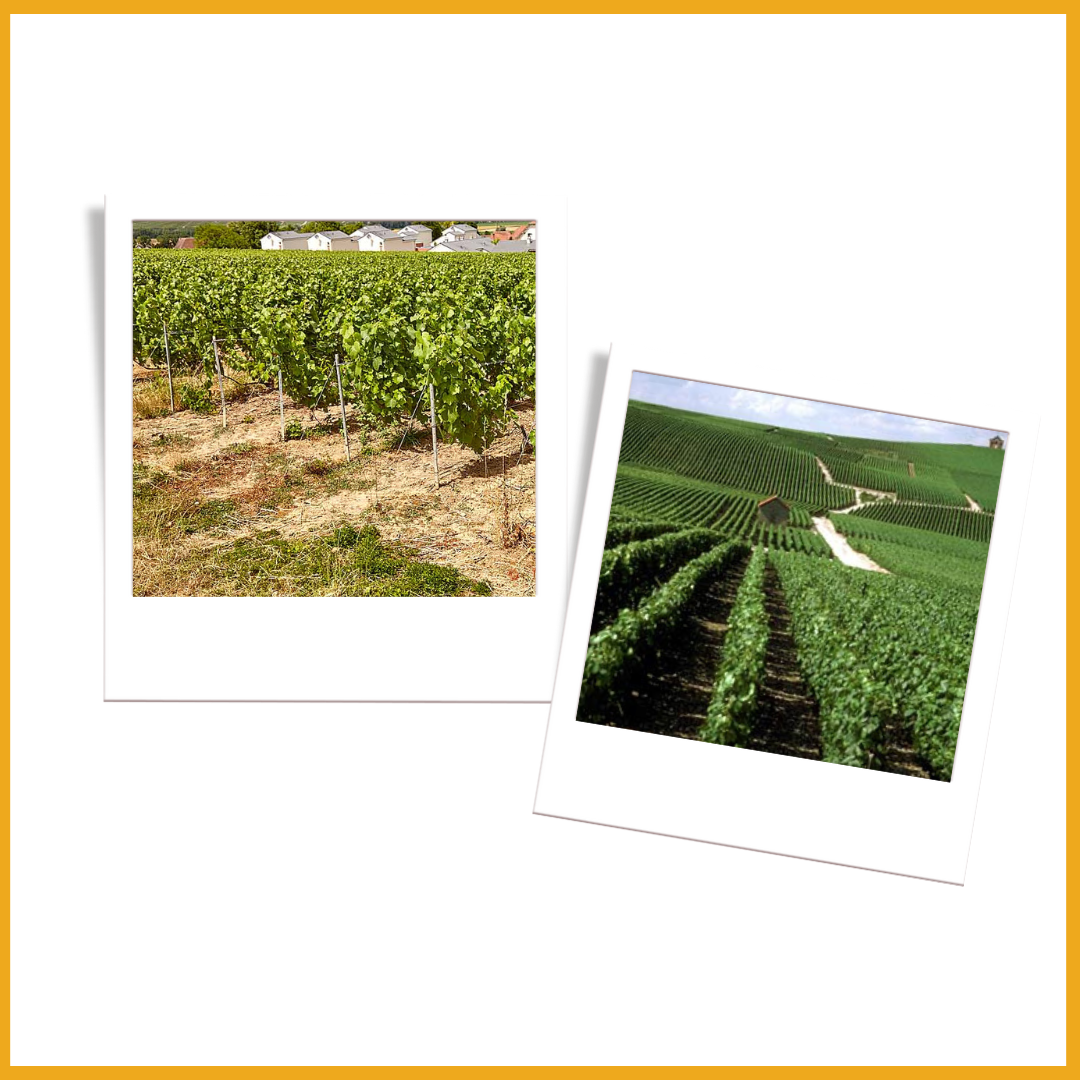 One year after Champagne growers voted to change the needed distance between vines, the Champagne initiative ‘vignes semi-larges’ has been finally approved by the Institut National de l’Origine et de la Qualité, but with considerable opposition.

This means that the necessary distance between rows of vines will soon be increased to 2.2 meters, up from the current maximum of 1.5 meters, a measure which has stood for more than 100 years.

Last year, Maxime Toubart, President of the Syndicat General des Vignerons del la Champagne (SGV) said the apparent environmental benefits of such a move, “it will help us to achieve our objectives of zero herbicides, 50 percent fewer pesticides and 25 percent fewer carbon emissions by 2025.”

Some members feel that the main objective of the initiative is to cut costs associated with cultivation. And there are fears that VSL is paving the way for mechanical harvesting in Champagne.

Though the environmental benefits states Toubart would certainly be worth celebrating, it’s worth noting that the VSL initiative is optional and thus the extent of carbon emissions reduction will depend on how many producers actually choose to replant.

Having said that, a study conducted by the SGV over the course of 15 years in conjunction with growers, Champagne houses and scientists which found that larger spacing between vines could lead to a 20-percent reduction in overall greenhouse gas emissions.

The NoVSL collective, which as its name suggests is against the initiative, believes that the adoption of VSL will lead to a decrease in quality.

“Under the cover of environmental concerns they are implementing a business project of cost-cutting,” said Patrick Leroy of the CGT-Champagne trade union at the time of last year’s vote among Champagne growers. 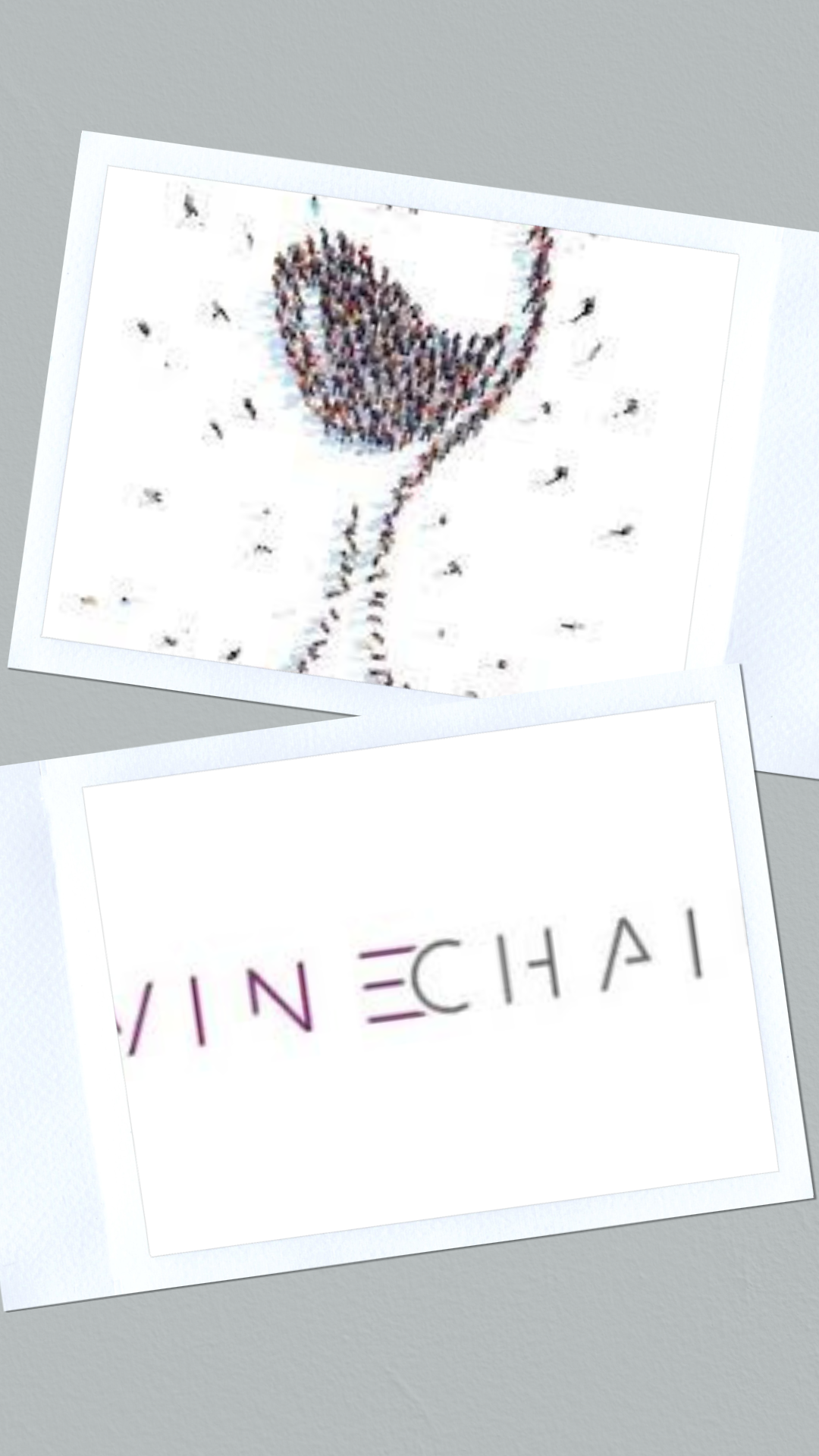 Winechain, an NFT platform specializing in fine wine sales, has raised €6 million of backing from some of the best-known names in fine wine, ahead of its launch later this year.

The start-up, which was founded by the former head of Amazon Europe, Xavier Garambois, Guillaume Jourdan, CEO of VitaBella and Nicolas Mendiharat, CEO of the San Francisco Palate Club, launched at the end of May 2022, after securing over $1 million in backing from wine estates and wine lovers.

It has now upped its investment to $6 million and secured backing by the Rouzaud family of Champagne Roederer and Château Pichon-Comtesse, along with the Reybier family of St Emilion’s Château Cos d’Estournel, and a venture capital fund, Fabric Ventures, with the aim to accelerate its technological development.

The platform aims to be a “new generation” marketplace of wine NFTS, which is called wiNeFTs, which uses blockchain technology and Web3 (a new iteration of the worldwide web which incorporates blockchain technology and token-based economics) to enable an “interactive” direct-to-consumer sales channel that is backed by global logistics, the company previously said. It has already signed up global logistics provider CMA CGM Group, which has taken a minority shareholding in Winechain along with its founder, CEO Rodolphe Saadé.

Frédéric Rouzaud CEO of Champagne Louis Roederer said the investment was an expression of the desire to “constantly innovate and encourage innovation”.

“In the vineyard, in the cellar, and in every aspect of our activity, we are in perpetual motion, attentive to the times and practices that are in constant evolution. For us, Winechain is a means of pursuing this approach and of going even further in terms of proximity and dialogue with wine enthusiasts,” he said.

Max Mersch of FABRIC Ventures explained that the increased traceability, transparency and accessibility would open up the wine world to a new generation of wine enthusiasts.

“The wine enthusiast market is expanding at a pace that is rapidly outgrowing supply, and yet wineries are still looking to find ways to connect directly with their end consumers instead of the multiple logistics middlemen currently in place,” he said. “By creating NFTs for each case of wine straight at the source, wineries will have a transparent data-driven view of their customers, will be able to store the wines in perfect conditions while the wine is being traded and will be able to benefit from royalty fees on the entire secondary market.”

Stellenbosch Wine Routes will hold its inaugural “Sommelier Bootcamp” this September, in a bid to educate wine professionals about the region’s terroir. There will be an intensive five-day course aimed at sommeliers, hospitality professionals and wine media across South Africa with the aim is to immerse participants in the stories of the region and enlist them to help spread the word about its micro terroirs. There will also be tutored technical tastings, and site visits with producers and experts.  Bootcamp attendees will complete a practical exam at the end of the course to earn their Stellenbosch Ambassador’s pin.

“It’s our job to tell people the story and create a value proposition for someone or for something [like Stellenbosch wine],” said Spencer Fondaumiere, chair of the South African Sommeliers Association. “Marketing terroir will increase price points and value.”

“There are so many wine brands,” said Thomas Webb of Stellenbosch wine producer Thelema. “We need to do everything we can to promote our wines. And our terroir is the most obvious one. It’s important to look at the wards of Stellenbosch and promote them. The more we look at the smaller level, the more we push up the whole region and country. Now is definitely the time for specialisation.”

“Quite frankly that information isn’t out there,” said Fondaumiere. “There’s no one beating the drum for the different wards in Stellenbosch and saying this is what we’re good at and this is what to expect. If you’re trying to gain information, there’s not much, other than lived experiences which may or may not be correct.”

The bootcamp aims to create a single, relatable story on the region’s typicity. “Stellenbosch is a recognised quality brand in key markets, but it is much more exciting to learn about the region in an immersive experience,” said Elmarie Rabe of Stellenbosch Wine Routes.

Here is the website to apply somm.wineroute.co.za; the deadline is September 2nd, 2022 and a second bootcamp is planned for November. 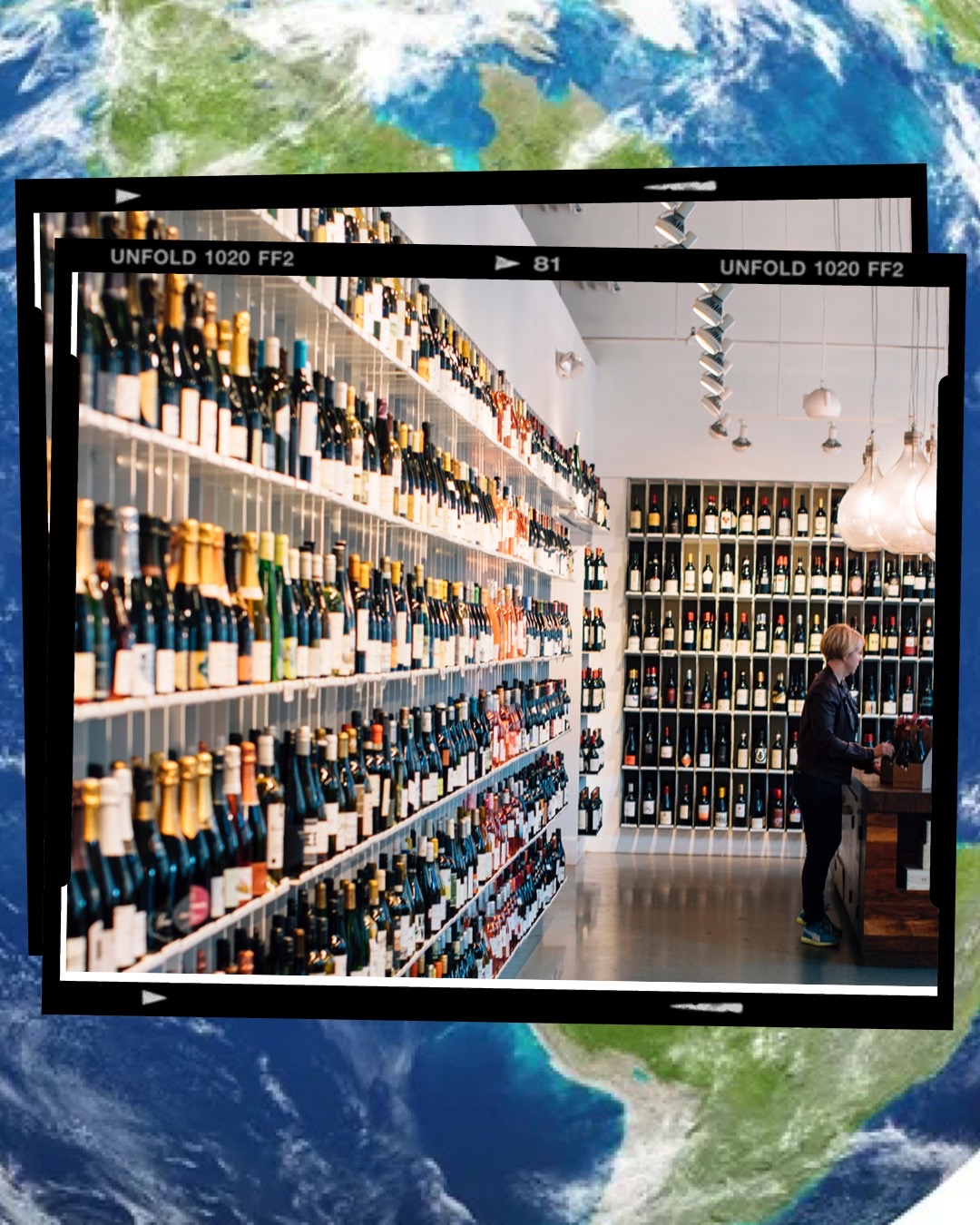 The International Organise of Vine and Wine (OIV) published the “State of the World Wine and Vine Sector 2021” report April 2022 which estimates wine consumption per country, which also includes which countries consume the most wine per annum.

The estimated 2021 total consumption of 236 million hectolitres marks a 0.7% increase on the 2020 level, disrupting a trend of otherwise continuous decline from 2018 to 2020. This spike can be partially attributed to the reopening of the on-trade.

Note: this data is not per capita but estimates overall consumption for each country.

Here is a list of the top 10 counties that consume the most wine each year.

33.1 mhl equates to about 4.4 billion standard 75 cl bottles. Also note that USA still has dry municipalities and where alcohol cannot legally be purchased by anyone under the age of 21. The OIV data indicates that wine consumption has risen by around 5% since 2016, with older, affluent consumers driving the market.

Consumption has slightly decreased in France in recent years, falling from an estimated 28.3 mhl in 2016, though this figure is actually 2% above the pre-pandemic volume. There are still those who enjoy their two glasses a day, including President Emmanuel Macron, but attitudes have shifted to favour less frequent consumption. Health consciousness may be part of it, though attempts to place the Nutri-Score system on bottles and label wines as “unhealthy” were met with outrage from the industry and consumers.

Just falling short of France, Italian wine consumption does not meet the level of its wine production, with the country making almost twice as much wine as it drinks. This amount is actually Italy’s highest level since 2008, though sales of all alcohol in Italy declined by -8.5% during the pandemic. The notable rise also comes in spite of a report suggesting that while more Italians are drinking wine, consumption is less frequent.

Sparkling wine is especially popular among German consumers. Prosecco and Cava juggernaut Henkell Freixenet’s recent results show that Germany, Austria and Switzerland remains the company’s strongest region. Champagne is also fizzing ahead – with the 15 million bottles sold in Germany in 2021 representing a phenomenal 28% increase on the 2019 level, a symptom of post-pandemic celebrations.

A survey of Brits’ favorite wine brands shows that there is a strong preference for sweet, less expensive wines or expensive Champagne. As for British bottles, the Queen’s Platinum Jubilee served as an occasion for many to crack open fizz from England’s burgeoning sparkling sector – as consumption has tripled since the Diamond Jubilee. Last year’s result was approximately 3.4% above the five-year average and shows that, despite Brexit, the UK remains a strong market.

Russia has a reasonably-sized wine industry, producing an average of 4.5-5 mhl of wine per annum, and there is a strong domestic market for it. Indeed, as the country has become increasingly isolationist, Putin’s antagonism toward the European wine industry has grown, such as was the case with his declaration that only Russian sparkling could be labeled as ‘Champagne’. Despite this, there is still demand for foreign wine, and it will be interesting to see how this consumption figure changes, in light of the trade sanctions imposed as a response to the Russian invasion of Ukraine.

Spain is a major global producer, on a similar level to France. However, despite wine being a fixture of meals in the country, alcohol consumption plummeted by -16% in 2020 as the majority of drinking takes place in restaurants and bars, which were shut during lockdowns, the reopening of those venues resulted in a 9.9% boost on the 2020 volume, a result that reflects pre-pandemic figures.

Though producers such as Bemberg have propelled the country’s fine wines into international markets, and Mendozan Malbec is now a staple of supermarket shelves across the world, for a long time most Argentinian wine never left Argentina. But domestic consumption dipped by -11.1% between 2020 and 2021, and the overall trend since the start of this century has been downwards. This is likely due to economic troubles and currency devaluation diminishing consumer purchasing power.

There are currently 20 million drinkers over the legal age. Australia’s wealth of wines has found a domestic audience among millennial drinkers. In fact, between 2018 and 2021, the percentage of regular wine drinkers over the age of 55 fell by -7%, whereas for 25 – 44-year-olds it went up by a third, the reverse of the demographic shift that has been seen in the US. Overall, Australian wine consumption last year was 7.9% above the five-year average, reaching the highest consumption level recorded.