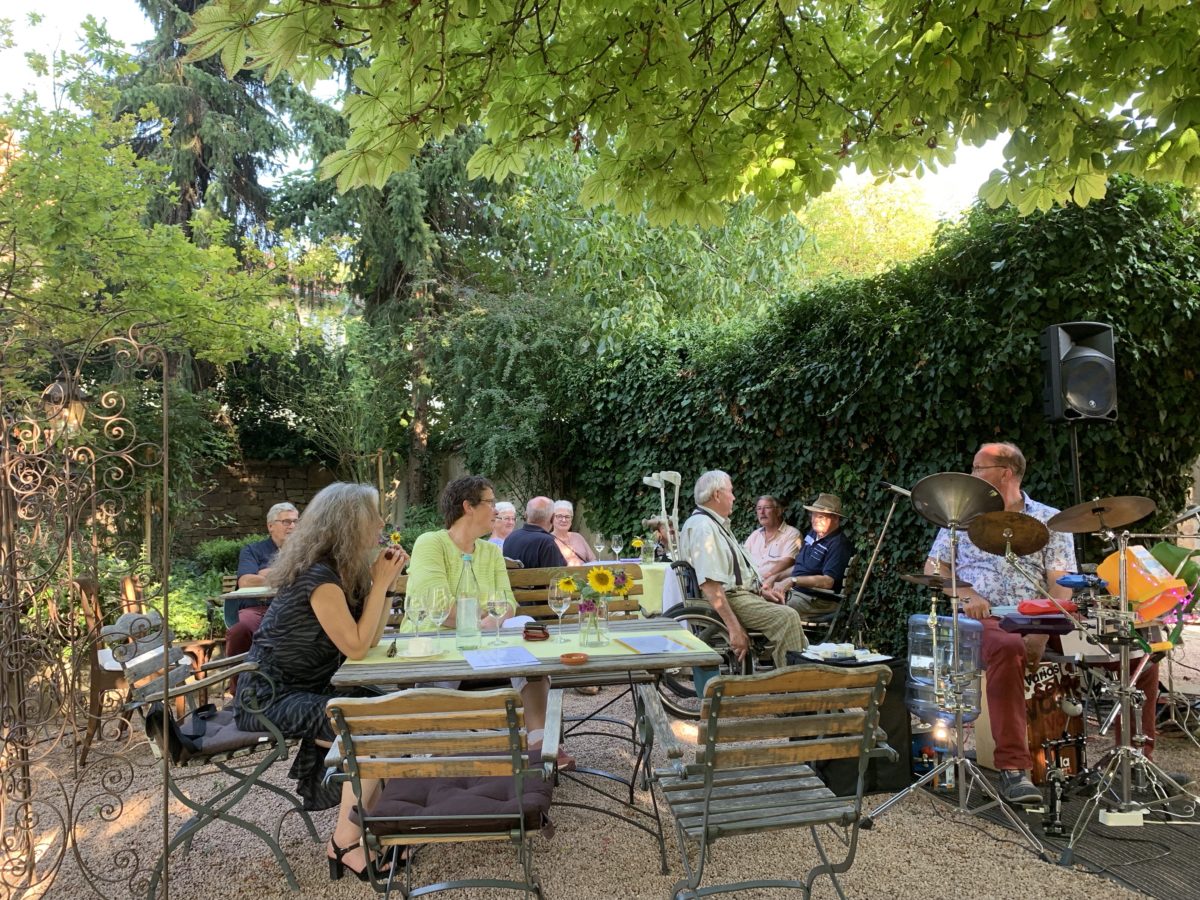 I recently traveled with fourteen wine journalists and industry professionals to Rheinhessen Germany, one of my favorite wine regions in Germany!

We soaked up Weingut Wagner-Stempel (wine festival in Siefersheim), attended a master workshop on the “Top Terroirs of Rheinhessen”, indulged in pinot noir tasting with local producers, along with other pleasant vinous, gastronomic and cultural surprises. The five-day program also took us to wineries in and around the heart of the region.  We were in the accompaniment of Ulrike Lenhardt and Ernst Buscher of The German Wine Institute, and Romana Echensperger, MW.

The following day we attended Winzerkeller Ingelheim to attend a Pinot Noir tasting with local producers. 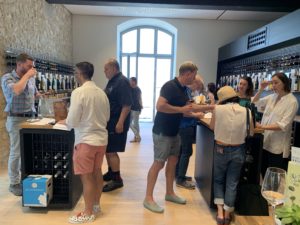 This historic building epitomized Ingelheim’s history as the “red wine town”. Winzerkeller Ingelheim has just finished a three-year renovation project and we were lucky to visit it, upon its completion! Winzerkeller Ingelheim is not only home to a local vinotheque of 24 Ingelheim winegrowers, it’s also a distillery, restaurant, and a tourist information center. 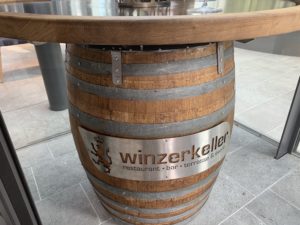 We participated in a Pinot Noir tasting with the following wineries:

Next on our visit was the wine festival in Siefersheim “Tage der offenen Weinkeller”.  Here we visited local wine cellars, tasted regional culinary specialties, and sipped some wonderful Rieslings. 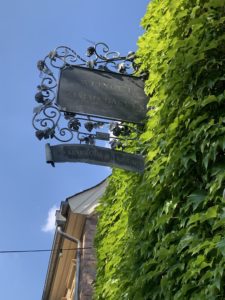 Siefersheim is a village southwest of Bad Kreuznach, in Rheinhessen This quaint village has a population of 1,300 and it lends its name to a number of vineyards, two of which, Heerkretz and Höllberg, are highly regarded sites with VDP classifications. Of the district’s 628 hectares, 172 ha are under vine, with Riesling occupying the bulk of the vineyards.

On our next stop we visited Weingut Thörle, which is in the village of Saulheim. Saulheim is located in the north-eastern fringes of Rheinhessen. Thörle is a family-run estate since the 16th century and is regarded as one of the best producers in the region.

Now leading the winery are two brothers Christoph and Johannes. They tell us that their focus is mainly on Riesling, Silvaner, Pinot Noir and Pinot Blanc. The vineyards are managed organically, and the estate has taken a biodynamic direction. The Soils are also varied with light clay, limestone, red sandy loam with some flint and schist. In our conversation, we learn that they obtain their distinctive, sappy Riesling characteristics and delicate Pinot Noir from the calcareous limestone-soils of Saulheim’s single vineyards Hölle, Schlossberg and Probstey.

Their wines are full of character, possess a depth of flavor and boast a high potential for maturing. Thörle’s wines have received international acclaim by leading wine guides and critics, as well as been selected by first-class airline wine programs.

At the end of the day, we attended a grand tasting at Weingut Hoffmann and Weingut Willems-Willems Estate. 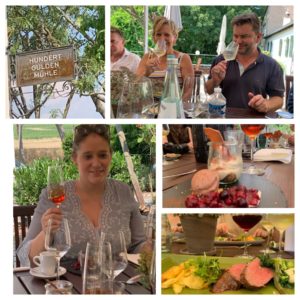 Weingut Hofmann is jointly led and owned by the winemaker couple Jürgen Hofmann and Carolin Hofmann. This couple have taken over their families’ wine estates, Jürgen in 1999, and Carolin in 2001. Since 2006, both wineries have come under one roof, hence the two names: Weingut Hofmann in Weingut Willems-Willems.

Weingut Hofmann was founded in 1971 in Appenheim, when Jürgen’s parents converted their mixed agricultural operation into a winery  Jürgen pushed winemaking at Weingut Hofmann to new levels, by investing into new wine cellar equipment, focusing on the best vineyards, and planting new grape varieties, as well as built an ultra-modern winery including a tasting room.mHofmann’s 14 hectares. vineyards are limestone based.

Jurgen produces Riesling as well as Sauvignon Blanc, Pinot Noir and Silvaner. His Rieslings and Sauvignons that really wowed me. The limestone dominated soils surrounding Appenheim in his Riesling burst with stony spice and minerality. Aromas of dried apricots and exotic spice dance hand in hand in a racy yet breathtakingly elegant tango.

Jurgen’s Sauvignon Blanc grapes are harvested sequentially from multiple sites (as each vineyard reaches its own optimal ripeness). Tasting notes include notes of gooseberry, elderberry, and green asparagus blend with a tropical breeze reminiscent of the variety’s origins. 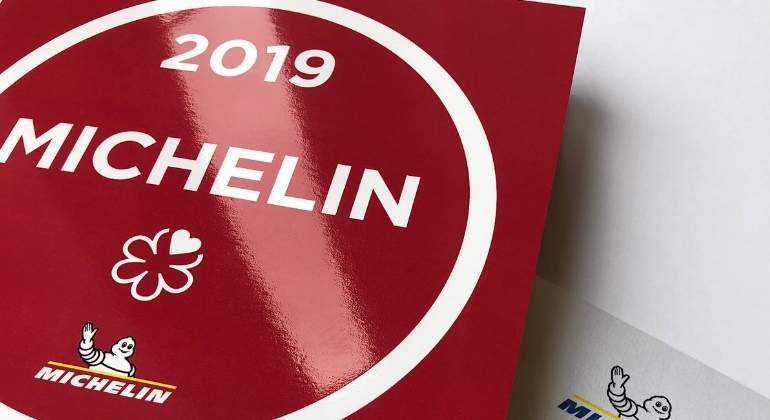 Michelin bought a 40% stake in the Wine Advocate back in 2017 and their full commitment to expanding into wine was realized this year. Nicolas Achard, CEO of Wine Advocate and as Managing Director of Michelin Experience Asia, announced last Friday in New York, with respect to full ownership, “We got to know each other for the past two years before we decided to complete the acquisition and we realized that Michelin and the Wine Advocate had the same culture in regards to the importance of their independence [from the restaurants/hotels and wineries they are reviewing].”

Achard further states that both companies also follow a rigorous methodology when it came to giving Michelin stars or Robert Parker Wine Advocate scores.  He goes on to say “Leading RPWA’s passionate teams is not only thrilling, but also an incredible opportunity to combine the strengths of the Michelin Guide and The Wine Advocate.”

The full integration would ensure, “long-term synergies between oenology and gastronomy through the pursuit of experiences based on food and wine pairing, as well as the creation of new digital content and services”. 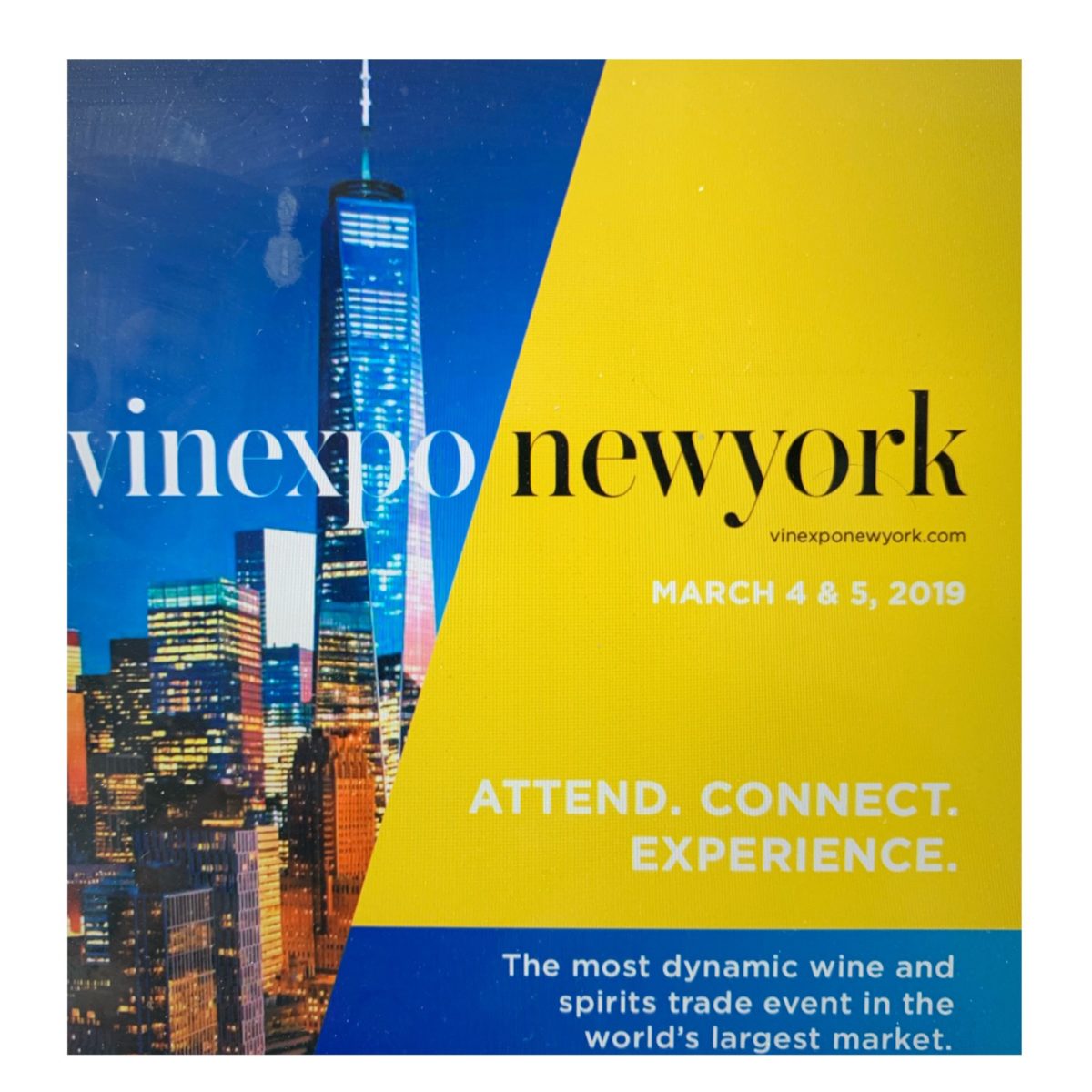 Mauro Colagreco’s Mirazur, a French Riviera restaurant with a backyard farm, has been named the World’s Best Restaurant. This is the first time a French restaurant has ascended to the top of the rankings since 2002. Mirazur, located right by the border with Italy, is known for its salted beetroot with caviar cream, and for its unparalleled views of the Cote D’Azur.

“This recognition from my esteemed colleagues and peers is a great honor. It recognizes the trajectory of my life from Argentina to the Riviera that welcomed me so warmly 19 years ago. I am overjoyed to bring this award back to France”, said Colagreco.

“I am from so many influences but above everything, I am a cook and I love to cook. My food is from my heart and I love to share it with my guests. From all of us at Mirazur, thank you – we are all celebrating tonight,” he added.

The votes were submitted by over 1,000 food writers, critics, chefs, restaurateurs and industry experts from 26 regions from around the world.

Colagreco creates modern, delicately flavored dishes made with local seasonal ingredients.
Mauro Colagreco grows much of the produce on his own farm and sources a lot of his ingredients from the nearby Ventimiglia market, making a hero of both seafood and vegetables. One of his signature dishes is oyster with tapioca, shallot cream and pear.
“I am proud to be one of the representatives of a new French kitchen that lives to the rhythm of all the influences of the world. I am not French, but I have made French cuisine my passion; it is so beautiful and so refined.

“I believe in mixing, combining and celebrating all influences. I am pleased to be able to open my kitchen to different inspirations,” he said.

Mauro Colagreco cut his culinary teeth in Buenos Aires, moving to France in 2000 to work at the Lycée Hôtelier de La Rochelle. A year later his big break arrived when he worked as an apprentice under Bernard Loiseau at Cote d’Or. He then went on to work with some of the biggest names in French cooking, including Guy Martin, Alain Passard and Alain Ducasse.
Branching out in 2006, he opened Mirazur in the grounds of a 1930s villa surrounded by orchards and gardens close to the French-Italian border. The restaurant received its first Michelin star less than a year after opening and now boasts the top accolade of three stars.

Here is the official list of the “World’s 50 Best Restaurants 2019” which were announced last night in Singapore: