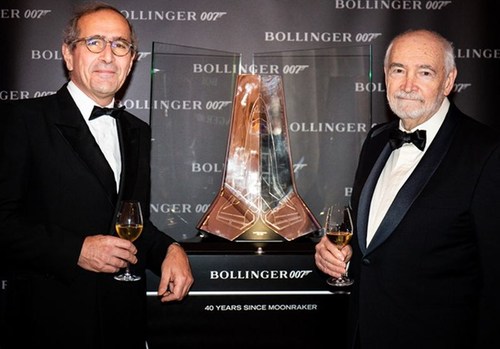 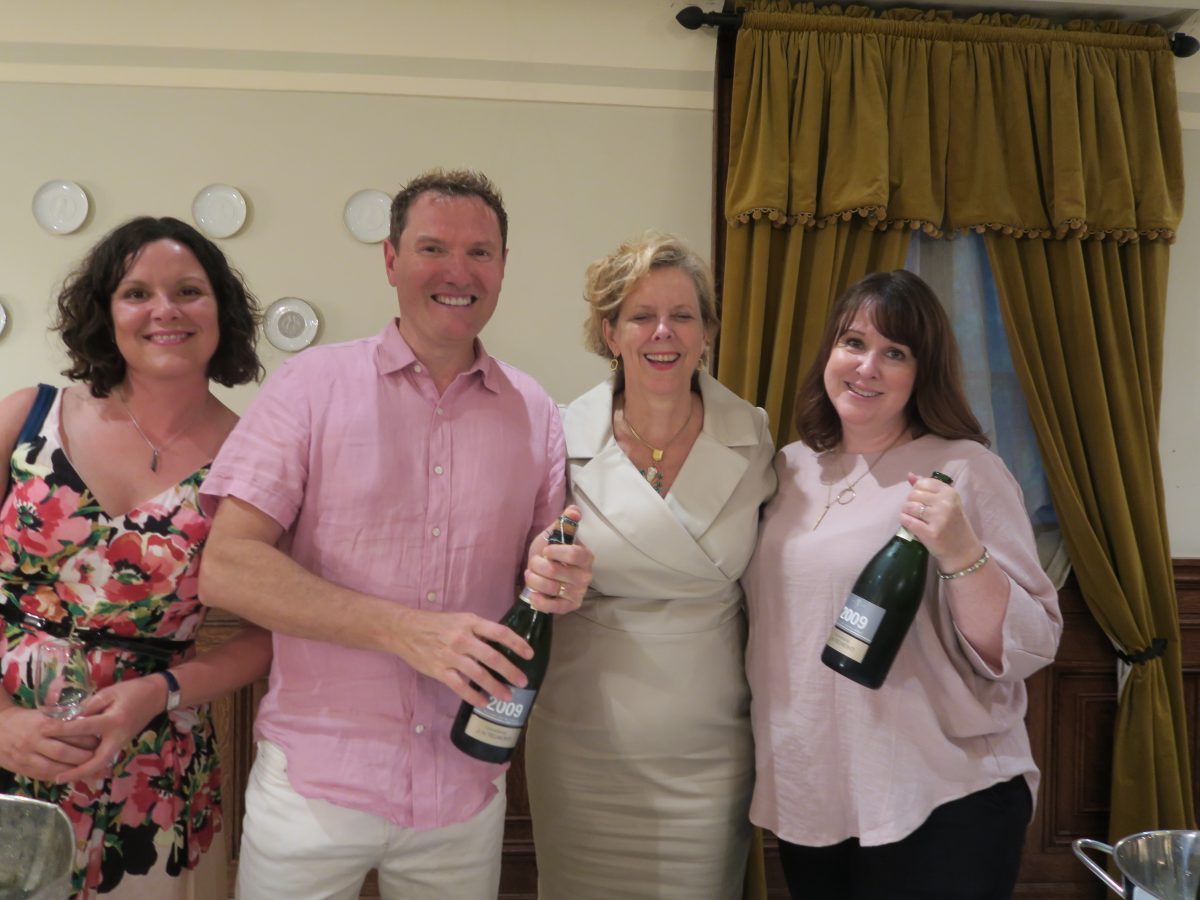 It was a culinary evening of magic, from the moment I arrived at the private home in Oakville, I knew that a night of elegance and celebration was ahead!

It was an honour and privilege to participate in this event as the “Special Guest” speaker, to discuss my book “The Ultimate Guide to Champagne” and personally sign 40+ copies.

The event was well-organized by Christian Frayssignes, Dale and Jim Egan and catered by Kerr St. Café, Oakville.

60 members and guests had the opportunity to taste six champagnes, personally selected by cellar master Christian Frayssignes and Liz Palmer to pair with specially designed and prepared by Kerr St. Café, Oakville, while listening to jazz and blues tunes by pianist Rob Roland.

I want to thank The International Wine and Food Society-Oakville for an extraordinary evening and in particular President, Christian Frayssignes and hosts Dale and Jim Egan.

And a special thank you to Esprit du Vin, Tod Warner and Kathryn Taggart Braneff!

Author of “The Ultimate Guide to Champagne”

I’m honoured to announce that my book “The Ultimate Guide to Champagne” is now available at La Cité du Vin’s “Reading Room” reference library under the category of “Champagne Books”.

La Cité du Vin’s “Reading Room” is an area open to everyone, offering a wide selection of literary, historic, artistic and anthropological works relating to the world of wine. Here you will discover more than 1,200 key works in 16 different languages for reference use.

La Cité du Vin is a unique cultural venue in Bordeaux, France, devoted to wine as a cultural, universal and living heritage. It offers amazing experiences around the world, throughout the ages, and across countless cultures and civilizations. You can book tickets on their website www.laciteduvin.com and onsite.

The book consists of 22 chapters covering everything from the region’s history and viticulture, to tourism information, gastronomy and even health benefits.

The book is recommended for everyone, from beginners to experts. It’s a remarkable point of reference into which any wine-lover or professional can dip in and browse.

The book is available on Amazon.com https://www.amazon.com/Ultimate-Guide-Champagne-Liz-Palmer/dp/0991894634 and private events. 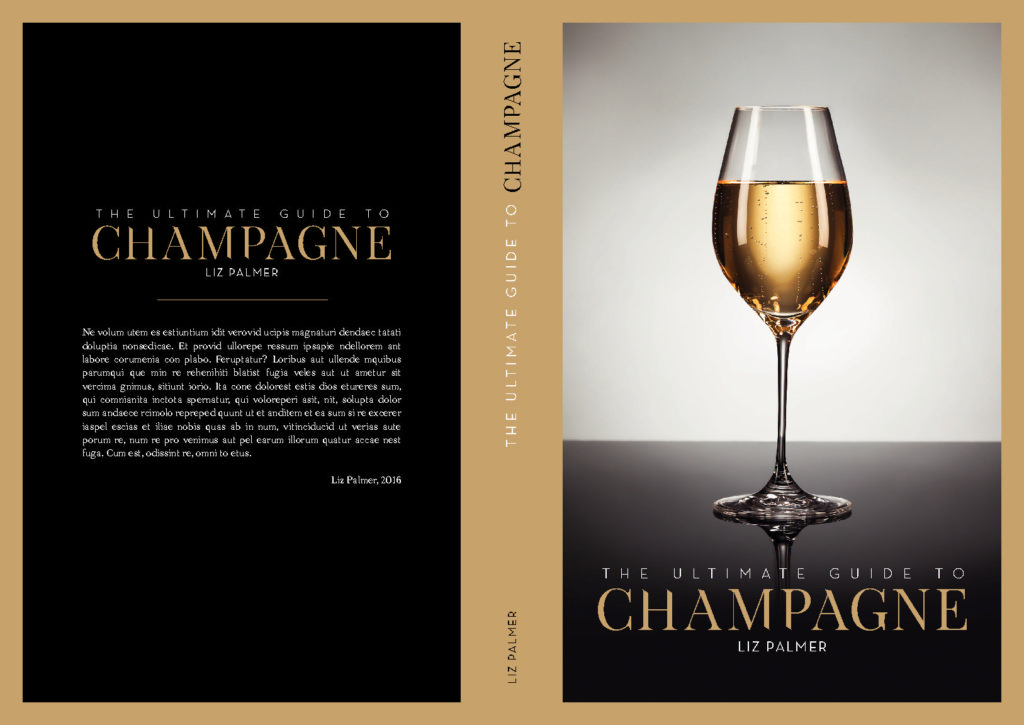 Liz Palmer AuthorOver the last few months I’ve mentioned various awards that my first book “The Ultimate Guide To Champagne” has been up for. Here is some more news I want to share with you!

My book has won the National Award for the best French Wine Book at the Gourmand World Awards 2017.

Saturday, May 27th is the award ceremony for “Best in the World” Gourmand Awards (Wine and Drinks), which is held in China. Here is a list of the French Wine Books participating:

I’m also excited to announce that The Ultimate Guide To Champagne has recently been accepted into the “Taste Canada” Awards under the Culinary Narratives category, with a short-list being announced July 18 via Twitter! Here is a list of books that are contenders for this category:

Flowers, Frankie (Ferragine, Frank).Food to Grow: A Simple, No-Fail Guide to Growing Your Own Vegetables, Fruits and Herbs. HarperCollins, Toronto

Ishii, Caroline.The Accidental Chef: Lessons Learned In and Out of the Kitchen. Author, Ottawa

Le, Stephen.Million Years of Food: What Our Ancestors Ate and Why It Matters Today. HarperCollins, Toronto

Best of luck to all ! 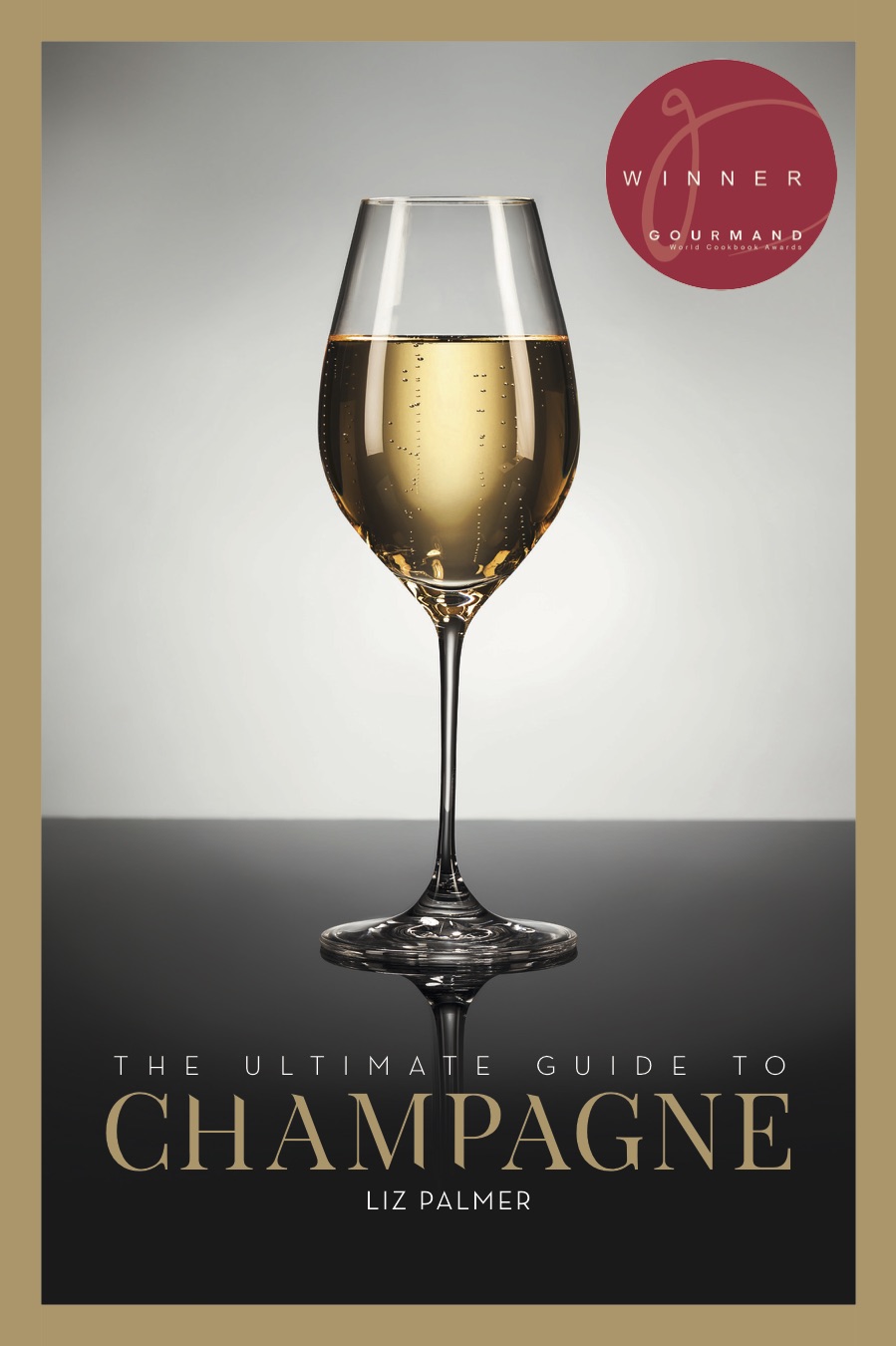 “Congratulations Liz for putting your PASSION for Champagne into life and making it accessible to many people.

Great book, with all what needs to be known about Champagne and getting to appreciate it more, from his history to his making, and demonstrating again that wine (even if it is not still) is always about people and passion!

Thank you for your great contribution to the world of wine and your tribute to Champagne.”