Here are my three recommended pairings (movie/series and wine):

This lush ruby-red Cabernet Sauvignon Merlot blend is berry-driven and the ideal match for this flustery tale of first love.

Tasting Notes:  Seduces you immediately;  rich and expressive aromas of cherry, plum and raspberry that also carry through to the palate with a smooth long finish

“Self Made” PAIRED with 13Th Street June’s Vineyard Riesling 2018

Aromas of lime and wildflowers pairs beautifully with the inspiring confidence and drive of M.C. Walker 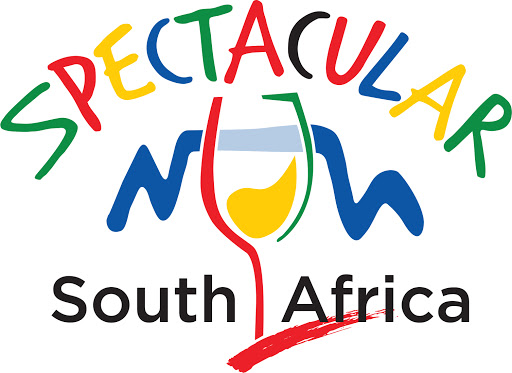 Building towards a virtual tasting of South African wines on Friday 22 May, the campaigns will run across all export markets, encouraging producers and their importers to become involved and support the hard-hit industry.

“In each market we will be encouraging importers, retailers and trade and to come together and get involved in the campaign and supporting the South African category, firstly on May 22, by hosting a tasting, opening a bottle of wine and sharing it on any of their social media channels, video and photos,” says WoSA’s UK market manager, Jo Wehring.

WoSA is keen to build upon the outpouring of support for the country’s producers at a time when lockdown has also been accompanied by a ban on alcohol consumption across the nation, plus a (now lifted) ban on exports of wine.

Dates and themes for the campaigns:

The social hastags include: 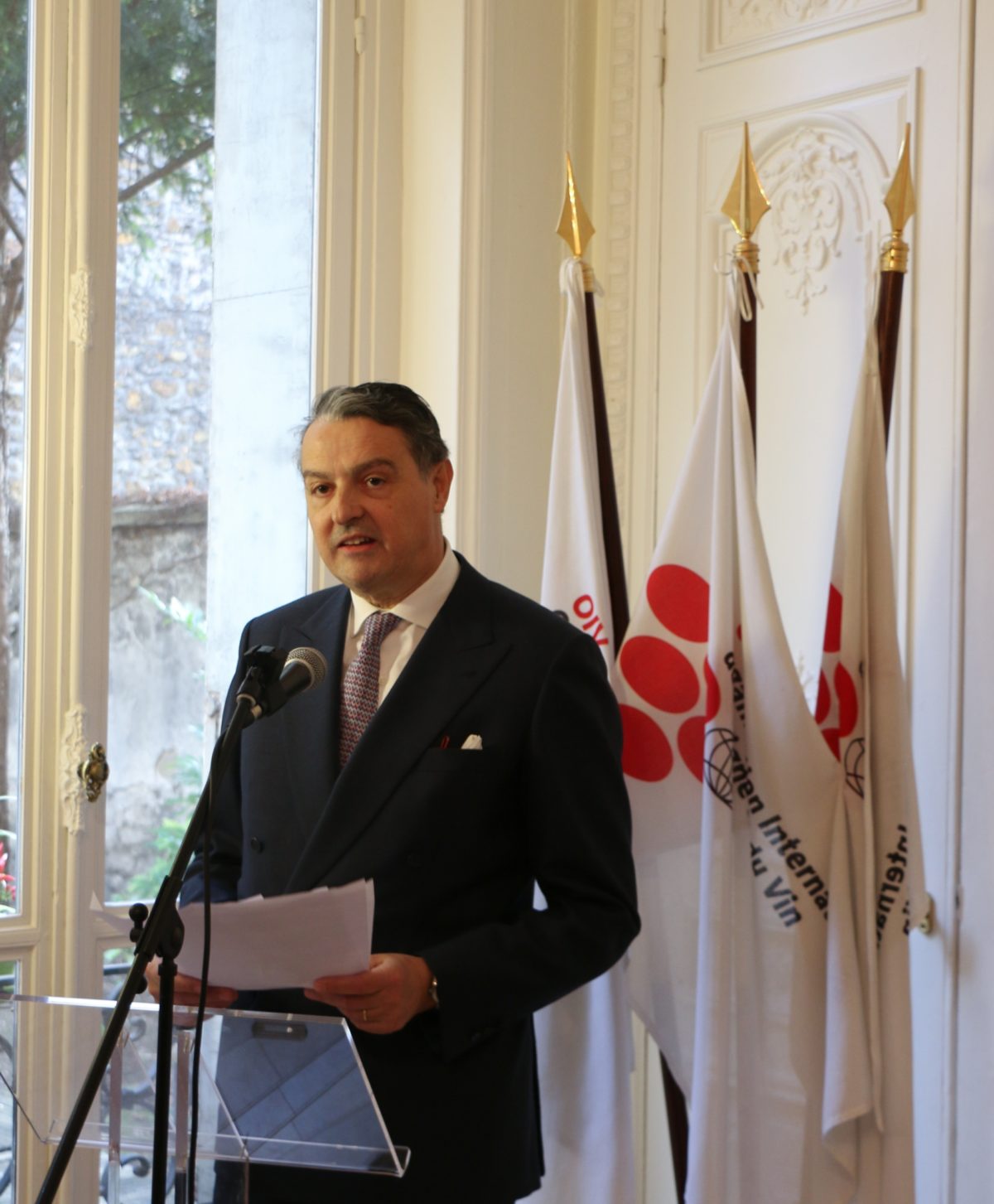 Speaking from the OIV’s [International Organisation of Vine and Wine] headquarters in Paris, by web conference to over 3,000 international wine journalists, and trade, Director-General Pau Roca presented today [April 23, 2020] details of the 2019 wine production, consumption, and international trade. The impact of Covid-19 in the sector was also highlighted.

Here are the important facts and highlights of today’s Conference:

In 2019 the world area under vines, corresponding to the total surface area planted with vines for all purposes, including young vines not yet in production, is estimated 7.4 mha.

Starting with the Northern Hemisphere, overall stability can be observed in the European Union (EU) vineyards, which stands for the fifth consecutive year at 3.2 mha.

In East Asia, after over 10 years of significant expansion, the growth of Chinese vineyard (855 kha), second in the world by surface area just behind Spain, seems to be slowing down.

In the United States, the vineyard has been consistently decreasing since 2014, and its estimated surface area in 2019 is 408 kha.

In South America, developments in vineyard surface area between 2018 and 2019 showed a downward trend for the fourth year in a row.

The only exception in the continent is represented by Peru that increased by 7.1 kha (+17% / 2018) its vineyard surface area reaching 48 kha.

Australia the area under vines remained stable at 146 kha in 2019; while New Zealand the surface area grew by 1.6 % reaching a record-high of 39 kha.

Production back to the average

World wine production, excluding juices and musts, in 2019 is estimated at 260 (259,0) mhl, marking a sharp decrease of 35 mhl (-11.5%) with respect to the exceptionally high volume recorded in 2018. Overall, after two consecutive years that can be defined as extremely volatile, 2019 brings global wine production back to average levels.

In Asia, the new data available for China indicate an estimated vinified production of 8.3 mhl in 2019, marking a decrease of -10% with respect to the already relatively low production level of 2018.

In North America, wine production in the USA is estimated at 24.3 mhl, a decrease of 2% compared to 2018. This slight decline in 2019 does not depend on bad weather conditions or the raging fires that occurred in California (harvest was just before), but it is a response to overcome an oversupply of grapes and wine.

In South Africa, 2019 production reached 9.7 mhl. This represents an increase of +3% with respect to the low volume registered in 2018, but it is still far from the average production levels recorded before the beginning of the drought that heavily impacted the country for three years in a row (2016, 2017 and 2018).

Expansion of the international trade of wine

In 2019 the global value of wine exports is on the sustained growth path started in 2010 reaching a new record high. France was still the most important world exporter in terms of value, with 9.8 bn EUR exported in 2019. There were rises in the value of exports in many large exporting countries like France (+425 m EUR), Italy (+211 m EUR), and New Zealand (+84 m EUR). The largest declines include Spain (-234 m EUR) and South Africa (-73 m EUR).

In 2019 the international trade of wine in terms of volume was mainly dominated by three European countries – Italy, Spain, and France – that together exported 57.1 mhl, accounting for 54% of the world market.

In 2019 the top three importers in terms of volumes were Germany, the UK, and the USA, which together imported 40.4 mhl, reaching 38% of world total. These three countries represent 39% of the total value of world wine imports, reaching 11.9 bn EUR.

China for the second consecutive year saw a significant decline in its imported volumes (-11% / 2018), reaching 6.1 mhl in 2019. In terms of value, the trend is similar, with an overall downfall of -9.7% compared to 2018, reaching 2.1 bn EUR. The only category that increased both its volume (+8%) and its value (+8%) is sparkling wine, although it represents only 2% of the total imported volume.

Early estimates of the 2020 harvest in the Southern Hemisphere

First estimates of wine production in the Southern Hemisphere indicate low expected volumes for 2020 for the majority of countries, with the exception of South Africa and Uruguay.

South Africa seems to continue its recovery path from the drought and expects +5% with respect to last year, reaching 10.2 mhl.

In Oceania, Australia expects a lower production level in 2020 estimated at 11.5 mhl (-4%) due to drought and bushfires while in New Zealand (2.9 mhl, -2%) expectations on wine production are by and large in line with 2019, or just below.

These are preliminary estimates and should be interpreted with caution,  given the current exceptional circumstances.

Impact of Covid-19 in the wine sector

At this early stage the information and statistical data available are insufficient to provide an accurate forecast and anticipate the scenario of the vitivinicultural sector in the future. However, due to communication with OIV members (“Member States”), the OIV has certain qualitative information at its disposal.

The feedback given by the Member States reflects a radical change or transfer between distribution channels. The expected overall balance is a decrease in consumption, a reduction in average prices, and therefore an overall decrease in total sales value, turnover, margins and finally profits of the wineries.

As far as exports are concerned, economies in recession are not a promising market to develop, and during this pandemic, the largest consuming countries have been the most affected. Trade flows may recover along with the economy, but some permanent changes could occur.

Alcohol consumption is also being debated. Messages on the positive effects of wine consumption are totally unacceptable and irresponsible.

The same applies to the issuing, under these circumstances, of general statements or biased messages that are the result of ideological concerns about wine consumption, such as abstention.

The OIV’s work follows the Strategic Plan approved by the General Assembly in October 2019 and covers a 5-year period until 2024. In the current context, the objectives and goals of the OIV go hand in hand with the needs that this crisis has highlighted.

The OIV is the intergovernmental organization of scientific and technical nature of recognized competence for its work concerning vines, wine, wine-based beverages, and other vine-based products. It is composed of 47 Member States. In the framework of its competence, the objectives of the OIV are as follows: 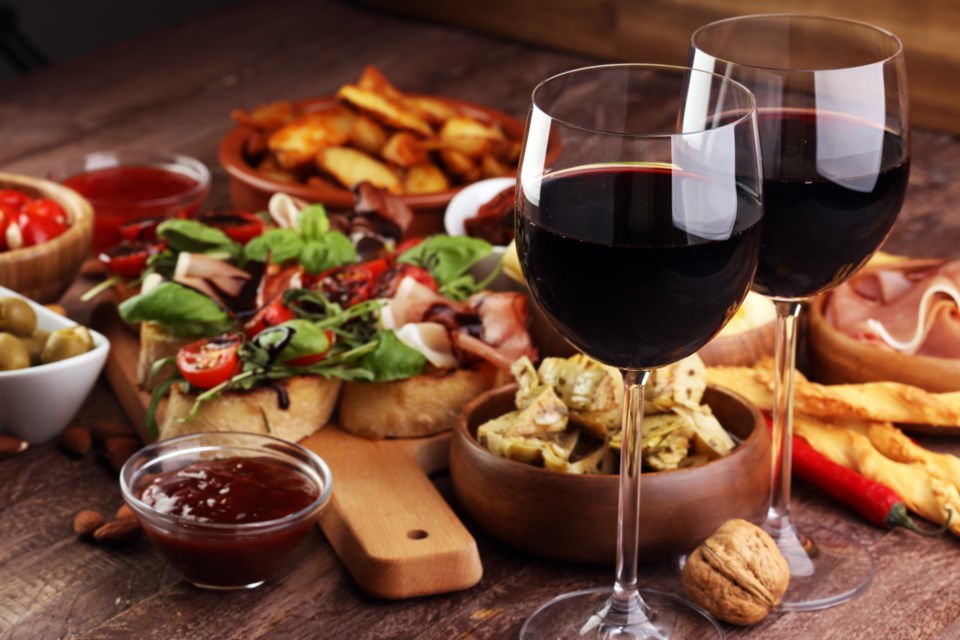 The Alcohol and Gaming Commission of Ontario (AGCO) has announced a number of temporary measures to support local businesses in Ontario that have been significantly impacted by the spread of COVID-19.

Effective immediately, licensed restaurants and bars in Ontario will be allowed to sell alcohol with food takeout and delivery orders between the hours of 9:00 am and 11:00 pm. All active liquor licensees may immediately begin offering this service if they choose and there is no application process or fee required. Liquor may be sold for takeout or delivery through a third party, such as a food delivery service or ordering platform, provided they are acting on behalf of the licensee.

Additionally, the AGCO is temporarily allowing authorized grocery stores and liquor manufacturer retail stores to begin selling alcohol as of 7:00 am in order to support early shopping programs for vulnerable people and to provide greater flexibility to retail stores. The temporary extension of hours also provides greater flexibility for all alcohol retail stores to choose their hours of sale to meet public health objectives. Consumers are encouraged to confirm operating hours with retailers.

The AGCO is also extending by three months the term of all active liquor, gaming and cannabis licences, authorizations and registrations during this extraordinary situation. In all cases, licensees do not need to do anything. Existing licences will simply remain in effect for the extended period, at no additional cost.

“Everyone at the AGCO is concerned for the individuals, families, businesses and communities affected by this virus. We are working closely with the Government of Ontario to find ways of supporting Ontarians and the sectors we regulate during these challenging times” states Jean Major, Registrar and CEO, AGCO. 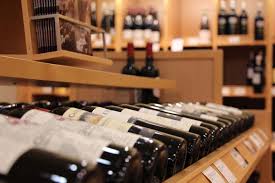 Housed on the main floor of the Steele Briggs Seed Company building, a Toronto heritage landmark, the space has been converted into one of the most impressive and enticing stores to-date. Located in the vibrant King West district, the new store serves the growing areas of Queen Street West, King Street West, the Entertainment District, and the Waterfront District.

The in-store features include:

Same Day Pick Up: The new location offers the Same Day Pick Up service, where customers have the option to place orders online at LCBO.com and visit one of the designated stores for pick up within hours of ordering.

Tasting Bar: A walk-around tasting bar in the Vintages section is a learning hub for year-round events and tastings, offering engaging experiences and opportunities to interact with makers, brand ambassadors and special in-store appearances.

Product Expansion: The new store is expanding the product offering, with over 1,900 products available for purchase with a large focus on VQA and Ontario Craft Brewer products for customers to bring local home.

Spirits Shops: Along with the established Whisky Shop, the store features the newly launched rum, gin and tequila shops with over 40 new, exclusive or premium selections.

49 Spadina by the numbers: