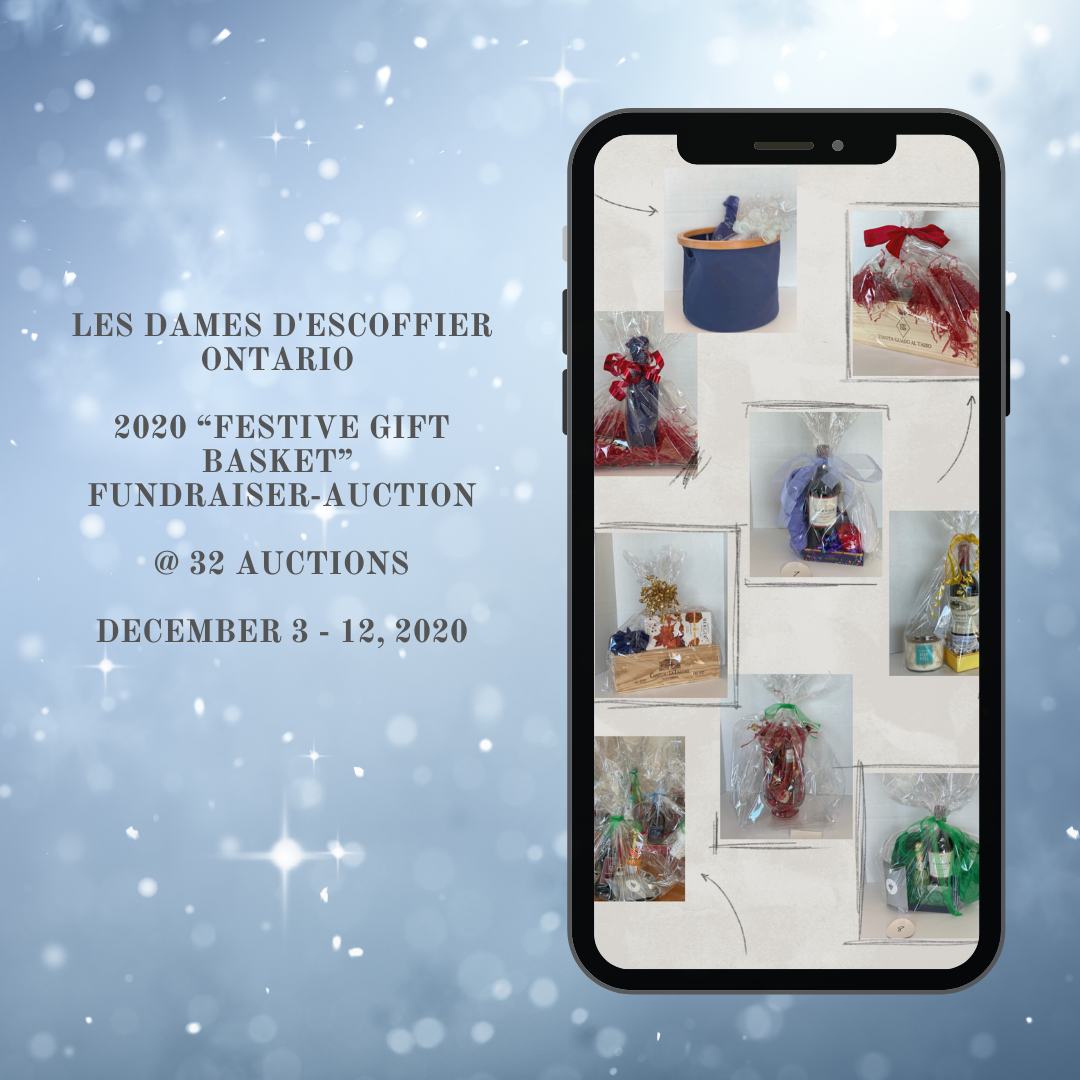 We have 23 “Holiday Gift Baskets” to be auctioned off !!

Items have been donated by members, partners, and Women in Wine Talks participants.

We are part of a philanthropic organization of women leaders in the multifaceted fields of gastronomy, fine beverage and hospitality. Our by-invitation membership is composed of over 2,400 members in 43 chapters including: United States, Canada, the United Kingdom, France and Mexico.  We create a supportive culture in our communities by sharing knowledge, supporting members, and providing leadership, educational opportunities and philanthropic events for the community-at-large.

Thank you for your support – It’s time for Holiday shopping! 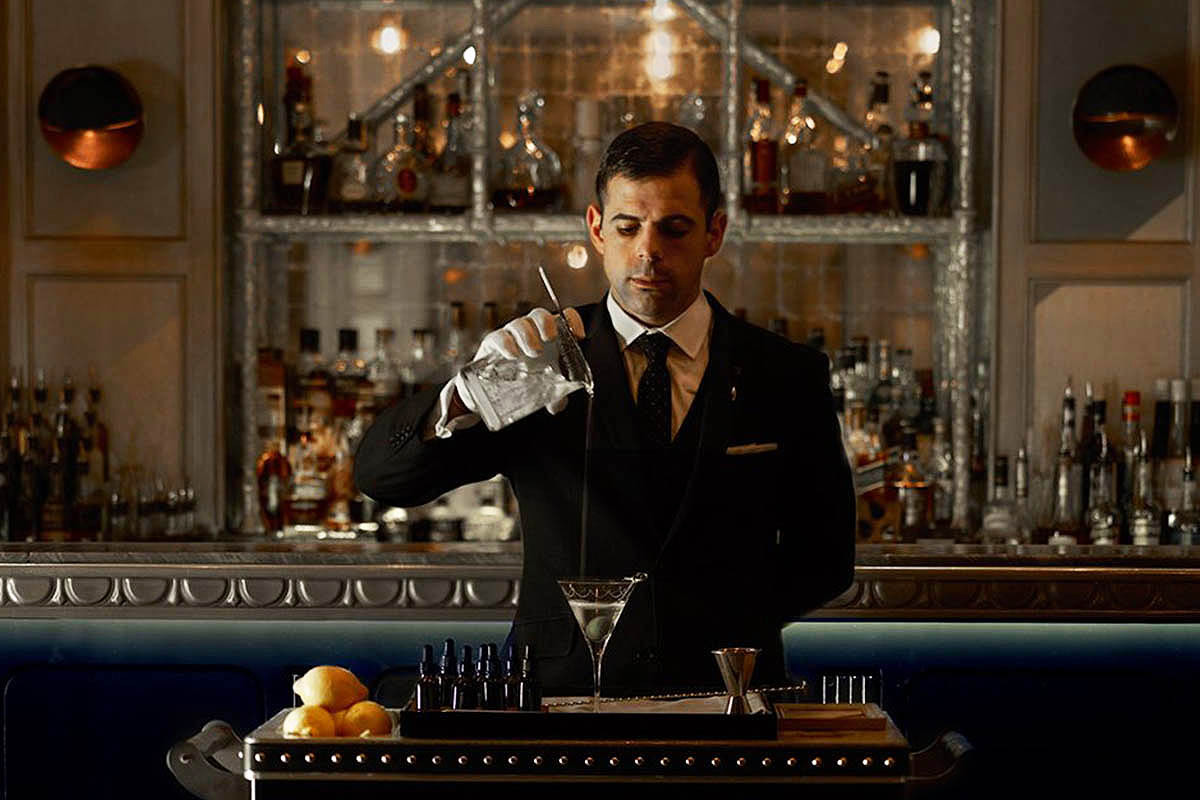 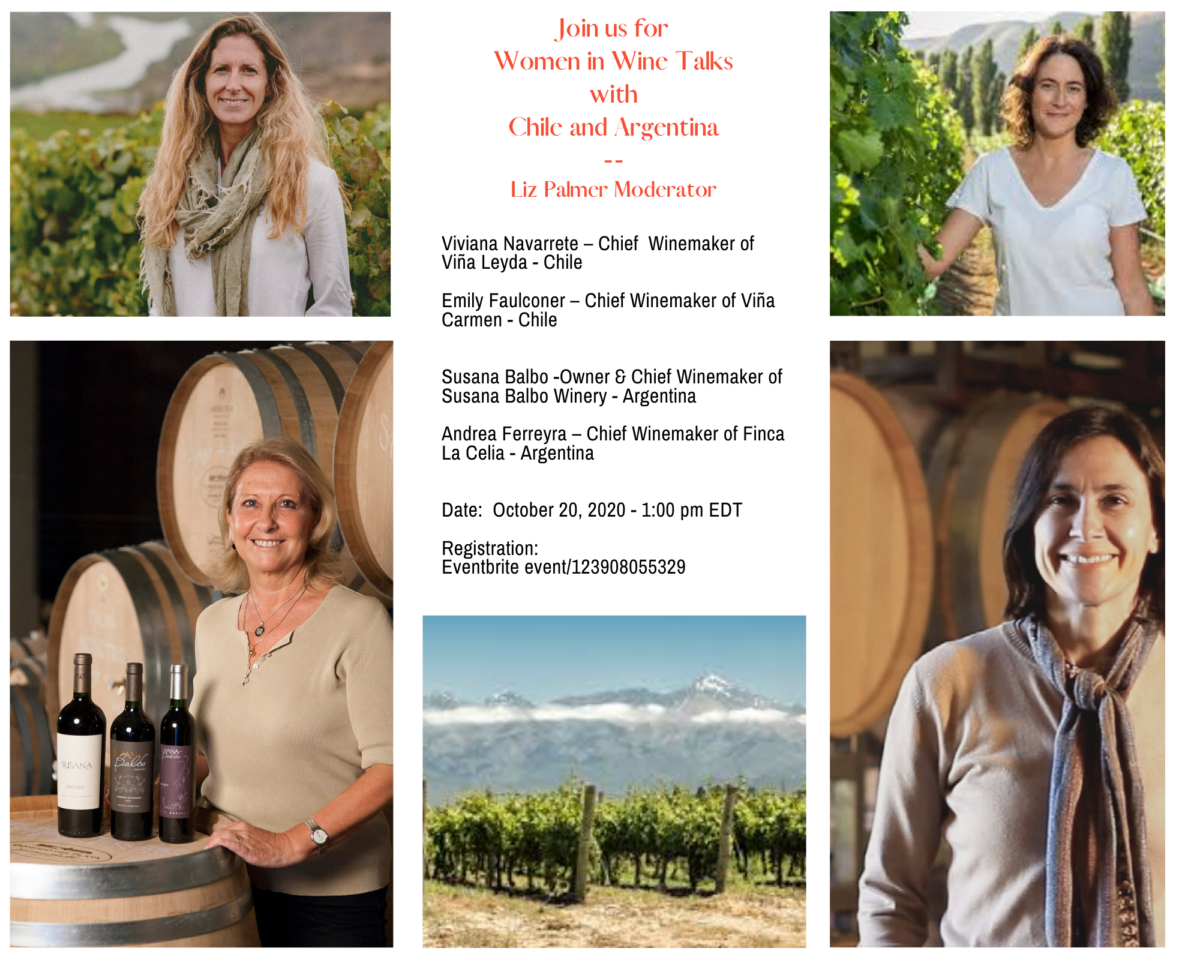 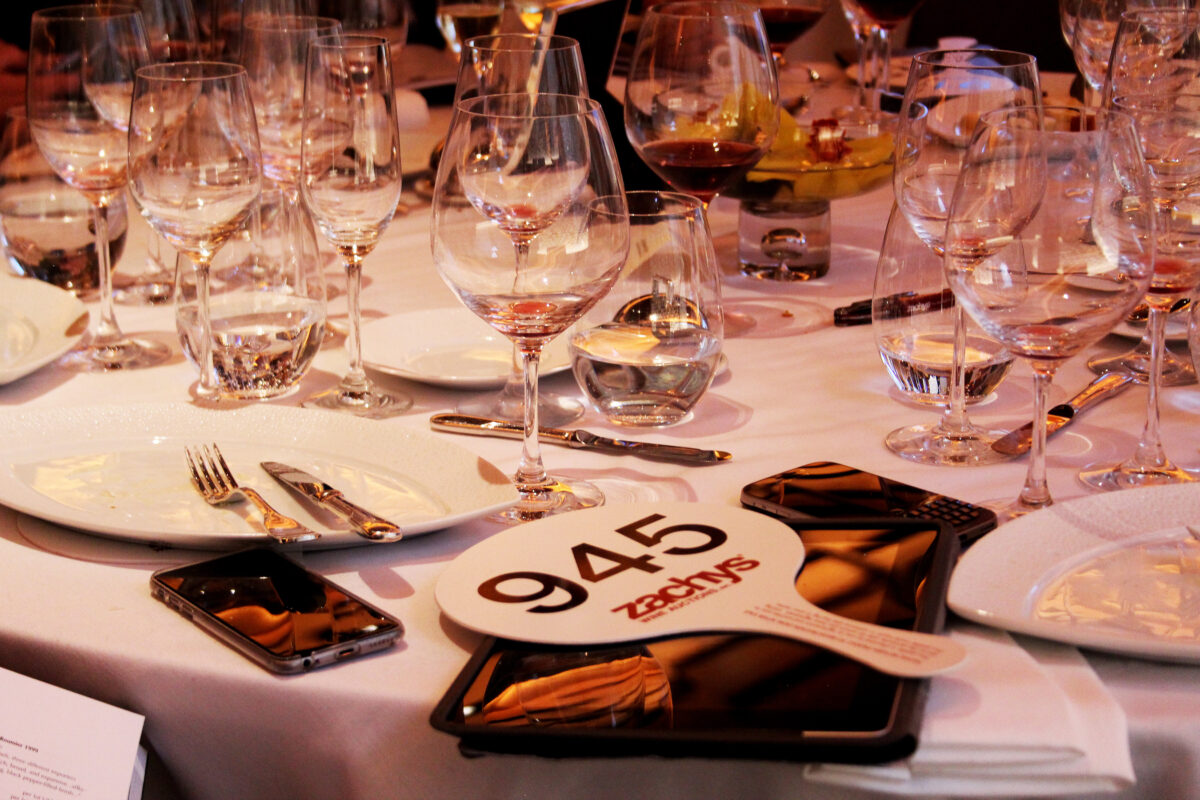 After decades of auctions in New York and Hong Kong, the world’s leading wine auction house, Zachys, hosted its first European auction in London via livestream, on 12 September 2020. In a great success by any measure, the auction was sold out and realized £3,153,952. The wines and aquavit in the auction were from the legendary cellar of three-Michelin-star Enoteca Pinchiorri in Florence, Italy. The sale included Coche-Dury, Rouget, Dujac, Ramonet, Leflaive, Jayer, Liger-Belair, DRC, the First Growths, Pétrus back to the 1920s, Le Pin, Yquem back to the 1920s, Masseto, Ornellaia, Krug, Chave, an amazing collection of Italian aquavit in beautiful hand-blown Murano glass, all curated by the restaurant’s owner Giorgio Pinchiorri. The auction was live-streamed from Zachys’ home office in New York, by Zachys President Jeff Zacharia and Head of Auction Sales Charles Antin, while bidders logged in from home, along with intimate get-togethers in Stockholm, Geneva, Beijing and at Cabotte Wine Bar and Restaurant in London. Bidders from 20 countries, including the UK, US, UAE, China, Hong Kong, Israel, Switzerland, Sweden and Monaco, all vied to take home a piece of vinous history. The 864-lot auction featured 2,507 large formats including nebuchadnezzars, methuselahs, jeroboams, magnums and was 100% sold. 26% of the auction, or 226 of the lots, set new World Records, and an astonishing 55% of the lots set European Records, despite this being Zachys first auction in the UK. The top World Records include:

In March 2020, as Covid-19 forced bidders to stay at home, Zachys quickly transformed into a digital business and was the first major auction house to offer its live auctions fully online, allowing clients to bid from anywhere globally. Despite COVID-19, Zachys has had its busiest first half-year ever, overreaching projections with over £34 million in year-to-date auction sales. Since the start of the pandemic, all live auctions have taken place through Zachys’ “Studio Sales” live-streamed, sometimes with over 150 people in the “virtual room,” watching the auctioneer from New York. Zachys even carried out a Hong Kong sale on EST, which took place 10pm-4am. Zachys’ global team hosts now-famous bidding parties, where potential buyers in Beijing, Shanghai, Stockholm, London, Hong Kong, or elsewhere can get together in small groups, enjoy a glass of Burgundy, some fine dining, and bid in real-time. The “Studio Sales” have made Zachys auctions more accessible as bidders are no longer required to attend in person. Zachys has offices in New York, Los Angeles, Napa, Washington DC, Hong Kong, Beijing, Shanghai, Stockholm and Paris. London, the historic centre of wine buying and trading worldwide, was the obvious choice for Zachys’ new European hub. Zachys’ presence in the UK capital is a key piece in a global expansion strategy that ensures the company’s global clientele will receive the same level of service regardless of time zone. Christy Erickson, Head of Europe, Zachys said: “We’re delighted with the results of our European debut. We were coming into the auction against a backdrop of global uncertainty due to the ongoing pandemic, but since wine auction sales in 2020 thus far have exceeded our January projections, we decided to forge ahead. And we’re glad we did: this auction shows that the fine-wine auction industry is still booming, and our buyers’ appetite for quality shows no sign of slowing. We’re thrilled to have set a 226 World Records and achieve over double our pre-auction estimate for this collection. We can now look forward to three more sales in New York and Hong Kong in September, three auctions in New York in October, and then we’re back in November for our second sale in London.’’ In addition to its upcoming auctions in New York and Hong Kong, Zachys will follow up the London auction with a multi-vendor sale in the city in November 2020. Visit the auction calendar here: http://www.zachys.com/auctions.

This event is scheduled for

Shari Mogk-Edwards (Canada) and Filippo Magnani (Bolgheri) will modulate the discussions between Albiera Antinori and Priscilla Incisa della Rocchetta. You will learn about the amazing story of their families, the Bolgheri territory, and its wines.  This is not to be missed!

Albiera and Priscilla, two women representing two historical and renowned Italian wine estates in Bolgheri, producing the iconic wines Guado al Tasso and Sassicaia. Nowadays, these two women together with Cinzia Merli from Le Macchiole winery, are also guiding the direction of the Board of Consorzio DOC Bolgheri and will discuss the vision of this wine appellation and territory.

Filippo Magnani, one of the top global Italian wine travel experts in Italy, will provide an overview of Bolgheri as “the hidden gem of Tuscany”, and why Bolgheri should be the next wine destination for both wine enthusiasts and wine professionals.

Shari Mogk-Edwards is the founder of Shari’s Picks Consulting. Her career spans 36 years with the world’s largest single buyer of beverage alcohol – the Liquor Control Board of Ontario. As a former VP and head buyer at LCBO, Shari Mogk-Edwards tasted and selected wines and spirits from around the world. She developed Shari’s Picks and now makes wine recommendations. www.sharispicks.ca

We look forward to seeing you.