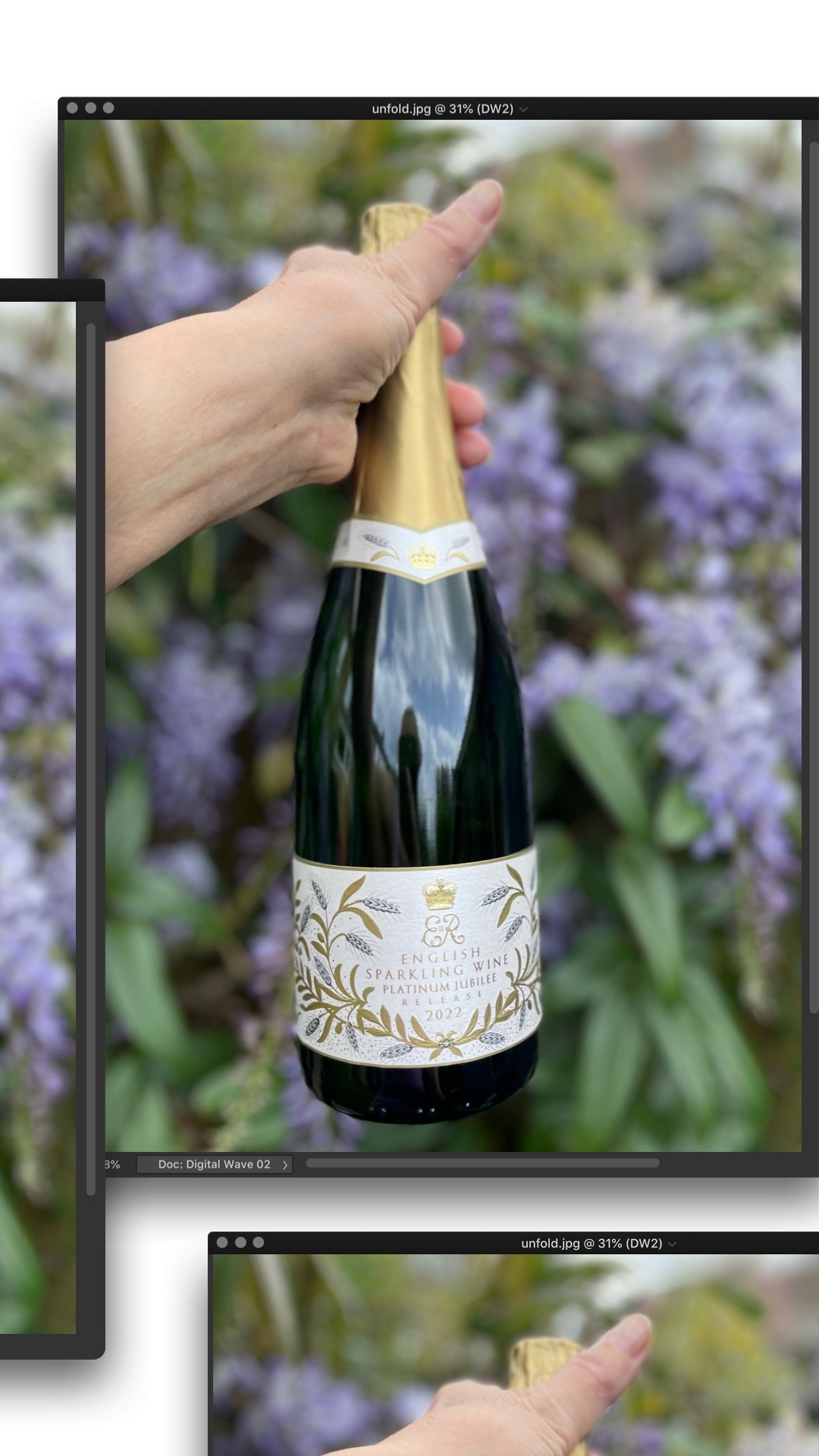 The label features a design based on the embroidery of Queen Elizabeth’s Robe of Estate worn during her coronation, and the “EIIR cypher is surrounded by golden olive leaves and ears of wheat to symbolize peace and plenty.” The wine is a blend of Chardonnay, Pinot Noir, and Pinot Meunier grapes grown in Kent and West Sussex.  Tasting notes: “has enticing aromas of rich and honeyed citrus fruit, white peach and hints of sweet spice.” Apparently, it pairs well with British seafood, fish and chips, and, of course, mature English cheddar.