The “Grande Reserve” is a mix of three vintages, with a blend of the three standard grape varieties: Chardonnay 45%, Pinot Noir 45%, and Pinot Meunier.

The wine does not go through a malolactic fermentation, which is typical of the house style.

This cuvée sums up the Gosset style in its decisive texture and crisp with firm acidity; it shows enticing maturity; it’s well-balance and expressive; great fruitiness and mineral tension.
This is a Champagne to drink now.

Laurent-Perrier has crafted one of the most visually imaginative metal jackets for the holiday season. Recently launched, this limited edition is a reflection of the attention to detail that goes into producing this cuvée rosé.

Undeniably, this cuvée rosé will appeal to Champagne enthusiasts, with a sublime touch to serving this holiday season. 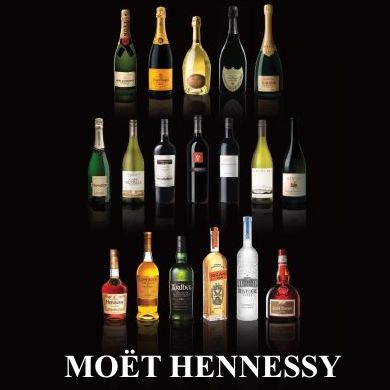 Moët Hennessy Canada announced today the launch of the Luxury Discovery Suite, the first dedicated luxury champagnes, wines, and spirits shopping pop-up experience of its kind. Created in collaboration with the LCBO, this exceptional pop-up experience will be located at the Summerhill location from November 14th to December 8th, 2018.

Accessible to LCBO customers, the Luxury Discovery Suite is a lifestyle destination offering guests an exceptional experience with some of the most prestigious products offered at the LCBO. From everyday essentials to exceptional gifts, customers will discover everything they need to know about entertaining ahead of the busy holiday season with free tastings and exclusive dinners hosted by Moët Hennessy leadership.

“At Moët Hennessy we are always looking for ways to offer our customers exciting and exclusive experiences,” says Alexis de Calonne, Managing Director, Moët Hennessy Canada. “There is something very special about entertaining during the holiday season. We are thrilled to launch the first Luxury Discovery Suite with the LCBO to bring the magic of our brands to customers.”

The Luxury Discovery Suite will open to the public on Wednesday, November 14th and run until Friday, December 8th, 2018. Customers can sign up for exclusive brand tastings and purchase tickets for dinners with House representatives by visiting www.lcbo.com/LDS. Space is limited.

Champagne’s trade share has risen from 1% to 8% by value in the past eight years,

Champagne’s trade share has risen from 1% to 8% by value in the past eight years, with the number of unique Champagnes trading having multiplied in the same time frame, according to a recent report.

The number of unique labels trading has risen from fewer than 20 different Champagne labels traded on the market in 2008 to stand at 140 so far this year, with the market thus having grown in both depth and breadth, stated the report.

The report further indicates that Champagne, which has long been an on-trade favourite, had in recent years also established itself as a key player in the secondary market for fine wine.

“Champagne is a unique product among its fine wine peers. Its distribution network is unparalleled, the environments that it exists in are diverse – restaurants, nightclubs, royal weddings – and brand recognition is stronger than in any other part of the market.’

“Mentions of Dom Perignon will likely spark far more excitement than the top names of Burgundy and Bordeaux among non-wine experts. Champagne, therefore, touches drinkers not typically engaged with fine wine, and on a global scale.”

In addition, the report said the Champagne 50 Index had steadily risen almost every year for the past decade, with no sharp upward or downward movements, having only dipped in one year out of the past ten.

“Champagne has occupied its own niche in the fine wine market, undisturbed by some of the major events that unsettled Bordeaux, and not afforded the level of recent attention that has seen prices of Burgundy spike.”

Non-vintage Champagne accounts for the majority of the region’s production, but the vintage category dominates the secondary market.

“The fungibility and, hence, seemingly endless supply of non-vintage Champagne makes it an unwise investment choice, as supply will never diminish in the same way as for vintage wines. It is for this reason that vintage Champagne accounts for 95% of the region’s secondary market activity.”

In terms of price, all of the Champagne 50 sub-indices have increased over the past 10 years.

Salon, which has declared the fewest vintages, has considerably outperformed the broader index, with a gain of 163%, according to the report, with Philipponnat, Krug and Dom Pérignon having tracked, yet slightly underperformed the Champagne 50, gaining 63%, 60% and 61% respectively.

The Cristal index has risen by 40% in the last decade, with movement predominantly occurring in the past two years.

When it comes to Champagne vintages, age stands out as the most important price determinant. Prices tend to plateau for the first few years after release, then gradually appreciate.

Unlike Bordeaux, critic scores did not appear to impact the price significantly, except in examples of extreme quality. Bottle formats and the colour of the wine (white/rosé) also contributed to its price performance over time, stated the report.

The report also revealed that there was “no hard and fast rule” about how Champagnes in different bottle sizes perform in the secondary market.

At release, larger formats often commanded a 10-20% premium on standard bottles for the equivalent volume of wine. Currently, magnums from the Champagne 50 traded at an average of 50% above their 75cl siblings, rising to just over 100% for jeroboams, it said.

However, market conditions and consumer taste could lead to a “dramatic shift” in the relative value of big bottles.

It was possible to reach two conclusions from this – first, ostentatious displays of wealth had moved on since the financial crisis; second, and “most importantly”, purchasing bigger bottles for investment purposes carried more of downside risk, it said.