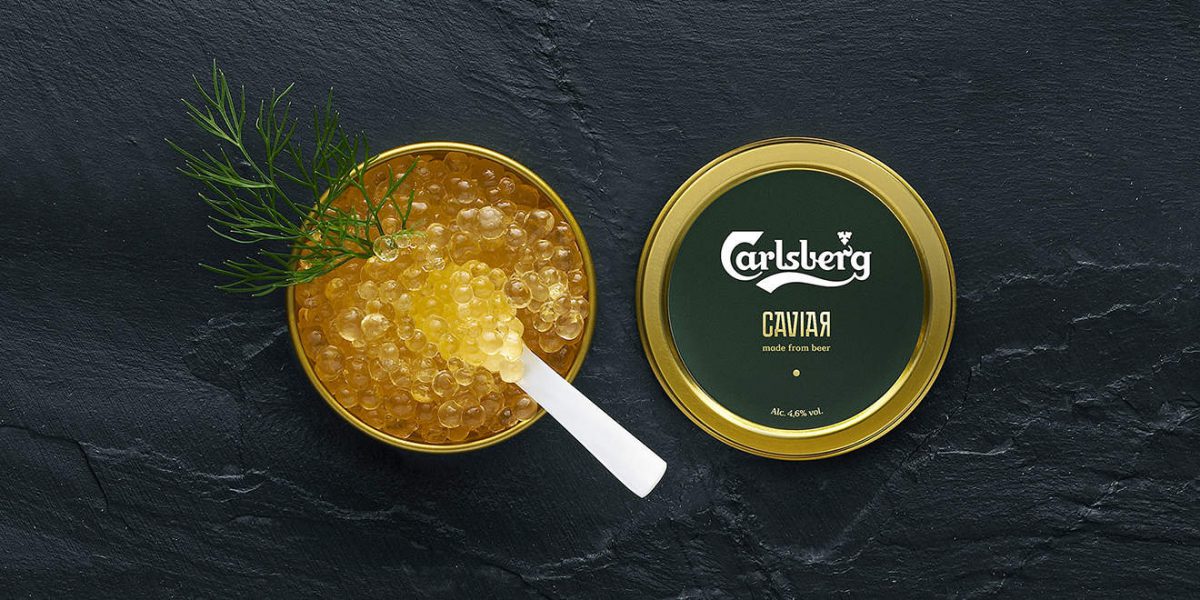 In honor of this year’s World Cup, Carlsberg has created the world’s first beer caviar.

“The last couple of years there has been a trend within molecular gastronomy to develop artificial caviar from natural ingredients with all kinds of flavors. We thought it would be fun to create caviar made from beer to give soccer fans a taste of Russia,” says Danish chef Umut Sakarya, who developed the Beer Caviar along with Carlsberg’s brewers.

Carlsberg is the official sponsor of the Danish national team, and is a beer that the brewery says, “most Danes view as part of their national cultural heritage.” Caviar has always been considered a traditional delicacy in Russia, the host of 2018 World Cup.

Beer caviar combines both cultures into one single dish as a tribute to both countries.