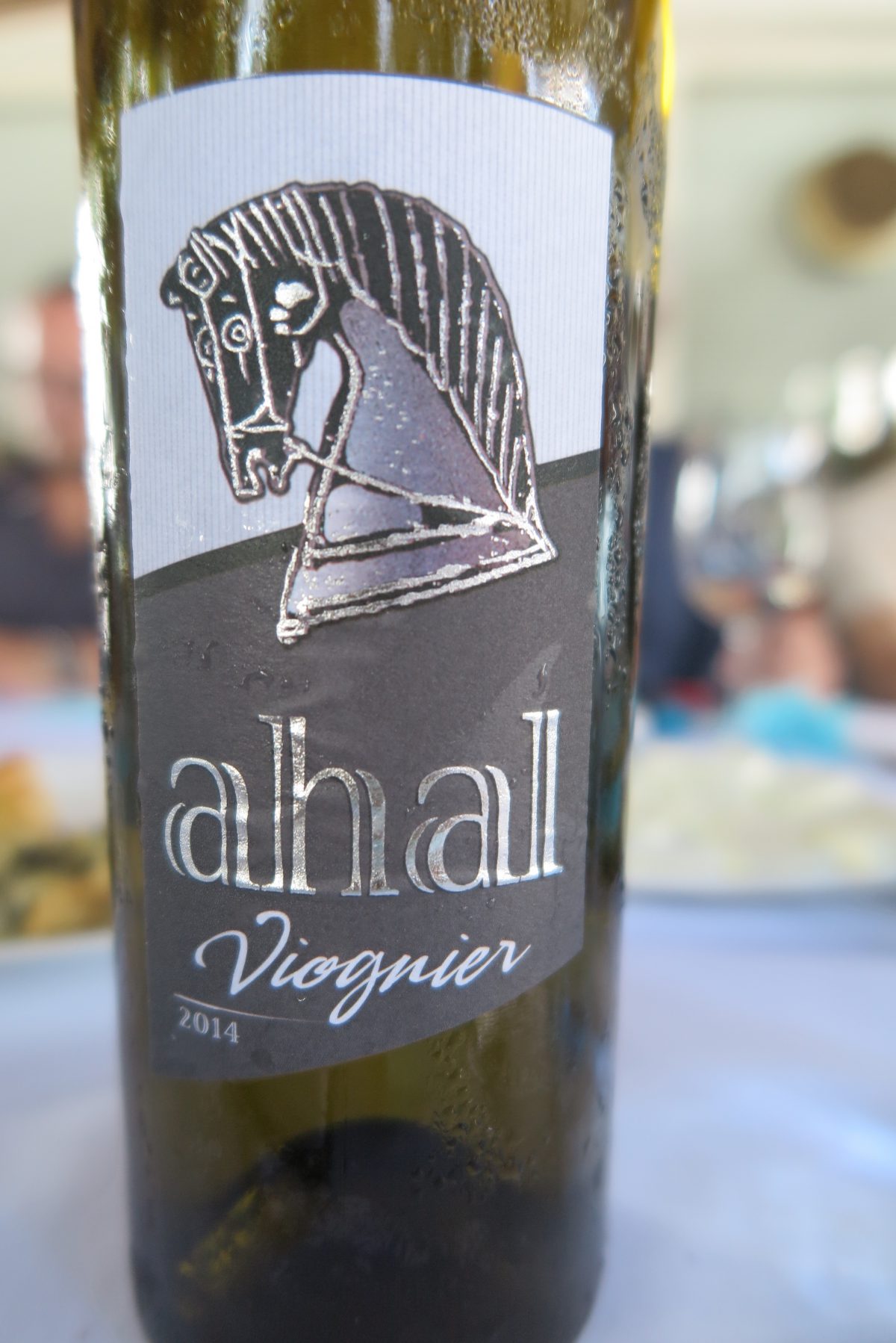 Bulgaria is one of the oldest winemaking countries in the world; this Balkan nation has been stomping grapes since the time of Thracians who were big fans of Dionysus.

With the fall of communism and recent investment and innovation, they’re again immerging on the international markets. Bulgaria has five official wine regions, each with their own microclimates and grape varieties.

Taking in the fertile plains between the Danube and the vast Stara Planina range, this dry, sunny region is home to 35% of Bulgaria’s vineyards – plantings include Chardonnay, Riesling, Sauvignon Blanc and Aligoté, Cabernet Sauvignon, Pamid, Merlot, and the sweet Muscat Ottonel. The deep purple, slightly spicy Gamza is the region’s signature variety.

Running down the coast from Romania to Turkey, this region encompasses 30% of Bulgaria’s vineyards. With long, hot summers and mild autums, conditions are ideal for white varieties including: Dimyat, Traminer, Riesling, Muscat Ottonel, Gewürztraminer and Sauvignon Blanc.

The Valley of Roses (sub-Balkan) region

This small but significant region is home to the village of Melnik. Despite having a population of 400 people, Melnik is a nation-leader in producing strong reds; its signature, Shiroka Melnishka Loza, was a favorite of Winston Churchill. The region’s arid, Mediterranean climate also makes it ideal for Cabernet Sauvignon and Merlot.

This region – south of Stara Planina and extending to the Sakar Mountain – produces one of Bulgaria’s most famous wine grapes: the red, spicy Mavrud. Other ripper reds include Merlot, Cabernet Sauvignon, Red Muscadine and Pamid. The Bessa Valley sub-region has serious vintage: wine has been produced there (by the Dionysus-doting Thracians) since the 5th century BC.

There are over 37 mountains in Bulgaria with most of them in the south. Our next appointment took us to Sakar Mountain which is in the southeast. Between four mineral-rich rivers: Maritsa, Tundzha, Sokolitsa and Sazliyka and close to the borders of Greece and Turkey, there has been an increased concentration of aspiring newcomers. These new producers are seriously concentrating on bigger reds like Cabernet, Syrah and Mavrud and Merlot.

After another lengthy and fun bus ride, we came to Chateau Kolarovo, which is housed in a former Soviet warehouse. The facilities are very basic. This boutique winery was founded in 2009 by businessman and horse lover Stoyan Stoyanov.

Chateau Kolarovo currently has 12 ha of old vines in cultivation, manly red varieties. Founded six years ago this small winery now produces 40,000 bottles annually. Since its first vintage in 2009 Chateau Kolarovo has won many international awards including two recent Decanter awards this summer for Cabernet Sauvignon 2011 (Silver) and Ahal 2011 (Highly Recommended). We learned that the “Ahal” wines were named after a Bulgarian horse breed that is bred for long-distance racing – hence the logo. 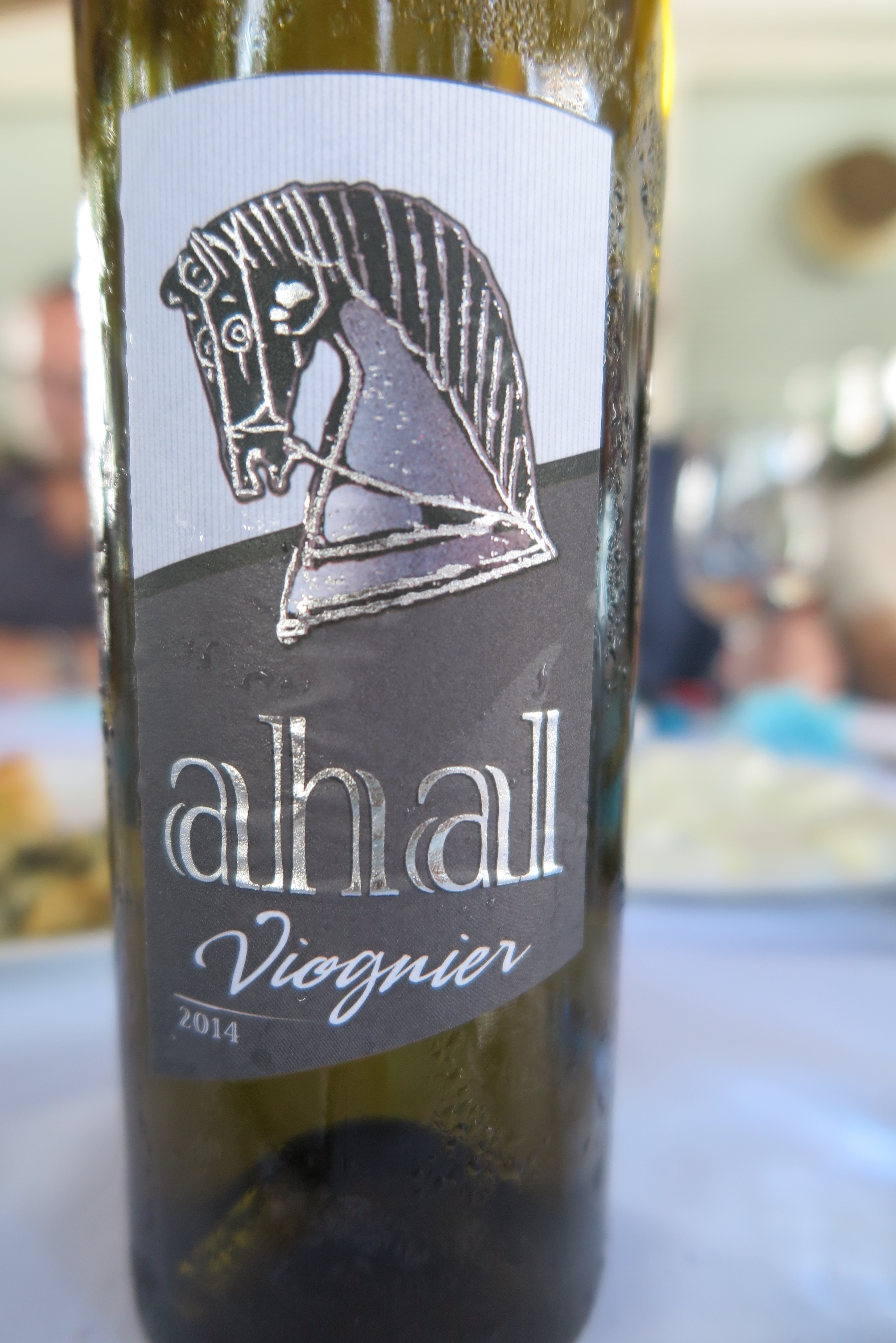 We had an informal tasting and lovely regional-style lunch outside in the garden area, led by winemaker Iliana Koeva and Stoyan Stoyanov’s son. 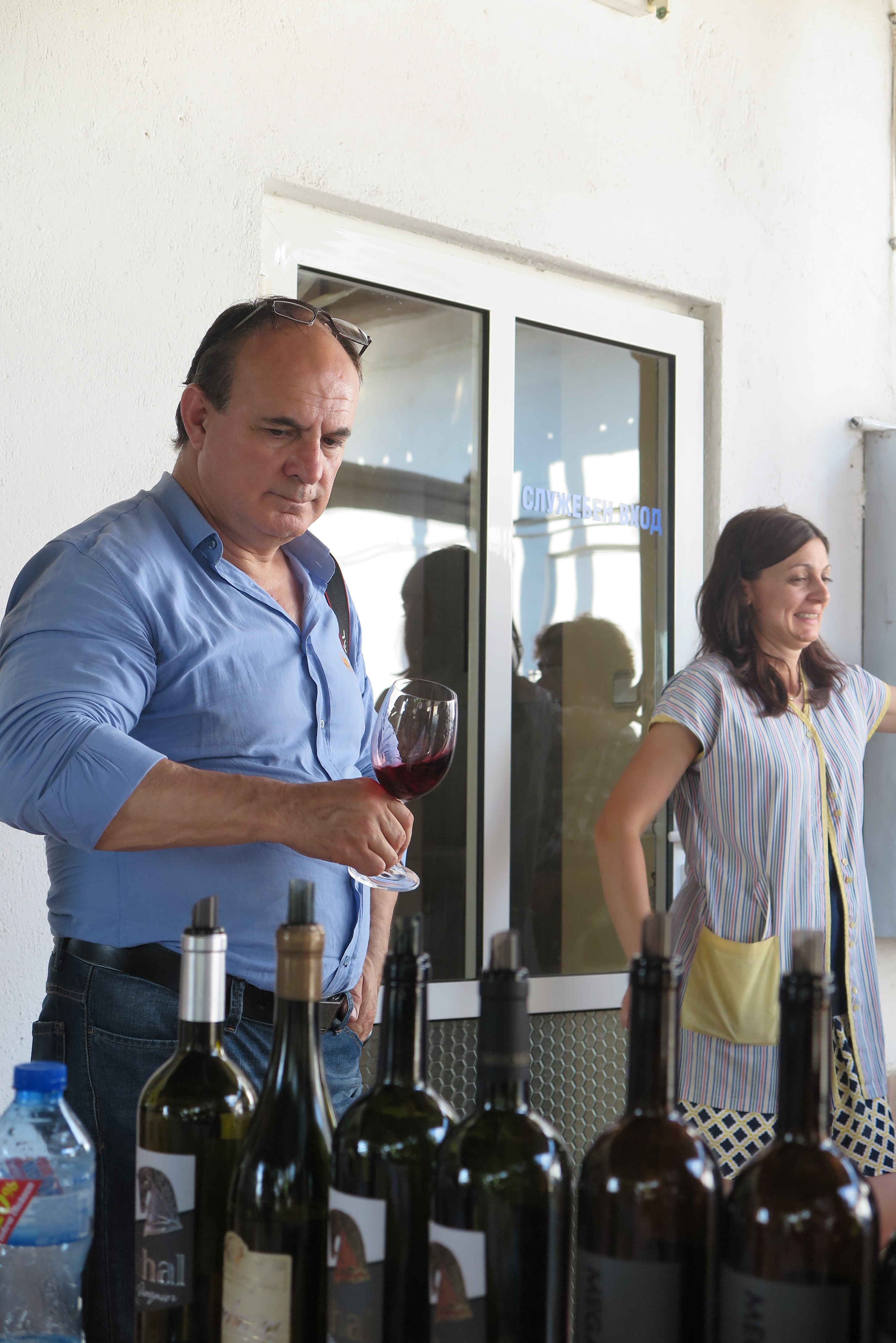 Kolarovo Syrah Premium 2011
Chateau Kolarovo is definitely one to watch out for.