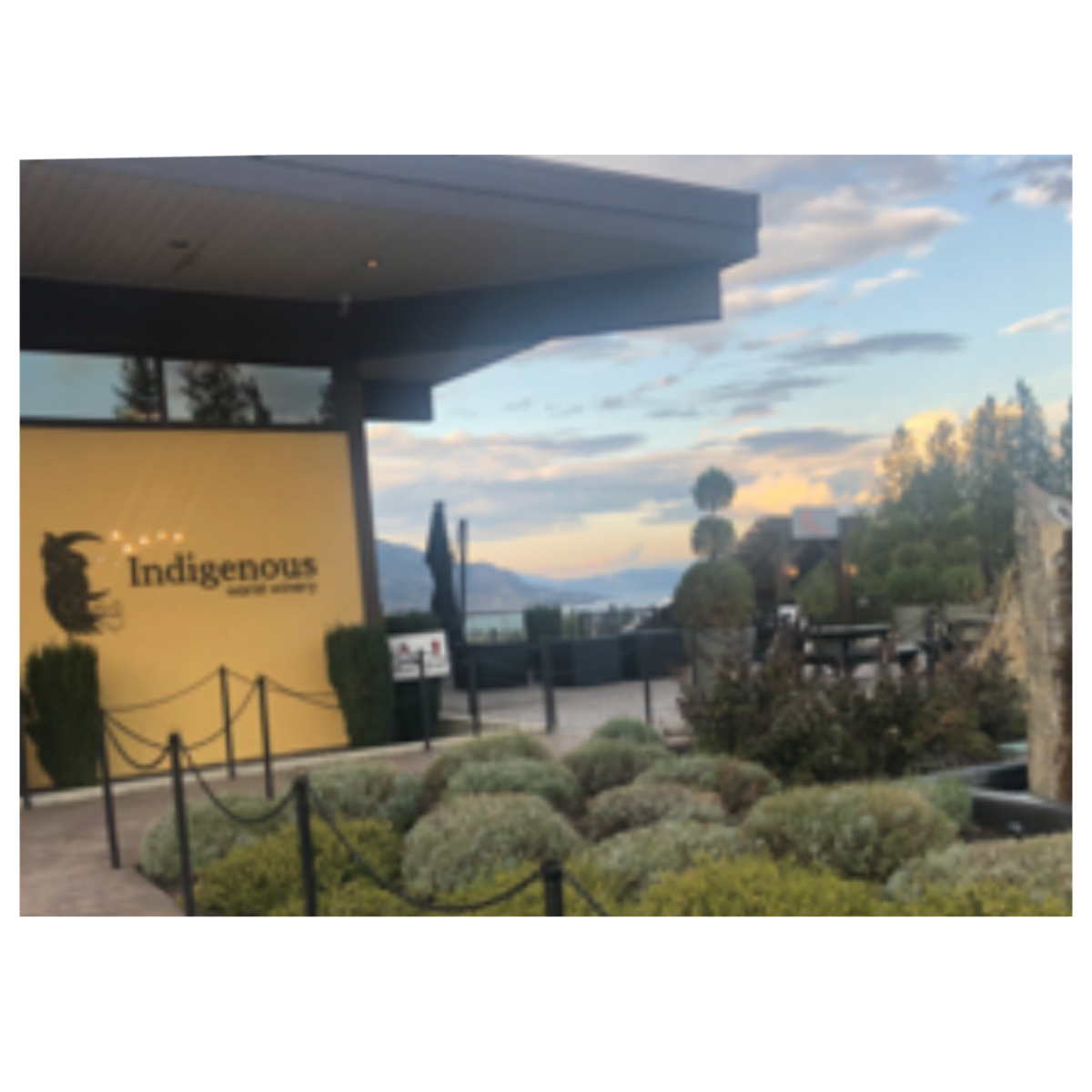 During my visit to Okanagan in October, I attended the Fall Okanagan Wine Festival, and also had the opportunity to visit British Columbia’s two Indigenous wineries.

50 Years ago, the first aboriginal winery in Canada, Nk’Mip Cellars was launched by former Osoyoos Indian Band Chief Sam Baptiste. Osoyoos, in British Columbia’s, (BC) Okanagan region is Canada’s only desert and its sandy soils are used for growing 40% Okanagan wines.

The Okanagan region is located in the rain shadow of the Cascade Mountains and has a dry and mild climate with no month having a below 0°C average temperature. The summers are hot and dry with temperatures occasionally topping 40 °C.

Nk’Mip Cellars, (pronounced ‘inkameep’), located on the Osoyoos Indian Reserve,is part of the development including the Hyatt’s Spirit Ridge Hotel, and the Sonora Dunes Golf Course. Owned by the Osoyoos Indian Band, Nk’Mip was the first Indigenous-owned winery in North America and is ideally located, having been rated a class 1 site according to 1984 Atlas of Suitable Grape Growing Atlas in the Okanagan, and Similkameen Valleys. Justin Hall, a member of the Osoyoos Indian band and current Winemaker arrived in 2004. Nk’Mip Cellars was awarded the 2016 Intervin Winery of the Year and #2 Winery in BC in 2018 from Wine Align. Nk’Mip varieties include: Pinot Noir, Merlot, Cabernet Sauvignon, Syrah, Riesling, Chardonnay, Pinot Blanc, Rose, and Ice Wine. 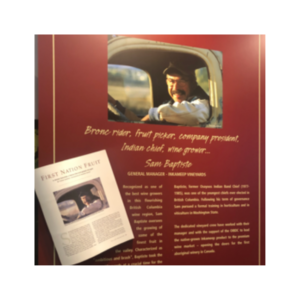 The Osoyoos Indian Band leases the majority of their 380 acres in the Okanagan, with 60 acres producing Nk’Mip’s 18,000 cases annually. Distribution extends to Alberta, Saskatchewan, and Manitoba.

With 5 leased properties and 2.5 acres of estate land, Indigenous World Winery produces just over 10,000 cases annually, primarily for the BC and Alberta markets.

Indigenous tourism is booming in British Columbia, allowing visitors the opportunity to explore indigenous culture and engage with communities they might not otherwise connect with. The Okanagan Region’s beautiful landscapes, rich history, wonderful hospitality, and award-winning wines deliver an outstanding experience for all wine lovers!