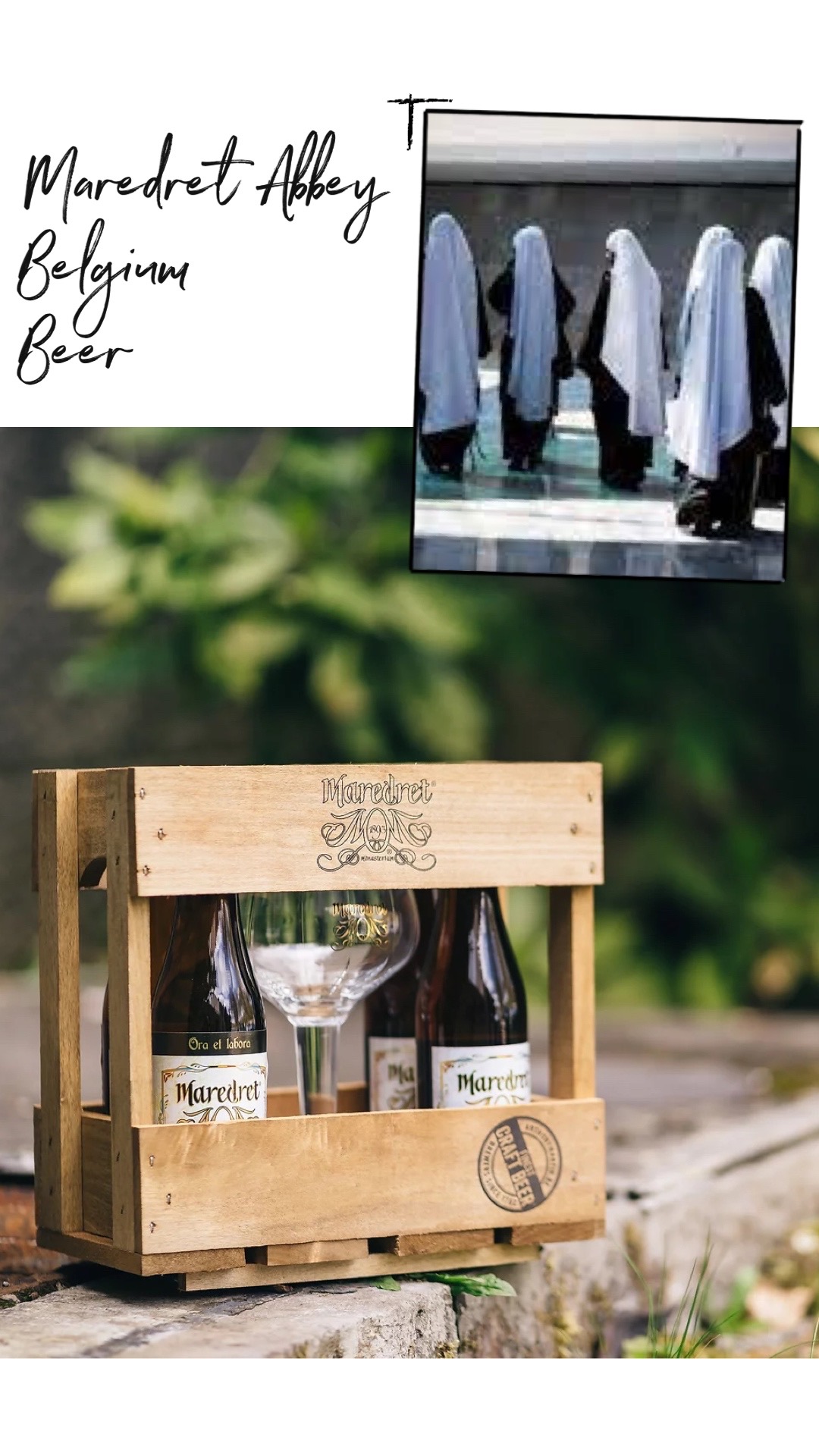 Maredret Abbey in Belgium is a 20-strong Benedictine community, founded in 1893. The Abbey’s nuns, struggling to scrape together the funds for much-needed renovation work, turned to brewing beer.

The Abbey teamed up with a brewer five years ago, in the hopes of producing beer infused with some of their history and values, in order to fix their leaky roofs and cracked walls.

Abbey beers, where a brewer pays royalties to use the Abbey name, are common in Belgium. But until now only monks have been associated with these brews.

The Belgian nuns, in association with brewer and importer John Martin, launched two beers this summer. Maredret Altus is a 6.8% amber beer using cloves and juniper berries, and Maredret Triplus is an 8% blond incorporating coriander and sage.

“It’s good for one’s health. It aids digestion. All the sisters like the beer, we are in Belgium after all,” said Sister Gertrude. Each nun is permitted to enjoy one bottle of beer every Sunday.

“We wanted a beer made from spelt, for which we have great esteem because of its virtues, as well as medicinal plants, since our aim was to make a beer that could improve the health of people. Our project was about respect for human nature, which consists of not eating and drinking just anything. A herbal beer met our goals of helping people with their health very well” says Sister Gertrude.

Spelt is a grain mentioned in texts by Saint Hildegard, a German Benedictine abbess from the 11th century who has inspired the Belgian order. Plants commonly grown in the nuns’ garden are also used.

Production is close to 300,000 bottles per year, according to head distiller and great-grandson of the brewer’s founder, Edward Martin. He predicts that this will rise to around 3 million in a couple of years. The beer has already launched outside of Belgium in Spain and Italy.

Maredret Abbey is just a kilometre from male counterpart Maredsous Abbey, whose beer, made by Duvel, is widely available.

‘All the sisters like the beer, we are in Belgium after all’, said Sister Gertrude