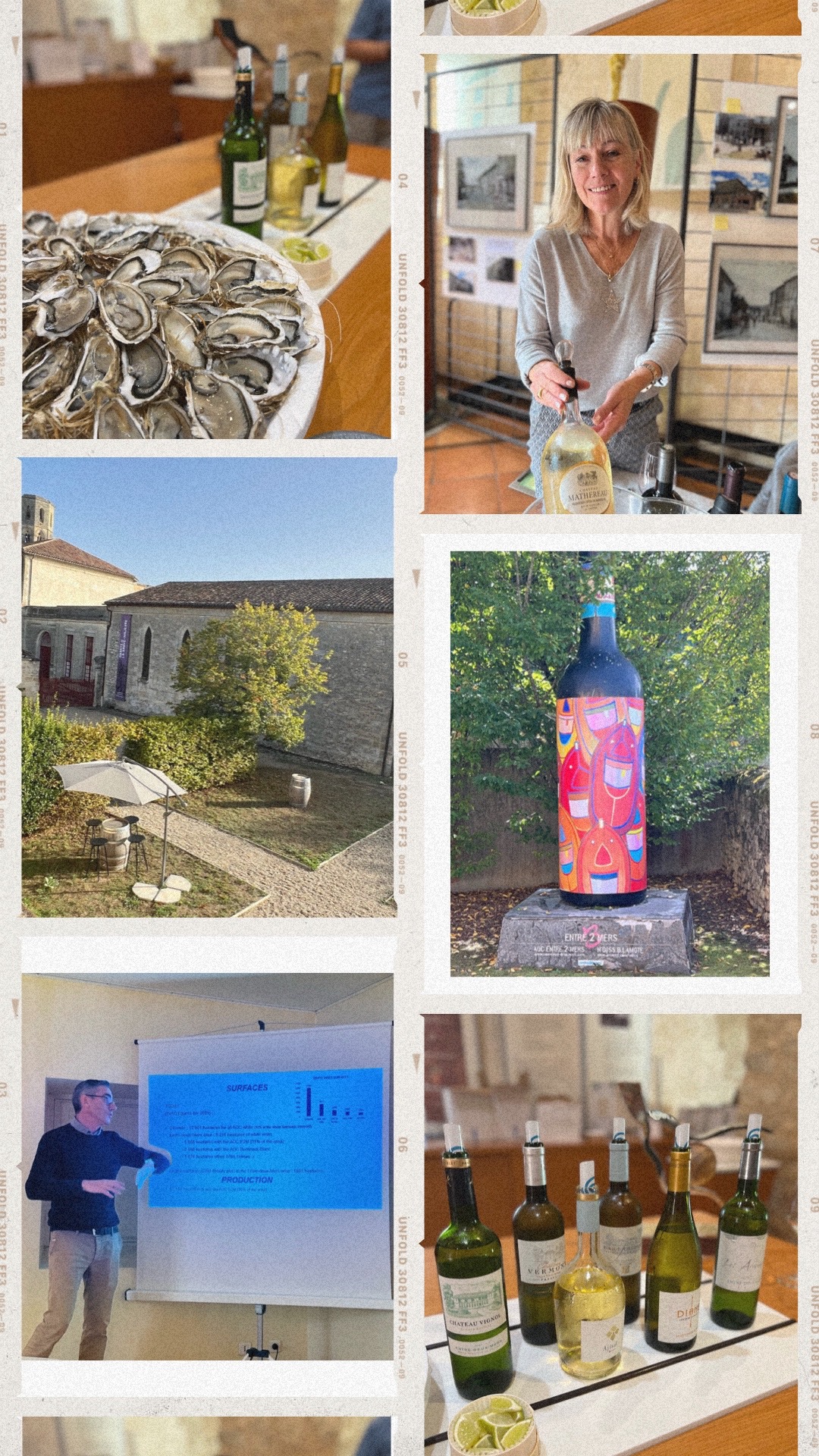 Frédéric Roger, Director of AOC Entre-deux-Mers gave a wonderful and detailed presentation to US/Canadian journalists and wine importers on the Entre-deux-Mers region yesterday at Wine Syndicate and House of Entre Deux Mers Wines, 16 rue de l’Abbaye, The Sauve, 33670.  Following the presentation was a three-hour “speed dating” with 10 local winegrowers, owners and producers so we can taste and learn about their wines – this was followed by a massive plate of oysters and light lunch.

Firstly, the Entre-Deux-Mers is a large region located 80 km southeast of the City of Bordeaux, and secondly, it is situated between the Dordogne and Garonne rivers.

Each winegrower, owner and producer expressed with exhilaration and passion the typicality of their terroir.  Their individual wine portfolios were also as diverse as their huge and wonderful personalities – this was a wonderful experience!

Some History
The Benedictine monks (in the Middle Ages) established the terroir and wines in this region. In 1079, Gérard de Corbie founded the Abbey of La Sauve-Majeure. The monks cleared the forest, planted the vines and worked to improve farming methods.  It’s interesting to note that they established trade with England during this period.

The Abbey of La Sauve is today the property of the State and was officially classified in 1998 as a UNESCO World Heritage Site.

According to the AOC Entre-deux-Mers regulations, the wines must be blended, with a minimum of two white grape varieties.

Muscadelle – this variety brings floral and fruit notes and flavours, and at the same time contributes to the complexity of the wines.

Sémillon  – offers notes of flowers, white and yellow fruits, pears, white peaches, and at the same time offers suppleness and roundness in the mouth. As a young wine, it is subtly discreet and reveals itself and expresses its aromas as it ages.

Sauvignon Gris  – gives aromas of exotic fruits and fatness to the wine.

1937 : the year the Entre-deux-Mers Appellation was established.
1953 : the year the decree defines new production conditions and designates the white grape varieties that will make up the blend: Sauvignon, Sémillon and Muscadelle [September 23 1953]