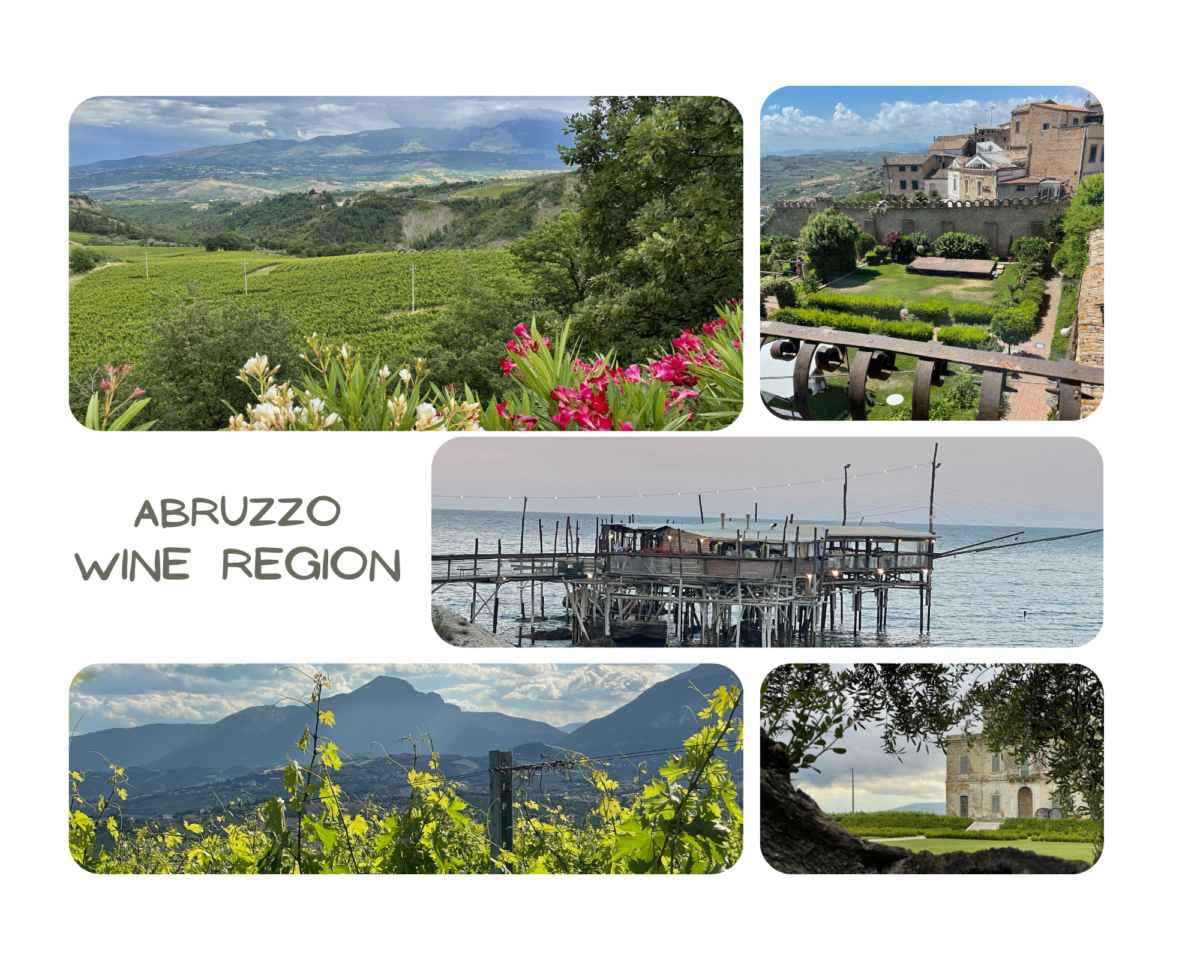 I discovered, during my recent trip to the Abruzzo wine region, that it’s in an “exciting phase of transformation” – there are a higher number of family estates; I see more wineries adopting organic farming; and the winemakers are moving toward terroir-focused wines – which are more complex and have distinctive characteristics of the region.

In the early 1970s through to 1980s, this region was dominated by large co-op wineries. During this period most families sold their grapes directly to the co-ops.

About the Abruzzo Wine Region
Abruzzo is an Italian wine region which is on the East coast of Italy, on the Adriatic Sea. I found the geographical features of Abruzzo to be quite extraordinary. It’s a rugged, mountainous region with an extensive rugged coastline, a landscape of lush green, scattered with national parks and forests. Abruzzo is situated between the Adriatic Sea (to the East), the Apennine Mountain range with the Maiella massif (to the West). Gran Sasso, one of Italy’s highest peaks at 2,912m (9,554 ft) can also be found here.

Fun Fact: According to local legend the native white grape “Pecorino” was named after the sheep that ate this grape in the vineyards.

According to the Consorzio Vini d’Abruzzo (the Consortium for the Protection of Wines of Abruzzo) this region currently has approximately 250 wineries, 35 co-ops, 34,000 hectares of vineyards – which produces over 1.2 million bottles of wine per year.

Weather
The coast has a Mediterranean climate – abundant sunshine, with average rainfall of 26 inches per year, followed by cold winters. Inland has more of a continental climate. with snow in the winter. In the high altitudes there are measurable diurnal temperature variations, combined with cool mountain air currents. There are also moderate temperatures on the slope-vineyards, which provides a mesoclimate for the vines.

Abruzzo Viticulture – Vine Training
80% of the vines are Abruzzo-pergola training system which was designed to shade bunches and to make harvest less arduous. The remaining 20%, which are mainly new plantings, have planted in rows with spurred cordon, free cordon, GDC.

Stay tuned for Part ll – Abruzzo Wine Region is in an Exciting Phase of Transformation, where I will do a deep dive into some of the estates.