Despite the challenges the past few weeks have presented, many wineries have successfully shifted their strategies and modified their businesses. They’re not only supporting their staff and customers, but also those on the front lines while keeping business moving.

Attend this free webinar, where you will hear from industry members across the three-tier system and learn what changes they have made, how they continue to adapt and what they expect in the coming weeks.

“The Evolving Landscape of the Wine & Spirits Industry” webinar will take place on Tuesday 5 May at 11:00 am EST. 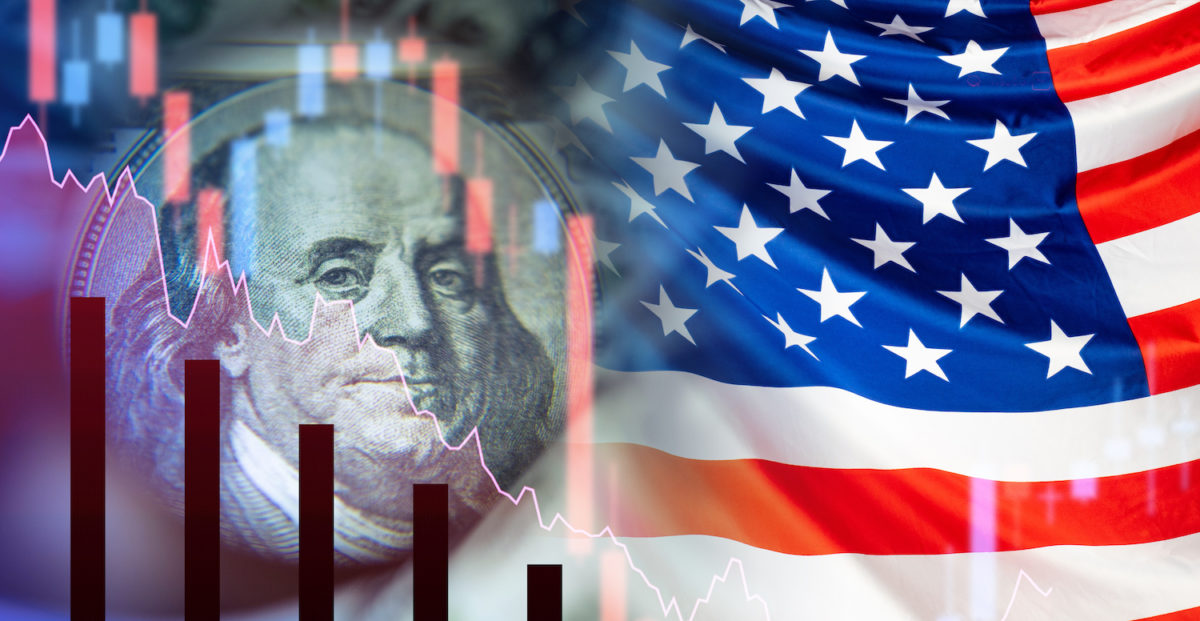 The average US winery lost US$51,201 from March 15 to April 15 and expects to lose a further $134,626 in May, due to the latest survey by industry association WineAmerica.

There is some cause for optimism.

Having released bleak figures back in March, the industry association has said the results of its second survey has brought in some more “uplifting” findings.

Last month, WineAmerica revealed that US wineries lost a total of US$40,439,764 in March due to Covid-19, but warned that the figure could be far greater as only 10% of the nation’s wineries responded to the information request.

In its second survey, the industry association found that the average winery lost $51,201 between March 15 and April 15 and expects to lose $134,626 in May if the current situation continues through to the end of the month. Wineries estimate that it will take an average of four months to return to normal business levels.

This survey was returned by 727 wineries in 45 states, a smaller survey sample than the first.

It revealed that wineries have resorted to ingenuity in order to bring in money. The most popular new strategy was offering curbside pickups, with 84% of those surveyed saying they had done this. 63% said they had reduced shipping costs, 60% had offered special promotions, 54% had carried out local home deliveries, and 53% said they’d put out ‘wine club specials’.

28% revealed they had engaged in the growing trend of virtual wine tastings. Just 5% of those surveyed said they hadn’t tried any of these initiatives.

WineAmerica stated that it was “highly likely” that the marketing experience and willingness to adapt will “serve the industry for years to come”.

15% of those surveyed said they had been forced to stop production, however, 62% said that production speed had been reduced due to Covid-19.

Due to the global pandemic, the average American winery had to lay off five members of staff, although a quarter of those surveyed said they didn’t make any job cuts.

As expected, wine tourism has taken a huge hit. The average winery in America has 17,644 annual visitors, with 1,482 expected during the 15 March to 15 April period. Due to coronavirus, visitor numbers were down by an average of 90.5% and tasting room sales fell by 74.5%. However, direct-to-consumer (DtC) sales increased by 8%, with many wineries reporting sales rising by double or triple digits.

WineAmerica president Jim Trezise said that wineries and tourism “have a symbiotic relationship” and described visitors as being “the lifeblood of the industry”.

He said that marketing innovations “have mitigated losses due to closed tasting rooms, but not entirely”.

As some states start to lift lockdown measures, Trezise says WineAmerica is working to develop “best practices for tasting rooms” that will both protect the safety of visitors and employees. 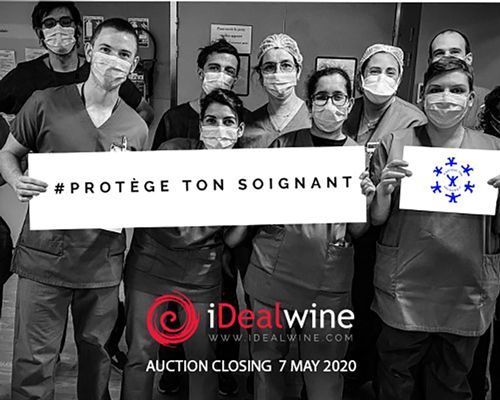 Unveiled this week, the auction will run until May 7. The auction includes Château Lafite Rothschild 1996 in a double magnum, and a range of large formats Bordeaux such as Pichon Baron, Phelan Segur and Suduiraut, and Salmanazars from Domaine de la Solitude, Domaine Albert Bichot and Champagne Drappier.

All proceeds will be donated to the #ProtegeTonSoignant collective which is a multidisciplinary team that identifies hospitals’ urgent needs, to buy and deliver the medical equipment.

The auction will be live from April 27 until May 7 2020 on the iDealwine.com site.

The auction will be administered by International Wine Auction, the certified public auction operator and subsidiary of iDealwine.

All proceeds [the hammer price and buyer’s commission (19% excluding tax)] will be donated to the collective. The wines bought will be shipped to buyers by iDealwine (shipping fees apply), or will be available for collection at the iDealwine warehouse (in Paris) after the end of lockdown. 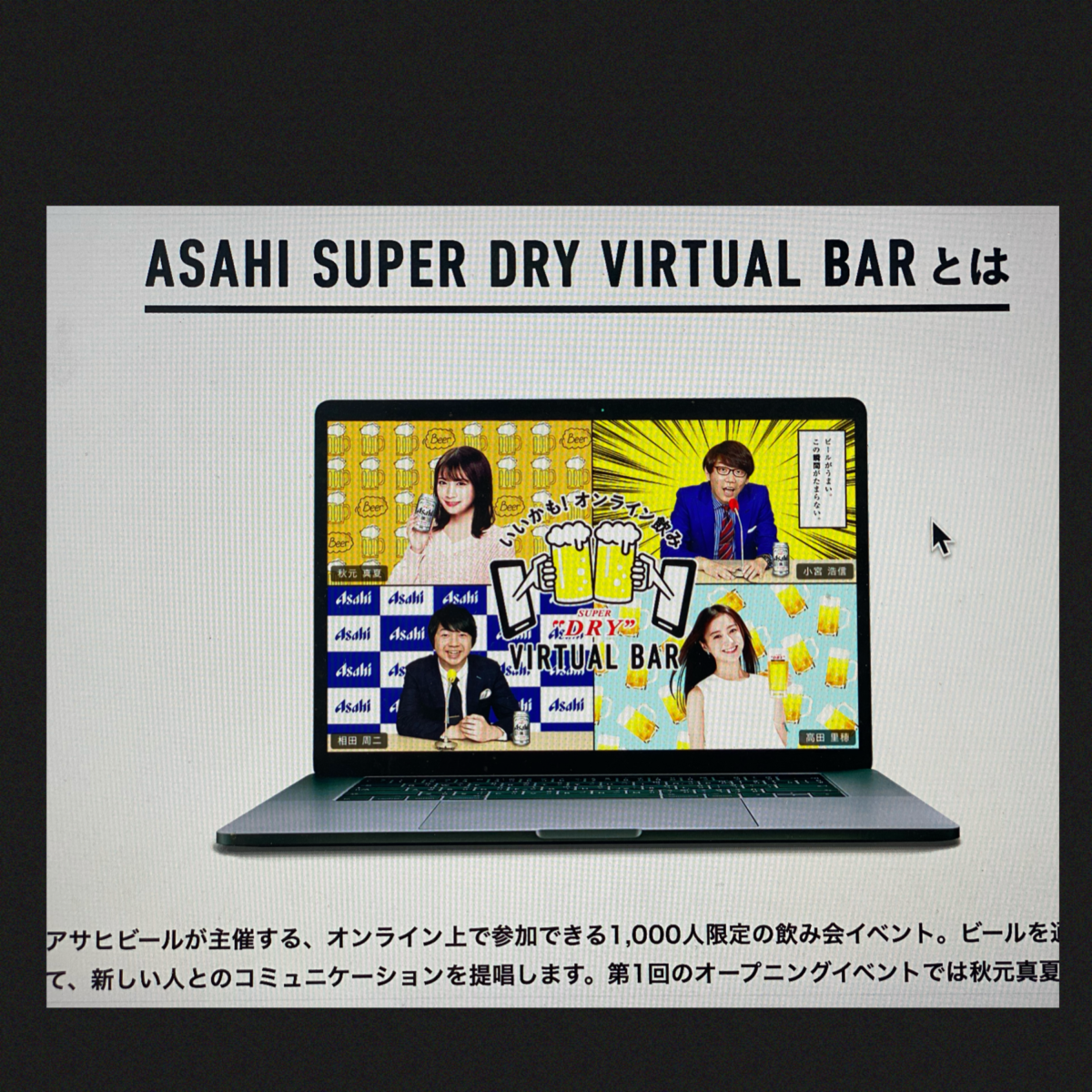 Their flagship brand Asahi Super Dry will be leading event. The platform being used is Zoom and it will be hosted by well-known comedians and brand ambassadors. 1,000 consumers will be attending. Also, Zoom background designs featuring Asahi Super Dry are available for participants.

The company is planning four virtual bars over the coming weeks.

Virtual drinking and dining events have become popular since countries started social distancing measures. Asahi is attempting to leverage this growing trend on an ambitious scale.

Earlier this month, Japan extended its state of emergency from Tokyo and selected prefectures to the entire country. The government requested consumers to stay at home and not to visit venues including bars and restaurants.

Asahi, the beer market leader in the country, has responded quickly to the new situation, in order to continue to engage with consumers. Tomorrow’s inaugural event has been heavily promoted on its social media platforms.

According to GlobalData’s latest ‘Coronavirus (COVID-19) Tracker Consumer Survey’, more than half of consumers from the 11 countries surveyed say that they are spending more time browsing social media. Indeed, some of them have been spending all day every day online since the outbreak of COVID-19. Digital marketing is now more important than ever, not only for brands in Japan, but also globally to connect with consumers. 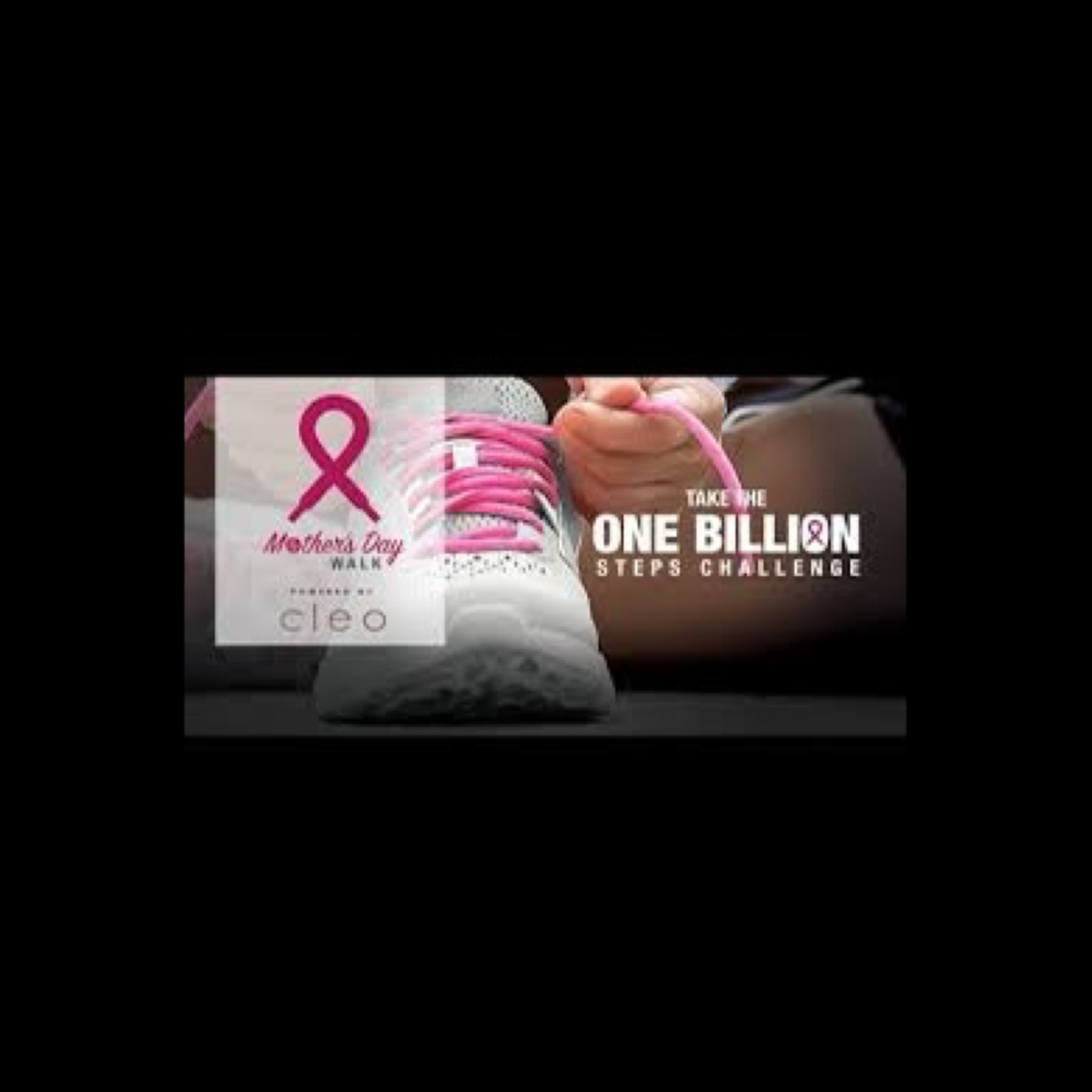 For nearly 30 years, thousands of walkers have joined us at our Annual Mother’s Day Walks, powered by Cleo. This year, things are different, so rather than getting together, we’re inviting everyone to take part in the One Billion Steps Challenge for Breast Cancer Research every day in May.

“It’s an opportunity to do something good for yourself while doing something to help prevent 14 Canadian women from dying of breast cancer every day,” said Kimberly Carson, CEO of the Breast Cancer Society of Canada. She continues, “It’s important now more than ever to remain active for both our physical and mental health. We encourage everyone to get active throughout May – and to get your steps in however it’s right for you. You can be inside in your living room, or in your backyard – wherever it is safe for you.”

Together We Will Reach One Billion Steps!

Everyone is invited to register at mothersdaywalk.ca and have their steps count towards the One Billion Steps Goal! We have some great exercise videos and incentives to motivate everyone to get active throughout May – whether walking, stepping, exercising or dancing.

Challenge your family, friends and colleagues!

Stay active all throughout May! Our mobile app will track your ranking against the entire pool of participants, and you can share your achievements on your social media channels.

There is no cost to join and we have incentives for everyone who raises more than $50 in donations.

Before May 1, we will send you the mobile app (iPhone and Android) that will track your steps from May 1- 31.

CEO of Cleo, Lisa Hryciuk is taking the One Billion Steps Challenge, challenging her colleagues to do 20,000 steps every day in May. “It’s a big goal, but there’s work to do – more than 26,000 Canadians are diagnosed with breast cancer every year! Cleo is proud to have supported the Breast Cancer Society of Canada and its mission to save lives through breast cancer research for 18 years.”

The Breast Cancer Society of Canada has partnered with GenWin to provide the One Billion Steps Challenge. “Once registered, participants will receive a link to download a mobile app which will track steps and fundraising progress. It’s easy to invite friends and family to support you or to challenge them to participate,” said Moody Hashem, CEO of GenWin.

We’re challenging all Canadians to join the One Billion Steps Challenge to help save lives through breast cancer research!