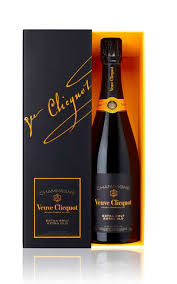 The international launch event for the cuvée was hosted a few weeks ago by cellar master Dominique Demarville, who announced that the new creation is a result of the richness of the wines he used to make the Champagne.

The notion behind the creation of the enriched cuvee was to create a blend dedicated to extra brut, but also to bring out the imminence of reserved wines. Demarville started out with a vision of displaying how reserve wines are aged at Veuve Clicquot and showing how important they are for Yellow Label. He succeeded in creating the special Veuve Clicquot Extra Brut Extra Old which is an unique combination of reserve wines from six different vintages, including – 2010, 2009, 2008, 2006, 1996 and 1988. Further, a dosage of 3 g/l places the blend in the Extra Brut category, which is used for Champagne with 6g/l of sugar or lower.

The blending and maturity cycle for the cuvée takes almost three years in the bottle and another one year to age in Clicquot’s cellars post-disgorgement. This cuvee is limited to a very small production of 30,000 bottles. 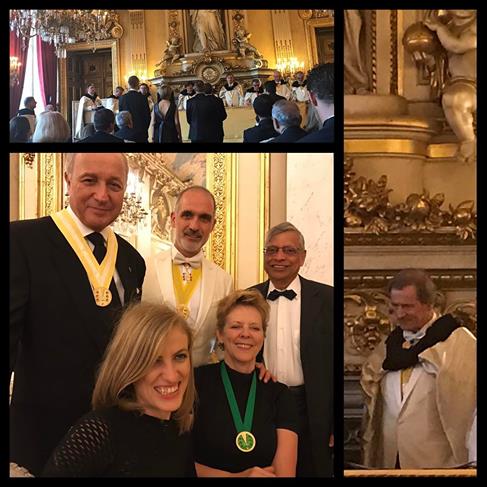 Toronto, April 18, 2017 – Liz Palmer was inducted as a Dame Chevalier de Coteaux de Champagne April 7, 2017. The black-tie award ceremony and dinner took place at Ministere des Affairs Etrangers, Paris, with over 300 members of the Ordre, guests and honorees which included restaurateurs, sommeliers, and personalities from the world of politics, media, stage and music.

Liz Palmer is a well-respected wine journalist since 2004 and has an international reputation as a critic and judge. She has had the pleasure of interviewing and tasting with some of the industry’s leading winemakers, professors and personalities.

Her articles have appeared in national and international magazines. She is one of four founding international hosts for #ChampagneDay 2011-2017; she has served as a judge for the 2013-2017 Global Traveler’s Wines on the Wing airline wine competition (New York); 2014-2017 Michelangelo International Wine Awards (South Africa) 2014-2017; and for The Stevie Awards for Women in Business (New York) (2014-2017).

Liz Palmer’s first book, “The Ultimate Guide to Champagne” has received the National Award for the best French Wine Book at the Gourmand World Awards 2017.

Liz continues to support the wines of Champagne through workshops in Toronto and champagne tourism.

“I am deeply proud to be honoured by the most notable Champagne fraternity in the world.  I would like to sincerely thank Michael Drappier, former Commandeur of the Ordre, and Philippe Manfredini of Champagne J. de Telmont for trusting and believing in me.”

“This evening not only celebrates Champagne but also demonstrates the importance of its name, its history and its tradition, which is unparalleled anywhere else in the world.”

“I’m so happy that my family from London, Canada and France could join me and witness this extraordinary event!”

The evening followed a strict protocol, with an induction ceremony, followed by a champagne reception, then an elaborate celebratory dinner.

The trumpets sounded to announced the arrival of members of the Council, who took their place at a long table in the front of the room. The inductees were called individually to the members of the council and their career achievements were cited. Pledges were sworn, medals were bestowed and Champagne was sipped. The ceremonial pomponne is a long silver stylized antique Champagne glass.

The Ordre Des Coteaux De Champagne, one of the most notable Champagne fraternities in the world, is driven by celebrating the wines of Champagne and their diversity. Membership of the Ordre is granted exclusively to selected wine experts, professional restaurateurs, sommeliers who have contributed significantly to the commemoration and development of Champagne.

During the mid-17th century a group of aristocrats at the court of Louis the XIVth, namely: Mortemart, Ollonne, Brousse and the satirist Saint-Evremont, founded the Ordre. They were wine connoisseurs and particularly fond champagne from the three “coteaux” (hillsides) Ay, Avenay and Hautvillers. Hence the name given to this association “Ordre des Coteaux”. It disappeared shortly before the revolution. Around1956 a group of “champenois” led by Roger Gaucher and Francois Tatittinger decided to revive the “Ordre des Coteaux”. Taittinger, Laurent-Perrier, and Mumm were among the founding members.

There are three ranks in the Ordre Des Coteaux De Champagne Chevalier, Officier and Chambellan.